From digital capitalism to the “spincerity effect”: an expansive anthology collects the writings of critic Mark Fisher. 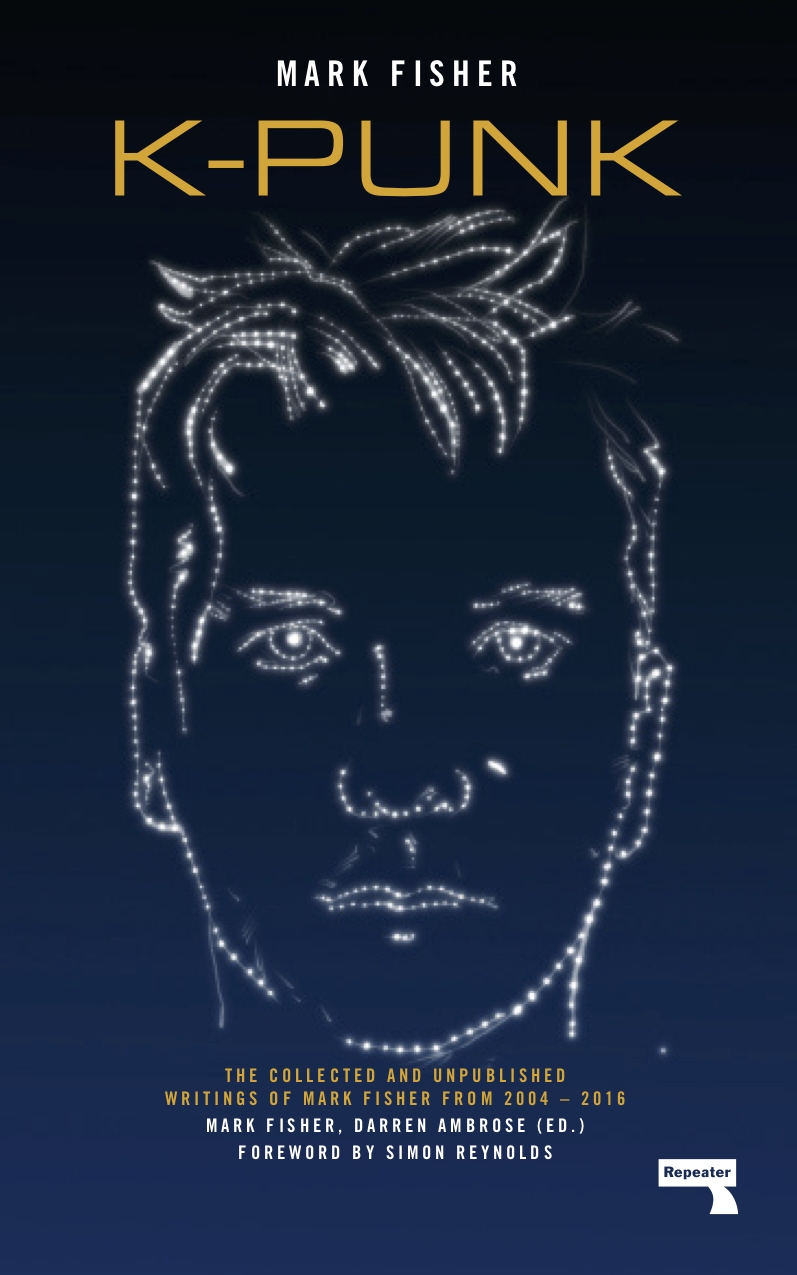 In some ways the English critic Mark Fisher, who took his own life in January of last year, aged just forty-eight, was a failure. His books—among them Capitalist Realism, Ghosts of My Life, The Weird and the Eerie—were published by small independent presses and never reviewed in the likes of The Guardian or New York Review of Books. He didn’t get profiled as an up-and-coming thinker or get signed to deliver TED talks. (The very thought!) Tenure-track jobs seemed to elude him. For much of this millennium he eked out a living writing record reviews, teaching on hourly contracts, picking up freelance assignments. He embodied the precarity he anatomized so vividly.

Yet Capitalist Realism, which argued that it had become easier to imagine the end of the planet than the end of capitalism, and which explored the links between neoliberalism and mental health, found a huge underground readership. His blog posts and magazine writings were hailed by musicians such as Mark Stewart, the Caretaker, and Kode 9. Fisher’s PhD was bootlegged and published by a shadowy Brooklyn collective named exmilitary. At London’s Goldsmiths College, where he last taught, friends and colleagues—among them Kodwo Eshun, one half of artist filmmakers the Otolith Group—devoted two months to his philosophical texts and cultural productions; they called it the Fisher-Function.

Now there is K-Punk: The Collected and Unpublished Writings of Mark Fisher, which brings together entries from his k-punk blog; essays in magazines such as frieze, The Wire, and Electronic Beats; transcripts of talks; and political commentary in The Occupied Times and for the openDemocracy site. Most readers discovered him through k-punk and its analyses of cinema, pop music, children’s television of the 1970s, science fiction, psychoanalysis, sport, and digital capitalism. The pieces were fierce, demanding, fissile. They channeled the righteousness and rigor of the British music weeklies on which he’d been weaned. These publications’ writers, among them Ian Penman, Paul Morley, and Simon Reynolds (the latter contributing a foreword here), treated criticism as something that should be partisan, unreasonable, intensifying, culturally galvanizing.

Fisher carried the torch for these values even though by then the music press was in terminal decline and criticism more generally was morphing into mere “content,” consumer advice (“Thumbs up!”, “Five Stars!”), and flavorless and increasingly short-form fodder to be quantified by aggregation sites. In the 1990s he’d been part of the Cybernetic Culture Research Unit at the University of Warwick, where a coterie of disaffected para-academics, egged on by Bataille scholar Nick Land, had amalgamated drum ’n’ bass, H. P. Lovecraft, and Deleuze and Guattari. They wanted philosophy to be stripped of its musty, seminar-room odor and to be libidinal, to convey the same heady disorientation as hardcore DJ culture, to be treated as a kind of fiction.

Fisher reveled in neologisms such as “interpassivity” (which social media trades in) or “the spincerity effect” (of media-savvy politicians such as Tony Blair). His metaphors and similes were often drawn from Hollywood (“Neoliberalism is finished as a project, even if it lurches on, thrashing around like a decorticated terminator”). Grace Jones he likened to a “neurobotic femachine. The mechanical bride stripping her bachelors bare.” He described the dubstep of recessive producer Burial through the prism of J. G. Ballard’s speculative fictions (Burial’s first LP, he wrote, evoked “Edward Hopper sound paintings of London after the rave. . . . All day cafes and night buses glowing like diving bells in the undersea murk of the early hours. . . . A drowned world catastrophe leaking back in time”).

His prose could be cold, sad, sometimes deliberately estranging. In an essay about how surrealism is dead if it’s merely an aesthetic style, he adds, “It comes unlive again when it is instantiated as a delirial program (just as punk comes unlive when it is effectuated as an anti-authoritarian, acephalic contagion-network.)” Is this pretentious? Fisher says that pretentious prose is preferable to the “soporific linguistic screensavers” of most cultural discourse. In its attempts to represent strange, emergent forms of experience and art, he believes pretentiousness can be a “visionary force.” Certainly, no one has written more suggestively about Chicago footwork producer DJ Rashad, whose records he compares to “the ‘bad’ infinity of the animated GIF, with its stuttering, frustrated temporality, its eerie sense of being caught in a time-trap.”

Like the prisoner in Chris Marker’s La Jetée, k-punk appeared to be a time traveler sifting through media, scanning contemporary culture, examining it for symptoms of something that had gone disastrously wrong. Just when theory seemed defanged and entombed within academia, Fisher made it live again, as when he discussed Dido’s Life for Rent and Sex and the City through the lens of Sartrean existentialism (not included in the book), or when he leaned on horror writer and theorist Thomas Ligotti’s The Conspiracy Against the Human Race to consider why the toys in Toy Story seemed limp and inanimate in the presence of humans. “Consciousness,” Fisher speculates, may be “not a blessing bestowed on us by a kindly toymaker standing in for a beneficent God, but a loathsome curse.”

This volume, edited by Darren Ambrose, excludes some elements of what made k-punk so compelling: its stark graphics that resembled the sleeve notes of a chiliastic postpunk LP, the oblique photographs Fisher included, the comments section that, for a short while, made his and other blogs seem on the cusp of forming a genuine alternative public sphere. (Although traces of his identity-masking interlocutors are evident as, for example, when he writes in one post “As Savonarola said to me . . .”)

What is clear is Fisher’s terrible acuity at describing the present day—its noise, its plenitude, mediations, flatness, psychological toil. His final, not-quite-finished piece from 2016 was a brilliant evocation of his horror at seeing images of Hillary Clinton’s team perform the “Mannequin Challenge” on board an election plane. “This simulation of stasis,” he wrote, “reminiscent of the eerie scenes in Westworld in which the android-hosts are temporarily put into sleep-mode—actually revealed what the Clinton campaign was composed of: decommissioned political robots playing out an exhausted programme one last time before being permanently taken offline.” Within a couple of months, Fisher, no stranger to depression, would himself go permanently offline.