In Dreaming of Lions, a Cuban troupe choreographs Hemingway. 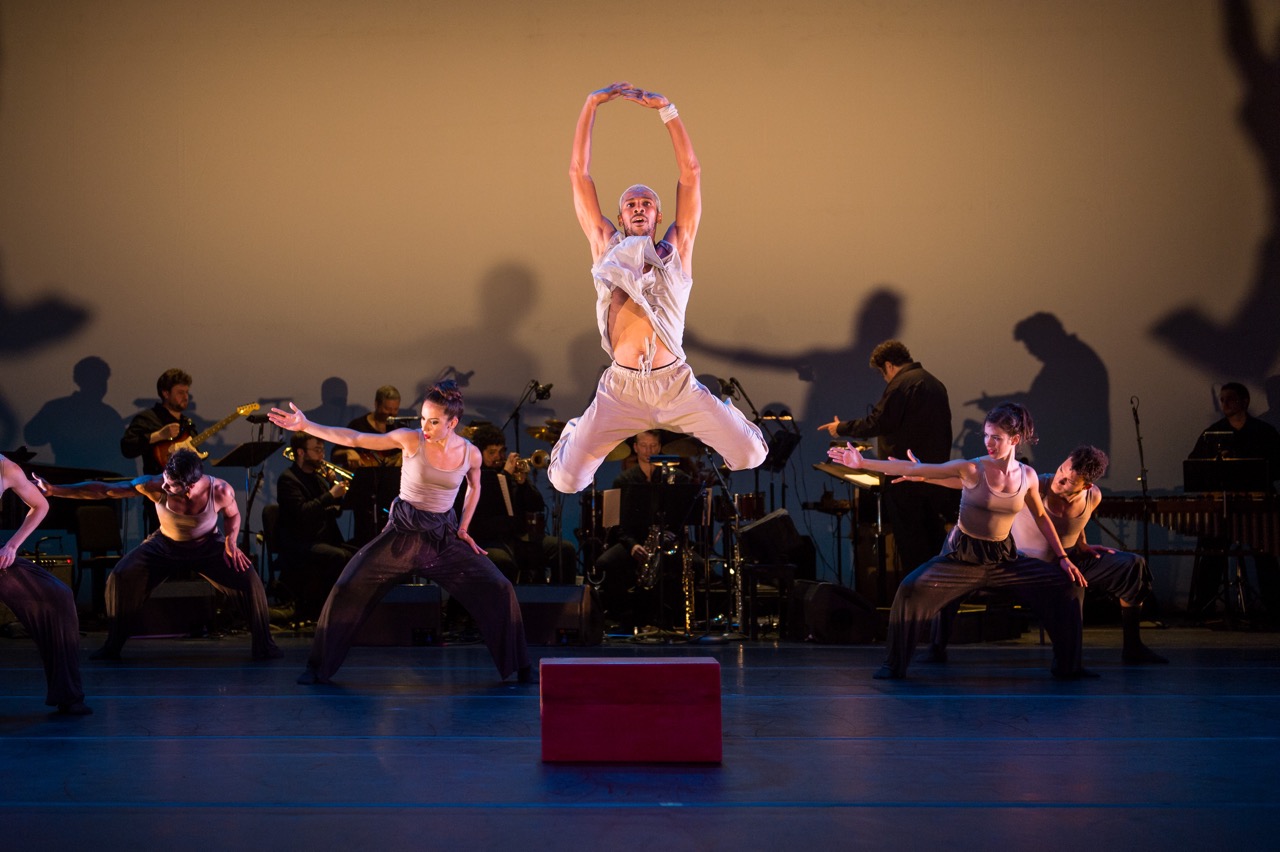 From a gringo perspective, Cuban modern dance has enormous potential and a persistent problem. The island boasts one of the world’s greatest cultures for music and dance, one of the most potent and influential hybrids of European and African elements—like ours, but excitingly different. Cuban dancers, raised in that culture and trained in a robust socialized system, commonly grow extraordinary. The Cubans who fill the ranks of ballet companies around the world are famous, but the country also has a lesser-known modern tradition, derived partly from Afro-Cuban customs and partly from the American technique of Martha Graham and her contemporaries, though for decades almost none of this modern work could be seen in the United States. By the time that politics allowed Cuban troupes to visit, what they brought looked either antiquated or like a bad copy of something European: wonderful dancers with no choreographers who appealed to an American sensibility.

So, for a Cuban dance troupe touring the United States to base a work on Hemingway’s The Old Man and the Sea—as Malpaso Dance Company did for its debut at the Brooklyn Academy of Music—is a neighborly gesture, and good marketing, too. The familiarity of a novella long assigned in American high schools balances well with the perennially exotic appeal of Cuba. And the tale, set on and near that island and largely written there by a famous aficionado of the place, carries subliminal, nostalgic associations of an era before the Cuban Revolution, when exchange between the two countries was freer. 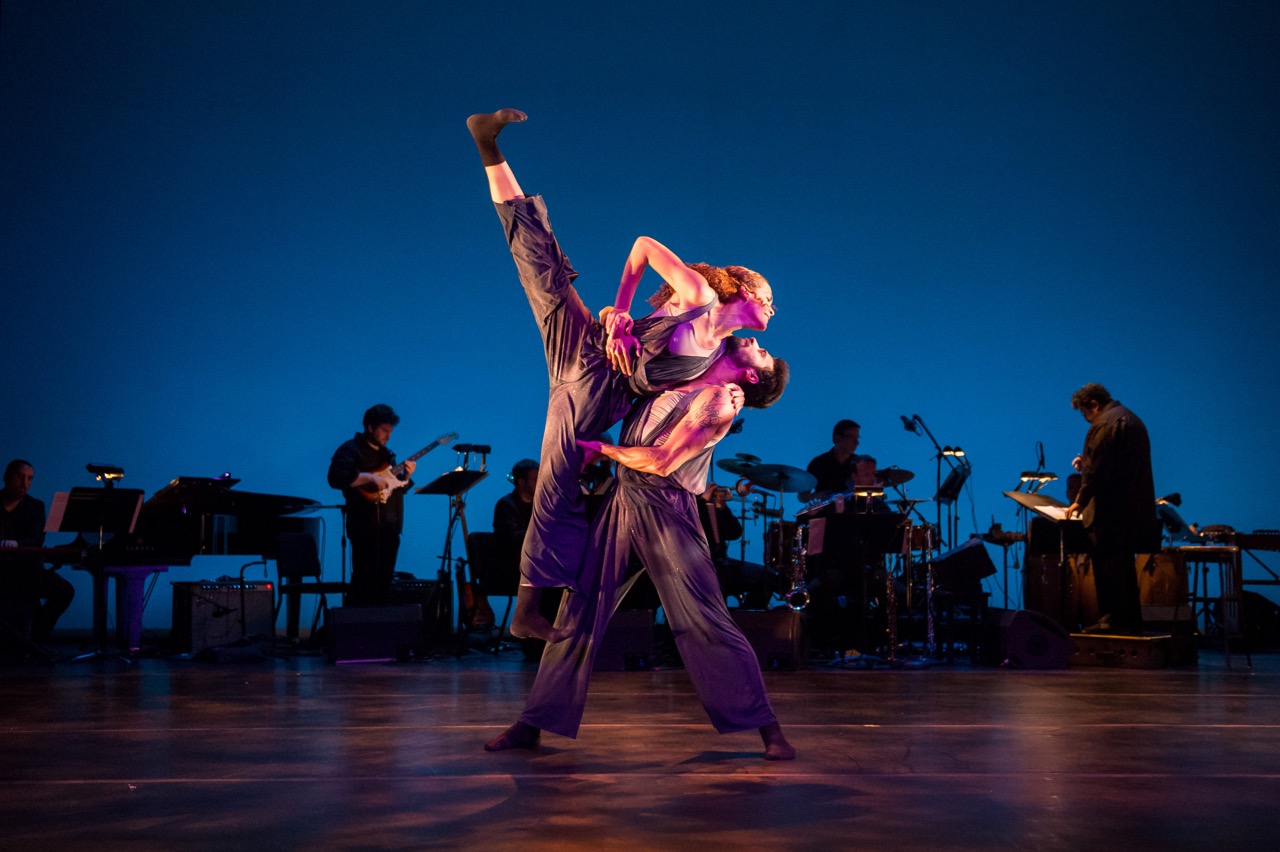 Such a gesture isn’t surprising from Malpaso. Almost since its founding in 2012, the company has been tacking northward. The name, Spanish for “misstep,” jokes about the mistake that Osnel Delgado was assumed to be making when, at age twenty-five, he left Danza Contemporánea de Cuba, the country’s leading modern dance troupe, to start his own ensemble, developing his own choreography and vision. The move was bold: to go without state funding in an economy still almost entirely dominated by the state.

Such risky entrepreneurship paid off the following year, when New York’s Joyce Theater, anticipating the opening of US-Cuban relations under Obama, sent the esteemed American choreographer Ronald K. Brown to Havana, on a mission to choose a Cuban troupe and make a work for it. He picked Malpaso, which performed his Why You Follow to acclaim at its US debut in 2014. Each year since then, Malpaso has been invited back to New York, and these appearances, coming amid announcements of normalization and loosening restrictions, have led to more engagements for Malpaso across the US—far more than any other Cuban contemporary dance troupe can match.

Last May, when I visited Havana and saw many troupes, I could easily understand why Brown chose as he did. It’s the same reason why Trey McIntyre, another top-shelf American choreographer, has fallen in love with Malpaso and donated works. The Malpaso dancers are marvelous movers, but that’s not unusual in Cuba. What’s special about Malpaso is its esprit de corps: unpretentious, unguarded, giving. The troupe’s early success in finding an American audience flows from more than just the luck of timing.

But in basing a dance on Hemingway’s story of a fisherman who tries to change his luck by taking his boat into deeper waters, Delgado has ventured into deeper waters himself. Prior Malpaso programs have combined fledging works by Delgado with superior pieces by more mature choreographers, such as Brown and McIntyre. Dreaming of Lions is an hour-long work by Delgado, floating or sinking on his own. 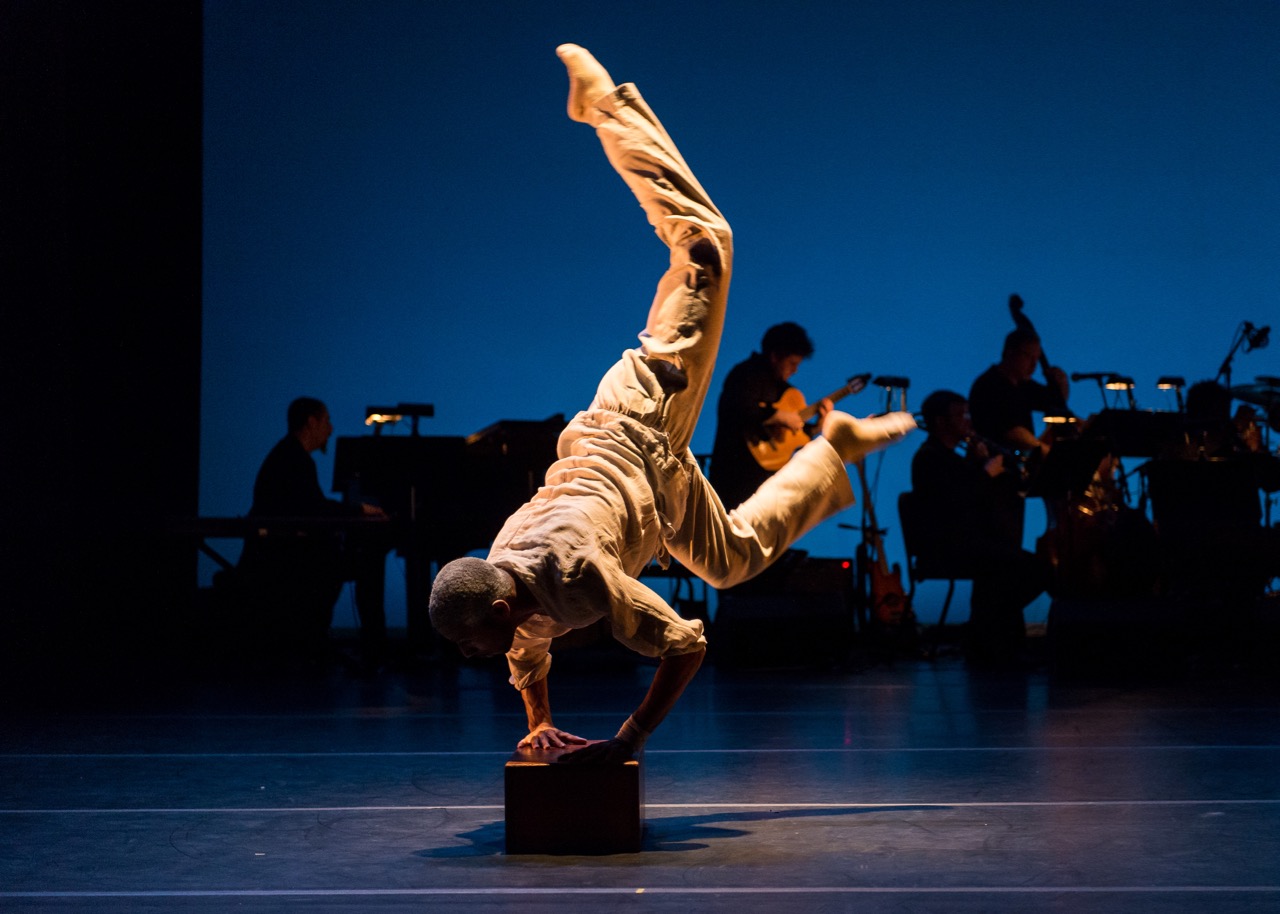 Dreaming of Lions floats, but aimlessly. The Hemingway allusion sets up waves of frustration. There is an old man in the dance, or at least one with whitened hair: the lithe choreographer, who (like few old men) sometimes balances on his head with his legs spread straight as the horizon line. A small box nicely suggests a cramped boat, and another dancer seems to represent the faithful boy in the novella. But the story is missing—not just the central struggle between the old man and the giant marlin, but the anecdotes and memories that hang around the main tale like little fish around a big one.

Occasionally, a hint of story tugs on the line of audience attention. Look: that dancer is a wide-eyed fish caught on a lure! But then what follows is conventional and unspecific: a trio among the man, the boy, and the fish that has little to do with fishing. Similar disappointments keep surfacing. A dance need not be narrative, of course. Yet if a choreographer wants to ignore Hemingway’s narrative tension (and the careful, almost imperceptible way it reels you in before you even realize that you’ve been hooked), he must substitute some other pull.

Delgado’s physical vocabulary (here, but in previous pieces as well) has an oceanic quality—habitually low-slung and crouched, always coiling and uncoiling and rolling sinuously, but periodically kicking up legs or springing skyward like a dolphin jumping. The dancers come and go, akin to tides or schools of fish. These patterns and shapes, though, aren’t engaging enough on their own. Movements return without accruing significance or feeling, and without a clear sense of why one part follows the next, why this duet follows that brief solo, the dance becomes as soporific as the open sea on a calm day. 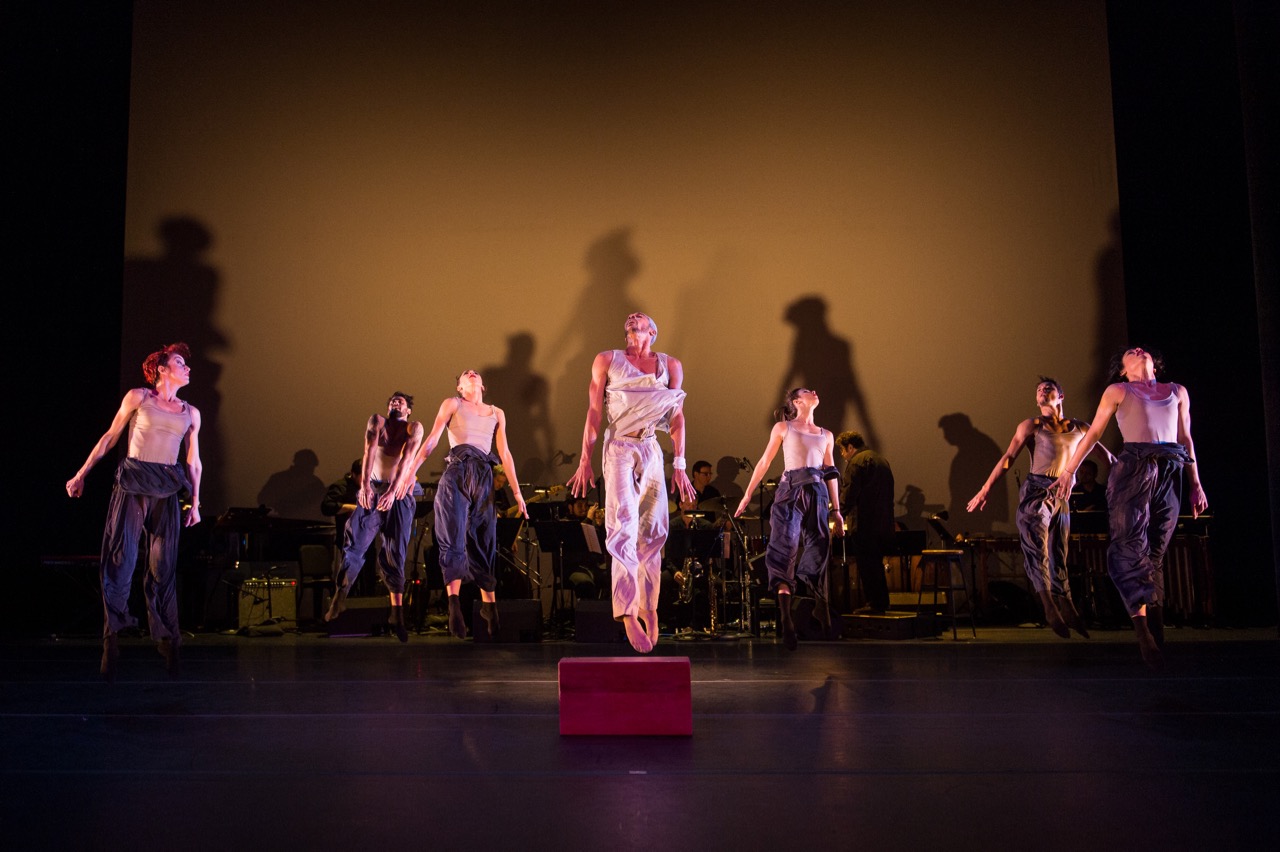 Mostly, Delgado’s choreographic choices seem to follow the music, an original Latin jazz score by the Cuban-American composer Arturo O’Farrill, played live by his Afro Latin Jazz Ensemble. The score is pleasant but uninspired, and its suite-like alternation between percussive grooves with stabbing horns and sections of wistful softness doesn’t offer the dance sufficient drive or direction.

The music, moreover, doesn’t help supply what’s most missing. You can recognize Hemingway in one sentence; Delgado’s choreography could be anyone’s, from anywhere. It’s not that he needs to mimic Hemingway’s style, though a choreographer could learn a lot from the writer’s laconism and exactitude, his ability to conjure effects of extreme subtlety out of very simple materials. Delgado has yet to discover a style of his own.

What he has now is himself and his dancers: their training and their spirit and their hunger for fresh experience. The truest match between Dreaming of Lions and The Old Man and the Sea is in them, in their dignity and humility, their skill and endurance. Hemingway could have seen the value in that, at once aesthetic and moral: something to work with.

Perhaps The Old Man and the Sea wasn’t the right subject. It’s a book about an old man written by a master artist in his fifties; the fisherman’s dream of lions is a memory from his youth. Delgado is too young for such dreams. Even now, as the political winds appear to be shifting again, he should be imagining what he still might do.

Brian Seibert is the author of What the Eye Hears: A History of Tap Dancing, which was a finalist for a National Book Critics Circle Award and won an Anisfield-Wolf Book Award. Since 2011, he has been a dance critic and features writer for The New York Times, and he has contributed to The New Yorker since 2002. His reviews, features, and essays have appeared in The Village Voice, The Los Angeles Times, Slate, Dance Magazine, and The Threepenny Review, among other publications.