Nonfiction
On Violence and on Violence Against Women

Jacqueline Rose offers a study both strident and hesitant. 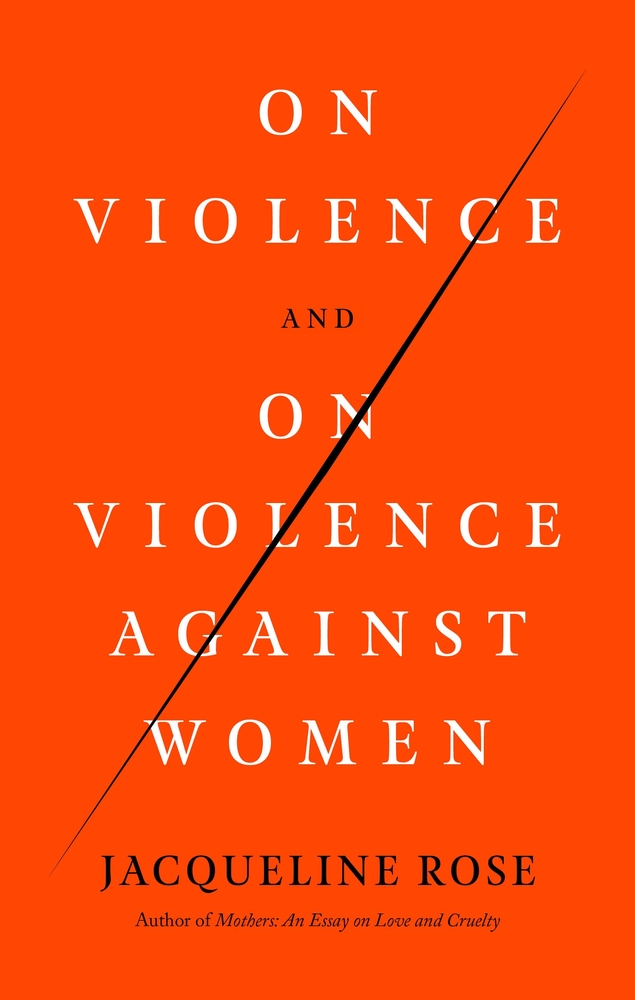 On Violence and on Violence Against Women, by Jacqueline Rose, Farrar, Straus and Giroux, 423 pages, $30

Many of our most celebrated intellectuals, of whom feminist theorist Jacqueline Rose is one, are revered precisely for the ambition of their books—for individual works that take on topics too big for a single author, let alone a single binding. These tomes have often predicted, provocatively, the ends of things—say, history (Fukuyama) or nationalism (Hobsbawm).

But what about violence? Will there ever be an end to that? No, says Rose in her encyclopedic survey On Violence and on Violence Against Women, which joins the ranks of arguments of virtuosic scope and uncertain staying power, though Rose wisely sidesteps teleology. There is no end to violence, only the urgent attempt to “slow the pace.”

The book takes as given that the state’s frequent, brutal abuses of power are something Anglophone readers under Trump (or Obama, or Bush, or Clinton) or Boris are reminded of every time we open the news; many of Rose’s case studies are still fresh in the feeds. Any taxonomy of violence, however, quickly moves beyond tweetable headlines into less visible spaces: into bedrooms, into relationships—into those sudden moments when someone you trusted becomes someone you don’t. Violence seeps beneath closed doors in locked-down apartments, crossbreeds with abuses of the law. It is this genre of violence—often directed at female-identifying bodies, manifesting as violations of borders physical, psychic, and political-historical—that is Rose’s primary concern. Max Weber wrote that the state has a monopoly on violence. But how do you challenge a monopoly claimed by your fellow citizens—namely, men—or by previous generations, unrepentant and already dead?

Rose’s previous book, Mothers: An Essay on Love and Cruelty, better anchored too-big-not-to-fail topics (love, cruelty, motherhood) to a site of analysis both expansive yet precise (the mother figure in Western art, literature, and politics). On Violence, lacking a central image or case study, is in greater danger of buckling under its sheer sample size. It’s impressive that it doesn’t quite.

One of the book’s most animating through lines is that legalese fails to capture the simultaneous obviousness and nuance of sexual violence, a paradox Rose, a Lacanian by training, locates in the Freudian psyche: the law governs; sex is ungovernable. Using this fundamental contradiction, #MeToo, and transgender studies as her launching points, she makes a compelling argument for a more psychoanalytically sensitive culture, one able to absorb the complexities (and complexes) of the sexual and political-historical unconscious. That’s not to say she doesn’t draw a line: Trump, Boris Johnson, Republicans, Bolsonaro, and their ilk are excoriated in turn, if a little predictably.

Many chapters in On Violence previously appeared as standalone essays in the London Review of Books and elsewhere. This shows in Rose’s range of supporting evidence: she draws from Hannah Ardent; epidemic rape in Cape Town; harassment on college campuses; abuses of female asylum seekers in the UK and on the US-Mexico border; Rosa Luxemburg; Freud; the infamous Pistorius-Steenkamp trial; and psychoanalytic readings of contemporary novels by Eimear McBride, Anna Burns, and Roxane Gay. Arendt is most prominent in the counter to radical feminists like Catherine MacKinnon, in whose work Rose detects gender essentialism and, therefore, pessimism. Violence is not the “unadulterated . . . expression of male sexuality,” Rose rejoins, but rather the psychic displacement of reckoning with the limits of one’s own power (Arendt’s “impotent bigness”).

Beware that Rose can easily alight on all of the above in a single paragraph.

There is a trace of grief, maybe, in the litany Rose provides; I was reminded at times of the late Croatian novelist Daša Drndić’s Trieste, which for some forty pages lists the names of Holocaust victims. Rose likewise wrestles openly with the perils of bearing witness—“raising violence to the surface” can have a way of “adding to the spectacle, making the analysis complicit with the crime”—and with the subjectivity of who is allowed to name or remember whom. The anxiety of Rose’s own subject position (a cis Englishwoman of Jewish-Polish descent) bubbles up in a line of poetry recollected during a conference on reconciliation in South Africa: “YOU ARE NOT FIT TO TOUCH THE HEM OF AFRICA,” she recalls. This self-reflexivity bleeds into her oblique writing style. In interviews, Rose has said that she’s “striving for the academic version of the literary female sentence in which you do not carve your way through, but are halting all the time as you go.”

That this haltingness occasionally exposed my bias for a more linear logic strikes me as both the book’s weakness and its strength. With its mix of stridency and hesitation, On Violence dramatizes its welcome cry for negative capability: “It is crucial for me that, even while calling out masculinity in its worst guise, we allow to individual men the potential gap between maleness and the infinite complexity of the human mind.” Rose clears space for empathy and rage, tolerance and intolerance, the “visibility and . . . invisibility of violence.”

Still, there were times when I craved the effortless clarity and conviction of historical materialists on violence—writers like Angela Davis, Simone de Beauvoir, or Luxemburg. Marxists all, feminist at least two for three, these writers can project a better idea of what they’re “carving through”—and of the future they’re writing toward.

Rose’s Freudian analysis, a more associative mode, becomes most unstable at the level of geopolitics. Regarding the hypocrisy of Angela Merkel’s stance on Syrian refugees versus Greek debt, she writes: “[Merkel’s] refusing to forgive [Greece’s] debt as the German debt had been forgiven after the war—which if anything she seemed to forget—simply shows how much more comfortable it is for a political leader (for anyone) to feel magnanimous than to be absolved of a crime.”

The Allies’ decision to forgive German debt, though, was neither—it was a self-interested insurance policy against WWIII. Rose’s emphasis on the subconscious (Merkel “forgot” past debt forgiveness) and repayment (instead, Merkel ought to have paid the favor forward) also hints at a diplomacy of doing unto others as was done unto you. This strikes me as venturesome, mapping equally well to a cycle of forgiveness as it does to a cycle of revenge. Elsewhere, Rose noses toward gender essentialism herself, praising select female leaders (including Merkel) in the pandemic for being “more risk-averse with regard to fatalities, more willing to take risks with the economy” than many of their male counterparts.

As far as inconsistencies go, the above can hardly detract from Rose’s overall claim that psychoanalytic sensitivity can be a radical weapon against violence—but, scattered across 423 pages, these slips do risk provoking the reader’s inner pedant, undercutting the applicability of her argument across such a wide range.

There’s a forgivable breathlessness, maybe, to Rose’s generalizations; the book is published directly in the wake of the events it describes, after all. If On Violence evidences haste while defending hesitation, it also arrives as both the first and likely one of the most comprehensive studies of violence in the immediate post-Trump, Brexit, and lockdown era. After a year that nearly brought us to our knees, that made optimism seem a kind of insult, Rose demands a rigorous hope—a necessary argument.

Jessi Jezewska Stevens is the author of The Exhibition of Persephone Q. Her next novel is forthcoming from And Other Stories in 2022.