Literature
The Mountain in the Sea 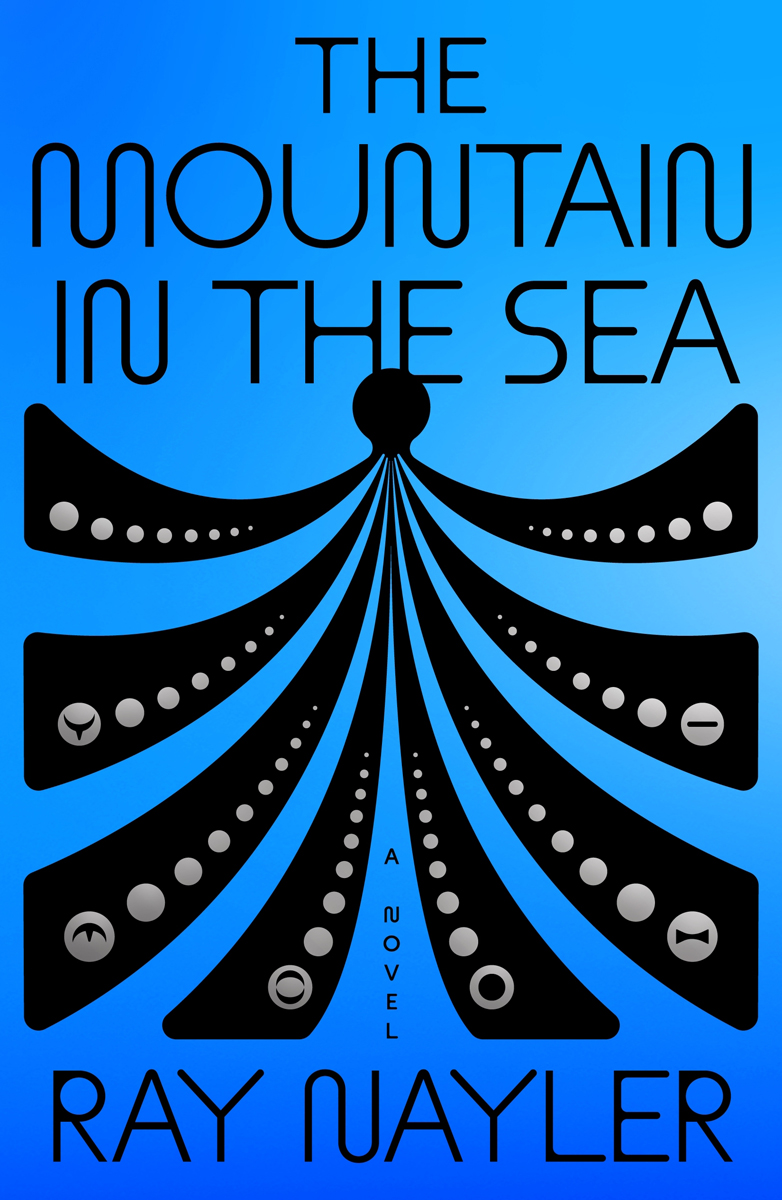 What is it like to be a bat? Thomas Nagel’s famous 1974 question appears about a third of the way through The Mountain in the Sea, Ray Nayler’s by-turns pulpy and philosophical octopean sci-fi thriller. But in his story, this abstract thought-problem becomes a life-or-death proposition: two of its principal characters are in a race to figure out how to empathize with a newly discovered species of hyperintelligent social octopuses with murder on their spectacular minds. If they fail, the octopuses will kill them—unless DIANIMA, the depraved transnational corporation that has enslaved them on a deserted island to solve this octo-puzzle, kills them first.

Those characters are Dr. Ha Nguyen, a cephalopod scientist and author of the controversial, interbeing-forward How Oceans Think, passages from which preface many of the novel’s chapters, and Evrim, a genderless, arguably conscious android possessed with perfect memory and plenty of humanlike self-doubt. Evrim was created by Dr. Arnkatla Mínervudóttir-Chan, author of Building Minds (also excerpted throughout) and the cruelly controlling intellect behind DIANIMA. This nation-state-like conglomerate is chiefly concerned with producing AI—from artificial brains that can power automated fishing vessels, manned with robots, trawling the now nearly empty seas, to “point-fives,” holographic companions prescribed to the lonely. The latter are just human enough to give the patient the feeling of being in a “real” relationship but not so human as to have their own imperfect desires.

The one to pose Nagel’s question is actually Rustem, a solitary Russian neural-network hacker hired by a nebulous ecofascist animal-rights cult to break into Evrim’s beautifully engineered brain in order to destroy DIANIMA’S operations from the inside. The novel, whose four-hundred-fifty pages are split into four roughly equal parts containing several brief chapters each, skips between three interrelated narratives. There’s Ha and Evrim on their island, kept guard by the elusive, cyborgian Altantsetseg (who, in a surprise twist, ends up the decisive factor in the fate of the octopuses—but to explain more would spoil the surprise). There’s Rustem, traveling through the former Russia and Turkey (we’re several decades into the future; the world’s borders have been redrawn). Thirdly, there’s Eiko, a young man drugged by one of DIANIMA’s drones and kidnapped into slavery, forced to work on one of those AI-brained fishing boats (it has transpired that fully robotic vessels were too expensive—human slaves are cheaper and more efficient to maintain).

Ha, Evrim, and Altantsetseg are residing on the main island of the Con Dao archipelago, purchased in recent years by DIANIMA, who forcibly expelled the residents of its poor fishing villages to gain access to the octopuses who have established a multigenerational community in an offshore shipwreck, where they built a complex facility with a nursery for their young to play games in and an altar for the bones of the humans they have killed. The residents of Con Dao had long told stories of a murky being who could walk vertically on land, supported by two tentacles, as tall as a man, and just as bloodthirsty, seeking lethal vengeance on fishers and divers and poachers. Mínervudóttir-Chan has a hunch these shadowy monsters could hold the key to developing an even more perfect kind of self than Evrim.

As the Nagel citation would suggest, one of Nayler’s master themes in this convoluted adventure is the enigmatic nature of consciousness, so it makes perfect sense to use the octopus as foil for and analog of the human mind. This most intelligent of cephalopods is one of our enduring mysteries, our riddling Big Other, so seemingly similar to us in some aspects of its intelligence and yet fundamentally unfathomable. But also—the subject is a great hook to draw in readers, a clever tap into the pulse of popular culture. For the past decade or so we have been surfing an especially briny swell of octomania. Prepped by viral YouTube videos, sensational nonfiction books, and an Oscar-winning documentary, the market, one could safely assume, is now finally ripe for “The Great Octopus Novel,” which is how FSG is pitching The Mountain in the Sea.

It is a difficult thing, though, to take the filmy, incidental feeling of faddy interest and make of it something rich and colored-in, deep and dimensional, more lasting and compelling than a viral video. I’m not convinced that Nayler’s attempt fully achieves that. Just like the “point-fives,” who inevitably give up their verisimilitude if you try to engage too deeply with them in conversation, the hologram of his writing starts to glitch if you read too closely. The same figures of speech are repeated ad nauseam: the ocean’s waves ceaselessly “sibilate.” Metaphors are forever getting mixed: “spiderwebs” of cables “snake” across buildings. Violent imagery (of which there is no short supply) is expressed in terms so curious as to become funny: a night sky lit up by deadly explosions is a bizarrely anodyne “pumpkin” color.

It’s not that Nayler can’t write. The short paragraphs from the invented nonfiction books by Ha and Mínervudóttir-Chan are, by contrast, lucid and lovely—I’d eagerly read them in full, if they existed. And his many interests here are fascinating, especially in the way he’s tangled them up together: alongside the impossibility of defining consciousness, and what it even means to be human, he advances arguments about the relationally constituted nature of language, of meaning, of reality itself; the necessity of interspecies communication; the uses and misuses of technology; the sources of our repulsion from and desire for the intelligent monsters of sci-fi and horror stories. It did not bother me so much that these topics are as algorithmically tuned toward a reader like me as the very idea of an octopus novel is; this is a case where the algorithm has won, all these things tingle every pleasure center in my brain. Nor that, ideas-wise, Nayler has basically just remixed some of recent trade nonfiction’s greatest hits. What bothered me was the cool glassy thinness of it all.

Nayler spends a lot of time having his characters discuss symbolic language, which the octopuses have developed—one sign they have evolved into something that could possibly compete with the human. This reminded me of the 2011 novel Embassytown by China Miéville, who stunningly conjures the heartbreak of aliens dealing in figurative language, splitting the word-symbol from its real-life physical referent, for the first time: “They were worldsick, as meanings yawed. Anything was anything, now. Their minds were sudden merchants: metaphor, like money, equalized the incommensurable. They could be mythologers now: they’d never had monsters, but now the world was all chimeras, each metaphor a splicing.”

It’s the intricate lacework of feeling Miéville manages to elaborate that I was missing from Nayler’s book, which ends with a tidy moral lesson: indifference toward others is the greatest sin; life only has meaning in our interconnectedness (humans, plants and animals, and machines alike). Doesn’t such a moral require a profundity of feeling? What I would have liked to have known, through Nayler’s imagination, is, to paraphrase Nagel’s question, what it is like to be the octopus (would it, too, suffer such a brutal existential rupture when it began developing symbolic communication?), and also to be Ha, Evrim, Rustem—I wished his book more emphatically tried to construct not just the futuristic world in which they live, but their inner worlds. There’s much good argument against reducing all the possibilities of literature to the trite humanistic application of empathy-building. But at the same time, how exquisite it would be, to feel an octopal overwhelm at the yawing of meaning—and what besides the world-splicing of writing could let us surmise that?