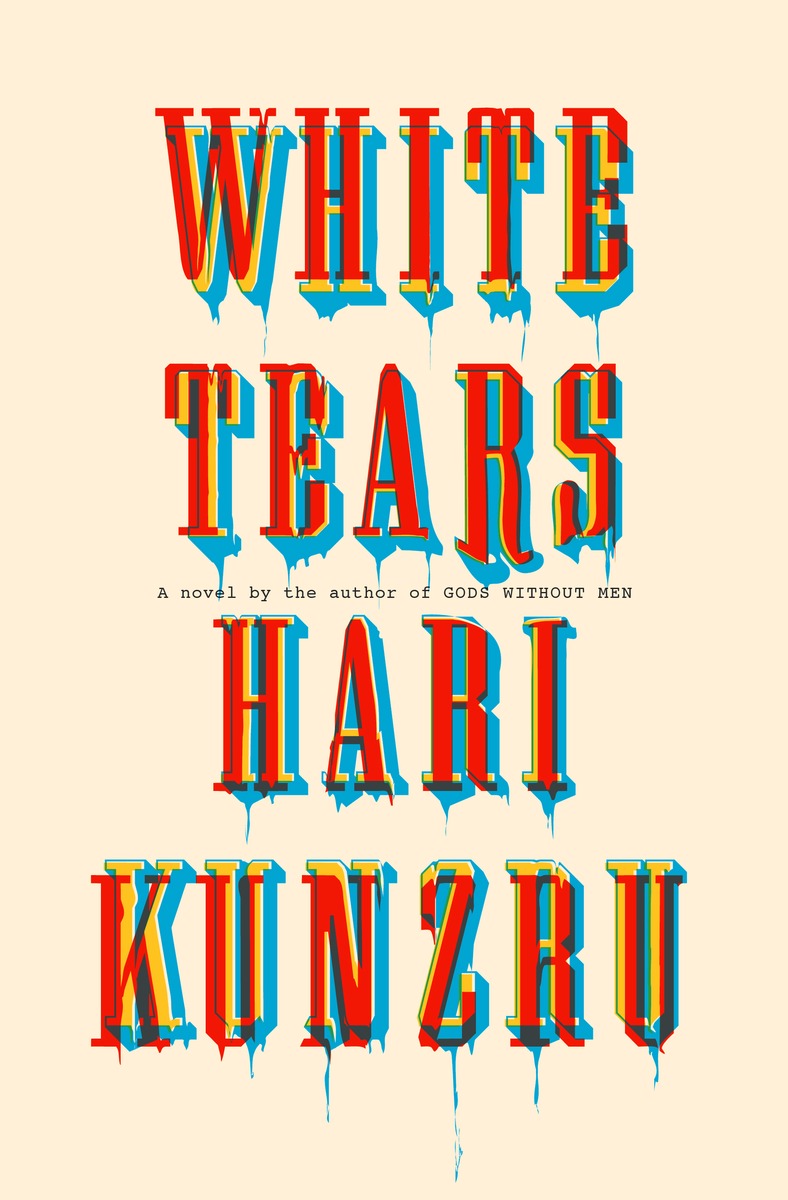 Hari Kunzru opens his fifth novel, White Tears, with a riff on preservation: its narrator, a twentysomething music producer and sonic archivist named Seth, wanders the streets of lower Manhattan, randomly recording what he hears. “People and places,” he tells us, explaining what he hopes to capture. “Sidewalk smokers, lovers’ quarrels, drug deals. I wanted to store the world and play it back just as I found it, without change or addition. I collected audio of thunderstorms, music coming out of cars, the subway trains rumbling underfoot; it was all reality, a quality I had lately begun to crave.”

Storing the world, of course, is what a writer does; we are “recording entities,” as William S. Burroughs once declared. And yet, Kunzru recognizes, mere storage can never be enough. His novels offer elaborate inquiries in the form of fiction, investigating identity and meaning—and, ultimately, the texture of the real. “There are certain things you can’t look at directly. You need to trick them into revealing themselves,” he insists in Gods Without Men (2012), which invokes UFO cults, rock ’n’ roll, and the digital economy to suggest we cannot escape the influence of forces that are metaphysical in impact if not necessarily in intent. The implication is that reality is always just a bit beyond us, and thus Kunzru’s characters must operate from a state of existential upheaval. Certainly, that’s the case with Seth, who begins White Tears already unraveled. “My family didn’t call it by a medical name,” he confides, “but in my teens I had some kind of break or event.”

Seth’s disorder manifests as a kind of slippage. “I began to hear the past,” he explains, “the ambience of the room as it had been ten years previously, then twenty years, then fifty.” This takes on immediate resonance when he and his business partner Carter, heir to a vast fortune, discover, among Seth’s recordings, two distinct but unexpectedly related fragments—a blues lyric and a guitar track that they combine to create what sounds like an ancient 78. They call the song “Graveyard Blues” and invent a name for its performer: Charlie Shaw.

Once Seth and Carter post the track to the Internet, though, slippage filters into everything. First, they are approached by a collector named JumpJim, who claims to know the record. “Before you posted that song,” he writes, “I had not heard Charlie Shaw since 1959.” How could JumpJim recognize a performer who has never existed? For Seth, the mystery grows more urgent as the world loses its shape. Carter is beaten on the street and ends up in a coma—a kind of cosmic retribution, Seth is convinced, for the recording, as if he and Carter have provoked some sort of chaotic force. Then Seth again begins to lose track of time and of himself; in the middle of the novel, Kunzru goes so far as to blend his voice, his experience, with that of JumpJim, who tells Seth that he once pursued the ghost of Charlie Shaw.

Such a move is risky, not least because it throws into question the baseline reality of the novel—or at least the narrator’s credibility. Who is Seth, and how much of what he’s seeing is actually there? “I had been carrying records,” he observes. “I look down to check. No records. Instead, by the side of the bench is a battered black guitar case. How long have I been carrying a guitar?” Disorientation, dislocation—and yet it’s too convenient, too reductive, to label Seth an unreliable narrator. More to the point, he is reliable and unreliable, channeling reality (or his version of it) through the confusion of his eyes. This is a key intention in White Tears, that all existence is a form of slippage, that we never know what is authentic and what is not. In that sense, it doesn’t matter what JumpJim has heard or done, or even if he exists outside Seth’s imagination. It only matters that Seth believes he does.

That puts authenticity at the center of White Tears, as it is in much of Kunzru’s work. Carter, for one, is hung up on the genuine. “Technology was a trap,” he lectures. “Modern musicians were locked in a box. . . . Whatever happened to soul, to the vibration of an animal-gut string, the resonance of lacquered rosewood?” And yet, if that’s the case, what does it mean that his most “genuine” recording—“Graveyard Blues”—is a mash-up, a hoax? Late in the book, JumpJim tells Seth that it doesn’t matter, that the search for authenticity is just another trap. “You’re the worst of them,” he argues. “Looking for that uncut hit. That pure. . . . Why can’t you accept there ain’t no pure. There ain’t no real.” This takes on a particular resonance in regard to the blues, which Seth and Carter see as the purest of forms.

White Tears offers a moving portrait of its narrator’s disintegration, but Kunzru also means to take on something bigger, to push back against expectation—both ours, and that of his characters. Indeed, what gives the book its weight, its power, is his willingness to engage the contradictions inherent in his narrative; for all Seth’s talk of preservation, the manipulation of his recordings is a key driver, after all. These contradictions become increasingly charged once Kunzru reveals the source of Carter’s wealth; his family made its fortune exploiting Southern prison labor—including, Seth imagines, a prisoner like Charlie Shaw. “I thought of the buildings I had lived in,” Seth laments, referring to the spaces he has shared with Carter, “the expensive things I had handled and consumed. Whose work had paid for them? I peered at the faces, the black men with their picks and shovels, but they were too small, too blurred to recognize.”

What Seth is learning is that we are never pure, that history is a force we carry, that the slippage to which he is susceptible is a collective affliction, as much as an individual one. We are all complicit; no one is exempt. Playing it back, in other words, is not an option; our presence changes everything. “The enormity of my mistakes overwhelmed me,” Seth acknowledges as he comes to understand this. “Nothing would ever make up for them.”

David L. Ulin is the author of Sidewalking: Coming to Terms with Los Angeles, which was shortlisted for the PEN/Diamonstein-Spielvogel Award for the Art of the Essay. A 2015 Guggenheim Fellow, he is the former book editor and book critic of The Los Angeles Times.