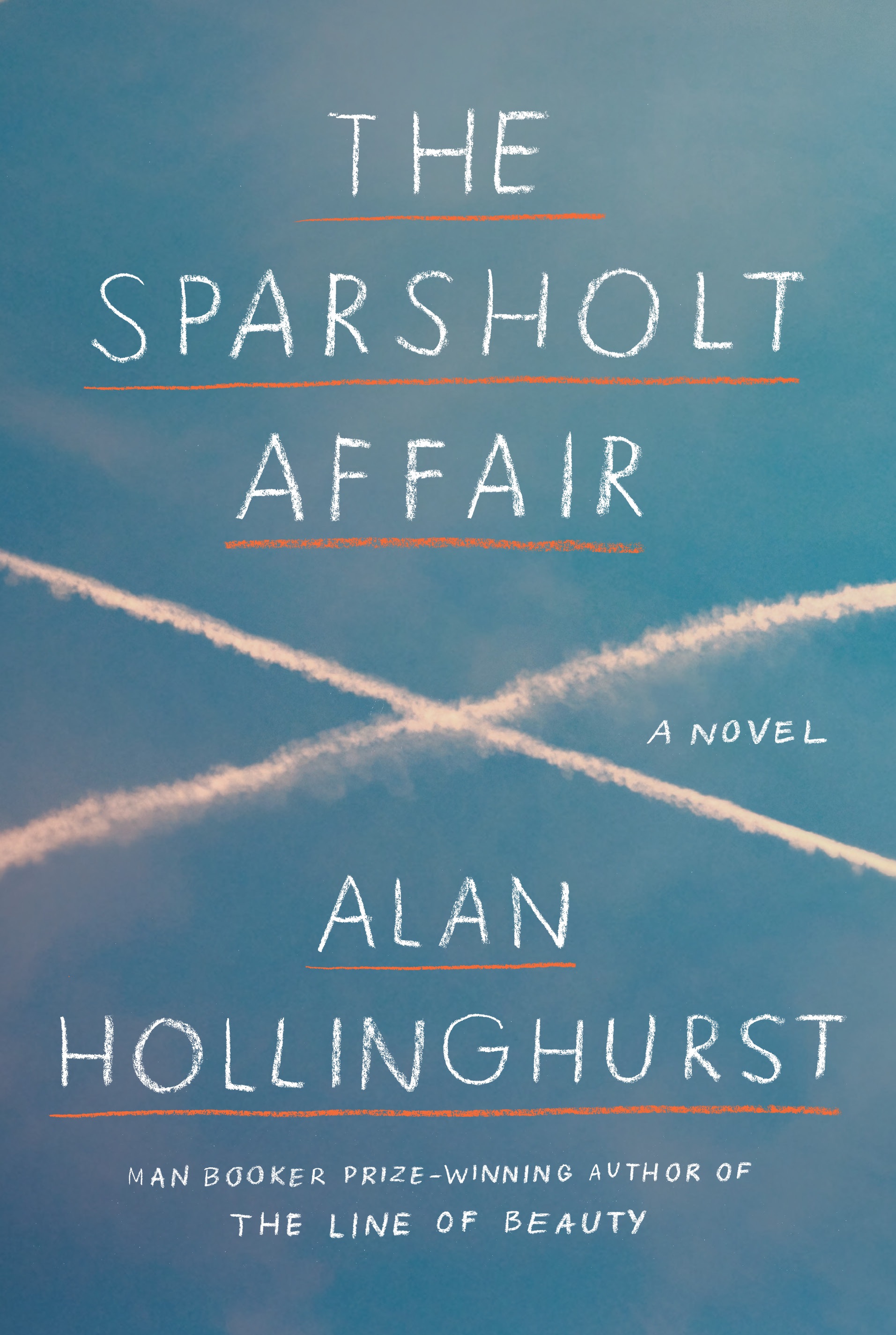 There is something so old-fashioned about Alan Hollinghurst’s novels they feel almost transgressive. All those characters, all that plot; the passage of time and the weight of history—Hollinghurst is so far from the contemporary ideal of cool that to witness the excitement that attends the publication of his novels is reassuring. Cool is fine; Hollinghurst is great.

Hollinghurst began his career with The Swimming Pool Library, in 1988; The Sparsholt Affair is his sixth novel, and doesn’t represent a departure from form. Here as in his earlier works, the writer is interested in upper-crusty Oxbridge chaps making their way in society, getting entangled in art, in politics, and in bed (or a men’s room, or a sauna, or a nightclub) with one another.

David Sparsholt is less Oxford man than Adonis, only on that campus because it’s providing safe haven to students from other institutions during the Blitz. The first section of the book is an unpublished memoir by a fellow student, Freddie Green, and the Sparsholt Affair of which he writes is how every boy in his circle finds himself smitten with hunky David. It’s Green’s friend Evert Dax, the son of a well-known novelist, who manages to bed Sparsholt, who talks often of his fiancée, but readers of novels know well what goes on among the lads at Oxford.

Shortly after this assignation, the memoir concludes, and the novel leaps forward in time. We meet the teenaged Johnny Sparsholt, David’s son, on holiday by the sea. Thereafter we leap forward again to Johnny as a young man running into Dax in London society. There are further leaps in time, but the story remains organized around Johnny Sparsholt, his beautiful father casting a long shadow over the decades.

This narrative structure is not dissimilar from that of Hollinghurst’s previous novel, The Stranger’s Child. Both books are almost mysteries, in which details, characters, and totems recur over many years. Many of the more climactic events occur in the interstices between chapters, and readers are tasked with piecing together just what’s happened. It should be annoying, but Hollinghurst is damn good at this.

I don’t think spoilers pertain when talking about novels as they might when discussing a television show. That said, with Hollinghurst, summary might deprive the reader of the particular pleasure that his well-built books are designed to deliver. But The Sparsholt Affair is more than an ingenious contraption, and it spoils nothing to talk about it as a work that looks at its themes—time, art, beauty, family, joy—through the lens of sex.

Here’s Freddie Green on David Sparsholt: “I confess I felt a jolt of excitement at being in his presence. He was wearing nothing but his pyjama bottoms and his walking shoes, the laces undone. Now I saw his muscular body close to, revealed with casual pride.”

Here’s the younger Sparsholt recalling his French exchange student: “Johnny pictured him at the big public baths in Nîmes last summer, smashing around, with no fear and not much skill, then surging up out of the pool so fast that his trunks were half torn off by the water.”

But it’s not only youth who are allowed beauty; here’s Johnny, in his dotage, on his old friend Graham: “Johnny pictured him as he spoke: bald, black-eyed, still fit, in a way he himself had never bothered to be, with the look, in his jeans and blue-checked short-sleeved shirt, of a schoolmaster spotted in the private depths of the holidays.”

During the Blitz, when the book opens, the specter of death is ever-present. David Sparsholt is the embodiment of vitality itself; no wonder everyone wants to fuck him. As the text moves forward in time, history provides ample context—the decriminalization of homosexuality, the crisis of AIDS—for Hollinghurst to turn writing about sex into social critique. He does not, and good for him. We’ve had so many of those books (including the author’s own first novel and The Line of Beauty, for which he won the Man Booker Prize) and too few like this, which examine sex as life force, as aesthetic creation.

Sparsholt is populated by a novelist, an architect, a couple of painters, an art historian, an art restorer, and others, and reading the author’s beautiful sentences on the matter you can be persuaded that sex, too, is an art form. After all, the point of sex is the same as the point of a painting or a book: that fleeting moment of transcendence.

Toward the end of the novel, Johnny Sparsholt recalls stopping with his then-young daughter to take in an architectural wonder, a modern home designed by her own great-grandfather. “‘Why couldn’t he make it the same as all the other houses?’ she said. ‘Well, sometimes, darling,’ said Johnny, holding her there just a little bit longer, ‘there’s a point in being completely different and new.’”

This is a charming view of modernism, which sees difference as rebellion, rather than insisting upon the dour abnegation of tradition. The men in this novel (there are some women, too, but really, it’s a book about men) make lives we recognize, organized around friends and family and love and art. Queer is synonymous with different, but ultimately their lives are still joyous.

It’s a great justice that Hollinghurst can get away with what his predecessors could not, circumscribed as they were by the propriety of their day. He gives us sexy undergrads, boyish wrestling matches, and a lithe French teen whose body is described in glorious detail. You can’t help but feel the author is doing this just for Thomas Mann, and that Mann would have loved it.

Rumaan Alam is the author of the novel Rich and Pretty. His second novel, That Kind of Mother, will be published in 2018.