Nonfiction
Things That Bother Me 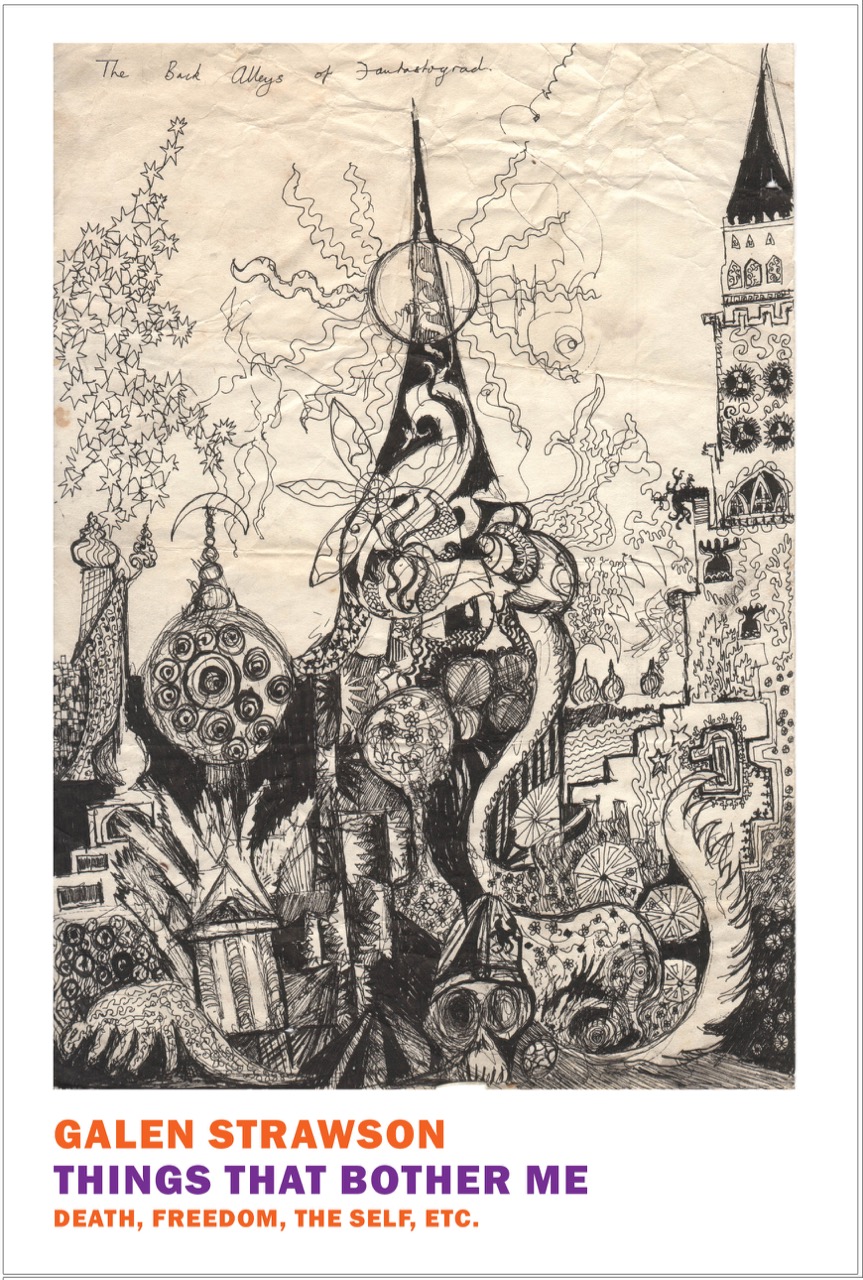 Galen Strawson’s Things That Bother Me is, despite its title, no collection of complaints. Rather, Strawson invokes the notion of being bothered in the largest sense, engaging with the ideas, or conditions of living, that will not leave him alone. He is that most unlikely of thinkers, the pragmatic philosopher. “And so it falls to philosophy, not religion,” he observes in “The Silliest Claim,” which addresses the experience of consciousness, “to reveal the very deepest weirdness of the human mind. I regret this—but at least philosophy doesn’t have so much blood on its hands.”

“The Silliest Claim” is one of nine essays and lectures in Things That Bother Me, although the book is more than a miscellany. The British-born Strawson is the author of seven previous books and holder of the President’s Chair in Philosophy at the University of Texas, Austin. The questions he raises throughout this new collection—What is the nature of consciousness? Does free will exist? Can we truly lay claim to a future that hasn’t happened yet?—suggest the broad boundaries of a lifelong intellectual inquiry. The book is accessible and intelligent, written for a diverse range of readers, engaged in both the author’s personality and his ideas. Strawson makes this explicit in a provocative introduction defined as much by his voice, his identity, as by the texture of his thoughts. “Some of us get hold of the idea of infinity when we’re very young,” he writes there. “Infinity is troubling at any age, especially if it leads on to the notion of eternity—as it so easily can—and then links to the idea of death—as it so naturally does. But I think it may strike with unique force in childhood. This, in any case, is what happened to me.” That is not to say Things That Bother Me is about death, except tangentially, but death (the pragmatic reality of it) becomes a useful lens through which to frame the precariousness of, well, everything. This begins with the self, “the sense that people have of themselves as being, specifically, a mental presence,” and extends from that locus into a series of nested arguments that seem to want to take on our experience of existence itself.

At the heart of Strawson’s inquiry is the belief that narrative—or more specifically, the contention that we rely on story-making to give our lives coherence—is overstated, even false. As with many of his claims, he begins with the personal. “I have a past,” he tells us, “like any human being, and I have a respectable amount of factual knowledge about my past. . . . And yet I have absolutely no sense of my life as a narrative with form, or indeed as a narrative without form.” For Strawson, memory is “constructive” as opposed to “reproductive,” which is to say that it “deletes, abridges, edits, reorders, italicizes.” This is hardly a new concept; research by, among others, Karim Nader—cited here, along with writers such as Montaigne, Proust, and Sartre—suggests that memories change each time we revisit them.

What’s striking is where Strawson takes these reflections. “The implication,” he insists, “is plain: the more you recall, retell, narrate yourself, the further you risk moving away from accurate self-understanding, from the truth of your being.” Not only are such stories constructed, he is saying, but also, in their construction, they do the opposite of what we intend for them to do.

This is important because it addresses the tenuousness of what we commonly take for granted, beginning with our sense of self. Strawson has a lot to say on this, especially when it comes to consciousness, which, unlike the behaviorists who would reduce human activity to nothing more than the flash of neurons firing, he considers an irrefutable fact. “To say that consciousness is just behavior or dispositions to behavior,” he states bluntly, “is to deny that consciousness exists.” And yet, he continues, “we know that conscious experience exists, and we know what it is like, and we know that it isn’t just behavior.” Here, we see one of his key rhetorical strategies: the refutation of abstract concepts through an affirmation of material reality. He is interested in ideas, yes, but always through the filter of the phenomenological world.

Nowhere is this as intriguingly developed as in Strawson’s thinking on free will. “The free-will problem,” he admits, “is like a carousel,” although what he’s really referring to is moral responsibility. The question is, or appears to be, a simple one: Are we free to choose, or are we constrained by external imperatives, including history (personal or otherwise), family, genetics, and other factors of which we may or may not be aware? Strawson, for his part, is skeptical, oppositional even, to the notion that we can ever make an independent choice. “In order to be ultimately responsible,” he argues, “one would have to be causa sui—the ultimate cause or origin of oneself, or at least of some crucial part of one’s mental nature. But nothing can be ultimately causa sui in any respect at all. Even if the property of being causa sui is allowed to belong unintelligibly to God, it can’t plausibly be supposed to be possessed by ordinary finite human beings.” There are limits, in other words, to the extent of our freedom, as there are to that of our experience.

In the end, these are the limits that Things That Bother Me addresses, although Strawson takes a somewhat fatalistic point of view. Like the inevitability of death, they are facts, however uncomfortable this might make us, and it is the philosopher’s obligation to account for them on their own terms. “I’m a naturalist,” Strawson acknowledges. “I think concrete reality is wholly physical.” As to whether it is knowable, however, that is something else again. Throughout the book, he wrestles with this contradiction between the elusiveness and specificity of experience, the way that what we know to be real—because we have lived it—can still feel so amorphous, so difficult to explain. The human mind is a conundrum, a recording device that also shapes, or frames, what it perceives. That is the point, or one of them, of this invigorating and idiosyncratic collection, which wears both its subjectivity and (in a sense) its objectivity on its sleeve.