In a poignant documentary by Annie Ernaux and her son, family film footage allows for themes of time, memory, and class to be explored anew. 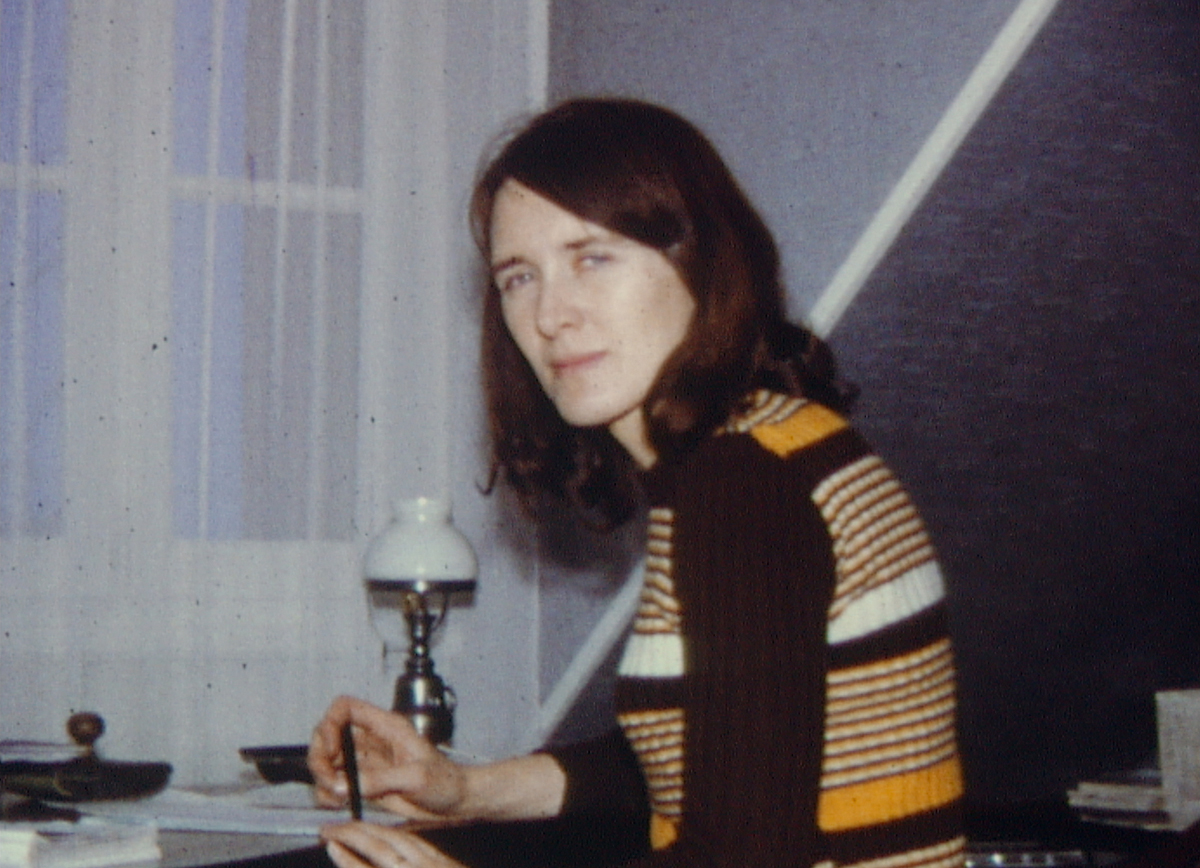 The abiding subjects of the French writer Annie Ernaux are memory and time, or, more specifically, how the passing of the latter shapes the recalling of the former. Born in 1940, Ernaux has intermittently kept a diary since she was sixteen. These journals have often been repurposed in her twenty-three books to date (the first was published in 1974), nearly all of which are informed by first-person recollections. But her “I” is usually detached, at a remove. Ernaux has described her own work as “impersonal autobiography,” records of the self that are also more broadly reflections on a specific era. As she writes in The Years (2008), perhaps her most expansive novel, elucidating the animating idea for that book and referring to herself in the third person, “All that the world has impressed upon her and her contemporaries she will use to reconstitute a common time, the one that made its way through the years of the distant past and glided all the way to the present. By retrieving the memory of collective memory in an individual memory, she will capture the lived dimension of History.” Her books are oblique memoirs as much as informal sociology.

In October, Ernaux was awarded the Nobel Prize in Literature. Even had she not received that exalted honor, 2022 would still be l’année d’Annie. May saw the US theatrical release of the film adaptation of Happening (reviewed in 4Columns by Beatrice Loayza), Ernaux’s 2000 autobiographical novel about a university student’s quest to secure an illegal abortion in 1963; the movie took on a ghastly timeliness in this country, opening just a month before the Supreme Court overturned Roe v. Wade. Two days before the Nobel announcement, the English translation of Getting Lost—diary entries detailing her affair with a younger, married Soviet official—was published. Now, with The Super 8 Years, a documentary she codirected with David Ernaux-Briot, the younger of her two sons, Ernaux triumphs in a new medium. 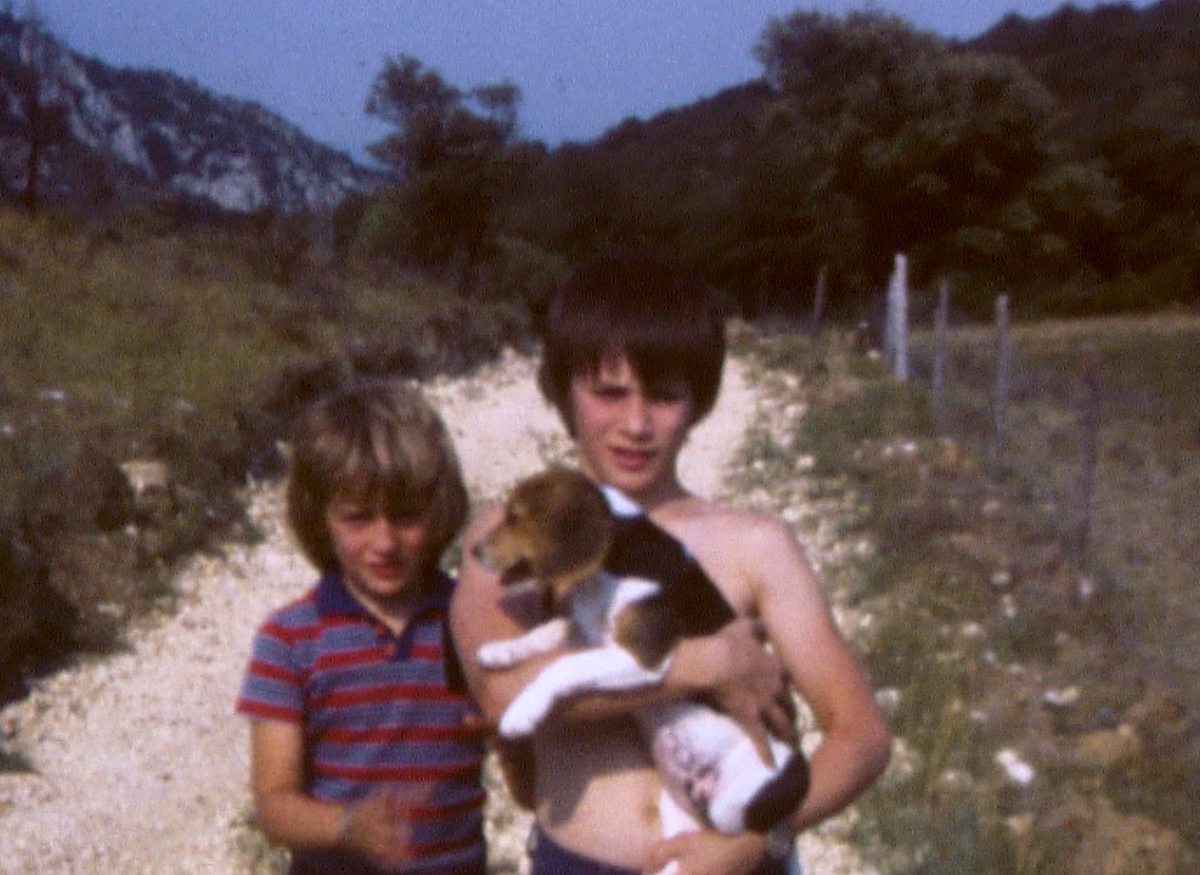 The brevity of the film, running just over an hour, matches that of Ernaux’s books, which rarely exceed one hundred pages. The images are culled from Ernaux family movies that were shot—almost always by Philippe, Annie’s then husband—between 1972 (the year that David turned four and his older brother, Eric, turned eight) and 1981, around the time that Annie and Philippe’s marriage began to dissolve. David had the idea to condense this decade’s worth of footage into a stand-alone film, one dominated by quotidian activities, Christmas celebrations, and vacations to locales both domestic (Ardèche) and far-flung (Chile, Morocco, Albania, Moscow). Annie wrote and delivers the narration that accompanies these silent images (though some muted post-synch sound effects—birds chirping, young swimmers splashing—and a gentle musical score have been added). 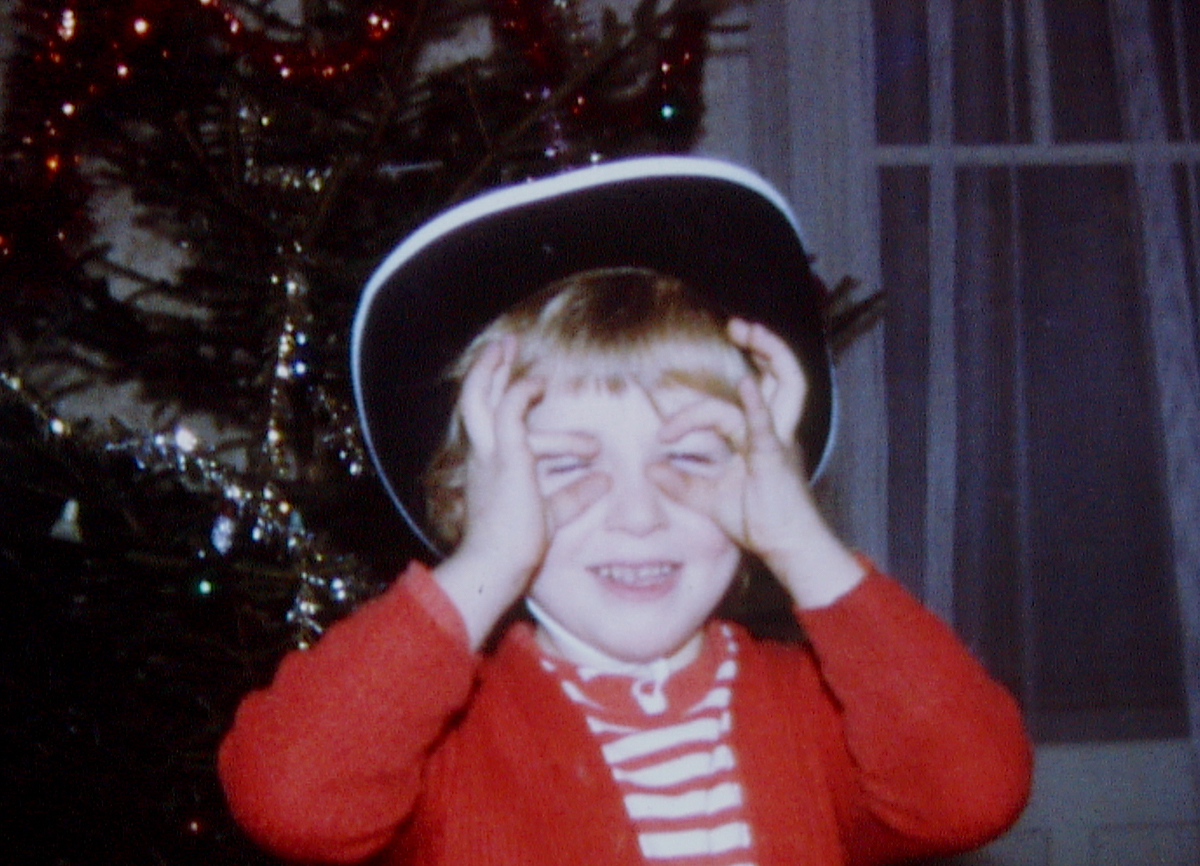 The off-screen voice of Ernaux, now eighty-two, is high, crystalline, slightly delicate. Her text for The Super 8 Years is of a piece with her novels: unadorned declarative sentences, a style that she has referred to as l’écriture plate, “flat writing.” In some ways the film is a companion to The Years, which alights on the era depicted here, specifically on the purchase, in the winter of ’72, of the piece of equipment that made these home movies possible, a Bell and Howell Super 8 camera. This apparatus, Ernaux says in the film, “was the ultimate desired object” among “the flood of goods one could acquire in the ’70s,” the decade that served as the terminus of les treintes glorieuses, the thirty-year period, between 1945 and 1975, that saw unprecedented economic prosperity and consumption in France. 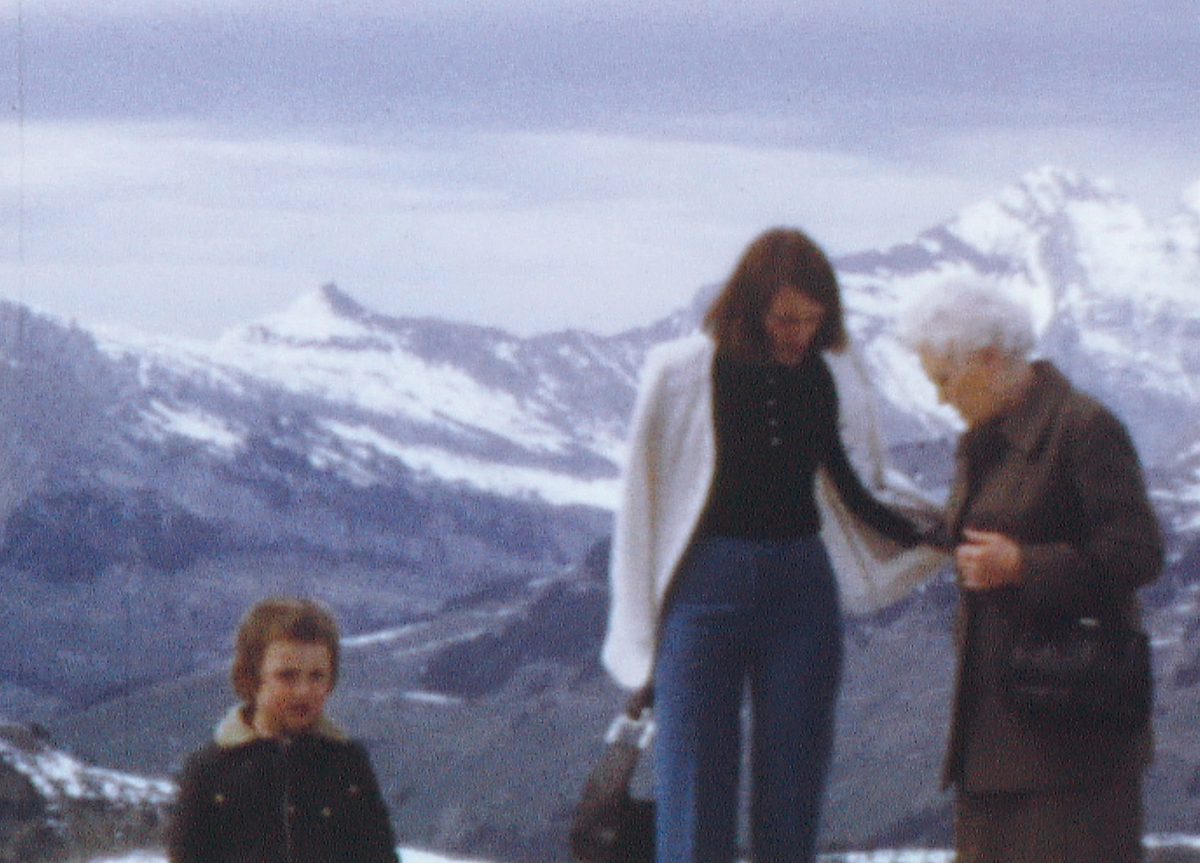 That stretch of time will also see Ernaux, born the only child of parents who ran a small café-grocery in a hamlet in Normandy, leaving her working-class roots fully behind and ascending to the bourgeoisie with Philippe, who, like her, is a university-educated professional (he is a civil servant, she a high school literature teacher). This socioeconomic jump (and the guilt and anxiety it instilled in Ernaux) has been a frequent theme in her writing, and it operates as a through line in the film, particularly when she wryly anatomizes middle-class interior design. 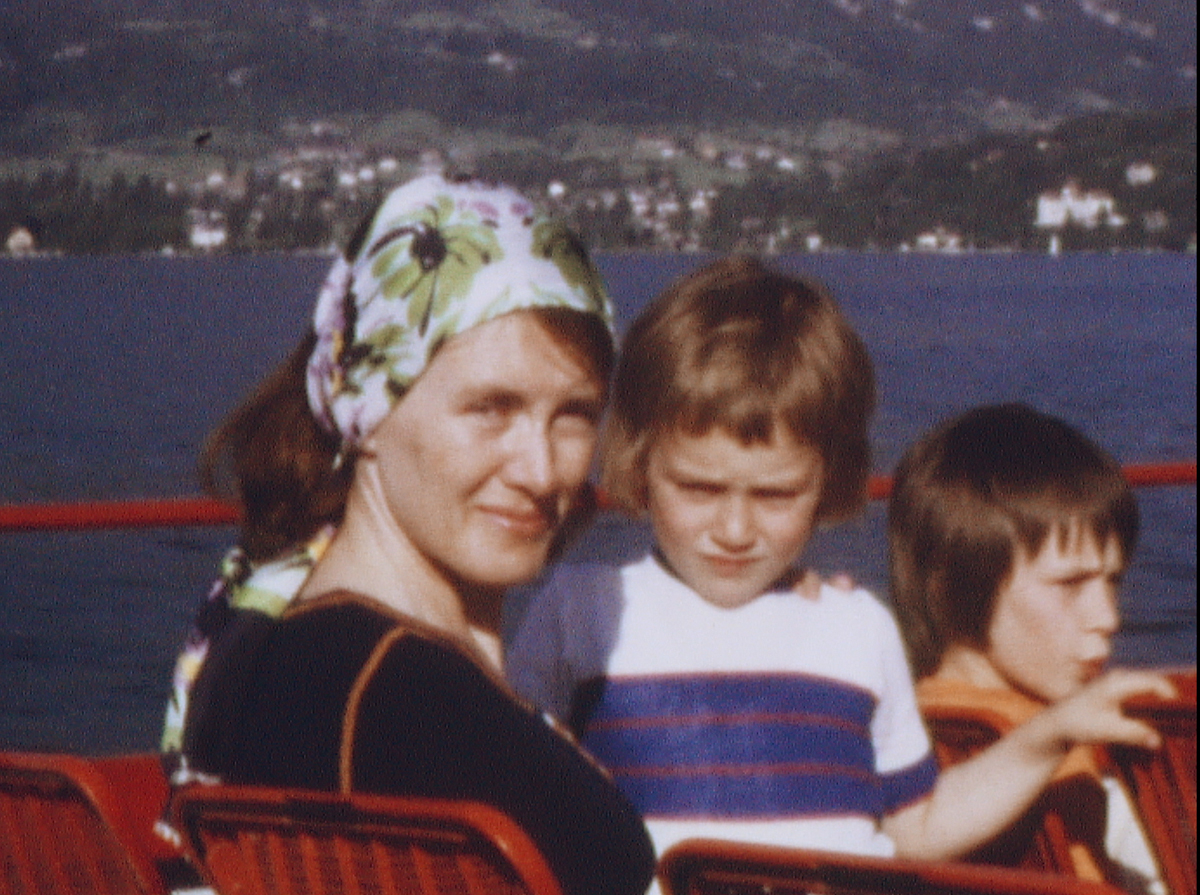 For as much as The Super 8 Years acts as a complement to Ernaux’s previously published work, it also affords a unique pleasure: moving-image evidence of the woman in that transitional moment just before and after her first three books were released, footage analyzed by a now-feted author with clinical distance, though at times the smallest hint of rue can be detected. So often Ernaux in The Super 8 Years appears docile, content, with a slight smile on her face as she returns home from the grocery store with her two young sons, who mug for the camera; as she sits at her desk to correct student papers; as she poses by a bridge in a park in London during a family vacation (England, per this Frenchwoman, is “the most exotic of nearby countries”). 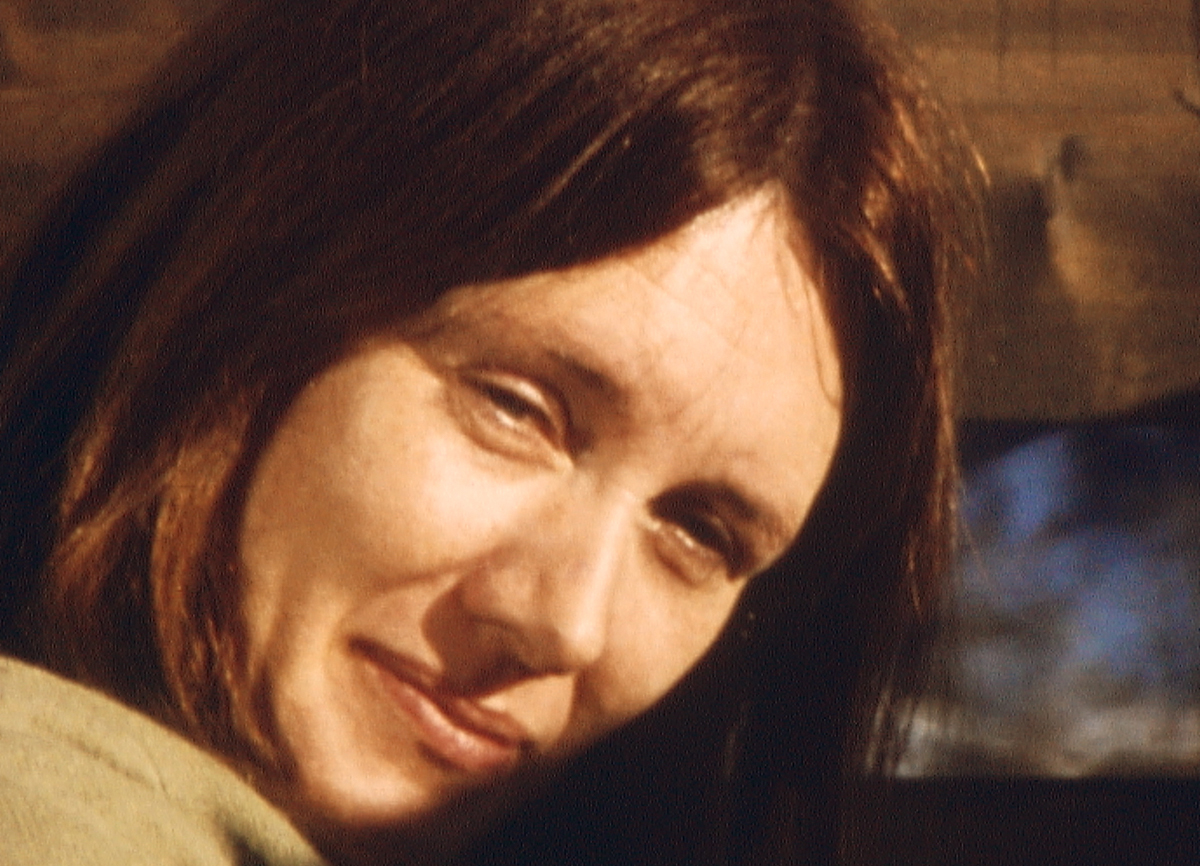 This placidity belies her inner turmoil, her increasing discontent with her marriage and the burdens of domestic life, her dismay over the lack of time she has for her writing, which she often does in secret. “The woman in the image always seems to wonder why she’s there,” says Ernaux, slipping out of the first person, a shift in pronouns that reflects not only the distance between now and then but also the profound estrangement she felt as Philippe aimed the camera at her.

Ernaux’s narration gives poignant meaning to this jumble of images, to these fragments of “family life invisibly recorded inside the history of the era.” This collaboration between mother and son epitomizes a particular skill that Ernaux describes in The Years: “Of all the ways in which self-knowledge may be fostered, perhaps one of the greatest is a person’s ability to discern how they view the past, at every time of life and every age.” I mean it as the highest praise when I say that Ernaux’s remarks, both in The Years and The Super 8 Years, reminded me of the song Kylie Minogue sings in Leos Carax’s Holy Motors (2012): “Who were we / When we were / Who we were / Back then.” Those lyrics, like Ernaux’s writing, return to an ever-present, ever-fluid past—and to a speaker who is also in constant flux.