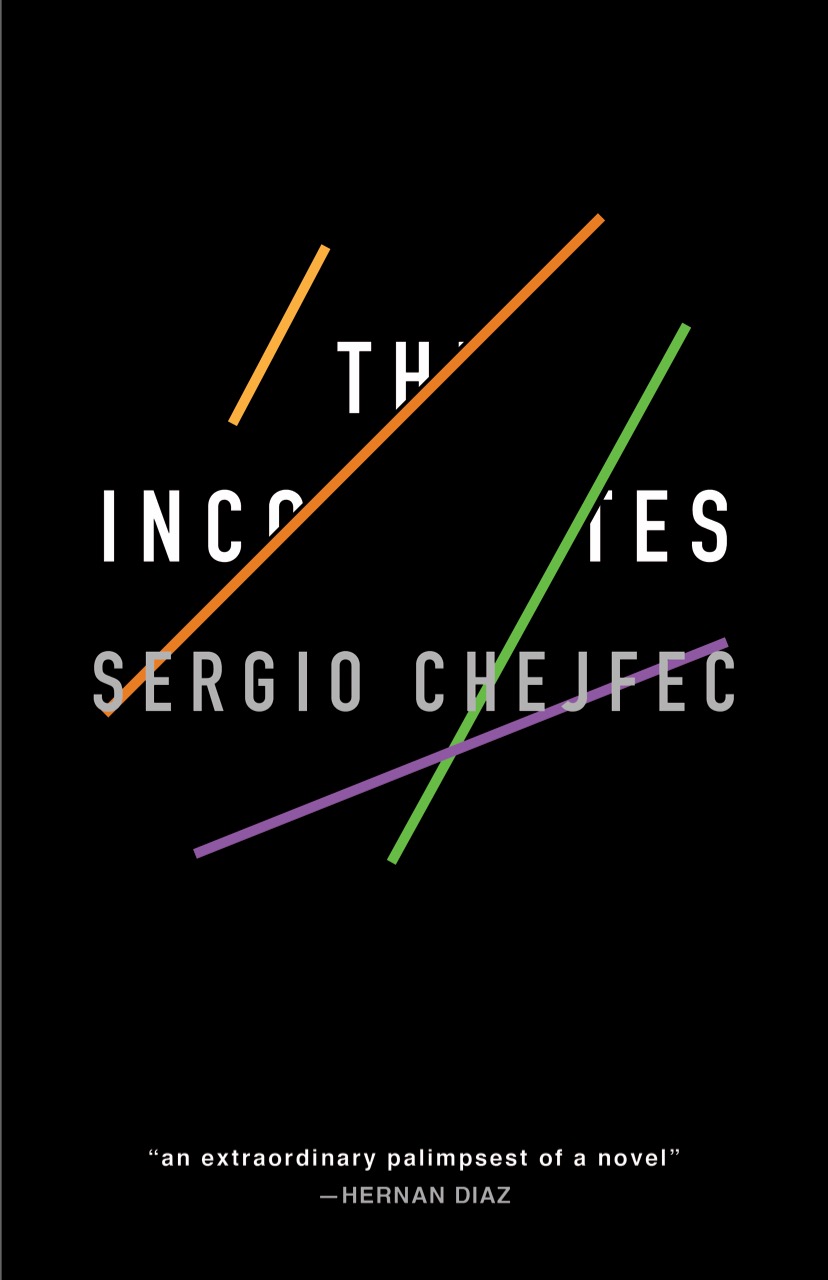 Proust said that all Dostoyevsky’s novels could be titled Crime and Punishment. All Sergio Chejfec’s might well be called The Incompletes. Since 2011, the Argentine writer has published in English translation five quiet, moody, formally cunning novels, each about lonely men troubled by something missing from their lives. Sometimes it is a person that is absent: in The Planets, a friend is lost to political violence; The Dark unfolds in the aftermath of an affair. In other novels, the characters’ unease is more internal and harder to pin down.

Over the course of the books, these men, who remain anonymous, eruditely work through thoughts and memories, even as they struggle to give an exact name to their pain. “They can only express a diffuse suffering, between physical and spiritual, although they don’t always do so,” the narrator puts it in My Two Worlds. Their muffled narratives coil around walks or journeys, are rich in description and digression, and the ratio of action to rumination tends to be low—though moments of violence may erupt without warning. For these and other reasons, the few Anglophone critics who have bothered to read Chejfec have placed him in the tradition of W. G. Sebald and Peter Handke.

It is a misleading comparison. These two German-language writers were heirs of dark histories, and it is this burden that gives their books their weight. By his own admission, Chejfec is less interested in the past than in the stealth political revolutions of his own time (though Argentina’s dirty war casts a long shadow over his work).

In ways they cannot quite know, his characters are prey to the violence of austerity, have their grip on time and history loosened by globalization, their senses rewired by the internet, and much else. “Today [politics] reflects a different experience from [the one] it represented decades ago,” Chejfec has written. “People now suffer the consequences of politics all the time without necessarily being aware of it.” It is this rapid disappearance of public life, which the philosopher Wendy Brown describes as the “vanquishing of homo politicus,” that is a hidden subject of Chejfec’s work. The Incompletes, originally published in Spanish in 2004 and now ably translated into English by Heather Cleary, is both his strangest and most directly political novel to make it into English so far.

The book resists straightforward description. At a pinch, you could call it an anti-travelogue. While Chejfec’s other novels involve much walking, The Incompletes unfolds largely indoors, in a single building, the Hotel Salgado in Moscow. Early on, an Argentine traveler named Felix—who in his youth “decided to leave his country and survive in the world like a wandering planet”—checks into the hotel and then stays on for months for reasons that remain obscure. From time to time, he sends postcards and letters back to an Argentine friend, the book’s shadowy, unnamed narrator, who cobbles together (and also fabricates?) the story, though the novel itself hews close to Felix, unspooling in the close third person.

That said, Felix should not be read as a psychological character. Rather, he is a vehicle for Chejfec to explore certain ideas. “Leaving the country,” the narrator suggests near the novel’s opening, “was [Felix’s] attempt to free himself from the bonds of nationality in favor of other, more fluid ones that would protect him, illusorily, from the decisions of a single State and from the emotional effects of what happened there.”

While specific dates and times are not given, it’s clear that Felix fled the economic turmoil of post-dictatorship Argentina—spiraling inflation, food shortages—for greener pastures. In this he is like any number of the aspirational migrants that dot the landscape of recent fiction. But where a character like Julius in Teju Cole’s Open City can luxuriate in his placelessness, Chejfec consigns his hero to a more radical fate. In leaving his country, Felix trades away a crucial aspect of his self, becoming a kind of shade in purgatory. “He felt like a person without a past,” the narrator dryly observes. Without this tether, his loses his agency, and is reduced, as in the nouveau roman, to mechanical daily routines and fits of gnomic philosophizing (there are shifty meditations on time, memory, space, writing: it is a Borgesian catalog).

This goes on for a while, perhaps too long, before the story takes a turn. For complicated, vaguely creepy reasons, Felix is lured out of the hotel by its proprietress. But his attention—and Chejfec’s—quickly shifts from her to Moscow itself. Like Chantal Akerman in her film D’Est, Felix embarks on a series of ghost tours through the city’s vanishing socialist past: visiting its markets, centers of public transport, and old residential complexes. (As in D’Est, there is a focus on people waiting in queues.) These baleful expeditions, which are beautifully described and at times border on the surreal, make up the bulk of the second half of the book.

Chejfec does not spell out how the two narratives—Felix’s strange personal story and the historical collapse of the USSR—are related. But his critical writings offer a clue as to how the novel might be read. In a 2005 essay titled “Political Fables and Aesthetic Renewal,” he speaks at length about the attractive fluidity of mixed-media installations. An installation artist, he writes, can put very different things into a rough, contingent dialogue, allowing for unpredictable connections to emerge and flicker. My sense is that The Incompletes is modeled on a similar principle, each narrative strand obliquely activating the other.

Few readers are likely to “relate” to the extreme form of loneliness that Felix is suffering. Yet it is also true that the ascendance of this thing we call “globalized corporate capitalism,” bitterly traced via Felix’s wanderings through the decaying corpse of the Soviet experiment, has severely damaged our capacity for shared experience. Bringing these manifestly different stories together is then a kind of shock therapy. Chejfec is not nostalgic for the USSR, but he knows that in the absence of a common project we all risk becoming a version of Felix—and that we already resemble him more than we would like to admit.

Granted, this is a heavy concept. Not all will find it compelling. For this reason, The Incompletes is probably not the place to begin with Chejfec (new readers should rather turn to The Dark, which is a small, piercing masterpiece). Yet the book is another reminder of how deeply Chejfec is thinking about the form of the novel, pushing its boundaries to let modern varieties of social malaise leak in, and thereby renewing the novel’s ability to reflect—and affect—our lives.

Ratik Asokan is a writer and editor. Originally from Mumbai, India, he presently lives in New York.