Literature
The Book of Disquiet 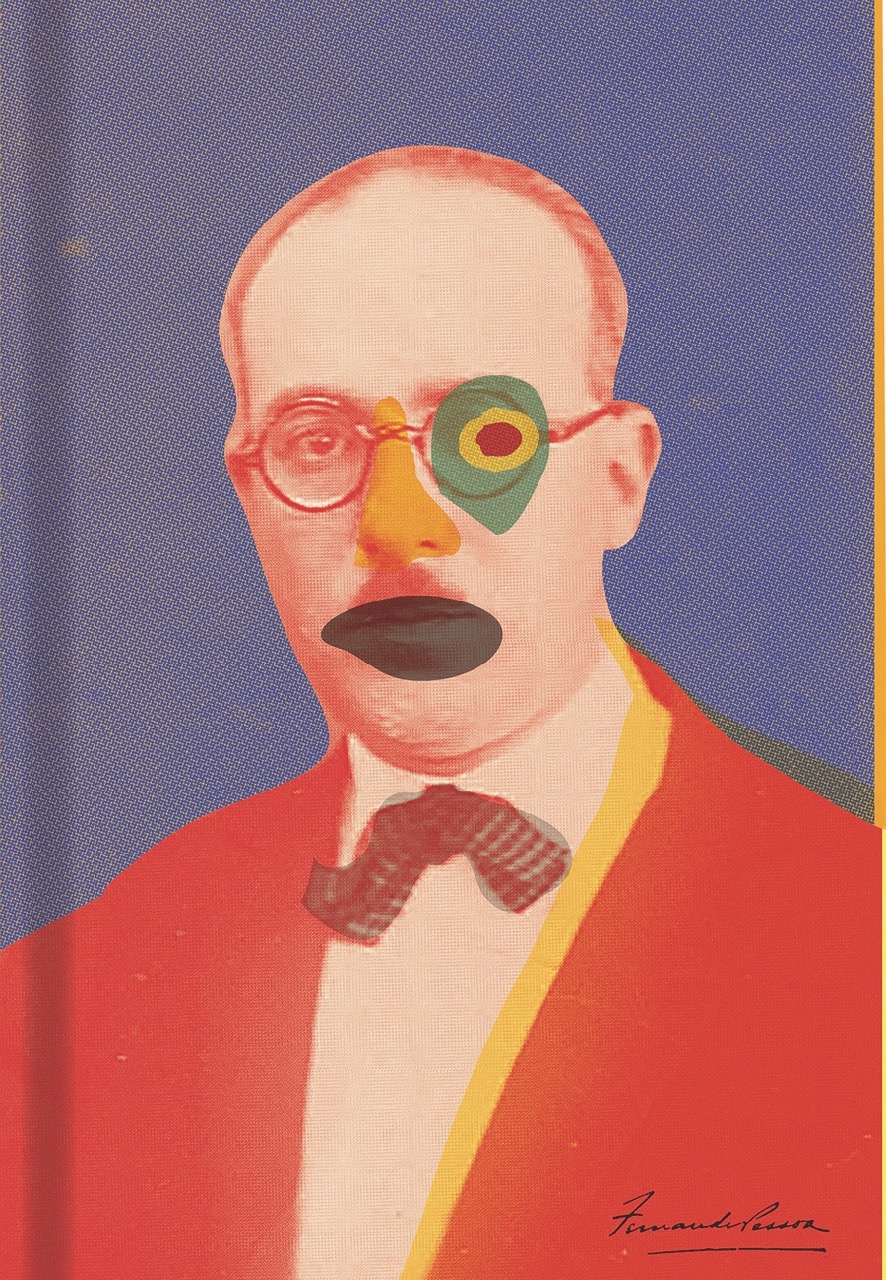 A few select writers become companions who accompany you on life’s journey, or whatever part of it might coincide with the reading of their books. Their thoughts color your days, and your feelings inflect their words, so that it seems as if you are speaking through Thoreau’s Walden ponderings, Dostoevsky’s grand inquisitions, or Proust’s pursuit of lost time. It’s a peculiarly and often thrillingly adolescent (add Salinger to the above list) way of reading-as-identification—something I rediscovered as I found myself plying the early waves of summer on the bound galleys of Fernando Pessoa’s haunting and fragmentary imaginary diary, The Book of Disquiet. True to its title, the book perfectly matched my feeling of drifting anomie at a time when work was becalmed, and I found myself wondering, yet again, “Who am I, really?”

The answer, according to Pessoa, is absolutely nothing—“Life, the soul and the world are all hollow . . . emptier than the void”—and yet, at the same time, everything: “There’s intoxication enough for me in just existing. Drunk on feeling, I drift but never stray . . . I’m just the same. But behind this sameness, I secretly scatter my personal firmament with stars and therein create my own infinity.”

Pessoa’s enormous, unfinished, and mostly unpublished output must have indeed seemed an infinity to all the scholars who had to sort through the posthumous fragments that were left crammed in trunks at the author’s death in 1935 at the age of forty-seven. It took almost fifty years for the first Portuguese edition of The Book of Disquiet to appear in 1982. A number of versions (including four in English) have come out since then, and the editors—like Richard Zenith in his 2002 Penguin translation—have generally selected and arranged the entries to give some sense of thematic structure and flow. Adopting a different approach, a new, complete edition—published by New Directions, edited by Jerónimo Pizarro and beautifully translated into English by Margaret Jull Costa—dates the entries and publishes them, for the first time, in the chronological order of their writing.

Because of this, the new Book of Disquiet is actually two rather different books, which reflect the shifts in Pessoa’s rather unique authorial strategy. Pessoa’s family name means “person” in Portuguese, which would have been even more appropriate in the plural—large parts of his oeuvre were produced by other Pessoas. Not just pseudonyms masking the writer’s identity, but entirely separate personas that he called “heteronyms,” each with their own distinct biography, physiognomy, and unique contribution to Portuguese letters: the pastoralist Alberto Caeiro, the classicist Ricardo Reis, the Whitmanesque Álvaro de Campos and Pessoa himself for poetry, and for autobiographical prose, Vicente Guedes and Bernardo Soares—the two authors of The Book of Disquiet.

The First Phase (1913–20) of Disquiet, a little more than the first third, comes out of the earlier (you might say immature) heteronym, Guedes, while the Second Phase (1929–34) is the work of Soares, an assistant bookkeeper in a Lisbon fabric warehouse whom Pessoa regarded as more of a “semi-heteronym”—a distortion of himself rather than another Pessoa altogether. Soares is vividly alive as the shabby, melancholy clerk, “gazing down from these majestic dream-heights.” Guedes, on the other hand, feels mostly like a yearning void, alternating Goth-ish alienation with vaporous visions: A “confused, crazy, self-absorbed retinue like opals among which amaranths and terebinths write insomnias of understanding on the obscure walls of hearing,” to give one example, which might actually sound pretty good with some seventies prog rock backing—say, Rick Wakeman on keyboards and Ian Anderson on flute. In any event, Guedes’s entries eventually peter out, and a few years later, the splendid Soares, with his “sad, exalted” heart, takes up the quill.

My advice is to skip ahead and read the Second Phase first; once your feet have been firmly planted in the dust of Soares’s Lisbon, you can go back to the First Phase (which, to be fair, does occasionally rock). Or—and this is perhaps the most natural way to enter Pessoa’s world—simply dip into the book at random, as you might with the other great, pessimistic aphorists like La Rochefoucauld, Leopardi, or Cioran. In fact, since Pessoa probably never intended to produce a finished work, the ideal Book of Disquiet would be a kind of facsimile of the original authorial chaos: a file box full of all the fragments printed on mixed pieces of paper, mimicking the scribbled restaurant napkins, hotel stationery, pages torn from ledger books, et cetera, on which Pessoa probably first penned them.

Perhaps this particular way in which they were written gives many of the entries, Soares’s “brief notes on the theme of non-existence,” a feeling that is at once casual and at the same time deeply urgent. Despite Soares’s repeated affirmations of existential detachment, there is a strong undercurrent of feeling, what the Portuguese call saudade, a term that has no exact equivalent in English, and conveys a yearning for wholeness, the indolent ache of missing something that is no longer—and, in the case of Pessoa/Soares, that never was: “Unknowingly, I have been a witness to the gradual wasting away of my life, to the slow shipwreck of everything I ever wanted to be.”

The Book of Disquiet is not all melancholy introspection. Soares describes himself as “a sentient mirror fallen from the wall, but still turned to reflect the diversity of the world,” and his musings are anchored in lovely, and often loving, evocations of his office and the surrounding Lisbon streets, the early bustle of the tramways and fruit sellers. “What a morning this is that wakes me both to the brutishness of life and to its overwhelming tenderness!” In the few square blocks of Soares’s circumscribed life, The Book of Disquiet evokes a whole world. Nature, too, gets its due: Soares is exquisitely attuned to the changeable weather, the dark clouds that echo his ragged self, and, especially, the transitional times of dawn and dusk, when “all these half-tones of the soul’s consciousness create a raw landscape within us, a sun eternally setting on what we are.”

It is in Soares’s specificity, rather than in Guedes’s disconnected dreams, that we, the reader, find ourselves most at home. After all, aren’t we all just timid Portuguese clerks at heart, scribbling out our most secret selves on the reverse side of our everyday accounts, expressing those “moments when the vacuity that comes with one’s sense of being alive takes on the density of something concrete” (or something like that)? Well, maybe not—but for a few precious pages, we become Fernando Pessoa, who begat Bernardo Soares, who begets us. As well as a meditation on futility and imperfection, The Book of Disquiet is a celebration of dreams and the imagination—the paradoxical freedom that comes from utter insignificance: “Because I am nothing, I can imagine myself to be anything. If I were somebody, I wouldn’t be able to.” Pessoa’s turns out to be a surprisingly life-affirming work; a depressive book, to be sure, but not a depressing one. There’s really nothing quite like it in world literature.

Jean-Christophe Castelli is a New York City-based producer and screenwriter, most recently on Ang Lee’s 2016 feature, Billy Lynn’s Long Halftime Walk. He is also the author of The Making of Life of Pi (Harper Design, 2012), and his writing has appeared in Vanity Fair, Esquire, Elle, The Village Voice, and other publications.