4Columns returns with a new issue on September 6. Until then, leaf through our sixth summer missive: a collection of reviews considering the natural world and our nonhuman brethren. 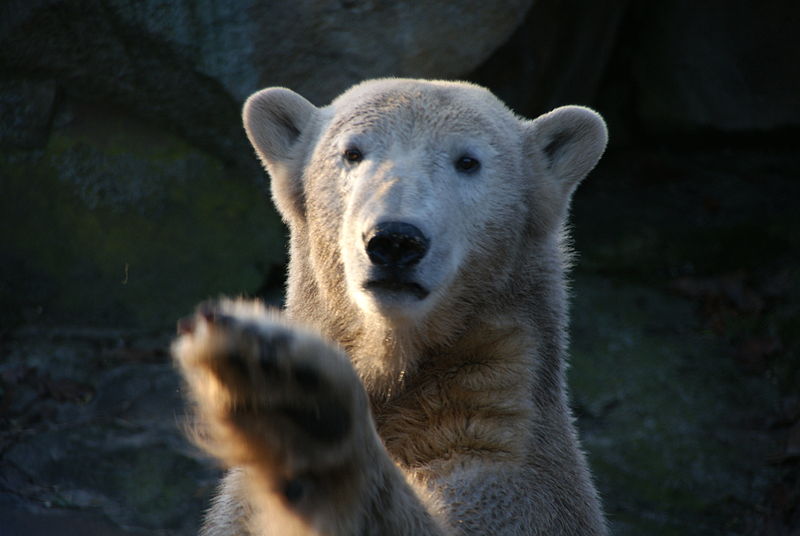 The Amazon is burning. Greenland is melting. Iceland just held a memorial for its first glacier lost to climate change. Honeybees continue to die in unprecedented numbers—and at least 1 million other plant and animal species face extinction in the coming decades, a UN panel estimated in May, an extinction rate the panel believes will only accelerate unless drastic measures are taken. And yet, even as it is rapidly transforming around us, the natural world is also reciprocally flourishing in the human imagination, it seems. Consider how plant neurobiology has become intensely trendy again in both academia and pop culture, or how octopus fandom has become a heavily merchandised global phenomenon. It is as if we were trying to imprint the marvelous flora and fauna around us indelibly onto our memories before they all disappear, immortalize the beautiful world-that-once-was through cultural forms. It is in this spirit that, for our last missive of the summer, 4Columns offers a small catalog of books, films, and artworks that might help us to ever-so-slightly decenter our human subjectivity, and more humbly consider the nonhuman life around us. 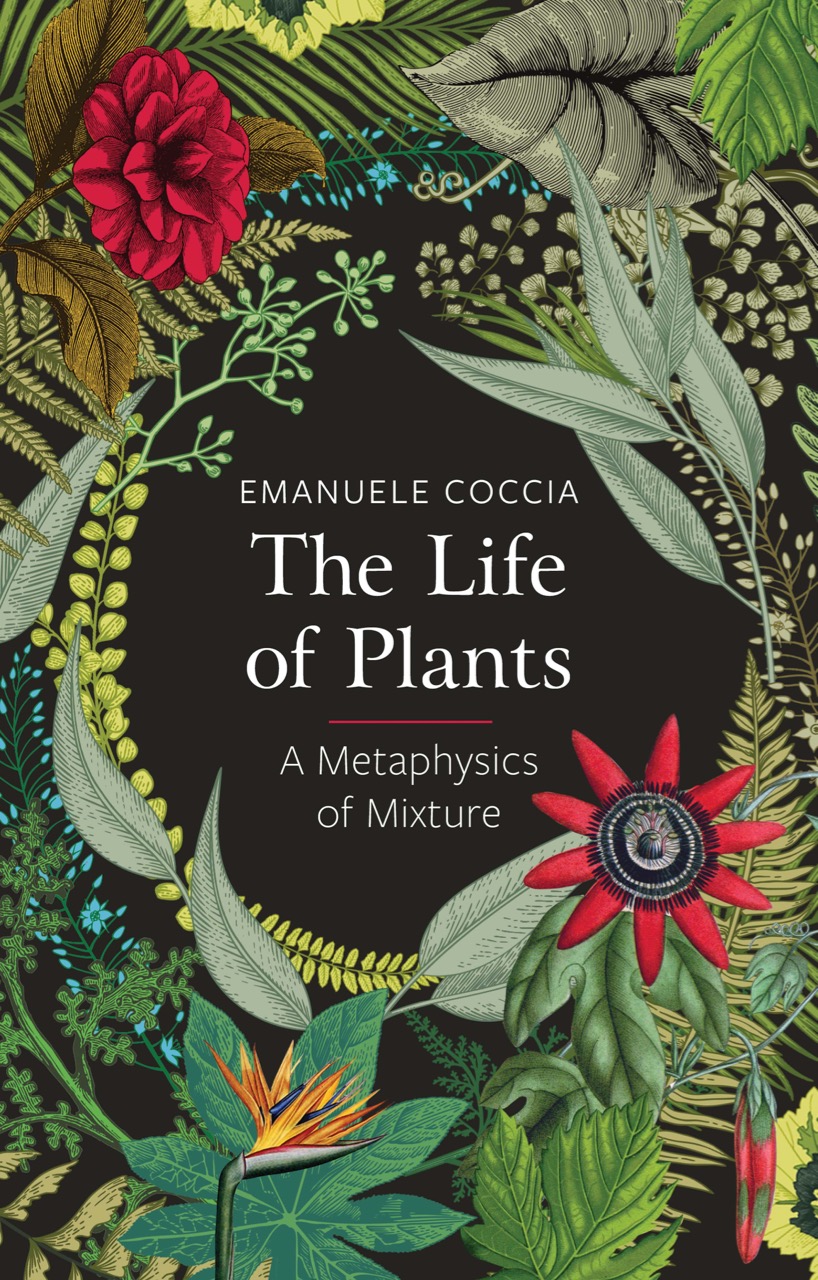 The Life of Plants: A Metaphysics of Mixture, by Emanuele Coccia, translated by Dylan J. Montanari, Polity, 167 pages, $22.95. Reviewed by Ania Soliman.

Some humans might view plants as inert, passive objects that people may destroy or protect at will, with the plants themselves having little say in the matter. But for other thinkers, plants are actually our custodians, even our creators—they constitute the very condition of our own possibility. Such is the argument of Italian philosopher Emanuele Coccia’s The Life of Plants, reviewed for 4Columns by Ania Soliman. The book “asks us to consider ourselves as byproducts of a world made by plants,” Soliman explains. “Coccia views vegetative life not as an inert chemical dream from which we humans have woken up, but as the continuing basis of our ability to reason.” 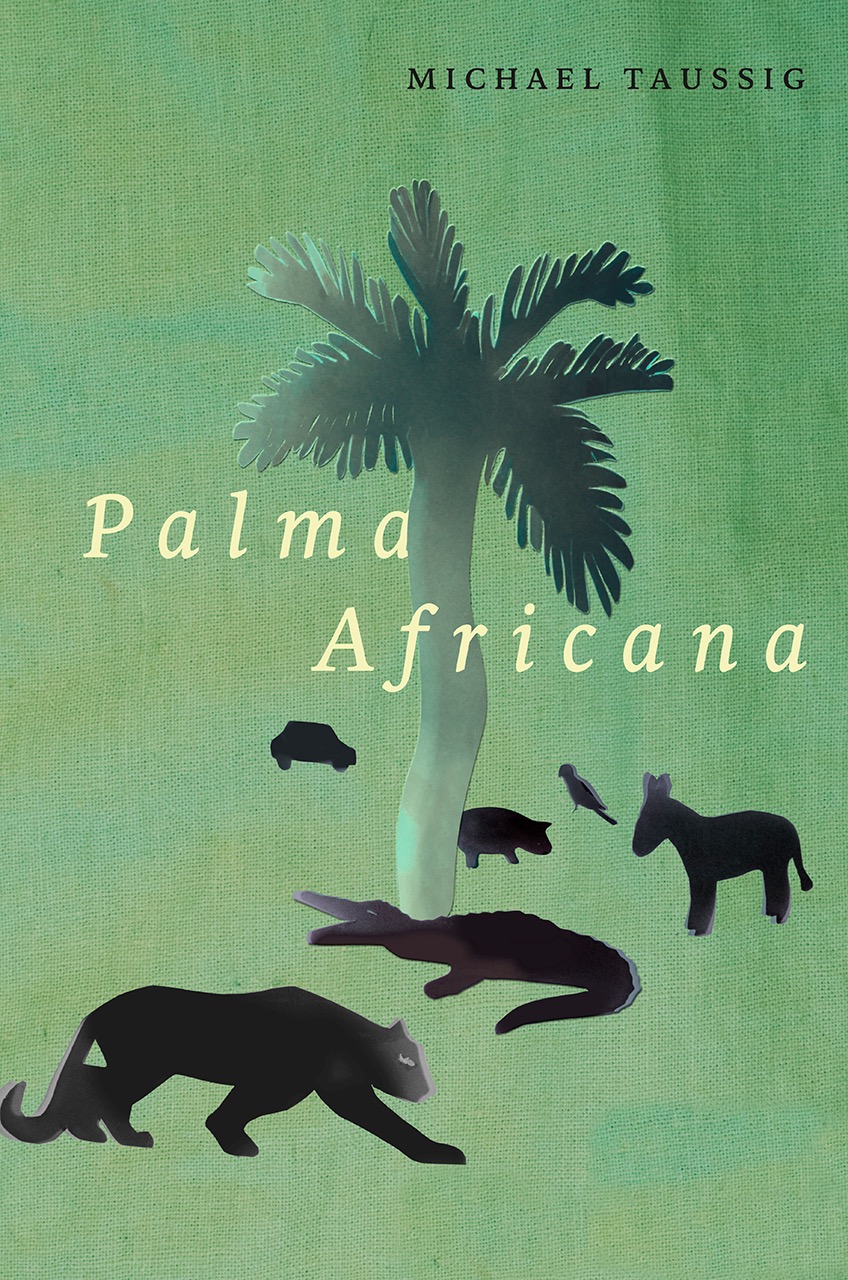 Australian anthropologist Michael Taussig also considers the radical conceptual possibilities of the plant in Palma Africana, a study of oil-palm cultivation in Colombia that “makes unexpected links between magical realism, shamanic ritual, and cultural theory,” Brian Dillon observes in his review of the strange tract. For Taussig, “the oil palm is not only a money-making crop and ecological menace; it is also a symbolic species, a metaphorical and magic plant,” and he tries to find a way to write its history in such a way that language itself will become “ecological.”

While some viewers might have expected Alma Thomas to produce obviously political, socially engaged works reflecting the civil rights battles of her time, she instead turned to the experience of nature in her lovingly tended garden, producing elegant and crayon-bright paintings of abstracted flowers designed to underscore “beauty and happiness.” Reviewer Aruna D’Souza argues that the paintings shouldn’t be dismissed as “apolitical retreats from the harsh realities of her political moment,” but rather appreciated as “acts of nurturing and care for a community stretched to its limit.” In these paintings, the garden becomes a healing place of respite. 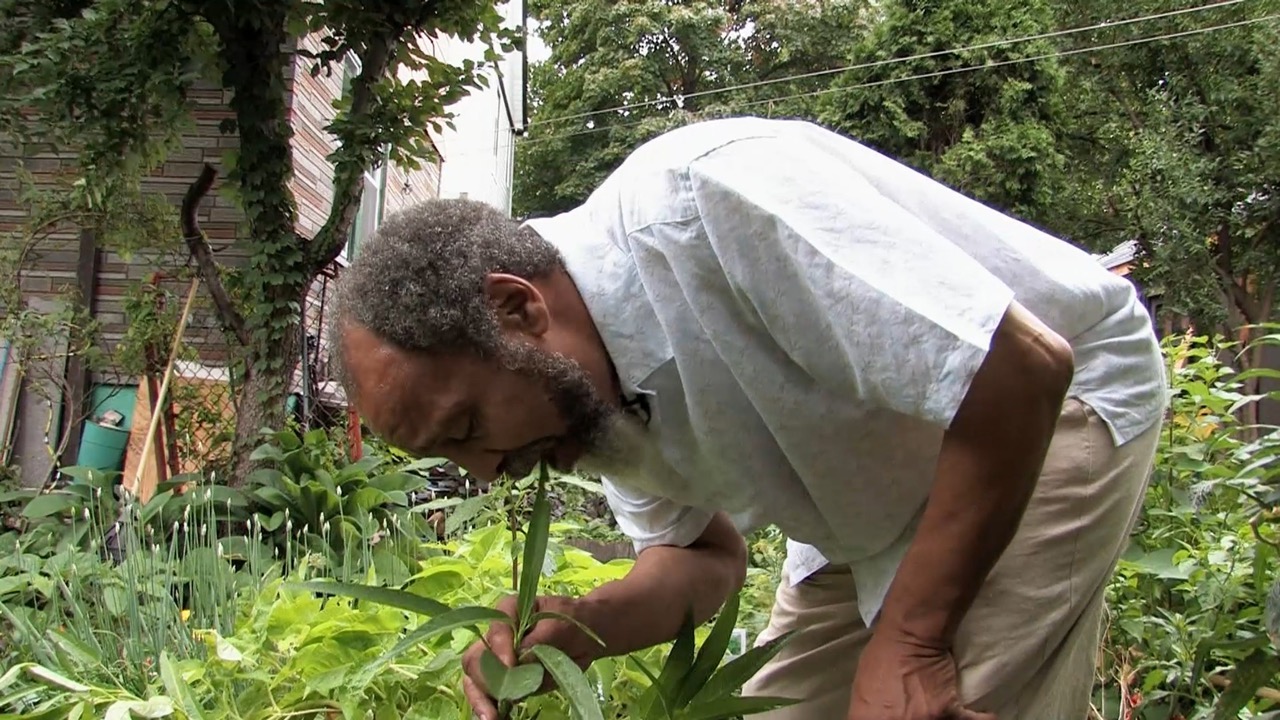 Jazz legend Milford Graves, famous for his compositions based on the beating of the human heart, also tends an enormous “global garden” filled with medicinal herbs and other edible plants at his home in South Jamaica, Queens—a garden that has its own section on his website, and which features prominently in a recent documentary on the musician. “Plants are constantly picking up cosmic energy, beyond photosynthesis,” Graves says in the film. “To me they’re just like humans, man, you’re constantly breathing in air . . . we’re breathing all kinds of elements of nature. So what makes you think that plants are any different?”

The animal kingdom is perhaps more relatable to a human audience than the plant world and its alien form of consciousness—it’s easier to project one’s human self onto a mobile creature with inquisitive eyes than onto an unspeaking tree. But can we ever truly know our fellow animals? Yoko Tawada’s recent novel Memoirs of a Polar Bear takes on that interspecies challenge, imagining with persuasive complexity the interior life of Knut, the Berlin Zoo’s world-famous, but sadly ill-fated, baby polar bear, as well as the backstories of his mother and grandmother. The book “practically gloats with originality,” writes reviewer Megan Milks. “To read it is to become polar bear.” 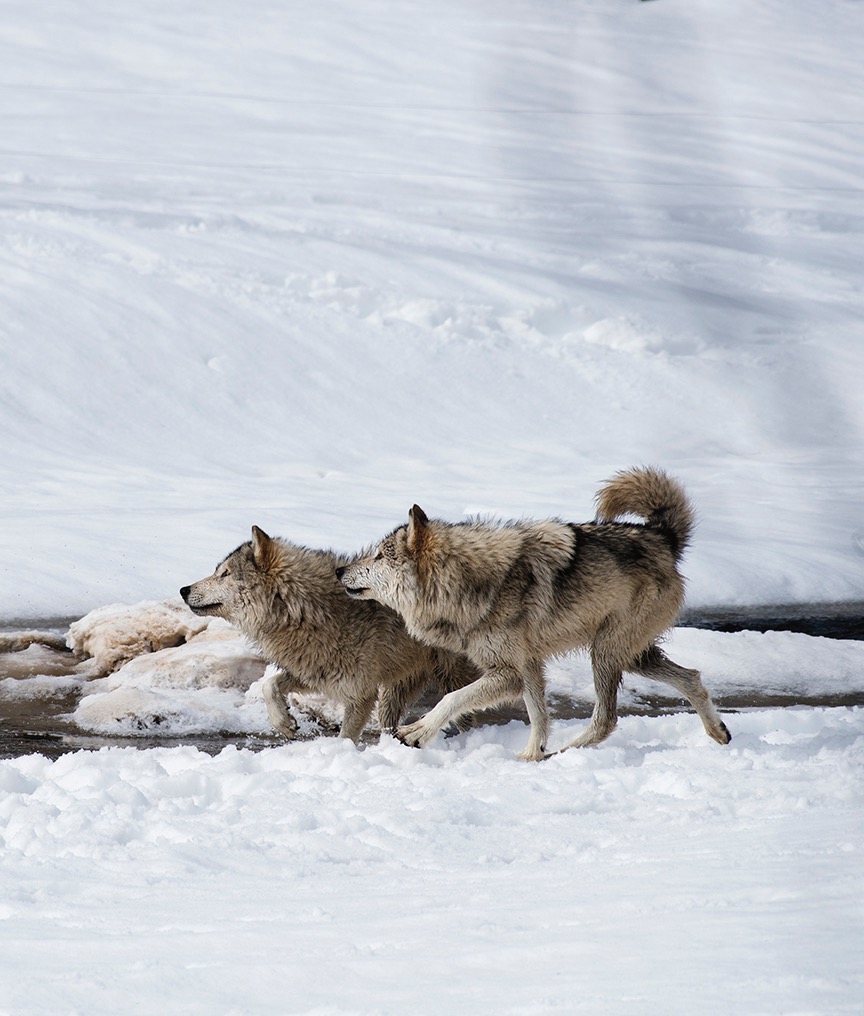 For his latest video installation, Redoubt, Matthew Barney was inspired by the story of the gray wolf’s reintroduction to central Idaho as a protected species in the 1990s, and the later reinstatement of hunting after the wolf population swelled. Barney’s resulting work “mashes up wildlife-management politics, survivalist sensibility, (al)chemical transmutation, gender and sexual dynamics, Judson Dance–style movement exercises, gun culture, and questions around artistic constraint with an Arcadian myth about a hunter who, as punishment for spying a goddess at her bath, is transformed into a stag and torn apart by his own dogs,” explains reviewer Jeffrey Kastner.

War for the Planet of the Apes, directed by Matt Reeves. Reviewed by
Ed Halter.

Perhaps the most iconic film franchise dedicated to interspecies relations is Planet of the Apes, which issued its latest sequel in 2017. This iteration was largely told from the perspective of the unusually intelligent apes, writes Ed Halter, and so “large stretches of the film depict complex flutterings of ape hands in untranslated conversation, punctuated by facial expressions and the occasional hoot. This elaborate, largely silent language is one of the more fascinating aspects of the film, simultaneously invoking both empathy and alienation.” And one of the movie’s most unnerving aspects is how it encourages that sympathy with the simians, writes Halter, setting “us up to root for the destruction of our own species.”