A sound scholar shifts how we think of bodily change and impairment. 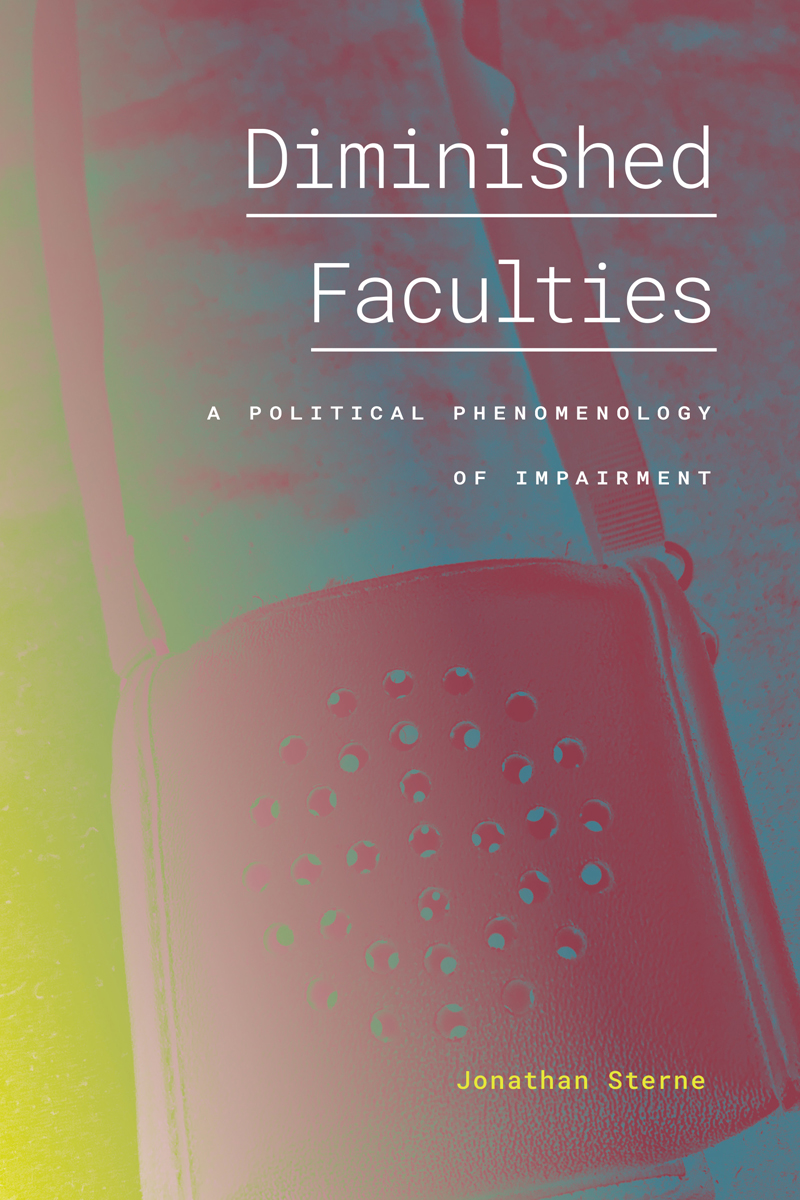 A few months ago, I was having trouble with my voice, straining to speak. I was booked for a laryngoscopy at the local hospital. In this procedure, a long thin wire is inserted into the nose and threaded through the nasal passages into the throat. A tiny camera at the end of the cable peers into the voice box, taking images of the vocal cords. It is an uncomfortable experience; even though I was numbed up with local anesthetic, I could feel the wire inside me, dangling above my larynx. While I was in this awkward state, the surgeon asked me to enunciate certain words, like “butter,” and had me pronounce vowels and sing various tones while she gazed intently at a computer monitor. On the screen, I could see real-time video of my vibrating vocal cords—fleshy, pink alien structures, like something out of a horror film. For someone who often writes about sleek electronic sound—think vocoders, digital speech synthesis, Kraftwerk—this was an acutely biological visualization of the voice that I wasn’t accustomed to witnessing.

The recently published Diminished Faculties, by sound scholar and professor Jonathan Sterne, goes deep into issues of disability, impairment, and the voice (including an extended discussion of the larynx and laryngoscopies). A new book by Sterne is a seismic event, an idea drop so heavy that it takes time to fully process. Sterne is preternaturally skilled at taking apart prosaic, everyday objects—like stethoscopes, in his breakthrough 2003 debut, The Audible Past, or digital audio files, in his 2012 tome, MP3: The Meaning of a Format—connecting them to history and culture and formulating elegant arguments that make you see and hear the world in new ways. His scholarship is rigorous, but he also maintains a fluid, approachable style that isn’t dry, as much academic prose tends to be.

Diminished Faculties is Sterne’s most personal book, delving into his experiences with thyroid cancer and losing much of his voice. After his diagnosis in 2009, he underwent surgery to remove a large calcified tumor that had grown in size to seven and a half centimeters. “Dr. Q had to carefully scrape it off, in thin layers, so as to not puncture my windpipe,” Sterne writes. “Then, after removing the tumor, they couldn’t find my right recurrent laryngeal nerve.” A long search for the nerve ensued, and finally, the surgeon had to close him up. Following the operation, Sterne’s ability to speak was greatly affected—one of his vocal cords was paralyzed.

Another intensive operation, a tracheostomy, installed a “trach tube,” a passageway to the windpipe, to help him breathe. “When the possibility of a trach was first presented to me, it was explained as a total loss of voice,” he recalls. “But as I learned firsthand, having a trach can mean many things, from no speech at all, to speech that is altered in one of many ways. Trach voices are highly variable from person to person, depending on the condition of their throats and chests. Some are hoarse sounding, some are whispers, some produce robotic, metallic, or inharmonic timbres because of the particular prosthesis they use.”

Sterne’s anecdotes about his surgeries are harrowing, though he writes about his medical issues with calmness and distance, almost as a fly on the wall, observing the scene from afar. He stresses that Diminished Faculties isn’t meant to only be about him. “As my voice changed, so did my relationship to it,” he notes. “Please resist the impulse to read this as a tragic story of loss of an ability, or a tale of overcoming. Of course there was fear in going into surgery, in not being able to breathe, and in the prospect of never speaking again. But this is really a story about how to exist in a changed body and how to negotiate that change.”

To this end, Sterne writes beyond his own experiences, using them as fuel for a broader exploration that builds on the work of disability scholars, theorists, and advocates. Diminished Faculties aims to puts forth a political phenomenology of impairment. “Phenomenology’s original conceit is that it can identify a universal horizon of experience from the fixed, coherent point of a contemplating subject,” he writes. His book is not meant to be a singularly perfect, polished argument but a fragmentary one, whose narrator is navigating a constantly shifting landscape of impairment himself.

In the second chapter, called “Meet the Dork-o-Phone,” he talks about a portable voice amplifier he wears. “Its oddity is socially produced,” Sterne argues of the voice amplifier. “As design object, one might expect it to fall under the category of audio wearables: MP3 players, earbuds, smartphones, and now even boom boxes, thanks to lighter batteries, computer-assisted cabinet design, and different elements in the magnets. But categorically, it falls on the side of artificial limbs, insulin pumps, and crutches.”

Sterne also discusses hearing aids, along with loudness and decibel levels, and earplugs and hearing protection. The most potent segment of the book, though, is his closing chapter on fatigue, a topic that is often diminished in importance by society and the medical establishment. “As a concept, fatigue has a hazy history, at once material and subjective,” he observes. “In people, it describes an impairment that is sometimes physical, sometimes mental, and sometimes both. It reaches outward and inward, marking a relation with others and a relation with one’s self.” Sterne reports that he pushed to finish the chapter on fatigue while exhausted from the side effects of a strong cancer drug used to treat the metastases in his lungs. Fatigue, he writes, is a complex subject, often classified as a symptom of something else instead of being reckoned with on its own. And, as he and other scholars have asserted, it is tied to labor, to productivity, to capitalism. He resists the tendency to categorize fatigue as a mere depletion, a lack of something, instead looking at it from many other angles. “Impairment may be a blockage, a failure, a defect, but it is also a supplement, rich with texture and potential meaning,” he posits early in the book, after a discussion of glitches, distortions, radio static, and other aspects of communication. “If impairment is at the center of communication, then it is already at the center of experience. Nothing works exactly like it is supposed to—machines, media, models, conversations—and least of all, people. If almost everyone and everything has some degree of impairment (though not in the same way), then impairment is a quality of experience. Impairment is always already there.” His wide-ranging, cross-disciplinary outlook is not only instructive, but also empowering and inspiring.