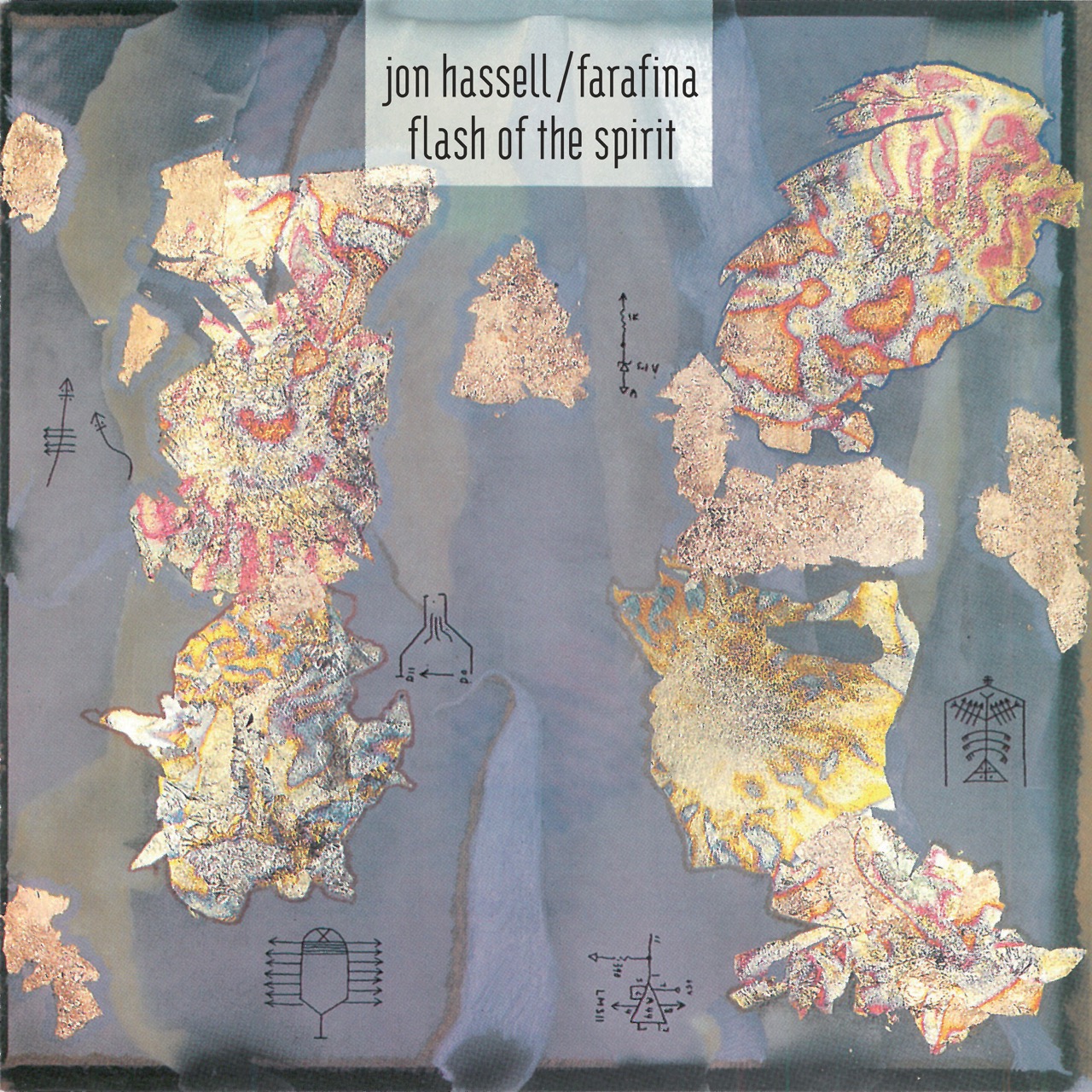 Flash of the Spirit, by Jon Hassell and Farafina, Tak:Til/Glitterbeat

Few people can lay claim to inventing a totally new sonic terrain. Jon Hassell is one of them. Beginning in the 1970s, the composer and musician devised a method of playing the trumpet that expanded its reach. By feeding the trumpet through a harmonizer or other electronic effects, and playing it with a fluid, expressive style schooled via Indian classical music, he made music in a way that was closer to painting. He focused on creating lithe contours, luminous colors, billowing clouds of sound. Like Miles Davis, who vastly enlarged our notions of what the trumpet could be, Hassell, now eighty-two years old, pushed it in yet another radical direction.

Several decades ago, Hassell coined the term “Fourth World,” pointing the way for an abstract and fictional world music of “unknown and imaginary regions.” He released albums that mapped alternate geographies, even in their titles: Vernal Equinox (1977), Earthquake Island (1978), Dream Theory in Malaya: Fourth World Volume 2 (1981), and Aka/Darbari/Java: Magic Realism (1983), among them. With Brian Eno, he released an album in 1980 called Fourth World, Vol. 1: Possible Musics.

Hassell studied under the wily German composer Karlheinz Stockhausen for two years, but spent a far longer time working in New York under the famous late Indian singer Pandit Pran Nath, who was also the guru to La Monte Young, Terry Riley, Marian Zazeela, and many others. Hassell learned to play ragas from Pran Nath. “I wasn’t prepared to be the first raga trumpet player; I was too old to go that route,” he told me when I interviewed him some years ago. “So I had to bring in the things that I loved. [I thought,] ‘Why can’t I put this together with this?’ ” 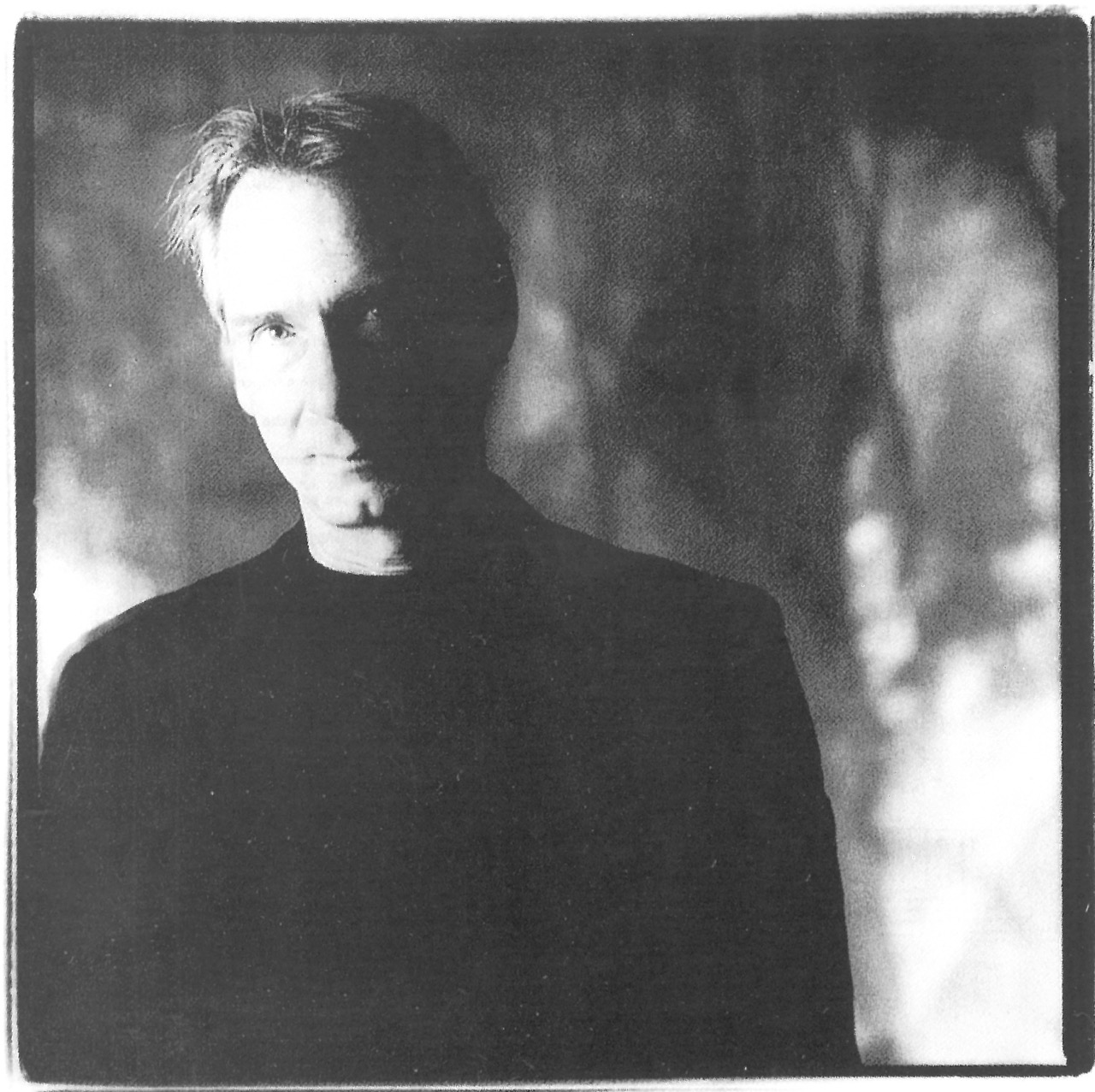 He moved from practicing ragas to crafting his own compositions. “I was drawing those beautiful curves I learned with Pran Nath—studying this whole thing about ‘shape making,’ ” he continued. “He used to use that phrase—meaning that you’re drawing calligraphy in air. It’s not like a piano, da da da [sings a scale] . . . Drawing the curved lines of a background grid is so much more of a subtle way of approaching things than Western music, which had been locked into this piano keyboard, equal temperament kind of thing. It was a big revelation.”

A lesser-known Hassell record has now been reissued for the first time—1988’s Flash of the Spirit, a collaboration with the group Farafina, from Burkina Faso. Farafina is a group of eight players, who employ a panoply of traditional percussion (the djembe, the shekere) along with the balafon (a type of xylophone), voice, and dance. The liner notes describe the record as “a unique blend of African and American music idioms which reaches simultaneously deeper into the past and further into the future”; the album’s title comes from the 1984 book Flash of the Spirit: African and Afro-American Art and Philosophy, by the art historian Robert Farris Thompson.

Coproduced by Eno and Daniel Lanois, Flash of the Spirit is a snapshot of a particular moment in the late 1980s, a watercolor swirl of ambient sonorities blended with copious amounts of digital processing. The music still fascinates, despite its ’80s sheen. The song “Night Moves [Fear]” percolates like bubbling water. On “(Like) Warriors Everywhere [Courage],” a propulsive churn underpins glassy cascades of keyboards and curlicues of trumpet. The closer, “Masque [Strength],” opens like an ancient medieval dirge and remodels itself into a sci-fi Blade Runner fantasy.

After the album’s release, Village Voice rock critic Robert Christgau, an avowed fan of African music, made his derision for the album known, issuing it a “B-”: “The idea was for the exoticist to collaborate with flesh-and-blood ‘traditional musicians,’ whatever that can mean in such a context,” he admonished, writing that Farafina had been reduced to “background music” for an “aural environment” in which Hassell and Farafina had “barely missed each other.” 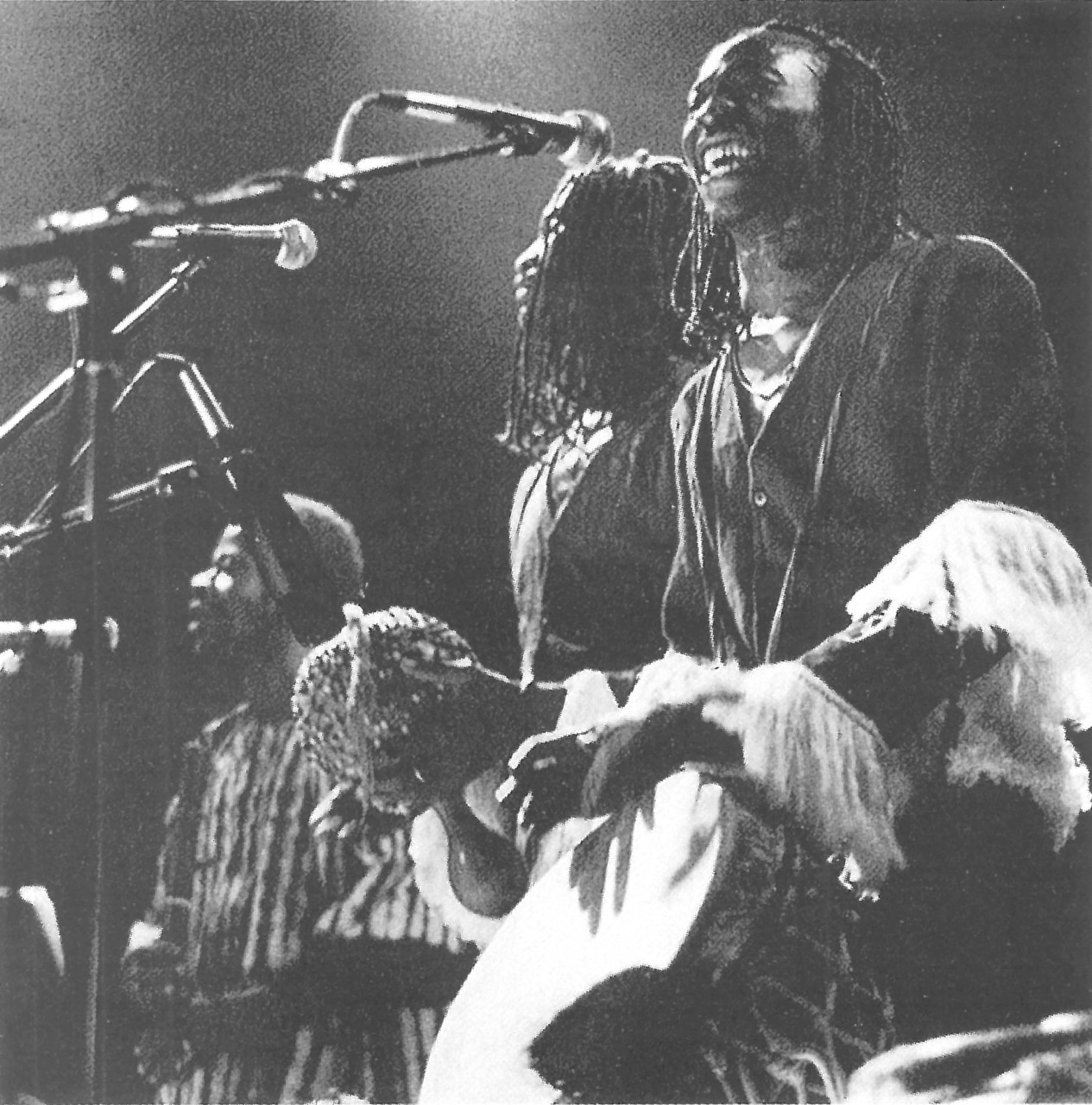 But Christgau had misplaced the narrative. Farafina was not just a flavoring for an ambiguous, Westernized world-music soup. In Hassell’s work, the music is organized in a way that isn’t confined to the standard vertical rock hierarchies of who is standing in front and who in back. Hassell describes his music as being arranged not vertically or horizontally but diagonally, generating misty atmospheres of color and texture. From early on, he’d been experimenting with samples of African drums; on albums like Earthquake Island, he used this percussion in place of the traditional Indian drone instrument, the tamboura. The tamboura is not a static backdrop; it constantly moves in place, like the ocean. It serves not as mere background noise, but an essential building block to the sound of Indian classical music. Hassell used African percussion as a meaningful element in his music. As his career progressed in the 1980s, he was able to collaborate with well-known musicians from West Africa directly.

There were many failed experiments at fusion in the 1970s and 1980s, and the 1980s were when the term “world music” was born—a marketing term, more than a musical one. Globalization was in full swing. There were big festivals like Womad, controversial albums like Paul Simon’s Graceland, over-the-top televised events like Live Aid raising awareness about the situation in Ethiopia. At the same time, there were huge advances in sampling, synthesizers, and music technology—helping lead to the twangy, spacey textures and hard digital surfaces that many now associate with “the ’80s.” Looking back, it’s easy to feel cynical. But Hassell’s work traveled the fringes, exploring an alternate path.

Flash of the Spirit is not the greatest album in Hassell’s long and distinguished discography. Vernal Equinox, Dream Theory in Malaya, Aka/Darbari/Java, and Fourth World, Vol. 1: Possible Musics are all better introductions for the uninitiated. But Flash of the Spirit still stands as an intriguing and curious document. In it, you can hear musicians actively building a new language with each other. It hails from a time when the possibilities of music seemed less well-defined, and borders felt more open.