Decades in the making, a notable release arranged by La Monte Young and performed by Charles Curtis. 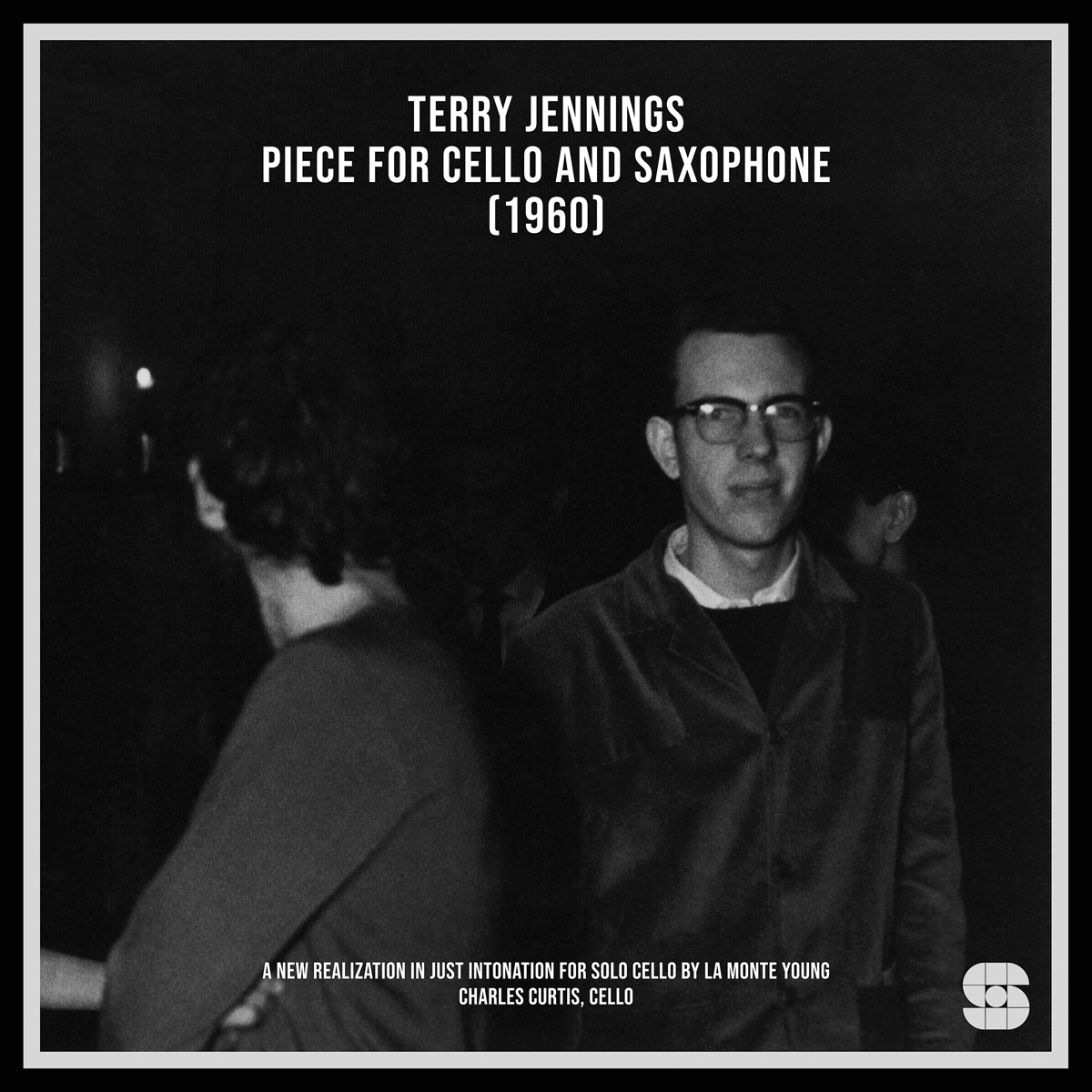 The story of Terry Jennings is a tragic one. He was born in 1940 in Los Angeles, in the scenic neighborhood of Eagle Rock. By all accounts, he was a child prodigy, displaying advanced skills in piano and clarinet at a very young age. By the time he was a teenager, he was performing in prominent blues and jazz clubs around the city. At one of these clubs, he crossed paths with La Monte Young, and the two became good friends. Young settled in Manhattan, and Jennings soon followed, flying cross-country in 1960 to make his New York debut at Yoko Ono’s loft. Jennings had an inspired career in the downtown New York avant-garde in the 1960s, sometimes playing with Young in the revolving collective known as the Theater of Eternal Music, and composing his own minimalist works. His ornate, lyrical saxophone playing, which sounded inspired by John Coltrane and Indian classical music but with a style all his own, earned many admirers. But Jennings soon became addicted to heroin, and at the age of forty-one, he was found dead in San Pablo, California, with his skull smashed in—he apparently had been attacked during a drug deal. 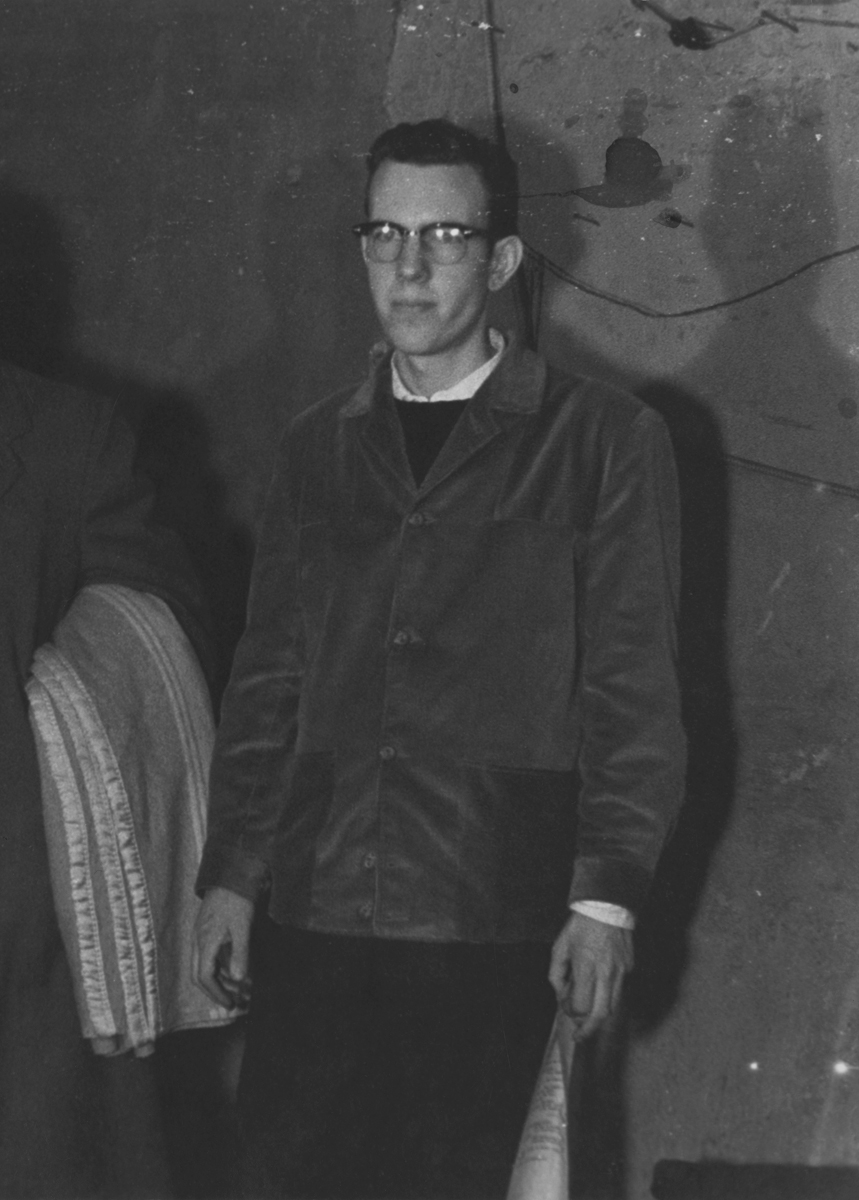 There were other gifted musicians in that scene who also met an untimely demise, including the percussionist and poet Angus MacLise, who similarly struggled with addiction and died at forty-one, and the composer Richard Maxfield, who jumped out of a hotel window at the age of forty-two. They both have music that, as of yet, has not seen the light of day, though a sizeable cache of MacLise’s writings and visual art has been retrieved and shown in galleries, and Maxfield’s recordings are available on several albums and notable compilations, along with audio reels preserved in a university collection. Jennings’s publicly available work is thin on the ground. Young holds most of his archives, which presumably include Jennings’s early appearances in the Theater of Eternal Music, but has not released them. (This has been a source of anguish for some fellow composers and musicians, including the late Tony Conrad, a key member of the group, who admonished in one essay: “La Monte Young’s sealing of our audiotape archive insured that the cultural legibility . . . would always be understood as indirect.”)

Sadly, there are no lavish Jennings retrospectives or even full albums where his exquisite music can be heard at length. He wrote only sixteen compositions that we know of, according to professor Brett Boutwell’s article “Terry Jennings: The Lost Minimalist,” one of the few in-depth sources of information about the composer. Over the past two decades, some scattered recordings have surfaced. In 2006, a short but intriguing live performance of Jennings’s Piece for Cello and Saxophone, from the Avant Garde Concert III at Judson Hall in 1964, with Jennings on saxophone and Charlotte Moorman on cello, appeared on Cello Anthology, a Moorman retrospective box set. In 2008, listeners were gifted with a luminous eleven-minute exploratory jam called “Short and Sweet,” recorded at CalArts in 1974, featuring Jennings on sax and Charlemagne Palestine on piano. 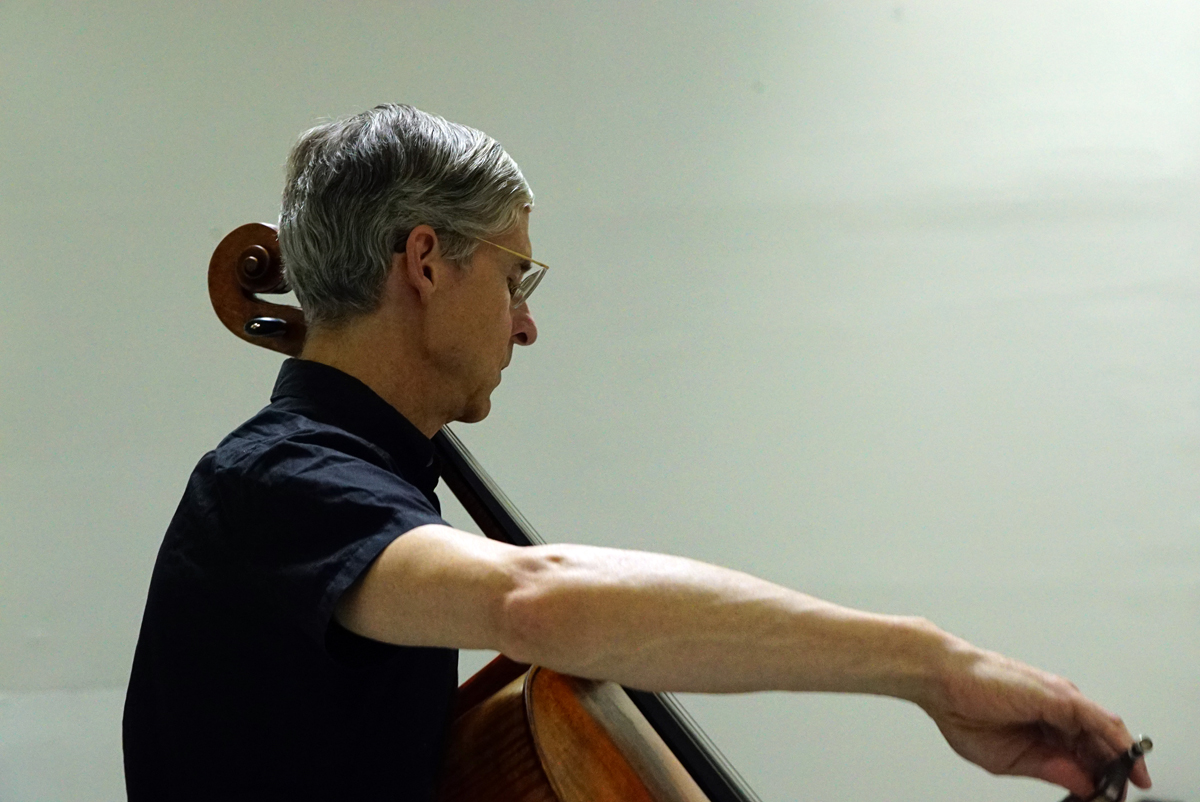 Young began reenvisioning Piece for Cello and Saxophone in the late 1980s, working with the cellist Charles Curtis, after Jennings’s death. A remarkable new recording will soon be released by Saltern. The record features Curtis performing the piece at a 2016 festival in Ghent, layering live and prerecorded segments. Interestingly, there is no saxophone on this album. Instead, Curtis’s instrument takes center stage, moving with an improvisatory, virtuosic style reminiscent of North Indian ragas. The music was arranged by Young in just intonation, a form of tuning that uses pure intervals, lending a rich, radiant fullness of sound. “I really feel that I have made the realization into something that is much more my own music than Terry’s,” writes Young in the liner notes. “This is not to take away from Terry’s musical genius and the greatness of his composition Piece for Cello and Saxophone. It is simply that I have added so much to it that it is unlikely that Terry would have ever realized the work in this way himself. . . . Although Terry liked to listen to harmonics, he did not compose anything in just intonation.” 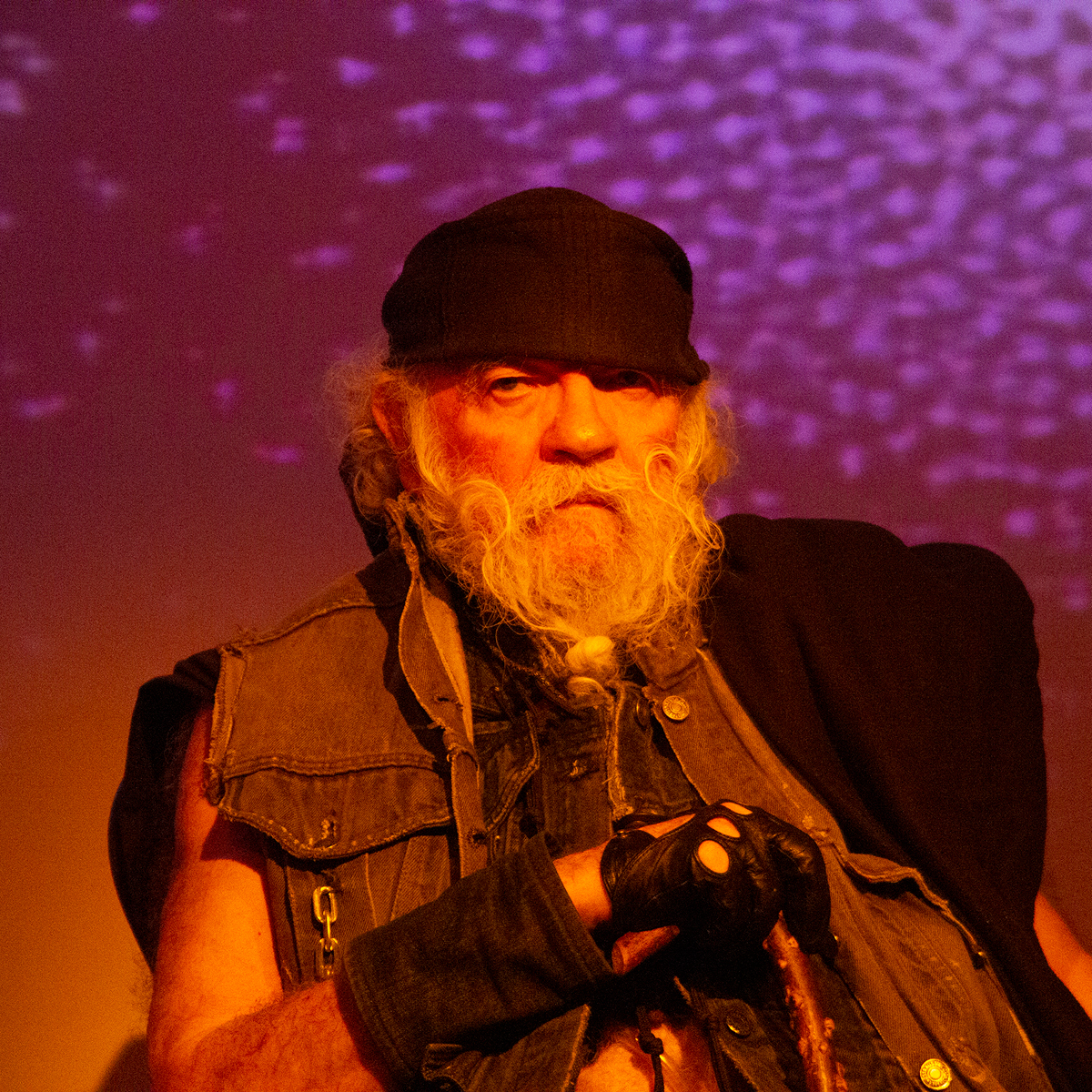 The album, split into four parts over two records, moves at a stately pace—a serene, meditative hymn over a peaceful drone. Curtis’s performance is elegant and meticulously detailed; he has studied this material for over thirty years. He first performed it with Young at Dia in Manhattan in 1989, according to Curtis’s interview with Saltern label head Tashi Wada, printed in the liner notes. 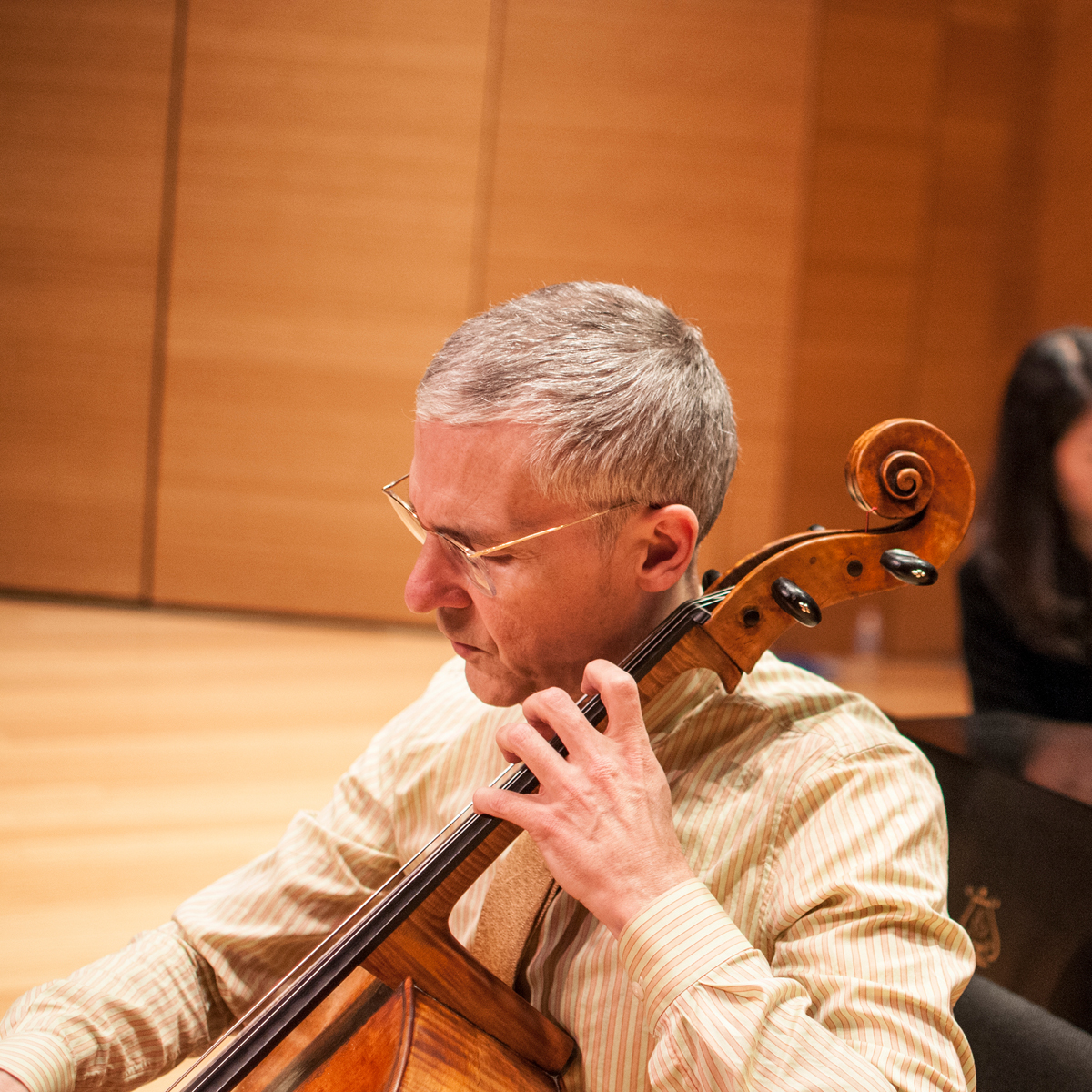 Curtis and Young worked from Jennings’s original score. “It looks like a sketch and might even be one,” Curtis told Wada. “Yet a sketch of a potentially very detailed musical structure. Every time La Monte and I got together, we would begin by puzzling over the written instructions, which really do not add up. Each rehearsal, we would read the same instructions again, very patiently, and try to figure out what Jennings had in mind.” The only known recording of Jennings playing the piece, the one with Moorman, is less than three minutes long; on it, his saxophone is both impressively agile and deeply emotional. This recording, by contrast, is nearly eighty-five minutes—glacial and expansive.

The dramatic transformation, and the amount of creative license that had to be taken along the way, brings up some interesting questions. Is this Jennings’s piece, or is it Young’s homage to Jennings? One could argue that it is a bit of both—a conversation with a prior moment in time. The tranquil realization stands in contrast to the chaos that marked Jennings’s later life; it is a distillation of the essence of his delicate, expressive music.