From Farrakhan to foxhunting: a collection of essays by Darryl Pinckney. 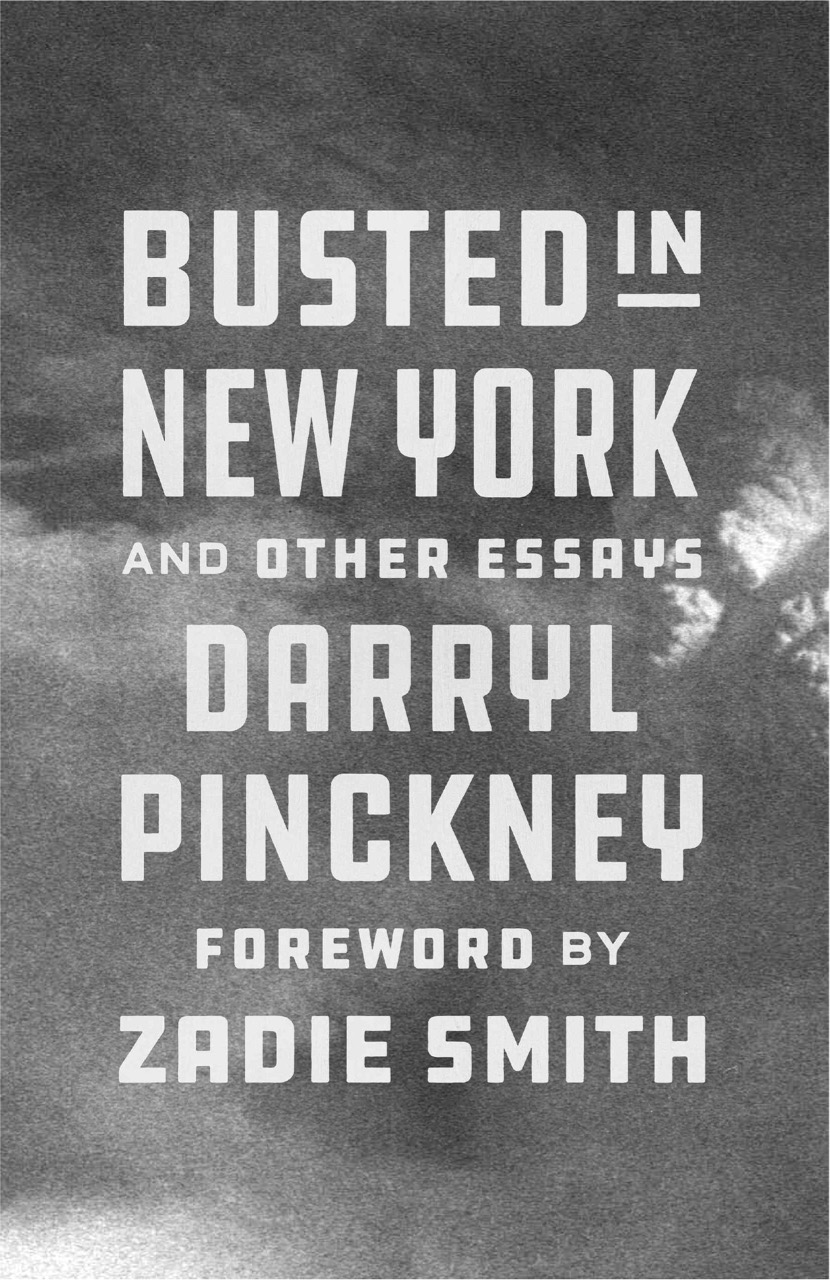 The title essay of Darryl Pinckney’s new collection, Busted in New York, is a study in various types of shame. There is first of all a very bourgeois, middle-aged blunder. In 2000, in the company of two well-off friends—one white, one mixed-race—Pinckney attends a reggae club on the Lower East Side. Late in the evening the three of them wander outside to spark up and are swiftly arrested. “We’d been smoking a joint right around the corner from the local precinct house—that’s how hip we were.” Greater indignities follow: a jarring van-ride to the Tombs, then a strip search, before Pinckney is led to a crowded cell. “I didn’t want to look too intently at the other men in judicial storage, in case to do so meant something I could not handle the consequences of.” As a conspicuously privileged African American offender, his plight is nothing compared to that of the poor black and Latino men around him—which is a source of shame in itself. As is his ability to cope with arrest and humiliation: later, “even the squalid bits, when told the right way, got laughs.”

A degree of equable, self-preserving detachment is very much Pinckney’s essayistic style in these pieces, which were first published in the likes of Harper’s, the New Yorker, and the New York Review of Books. His background—middle-class family, Columbia, an early start at the Review—travels with him always in these vagrant essays on race in America, elective exile in Europe, and the shifting patterns of black intellectual and literary life. Whether his subject is Ferguson, Katrina, the optimism about Obama in 2008, or the Afro-pessimist temptation a decade later, Pinckney is a tireless relater: there is always a lineage or history he may cite, a personal or familial resonance to be sounded, some instance of embedded witness that demands to be told. Pinckney’s writerly calm is what allows him to see it all, and only sometimes to miss the point or blur the picture.

The bulk of Busted in New York is devoted to African American experience, thought, and writing in the past three decades—with forays into art, music, and deeper political or personal histories. In October 1995, Pinckney attends the Million Man March in Washington, and reflects on the event’s invocation of civil-rights marches of the 1960s, on the opportunism of certain black leaders such as Louis Farrakhan, and on “a troubling capitulation,” voiced in the day’s speeches, to conservative narratives about the failings of the African American family. Usually, Pinckney is a tentative presence at these gatherings, a fastidious older gay man who is surprised to find himself sitting by the side of the street eating fried chicken. As in the tale of his New York arrest, his class is, and then suddenly isn’t, a way of evading common or collective black experience. At a demonstration in Ferguson in 2014, he dodges bullets in the night, hiding out behind a shed for two hours.

A guiding pantheon of writers and thinkers surrounds him at such dark moments. Some of these are to be expected, especially James Baldwin, who is never far away from Pinckney’s mind or page. He is keenly aware of the subtle shifts and major accommodations, as well as manifest bravery and brilliance, in Baldwin’s life and career. In the late 1960s, condemned for his homosexuality by the Black Panthers, Baldwin nonetheless summoned a measured approval of militants like Eldridge Cleaver. Still, as Pinckney points out in “Under the Spell of James Baldwin,” it is the younger and older Baldwin who lives on among today’s activists, possessed of a fury that has little need for the paranoid macho stance. Elsewhere, Pinckney constellates a tradition of black writers—including W. E. B. Du Bois, Langston Hughes, Ralph Ellison, Angela Davis, and Ta-Nehisi Coates—in constant dialogue with one another. It’s a canon that will not settle easily into oppositions between optimism and pessimism, assimilation and separatism. And there are less familiar histories here too, when Pinckney writes about occluded black lives such as the eighteenth-century composer Joseph Bologne, the Chevalier de Saint-Georges.

In such pieces, which are frequently book reviews elegantly redirected or expanded to say considerably more, Pinckney is a generous type of essayist, one who cannot leave his influences uncredited. This is true both here and throughout his career. For instance, he has written brilliantly—in a 2013 essay for the Threepenny Review—about his admiration for Hannah Arendt, Mary McCarthy, Susan Sontag, and Elizabeth Hardwick. A fraction of his care for ideas and politics seems to come from each of them, though “Lizzie” is the obvious influence on his prose. It’s noticeable that when Pinckney is in retrospective mode, as in the opening lines of “Banjo,” a long essay on living in Europe, he starts to sound like prime Hardwick: “Thirty years ago, West Berlin was a backwater, quiet as a provincial museum. Either an upstairs neighbor was having sex, or those were pigeons cooing on the windowsill. How humbling to be reading Heine.”

Occasionally, Pinckney’s rarefied milieu seems to inflict on him in these pages a peculiar tone-deafness, or deposit him at some hampering remove from the scene he’s describing. There is already something off about that reference to Berlin as a “backwater” in the 1980s—try living in an actual backwater in those years. But for me the properly culpable moment comes later in the same essay, when Pinckney joins the 2002 Countryside Alliance march in London. This organization—in several respects a precursor of right-wing Brexiteer alliances and attitudes—was campaigning against the Labour government’s planned ban on foxhunting. Pinckney seemingly sets out with reportage in mind, but it quickly becomes clear the foxhunting scene is one he’s already socially familiar with. He joins the march armed only with a tone of mildly mocking irony for his aristocratic companions, and quite fails (even writing in retrospect in 2018) to see where this march was heading in the longer term: toward a now-ingrained animus against “metropolitan” Britain. It’s an odd, dismaying lapse in an otherwise learned, precise, and engaging collection.