A band whose delicate illogic resists the call of pop culture. 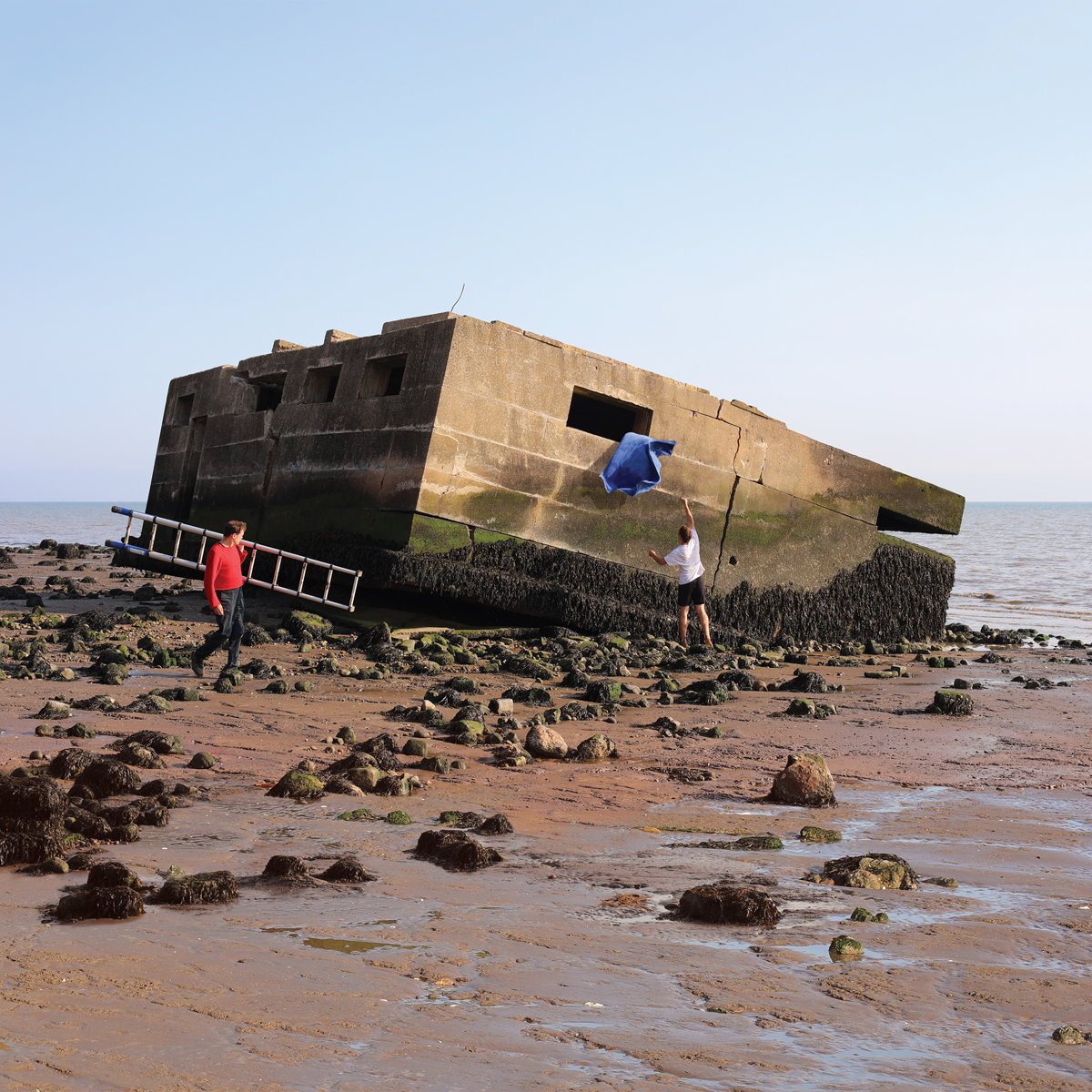 This is one of the rare days I wish I still worked for the tech-drunk arm of a dying tabloid, under pressure to write a misleading headline on the spot. I miss the dumb loud wood of British newspapers—the pleasures are unique. We could go with FAB ART GANG WELL QUIET ON DEBUT or SWEET CAROLINE IS IN THE YARD (AND ON THE SHED) or SOFT LOUD WHATEVER THIS LADY IS ON THE GO.

Technically an album and a singles compilation both, the eponymous debut from London’s caroline collects what they’ve done over the last five years. The delicacy of this octet perversely summons that clueless headline writer in me—the band’s total inverse—and the endless war between the terms of commerce and the fate of genuinely open-ended music.

For some reason, I imagine them not being new, but as if they were stranded in eighties London between Thatcher and Linton Kwesi Johnson. All eight members would have been affiliated with Rock Against Racism, collaborating with This Heat, and maybe logging a Peel Session with Robert Wyatt. Don’t worry if these names are meaningless, and take away this: there have always been musicians on the fringes of British rock who follow a spiritual imperative and slowly seed the earth for the next generation of gentle weirdos. The headline writer would have tried to tie them to The Clash, failed, and gone to Sky TV.

The big dumb phrase thrown at caroline now is “post-rock.” In 2022, this means the band in question uses guitars and plays slower than the average bear. Your mom would call their music sad. I like your mom and I think she’s right. caroline isn’t trying to rattle you or cheer you up or reach some known emotional territory. This album reflects the act of people being together and thinking out loud about that togetherness. The languor of a conversation runs through caroline’s music. Also, as founding member Jasper Llewellyn explained it to me, caroline seek to avoid obvious crescendos and overly satisfying climaxes, and that leads to a bumpy kind of smoothness. 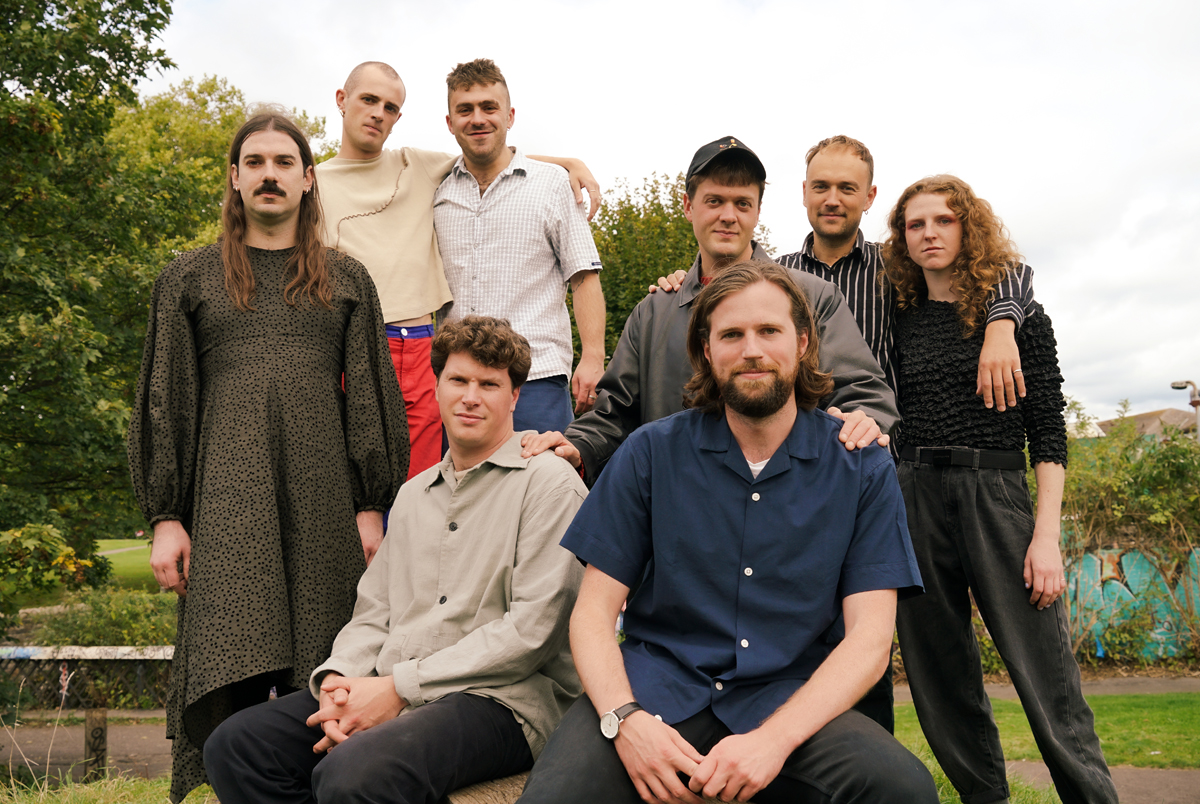 The live video for their first release, “Dark blue,” was recorded in an empty pool in an abandoned health center in Belsize Park. Casper Hughes plays the main guitar part, an edibly compact and resonant two-chord phrase chained together by a small pull-off, a scene-setting motif. Mike O’Malley, the group’s third founding member and cowriter on most songs, assists on electric guitar and bass, while Llewellyn plays drums, and helps us hang onto the time while the violins explore neighboring harmonies. There is not much going on, yet the pull inward is strong. Llewellyn has only one lyric—“I want it all / So I tell them”—and it is a dependable loop of words that works no matter where you think it starts. The music gets bigger and bigger without swelling or peaking, a magic trick you can hear.

Who are they? So much of caroline’s music and video presence is about erasing hierarchy and personae, possibly aimed at removing the idea of the individual entirely. They also make unabashedly beautiful songs, even if they are sort of scraped down and unwound into the constituent fibers. If they’ve removed obvious developments and eliminated all but a few words, they’ve left only the toughest strands.

“Skydiving onto the library roof” begins with Llewellyn opening himself up, sounding strong in his clear midrange: “I’m starting to think when I tell everyone / About leaving and getting away, / That what I’m really saying, to them and through them, / Is that I just want them to stay.” Once he’s stated this twice, the idea of a singer simply disappears. The band gently walks through a two-chord phrase voiced by the violins and horns, repeating like a Gavin Bryars composition or William Basinski’s main Disintegration Loops theme. The drums clamber away, a layer of free improv under the homemade minimalism.

What comes through here is confidence in the connection between players and a firm refusal to do anything simply because it seems logical. “Good morning (red)” is another song that cements something central to their material: a pretty, simple phrase that leads into something completely unexpected and other. This theme, presented by guitar and violin, is circular and possibly their most traditional hook. We hear “Good morning, it’s that time again” sung by several voices, though it’s unclear who they belong to. Someone yells back “Can I be happy? / In this world?” with enough anguish that the chances of this ending up on Netflix are greatly diminished. The singing shifts into a lighter and more even harmony, and the words come back: “I’m getting tired of this place, your eye, you and I.” It’s very sweet, and then, three minutes in, everything atomizes. The guitar phrases stop and we hear the players giving us only brief flashes, as if someone has taken a big piece of black paper and blotted out the sound except for a few cutouts. Half the song is half silence, but the decrescendo isn’t that dramatic. The song just dissolves while they play.

If you go to the video, you’ll see three people setting up a photo shoot of an artificial landscape. None of caroline’s videos, in fact, do anything so obvious as tell the story of the lyrics or identify the musicians. Since filming in the pool, they’ve done away with visuals that serve as documentary and have instead presented scenarios that match the emotional tenor of their music: walking along a hill range, wading in a river as a group, never looking at the camera.

caroline could be lassoed into a historical continuum of resistance against pop culture’s reductive tendencies, and signs suggest they wouldn’t mind. Llewellyn is finishing a PhD in performance art and improvisation studies at Northumbria University, and Hughes is a communications officer for Momentum, a socialist organization committed to a radical Labour Party. The rest of the band play in other projects, teach, translate, and hold various jobs in the musical community. caroline are a benevolent orchestra, free from pomp or predictability. Without being invited, I simply want to be on their side.