Nonfiction
The Golden Age of the American Essay

From Sontag to Hardwick to Greenberg: a new anthology edited by
Phillip Lopate. 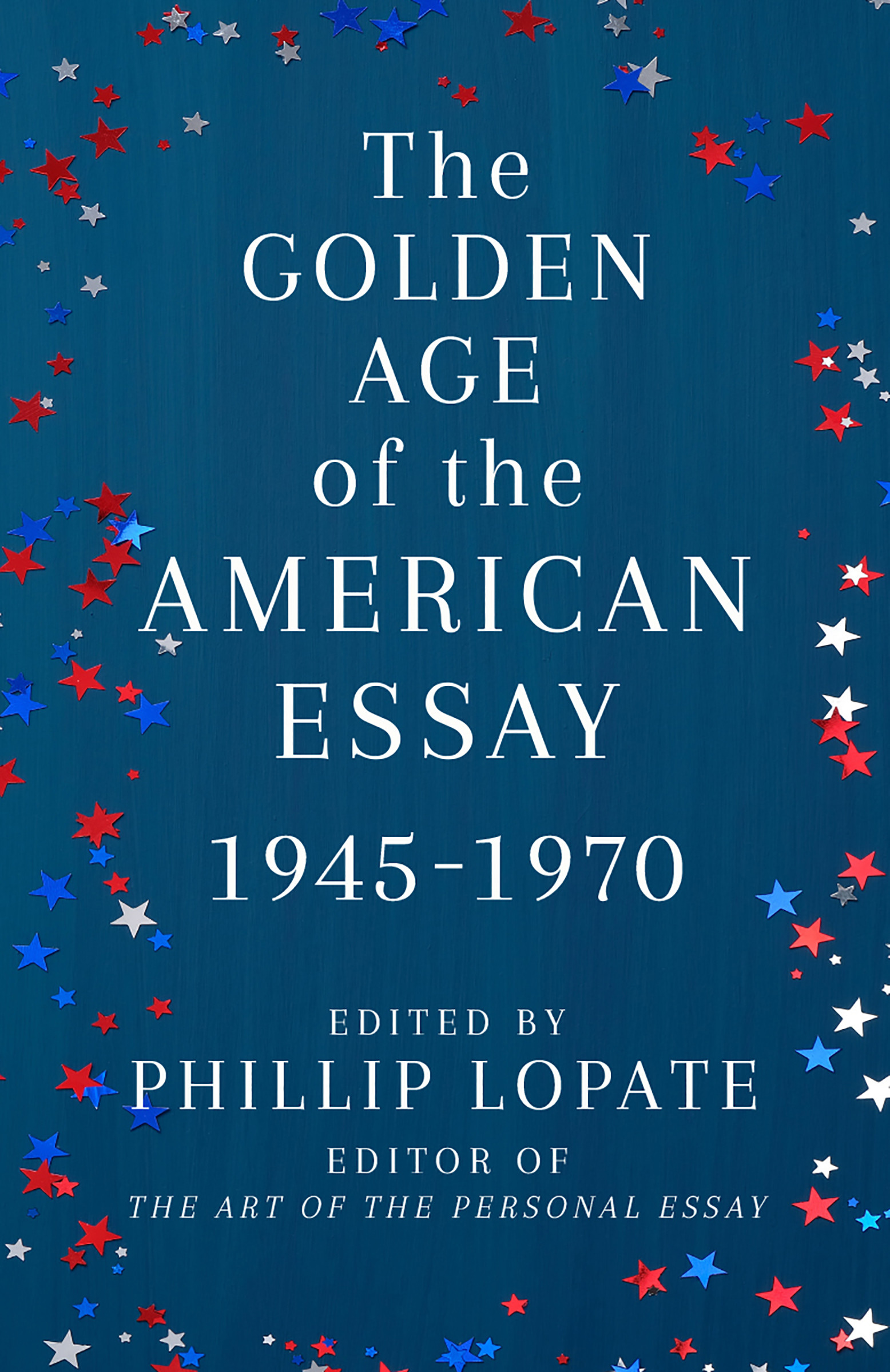 The Golden Age of the American Essay: 1945–1970 is the second in a trilogy of collections Phillip Lopate has been compiling for Penguin Random House. The first, The Glorious American Essay: One Hundred Essays from Colonial Times to the Present, came out last November, and the third, The Contemporary American Essay, will be out this August. If you want a quick idea of the time periods covered, think—in order—of these authors as the median stars: Emerson, Sontag, Teju Cole.

Lopate has been in the anthology game for almost thirty years. One of the first collections he edited, published in 1994, was The Art of the Personal Essay, which went on to sell roughly 250,000 copies. I’m assuming that the nineties themselves, a robust period for physical book sales, had something to do with this figure, as well as a syllabus bump. I found The Glorious American Essay around Christmas, when a friend told me to read Emerson’s “Experience” essay from 1844. It was one of the hour-long lectures Emerson delivered when he was sort of a one-man Grateful Dead, touring New England. It’s such an alive and perfectly constrained piece of writing—Emerson seems to condense a hundred thoughts into a sentence each, laying out the grounds for a certain open-minded variant of skepticism. “Where do we find ourselves?” he asks. “In a series of which we do not know the extremes, and believe that it has none.”

My delight in this piece led me to read what I could of the Glorious brick and then The Golden Age of the American Essay. Lopate’s anthologies fed a hunger amplified by the pandemic, a need to at least make a glancing connection to anybody who seems to have figured something out. In a much less consequential way, The Golden Age also suggests that the culture-war topics dominating New York–centric magazines now are no different from those circulating in the sixties. Randall Jarrell, in his 1960 essay “A Sad Heart at the Supermarket,” is talking about influencers when he describes “The Medium”: the combined forces of print, radio, and television and their push to prioritize consumption. “When one finishes Holiday or Harper’s Bazaar or House and Garden or The New Yorker or High Fidelity or Road and Track or—but make your own list—buying something, going somewhere seems a necessary completion to the act of reading the magazine.” One imagines an editor now pleading with the writer to remove at least one of those titles; it’s bracing to see someone naming names.

There is a floppy kind of sweep in these essays that is their signal distinction, a quality I tend to forgive. It is possibly my character defect, but I like seeing critics attempt big theories, because I take as a precondition that they will fail but find something essential in the process. Clement Greenberg’s 1961 essay “Modernist Painting” is a perfect example of the seriousness and chutzpah embedded in the best essays here. Swing for the parking lot every time, he implies. In almost unintended concert with Jarrell, Greenberg talks about the arts saving themselves from a “leveling down,” avoiding being assimilated to entertainment. To do this, Greenberg wrote, “each art had to determine, through its own operations and works, the effects exclusive to itself.” For Modernism, this was flatness. “Because flatness was the only condition painting shared with no other art, Modernist painting oriented itself to flatness as it did to nothing else.” Though essays with this kind of tarp-like reach are not generally encouraged now, Greenberg’s way of isolating and expanding on specific, concrete attributes to explain the larger work is a standard move in cultural criticism.

That few have written like Elizabeth Hardwick is common knowledge, but her 1959 essay “Boston” is not usually a part of that conversation, and it’s to Lopate’s great credit that he chose this sequence of silky dunks. “The importance of Boston was intellectual and as its intellectual donations to the country have diminished,” she wrote, “so it has declined from its lofty symbolic meaning, to become a more lowly image, a sort of farce of conservative exclusiveness and snobbish humor.”

Seymour Krim foreshadows Jarrell’s anti-consumerism in his 1959 essay “Making It!” which monologues against the unpleasing idea that one can “make this crazy modern scene pay off.” Krim’s rejection of materialism lands on a kicker that brings its own bongos: “O my heart, so I too can sink my teeth in the sirloin and wear the pearls of hell!”

Nobody spoke more in a voice of sincere engagement in this era than Sontag, who is possibly best known for an essay about rejecting that sincerity: “Notes on ‘Camp,’ ” from 1964. If Krim has the perfect beatnik closer, Sontag had an opening that is Socratic in its establishment of terms: “Many things in the world have not been named; and many things, even if they have been named, have never been described.” What follows has the effect of Emerson in the power of its compressed ideation.

The essay is a list, dressed lightly; had it been ironed into narrative prose, it would lose much of its buckshot impact. Just try the uncut serialism of note 25, which would die on the page if someone had kept writing “rep” next to the word “Camp.”

Camp is a woman walking around in a dress made of three million feathers. Camp is the paintings of Carlo Crivelli, with their real jewels and trompe-l’oeil insects and cracks in the masonry. Camp is the outrageous aestheticism of Steinberg’s six American movies with Dietrich, all six, but especially the last, The Devil Is a Woman . . .

That ellipsis with which she follows the film title makes no immediate sense, beyond Sontag wanting some air between one thought and the next. But that kind of space suffuses the writing in this book. There is more than enough to rue about the legacy of the sixties, but it seems right to acknowledge a condition it shared with no other decade, to paraphrase Greenberg. Then, there was ample room to indulge the beatniks, the scolds, and the geniuses, and even more room to get it all wrong.