Echoes from the past: the band releases a dub version of their
1979 album
Y. 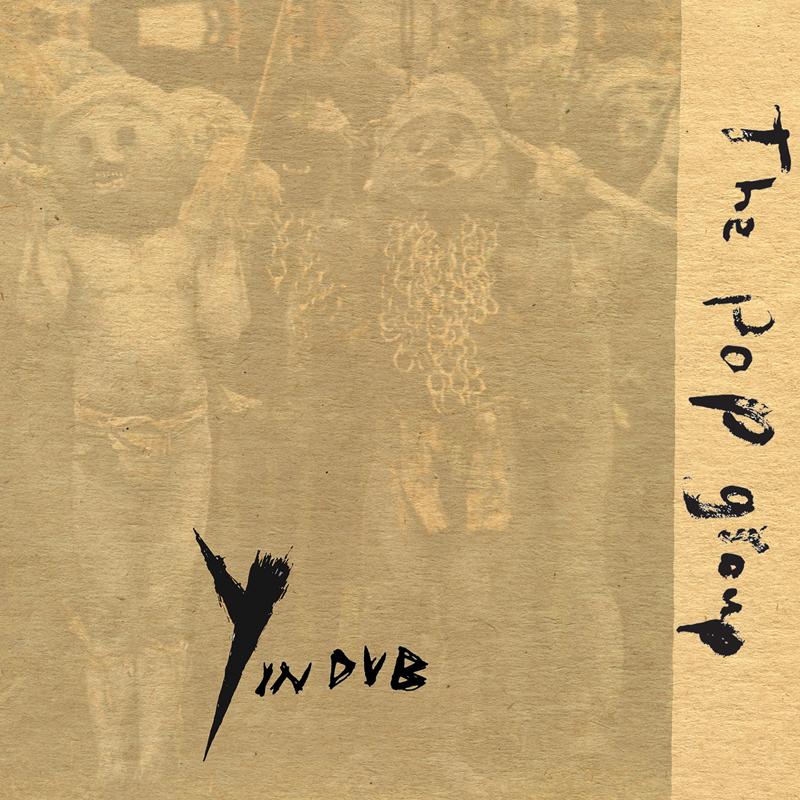 Y in Dub, by the Pop Group, Mute

Developed in Jamaica by King Tubby and Lee Perry, dub can thrive anywhere that multitrack recording is practiced. Dub is not a beat pattern or a style or tempo or any kind of primary decision. It is a secondary process, the act of taking apart a multitrack recording. It cannot, by nature, be the root of a genre, because the recording process is not a style. Dub is the dialectic of popular music, a way for recorded music to think about itself.

The Pop Group’s Y in Dub is a new entry in the catalog of dub without reggae, a slice of popular music that proves how agnostic the practice is. Since the seventies, when Jamaican dub started reaching the rest of the world, bands have been making dub versions of their own music. The Clash, who absolutely played reggae, sprinkled dub tracks across their albums. In 1978, XTC, who absolutely did not play reggae, put out a five-track dub version of their Go 2 album, called Go +. The main songwriter in XTC, Andy Partridge, went on to dub out the entire Drums & Wires album from 1979 and add new sounds and vocals. The result, a loopy, sui generis 1980 album called Take Away/The Lure of Salvage, was credited to “Mr. Partridge.” Never released in America, it allegedly outsold all the XTC albums in Japan.

In the early eighties, rock acts began to regularly issue dub versions of singles, perhaps an unconscious response to the Clash but definitely a conscious acknowledgement of twelve-inch culture, which provided remixes and alternative versions for radio and club DJs. Gang of Four did it with “I Love a Man in Uniform” in 1982, as did Thomas Dolby in 1984 with “Dissidents.” In the mid-eighties, reggae reduction gave way to the recombination of hip-hop, as adding material to remixes became more appealing than taking it away. Dub aesthetics returned in the nineties, and Massive Attack gave their 1994 album, Protection, to Mad Professor, who then created the dub version, No Protection. A few years later, Primal Scream gave Vanishing Point to producer Adrian Sherwood and out the other side came Echo Dek.

What makes something dub, as opposed to a remix, is a bit academic. Most of the vocals are removed, but not all of them, and not always. The only sine qua non is going back to the original recording and isolating individual instruments, teasing out the strength of the constituent parts, often by sending them through echo units. As a teenager, I thought these dub versions (which I often liked better than the originals) were something bands were contractually obliged to produce. It was, in fact, just 1983. 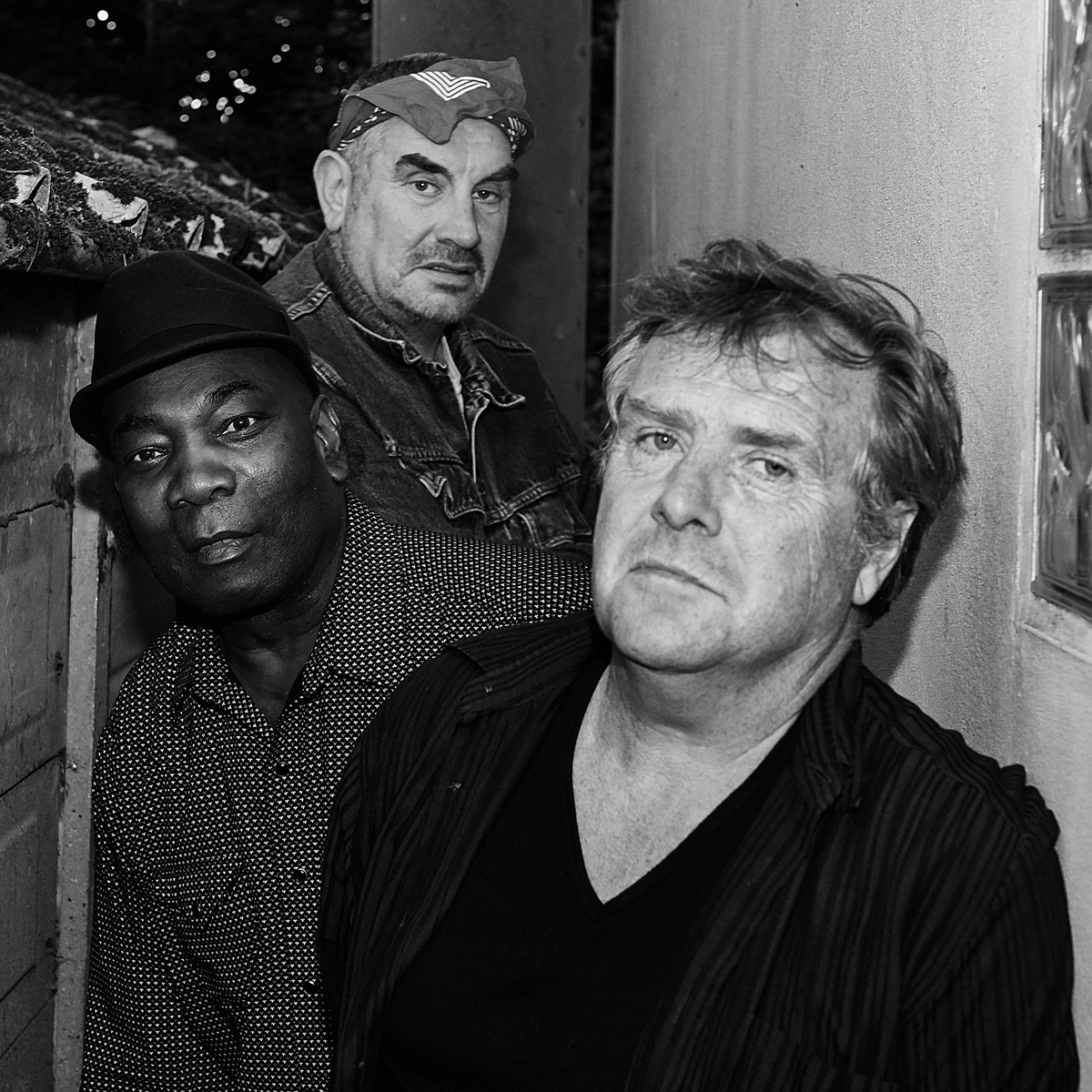 Dennis Bovell produced the Pop Group’s Y album, released in 1979, as well as the dub version that’s just now come out, forty-two years later. It’s worth pausing to appreciate how unusual this is. The Pop Group are a convulsive guitar band that barely played rock. They read punk’s negation as license to implode style itself, rather than to become some different version of rock (as the Sex Pistols ultimately were). While the band dismantled itself, Mark Stewart practiced a line of shirking and crooning that ran around the perimeter of singing. Y was the band’s debut, a little pipe bomb of unmarked mayhem.

Bovell, a Londoner born in Barbados, was already working as an engineer and producer with a variety of reggae acts in the seventies when he met the Pop Group. About that same time, he began producing the poet Linton Kwesi Johnson, a Jamaican transplant whose calm poetry is one of the only combinations of political analysis and music that does both well. The first dub album he made with Johnson, LKJ in Dub, released in 1980, is an important moment in dub. On top of all that, you may know Bovell for a different reason. He recently appeared in Steve McQueen’s Lovers Rock as an elegant dancer, and was the author of the movie’s central song, “Silly Games.”

Y in Dub is a quiet triumph that subtracts the noisiest bits of the original without diminishing its aggression. It is a very dub record insofar as it reveals the nature of the instruments as they exist on the master recordings (which the band members only retrieved a few years ago). Getting access to the multitrack allowed Bovell to revisit the full album, along with one of the band’s better-known singles, “She Is Beyond Good and Evil.” In that song, Stewart’s lyrics are chopped down into encouraging interjections, like stickers. “Western values that mean nothing to her!” and “My little girl was born on a ray of sound!” float in the echo, louder than anything else, sometimes louder than seems healthy. The guitar is softened while the bass is inflated, and the track ends up breathing with a luscious capacity. At one point, everything drops out but the drums, and then, after a few bars, the other instruments push back through clouds of echo like Mad Max emerging from a sand storm. The band plays peekaboo with itself, and impoverished ideas of “aboutness” are dissolved.

Not that anything was wrong with 1979 standards, but the quality of sound in this new dub version is sky-high. It’s immensely fun. The version of “Thief of Fire” here shows how dub can teach us. The original 1979 version begins with a magnificent swipe of guitar noise and voice that jump-cuts into the band playing. In the dub version, the guitar noise is now a cottony presence that dissolves as the bass comes in, twice as big. Stewart’s flare-gun vocal is still there: the pronoun “I,” shouted like a verdict, followed by “admit my crime, I’m a thief of fire.” If the original was a small house blown sideways into the road, this is the jelly in a Sterno can just after the match hits: fixed in place but intensely hot.

I might have been onto something when I was sixteen. Recording artists of all manner should be contractually obligated to dub out every album and find the better version hiding inside a perfectly good one.