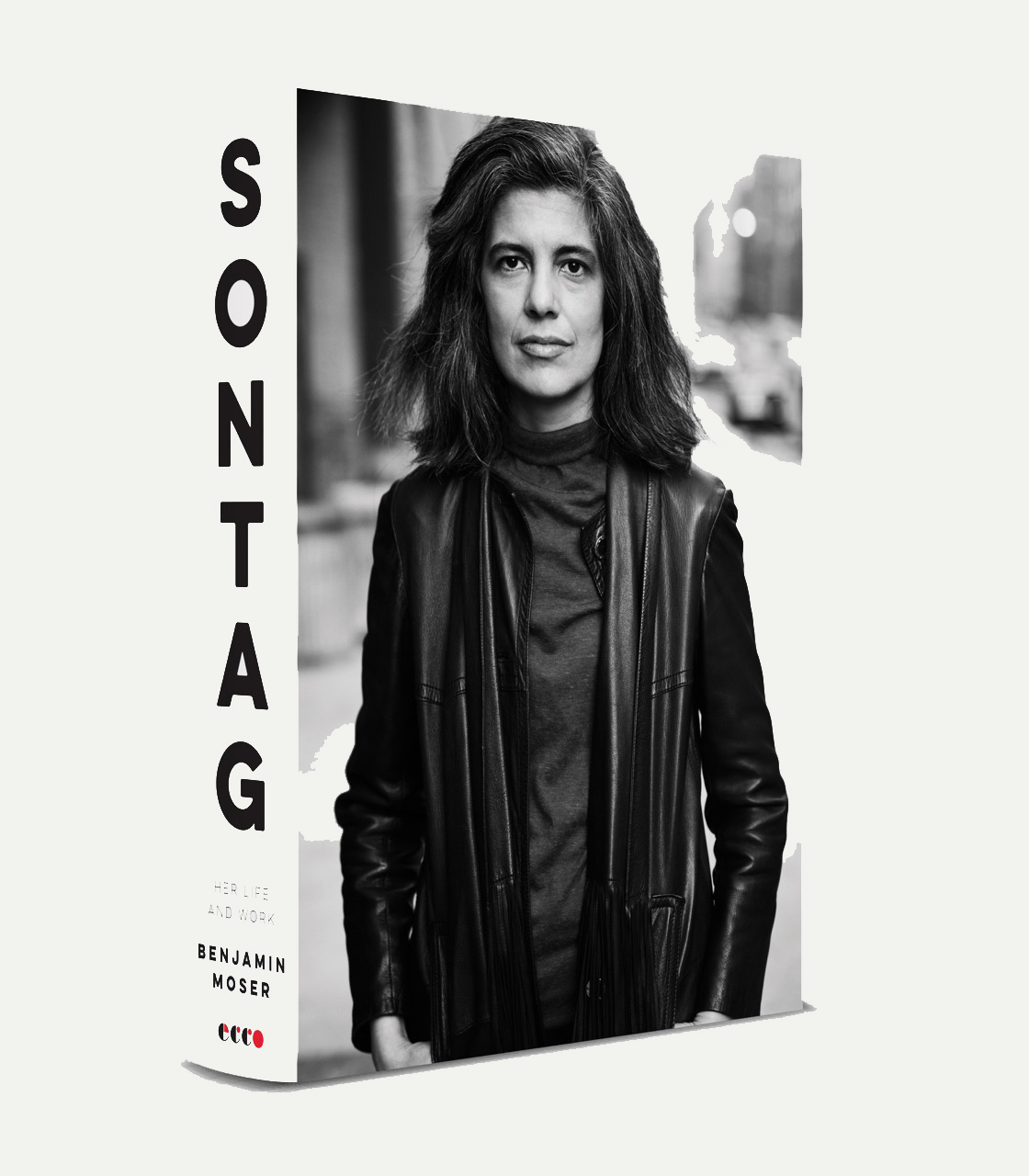 Much of what made Susan Sontag fascinating was right on the surface. She was smart. She was beautiful. She was stylish, eloquent, and aloof. She was fascinated both by life and by death. Her sexuality was ambiguous, even to her. She was in all the right magazines and knew all the right people. She had a headline-generating ability to put her foot in her mouth. She took bold political and cultural stances, many of which she later disavowed or recanted. At the time of her death from cancer in 2004, at the age of seventy-one, she was one of the most lauded and recognizable intellectuals in the world. Are these things not enough to make her interesting? Judging from Sontag, Benjamin Moser’s follow-up to his well-reviewed 2009 biography of Clarice Lispector, they are not.

Despite unprecedented access to Sontag’s archives, a wealth of insider interviews, and a life full of astounding events to reflect on, Moser spends much of his eight-hundred-plus-page tome in an extended symptomatology. Not content to scratch the surface of Sontag’s elegant, gloomy complexity, he insists on boring holes into it to explore the psychoanalytic abyss he assumes must lie within. There is a ceaseless search for clues and symbols, but their meaning always seems to lie in Sontag’s childhood anxieties or in her sexuality, the latter presented as confused and hence ripe for circuitous dissection. Summarizing Sigmund Freud’s theory of dreams, Moser writes that “nothing was what it seemed; everything was a symbol of something else,” an apt description of Moser’s own hermeneutic. Given Sontag’s avowed position on interpretation—she was against—there’s an unfortunate irony to this approach.

Each of the book’s chapters focuses on an event or brief period in Sontag’s life and analyzes it in meticulous detail, interspersing bits of interviews with brief segments of Sontag’s published writings, as well as copious annotation from her private diaries. Along the way, everything is oedipalized: Sontag’s aloof mother, absent father, and queer stepfather are offered as the roots of all later perplexities. Discussing her relationship with David, her only child, Moser writes that “she reproduced with creepy exactitude . . . the way her mother had treated her when she was a girl.” But it goes without saying that Sontag had hidden anxieties and lifelong transference derived from her complicated, ambivalent relationship with her mother. Everyone has hidden anxieties and lifelong transference derived from their complicated, ambivalent relationship with their mothers.

The book’s flaws are not for lack of research: Moser tracked down everyone from childhood friends and college lovers to faces from the Partisan Review and editorial assistants at Farrar, Straus and Giroux, but these individuals are rarely permitted to speak for more than a few sentences at a time (and at some moments, the interview quote doesn’t really serve to source the assertions it precedes). In its later chapters, the book feels less episodic and analytic and more narrative; there is a clearer sense of scene and setting. Particularly illuminating is the treatment of Sontag’s relationship with Annie Leibovitz, the writer’s partner later in life and until her death; Leibovitz has rarely spoken about Sontag on the record. The details of their relationship are surprising and often unpleasant, but Moser elicits blunt and candid statements from Leibovitz, whose evident cooperation makes the topic feel much less sordid and invasive.

Other people’s memories of Sontag are a crucial element of the biography. Mostly presented in short snippets, they surround Sontag with a thousand tiny mirrors, not all of which reflect back the rational, refined intellectual who stares at us from the book’s cover. The stories about Sontag’s insecurity, her tantrums, and her selfishness are not entirely surprising in a celebrated public intellectual; the stories about her poor hygiene, her brutal treatment of Leibovitz, and her visceral eating habits are more eyebrow-raising, as is Sontag’s impressive résumé of celebrity liaisons. Moser repeatedly insists on the divide between a public Sontag and a private Sontag, but the more people he interviews the clearer it becomes that Sontag wasn’t particularly private about her habits and mannerisms; it’s just that some people never actually met her.

Arriving early in the story, the book’s buzzed-about reveal is the suggestion that Sontag ghostwrote her then-husband Philip Rieff’s career-making book on Freud, The Mind of the Moralist. The evidence is certainly compelling. But if the allegation is true, what does that really tell us? That in the 1950s a very smart woman did the work of her far less intelligent husband, who took all the credit. Tragically, this sordid truth is as unique to Sontag as the fact that she had a complicated relationship with her mother.

Perhaps because it’s intended to be a dramatic revelation, the chapter discussing the book’s authorship prompts a long and remarkably confused account of Freud’s ideas in which Moser asserts that the dream is “far more real than the visible ‘reality’ of personality. Dreams are not in conflict with reality.” But the single most important aspect of dream-formation in Freud is the suspension of the reality principle: for Freud, every dream is a wish fulfillment, the expression of a desire for something that is not the case, and thus patently “in conflict with reality.” This initial misreading is awkward enough, but it’s compounded sixty pages later when Moser announces that Sontag’s aesthetic theory is “derived from Freud” and that its fulcrum is “the tension between reality and dream, between object and metaphor.” Which is it? Discussing a class Sontag taught at Columbia in the ’60s, Moser sniffs that “Sontag gets Freud wrong in a way so revealing that it might be called a Freudian slip.” Under the circumstances, the condescension is grating.

“Our task,” Sontag wrote in Against Interpretation, “is not to find the maximum amount of content in a work of art, much less to squeeze more content out of the work than is already there. Our task is to cut back content so that we can see the thing at all.” Too often in Moser’s biography we find not individual works with individual meaning and merit, but rather a dense palimpsest of memories. Not Sontag’s memories, but our own memories of the book’s first chapters, in which Sontag’s “lifelong” anxieties and personality traits are detailed, and of which we are so frequently reminded. Tying the meaning of Sontag’s work only to her own history, Moser makes history itself merely a reflection of Sontag’s tormented genius, forgetting his own observation that Sontag “envisioned a new approach, one freed from the morbid introspection she called ‘psychology.’ ” Given a choice between close reading and morbid introspection, I suspect Sontag would have wanted to cut back the content.