Theater
Letter to a Man

In their collaboration about Nijinsky and his madness, Robert Wilson and Mikhail Baryshnikov straitjacket themselves with cliché. 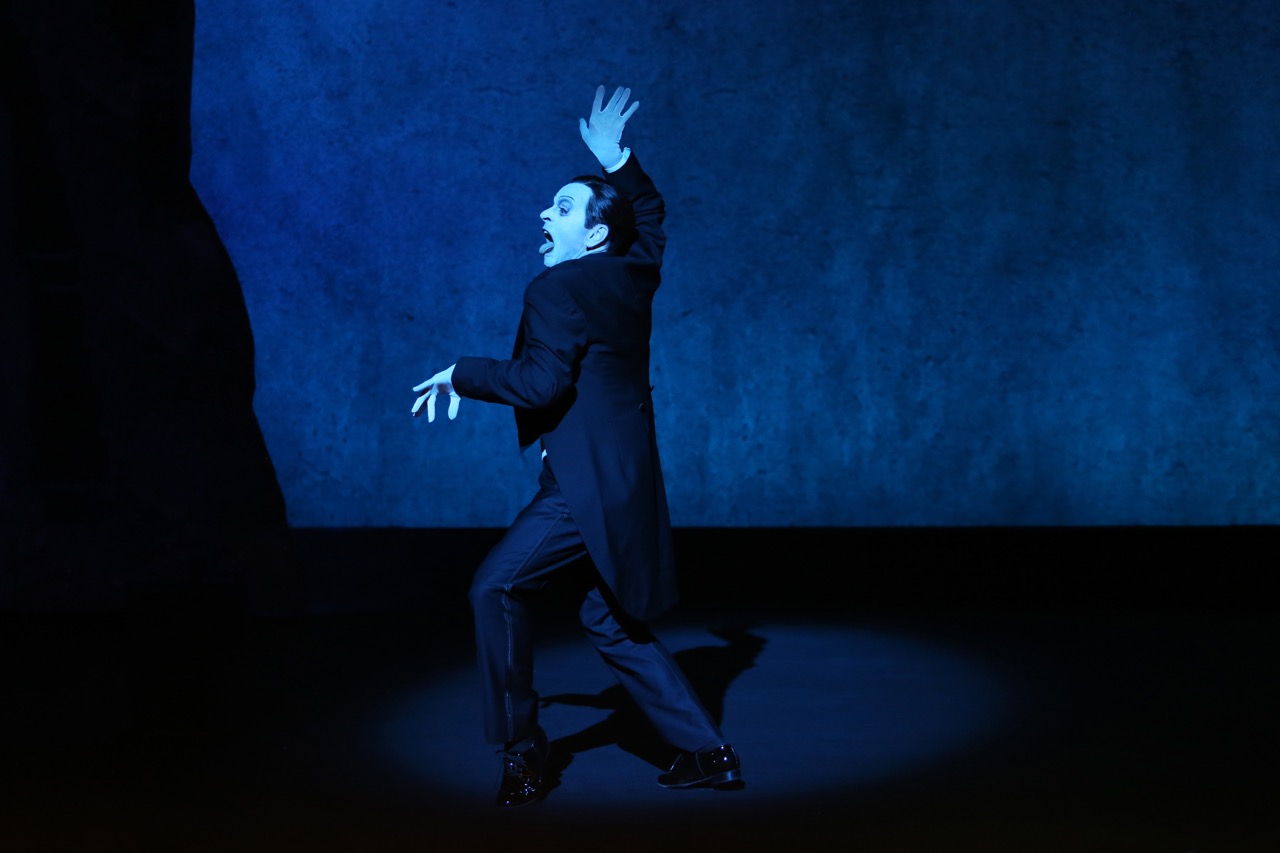 Letter to a Man, by Robert Wilson and Mikhail Baryshnikov, the Brooklyn Academy of Music, through October 30

I feel grateful to Robert Wilson for influencing many artists I love: particularly Laurie Anderson, but also Kraftwerk and theater directors Ivo van Hove, Marcus Stern, and George C. Wolfe. But despite the fact that Wilson invented the urtext of much post-1960s avant-garde theater, a.k.a. the Theater of Images—which should make me love him above all others—I find myself reacting to the works of his I’ve seen with irritation, eye rolling, and sheer boredom.

This unfortunately includes his latest piece, Letter to a Man, now at the Brooklyn Academy of Music as part of the Next Wave Festival, a collaboration with ballet superstar Mikhail Baryshnikov that includes text based on the diaries of Vaslav Nijinsky. Sometimes, momentarily arrested by one of Wilson’s striking tableaux, I lurch toward self-blame—He’s a genius! What’s wrong with you!—but I soon circle back to groaning and annoyance. Of the five or six Wilson pieces I’ve seen, I appreciated the groundbreaking Einstein on the Beach, but also felt relieved I could come and go at will through its five-hour running time. Unfortunately, I couldn’t do the same during the far less successful Lou Reed collaboration POEtry, a gloss on Edgar Allan Poe—who was, in Reed’s brainless lyric, “not exactly the boy next door.” I haven’t given up on Wilson, but so far I’ve preferred his gorgeous published sketchbooks to his theater.

Nijinsky does not escape Wilson’s usual will to simplify iconography and amplify the obvious. The legendary Russian-born dancer of Polish extraction had the sort of dramatic, spectacular-yet-brief, and ultimately tragic career that encourages artists to revisit his biography time and again; his life has already been the subject of many plays and films. To have perhaps the greatest dancer of the late-twentieth century, Baryshnikov, play him, a man who also cut his teeth in Russia—well . . . sigh, not so surprising, and little in Letter to a Man illuminates anything they may have had in common beyond fluent Russian.

While Nijinsky danced with the Ballet Russes for only about three and a half years, he spent the majority of his adult life in psychiatric care, after succumbing to schizophrenia. So what is the first set piece in Wilson and Baryshnikov’s series of images? Why, it’s Baryshnikov as Nijinsky, sitting before a white backdrop that invokes a padded cell, wearing white pancake makeup and a straitjacket, his face twitching, because, you know, that’s what madness looks like. I realize that Wilson doesn’t do subtlety, or even indirection, but surely we can get that particular asinine and stereotypical image of mental illness elsewhere, can’t we? Practically everywhere else, in fact.

This is, of course, merely the opening salvo in a series of artistic moves that rarely fail to get up my nose. The crazy music played to indicate Nijinsky’s mental state?—Yes, the percussionist is drumming on wood blocks. Yes, a solitary violin plays during moments of melancholy reflection. Yes, we hear a lot of maniacal laughter in the sound score; I hear it laughing at my intelligence. At one point, Nijinsky stands on a gray bench before a tall gloomy window meant to invoke an asylum. Nothing gets complicated; the action is reined in by a line of fluorescent footlights. 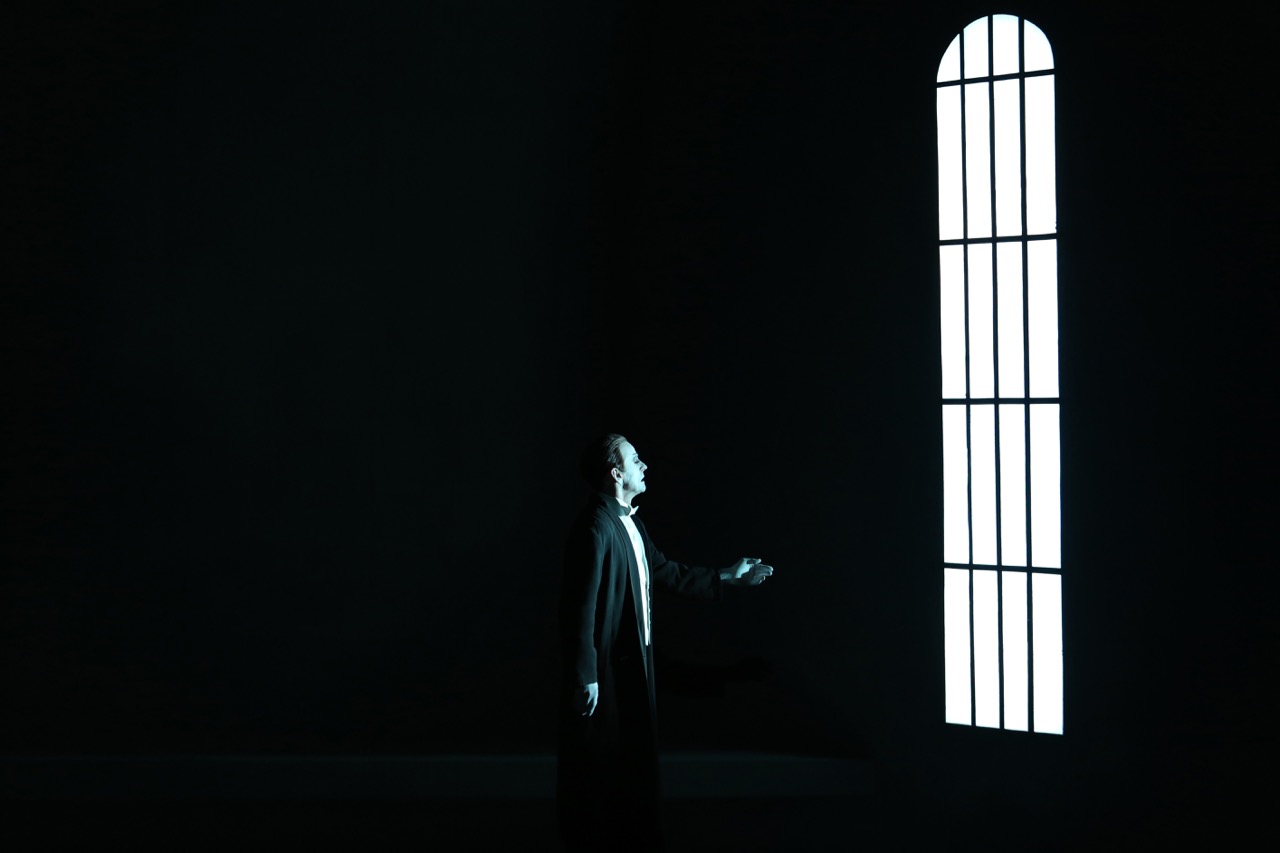 Though Wilson’s mise-en-scène is always impeccably arranged, some major decisions in Letter to a Man just seem flat-out wrong. After the straitjacket comes off, for the rest of the show Baryshnikov is dressed in a coat and tails and white gloves, at one point donning a bowler hat and carrying a cane, as if, instead of embodying Petrushka, Nijinsky had played the Master of Ceremonies in Cabaret. Perhaps Nijinsky makes some disparaging reference to himself as such a performer in his diaries? If so, the text spoken in the show’s voiceover, culled from the diaries, does not make the connection evident. The only references the piece makes to Nijinsky’s homosexuality are either dismissive of his relationship with his Svengali/lover Sergei Diaghilev, or seem over-compensatory: “I sometimes made love to my wife five times a day.” Is Wilson, himself gay, tired or leery of gay issues or sensuality? Maybe Nijinsky was that self-hating, but an artist can represent that in any number of ways. As a fellow homo, I felt robbed of a balanced take on queerness and misled by the dazzling stage design, which promises eroticism only to serve repression. I appreciate the danger in making politically incorrect choices, but I’d prefer that they provoke me to think about their subject in a complicated, even problematic way, not to dismiss gay identity—that’s what I go to the movies for! Nor would I like those choices to suggest, reductively, that Nijinsky’s life and career constituted a vaudeville act, or even worse, to prod me into conflating schizophrenia with puttin’ on the Ritz. 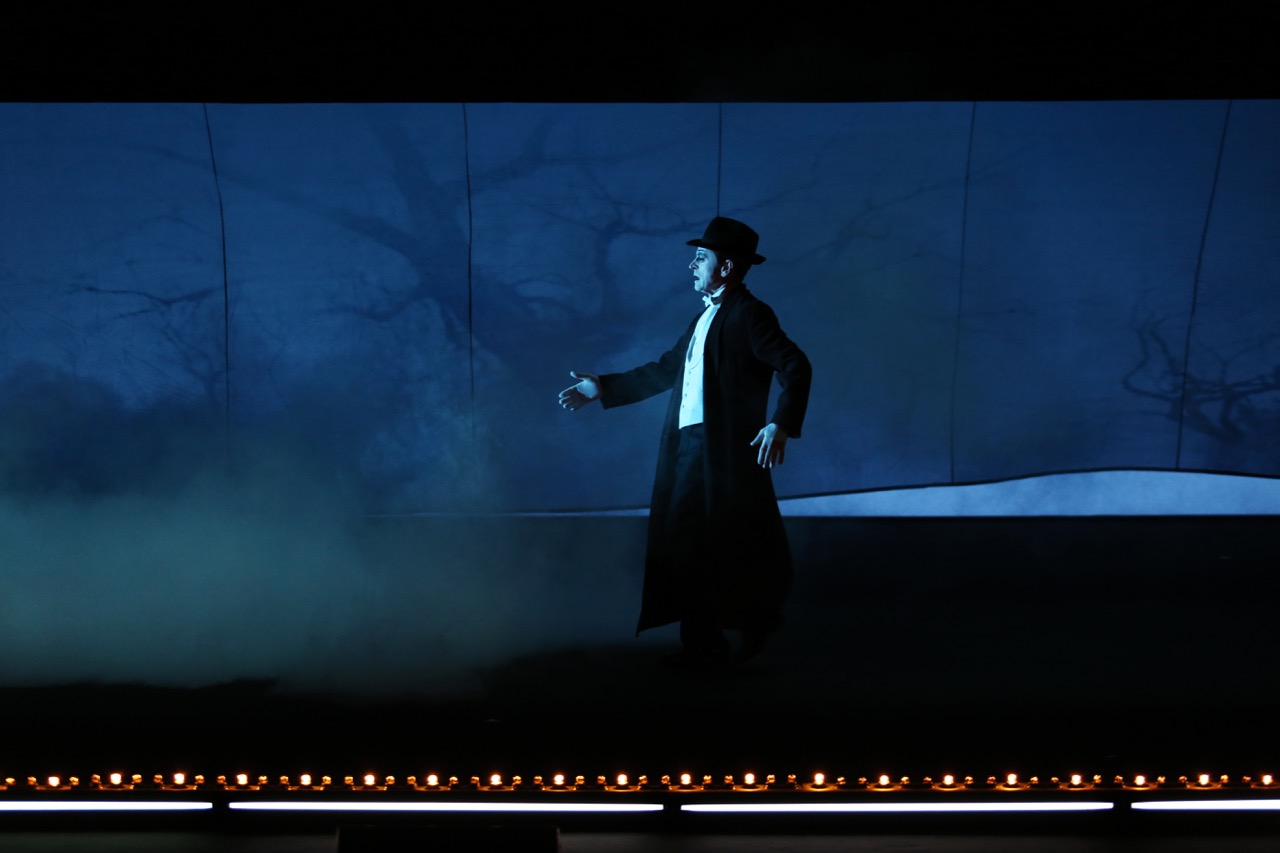 James Hannaham is the author of the novel Delicious Foods, winner of the 2016 PEN/Faulkner Award.