Love, language, and email: a bildungsroman at the dawn of the Internet age. 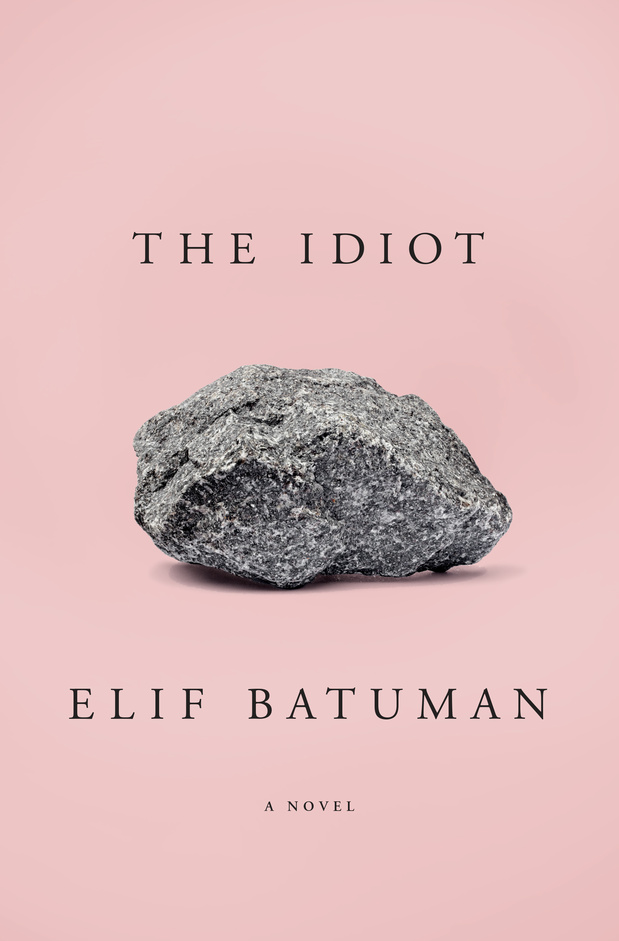 Ideas come to us as the successors to griefs.
—Marcel Proust

The narrator of The Idiot is a young girl at Harvard. Selin is a freshman, a little uncertain, in flower. She looks at a cantaloupe in the cafeteria and notices the hieroglyphics in its rind. Everything is something to be deciphered.

Things fall into her lap and sometimes to pieces—but she is figuring out how to shape her days, determining what is important to her (language? aphasia?). She is putting her skates on; she is getting to work. The Idiot makes beauty even out of blandness, like Lorca looking out the window at pigeons.

Selin is Turkish—her name means “moon” in Greek, “sky” in Latin, and “exotic Turkish princess” in the Urban Dictionary—but she is Turkish by way of New Jersey. In other words, American. At Harvard, she studies Russian.

The Idiot has many pleasures, chief among them finding out that Harvard turns out to be like a lot of other colleges—bad cafeteria food, odd roommates, students wrapped in blankets in a TV room, some degree of alienation. There are libraries fluorescently lit, vending machines, insomnia; giant mittens from Central America, girls with shiny hair, and imperious friends who impose their will. There is sexual jealousy. There are windowless basement classrooms—even the best universities appear to have this sad architecture built for despair.

The Idiot shares some of the qualities of English as She is Spoke, the very funny phrasebook of mistranslations. It also reminded me of Jeffrey Eugenides’s The Marriage Plot about students at Brown taking narcotics and semiotics, as well as Donna Tartt’s The Secret History about Greek and Latin students at Bennington (without its Dionysian rituals).There is a little bit of Middlemarch and a little bit of Felicity (the TV show), too. All stories of formation.

The book is divided into two parts. Part One is the school year. Part Two is the summer spent abroad. All the most interesting things happen in July, when Selin goes to teach English in rural Hungary, but every season has its moments. I put a post-it on every page that seemed notable or funny (from her description of Albert Einstein posters to idiomatic expressions from the Hungarian village), and by the end—because the galleys were pink and the post-its were pink—the book looked like a peony.

Selin visits relatives in Turkey and says she does not understand their “mode of being.”

In the airport, she says: “We stood watching the luggage pass us by like barrels in the river of time.”

In the cafeteria on Valentine’s Day: “There were boxes of ‘conversation hearts’ everywhere, with their ominous gnomic sayings. ASK ME, NO WAY, I DO, WHO ME?”

It is the mid-nineties—before a text is something that lights up your phone and still a lofty idea about writing—and email is a new form of communication. At Harvard, she begins an electronic correspondence with Ivan, a Hungarian math major, and soon is obsessively checking for messages from him. Ivan—at whose suggestion Selin will go to the Hungarian village—is a senior, studying probability, and the chances of this working out are slim. Nevertheless, they begin a kind of epistolary romance and in their emails discuss stars, atoms, and time: stars and atoms from a Neruda poem and the idea of time sweeping versus ticking by in fake Rolexes versus real Rolexes (a fake Rolex ticks, a real Rolex sweeps).

Time is sweeping by . . . What kind of person will you be?

On a train back to college after winter break, Selin is also traveling over the icy tundra, like Nina in Siberia (a girl in a story she is reading in Russian). She is thinking about a boy who may or may not be playing with her affections, making poems out of signs, wondering about “the relationship between language and the world.”

The author’s previous book was called The Possessed, and The Idiot also takes its title from a Dostoevsky novel. But this book is only peripherally about Dostoevsky and Russian literature and more about polyphonic voices. College is like a carnival—a kind of heteroglossia, as Bakhtin described the style of Dostoevsky—where individual voices intersect. Selin is part of the rich tapestry of life.

She gives brief descriptions of major artworks of the twentieth century—books, operas, films—dismissing them in matter-of-fact synopses. “In the evening we went to the opera house to see Rigoletto. Rigoletto turned out to be about a poor girl being dishonored and then murdered.”

She does not seem very convinced or impressed by the art that is presented to her; on the other hand, it is all forming her.

She reads Camus’s The Plague on vacation. Camus is her beach reading.

(I found this instantly endearing.)

She listens to her Walkman. She is interested in the kinship between Turkish and Hungarian. She buys cassette tapes and books and eats cookies and reads.

She quotes a line from Madame Bovary about hedgehogs and weasels and these keep reappearing throughout the book.

Meanwhile, Ivan is turning into rock candy. All the crystals of love are accumulating. All the best qualities are being attributed to the beloved. He is also a bit fragile, like glass.

Selin is becoming a writer. She is conjuring worlds out of nothing. She is taking a class called “Constructed Worlds,” and at the same time she is constructing her world and the world of this novel.

The epigraph to the book is a quote from Proust from Within a Budding Grove (a.k.a. In the Shadow of Young Girls in Flower). It is a meditation on spontaneity and youth and adolescence as a time of efflorescence.

It recalls another Proust quote about unfolding and development: “Ideas come to us as the successors to griefs.”

In Proust and the Sense of Time, Kristeva says people we love necessarily make us suffer. The only recourse we have in the face of this inevitable affliction is the art of living, “being able to regard the person who tortures us as a ‘reflection,’ ‘fragment’ or ‘stage’ of an Idea . . . ”

Writing a book is a good way to work through it. That is what the narrator of this book will do. She will use language to dredge something up from the emotional silt (grief), sublimate it, make it literature, make it glitter, like stars and atoms, like luminous socks.

Out of the mud, the lotus.

Elif Batuman has written a dazzling novel about language, the fleeting nature of things, and time—time passing as well as time coalescing, settling in one place long enough to let a person become herself.

Jeanine Herman is the translator of ten works of fiction and nonfiction, including books by Julia Kristeva (The Sense and Nonsense of Revolt, Intimate Revolt, and Hatred and Forgiveness), Julien Gracq, Kettly Mars, Laure (Colette Peignot), and Nicolas Bourriaud. She is a Chevalier in the French Order of Arts and Letters.