Literature
Beautiful World, Where Are You

“Sex and friendship. What else is there to live for?” A new novel from
Sally Rooney. 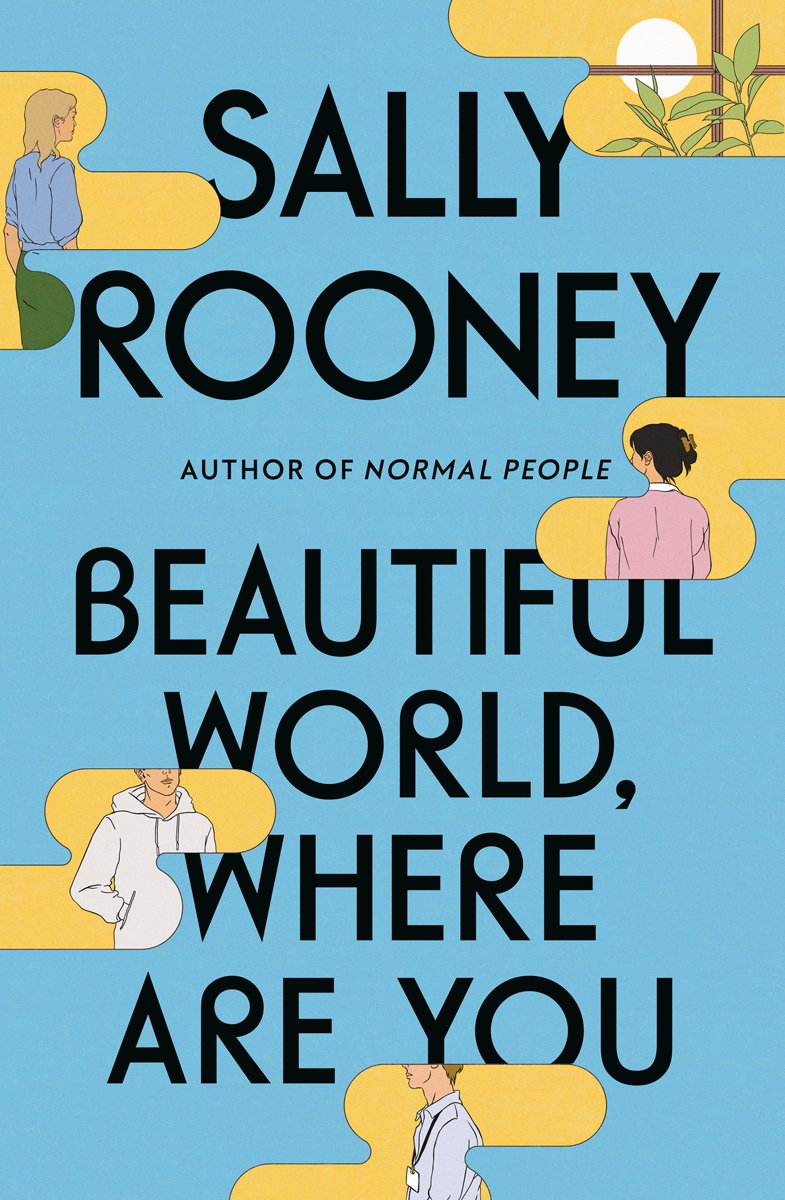 The fresh calamities of our time have made an old, notorious line of Adorno’s into a revenant. Here it comes, rattling its 1949 manacles at us with a revised lament for 2021: If writing poetry after Auschwitz is barbaric, how much more or less barbarous is writing novels—especially small-scale, realist novels of personal relationships—while the planet goes up in flames?

Something like this is the question troubling the characters of Sally Rooney’s wise, romantic, and ultimately consoling third novel. Once again, Rooney has drawn a circumscribed world—four people, tightly wound in the small universe of one another’s lives—and once again, this is a love story, although the book’s most compelling romance is the platonic one between its two main female protagonists—friends since university and now entering their thirties. Alice is an uncommonly successful Irish novelist whose book sales have made her rich and depressed, and Eileen is a similarly intelligent, far less successful woman working as an underpaid editorial assistant. Famous Alice holes up in a big old house by the sea, trying to recover from a nervous breakdown, while Eileen toils away at a small literary journal in Dublin, trying to get over a breakup. Emails become the medium for their intimacy, granting a reader the thrill of eavesdropping. The two discuss politics with degrees of ardor and irony, but the mode is primarily one of romancing; it’s a pleasure to read smart women courting each other’s love and admiration. Their belletristic sallies focus on the discontinuous nature of our present (“the events of our lives make sense only in relation to a perpetually updating timeline of news content”) and, of course, beauty. Rooney allows depressive, occasionally dyspeptic Alice to rhapsodize over “dark fragrant orange trees, little white cups of coffee, blue afternoons, golden evenings.”

Such pleasures seem suspiciously decadent during a global emergency. Surely our dire and interlocking crises demand duty over beauty, political action over aesthetic contemplation? Alice and Eileen worry about this. In one embittered email of high-flown rhetoric, which includes a grandstanding vow never to write a novel again, Alice asks: “Who can care, in short, what happens to the novel’s protagonists, when it’s happening in the context of the increasingly fast, increasingly brutal exploitation of a majority of the human species?” To have a character pose such a blunt question feels like the rupturing of the fourth wall with the butt of a machine gun. It obliges the indicted book to answer.

As their friendship is tried, and as both women embark on vexed love affairs with men, the novel yields a gentle answer to this ungentle question. It has to do with the simple fact that “the human species” is made up of individual human beings. A good novel is a beautiful world unto itself, not because its content is pretty, but because it’s peopled by human beings whose personal relations constitute the principal meaning of their lives. And it’s the emergency itself, this blighted Earth, that makes a person need the beautiful, smaller sphere of friendship.

Rooney is a novelist who is a Marxist, but she is not exactly a Marxist novelist. Her novels themselves—the way they’re built and the way they move—are sentimental rather than political. This is not a failing. To use an essay title of Natalia Ginzburg’s, the great Italian writer from whom Rooney takes the book’s epigraph, it is the epic minutiae of human relations, not the grand structures of economic inequality, that send the blood pumping through the writing. Nonetheless, we know the two can’t be extricated; the latter impinges on the former.

As with Normal People, with its irresistible coming together and growing apart and coming together again of wealthy Marianne and working-class Connell, there’s a cross-class love affair here. Alice, rich and idle, goes for an awkward drink with Felix, a guy who works long shifts in a warehouse and whom she’s met on a dating app. With reagents of resentment, wariness, humiliation, and need, a sexual chemistry begins to roil. Felix asks Alice what her books are about. Bearing in mind she’s a novelist, the brevity of her response seems particularly funny. “Oh, I don’t know, she said. People.” (What’s the new Sally Rooney novel about? Oh, I don’t know. People.) I suspect Alice of being as much a humanist as her author. She signs off one note: “here I am writing another email about sex and friendship. What else is there to live for?”

The couple of Alice and irreverent Felix function as foil to Eileen and morally serious Simon. Eileen’s adored him since she was a kid when he—a polite, studious golden-boy teenager beloved by everyone’s parents—came to work on her family’s farm. I, however, fell in love with him when he revealed that he came to work there because he’d just read Anna Karenina and wanted to be like Tolstoy’s hero Levin: “You know he has these profound experiences while he’s cutting grass with a sickle or something, and it makes him believe in God.” Simon’s sense of duty prevails: we find him working hard as an adviser for a left-wing parliamentary group. He’s also a devout Catholic, which fascinates, embarrasses, and ultimately impresses Eileen.

As publishing phenom, Rooney has had to suffer the kind of celebrity that makes appraisals of a woman’s art auxiliary to a prurient fascination with her most shallow personhood. For most writers, this is a disaster. (“People who intentionally become famous . . . are, and I honestly believe this, deeply psychologically ill,” avers Alice—whose emails prove more quotable than her brilliant friend’s.) But Rooney is not a normal person; like any serious artist she takes whatever material she’s handed and makes meaning from it. The popularity of the TV adaptation of Normal People (which Rooney cowrote and produced) has compounded her celebrity. Prejudicially, I’d assumed that working in TV could only dull a writer, but it’s thrilling to see some of the mechanics of that medium deployed in prose, as for example when we observe Felix alone in Rome and holding his phone at arm’s length: “it was not clear from this gesture whether he was trying to see the existing image better, getting a new angle in order to take a different photograph, or simply thinking about letting the device slip soundlessly out of his hand and into the river.” In such moments, Rooney deprives herself of access to her character’s interiority—the very medium of most fiction concerned with personal relations. Here’s an alternate way of seeing, one derived from a camera lens rather than the traditionally omniscient novelist’s gaze. The effect—implying the novelist herself might not fully know her characters, or at least withhold some of her knowledge—is one of delightful modesty.

The note of modesty is sounded from the novel’s beginning: taken from Ginzburg’s essay “My Vocation,” the epigraph describes “one corner of my mind in which I know very well what I am, which is a small, a very small writer.” Is this the whispered, ventriloquized plea of an author loudly deemed a big deal to be received merely as the small deal she feels herself to be? Possibly, but I think something larger is going on. Maybe Rooney knows that it’s the small dimensions of her fiction—the close, funneled, loving attention she pays her characters—that allow her books to trap within their confines anxieties of huge historical breadth.

Hermione Hoby is the author of the novels Neon in Daylight and Virtue. Her criticism has appeared in Harper’s, the New Yorker’s Page-Turner, the New York Times, the Times Literary Supplement, the Guardian, frieze, and elsewhere.