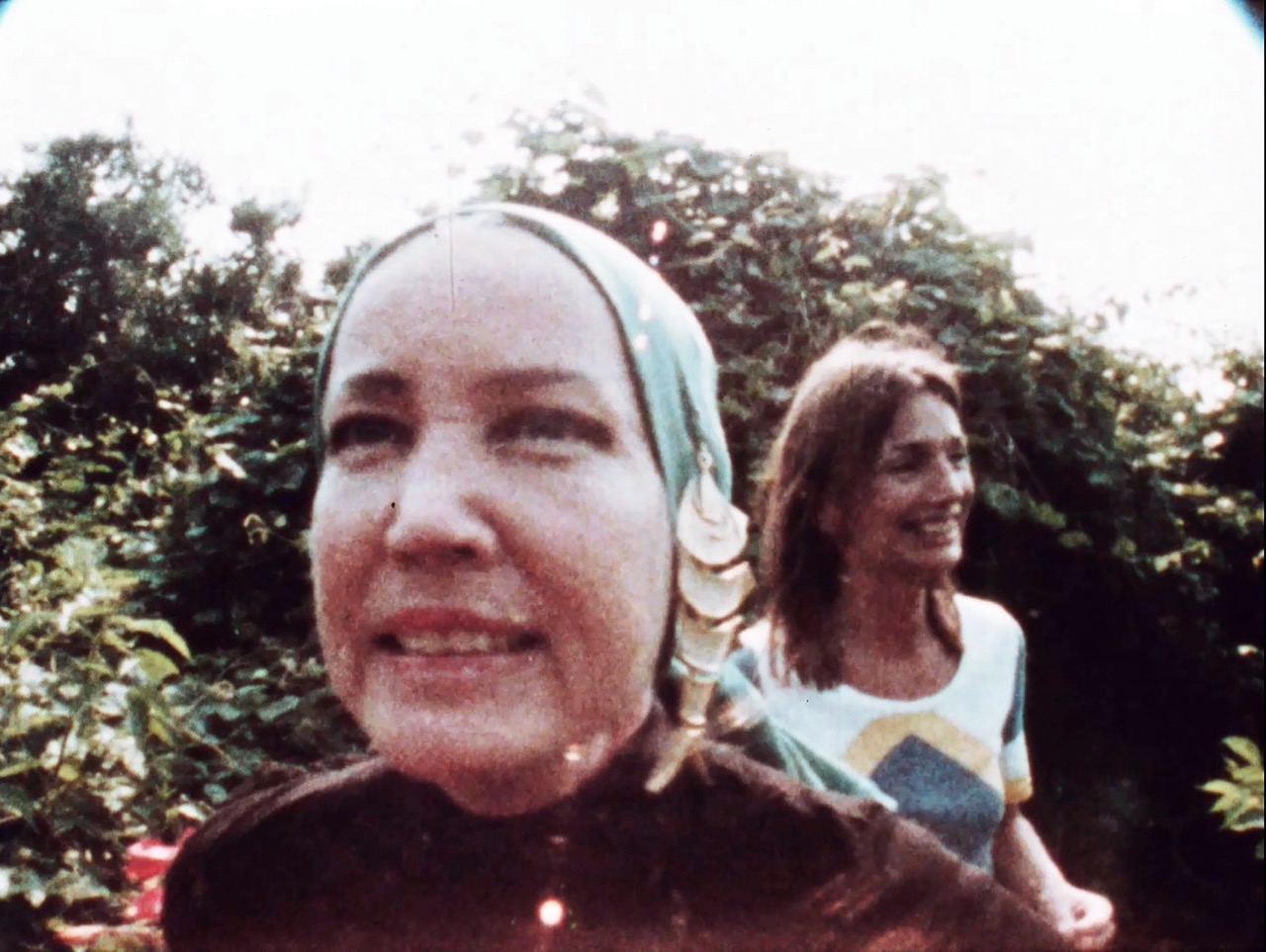 Little Edie singing and Lee Radziwill in the garden of Grey Gardens in That Summer. Image courtesy Sundance Selects.

That Summer, directed by Göran Hugo Olsson, opening May 18, 2018

Authorship in documentary film can be an odd and uncomfortable affair. Autonomous lives are captured by sound- and camera-people, who create footage manipulated by an editor, all of which is enabled by producers, none of whom need be (and often aren’t) the director, the figure who gets the fattest credit. One needn’t question or devalue the purpose of a documentary director to at least wonder whether this hierarchy reflects the realities of every project. Particularly, such as in the new film That Summer, when one notable artist manipulates material directed by another notable artist, which was recorded by other notable artists. Such transmigration can be, and in this case certainly is, fascinating to track, though it also threatens to obscure a fair bit of artistic labor.

Prequels aren’t very common in documentary—they’re more the play of brand-humping, fan-stroking corporate exploitation. But after forty-plus years, three feature-length documentaries, television and stage productions, and various unsanctioned offshoots, the late, yet still somehow evergreen subjects Big Edie and Little Edie Bouvier Beale of East Hampton, Long Island, are at the center of what’s become a nonfiction franchise. Albert and David Maysles’ enduringly entertaining and soul-slicing 1975 marvel, Grey Gardens, which introduced the world to the eccentric, housebound, time-warped mother-daughter duo, was followed in 2006 by the Maysles’ The Beales of Grey Gardens, constructed from previously unseen footage from the original shoot. That year also saw a Tony Award–winning Broadway musical, and then in 2009 HBO presented Grey Gardens, starring Drew Barrymore and Jessica Lange. 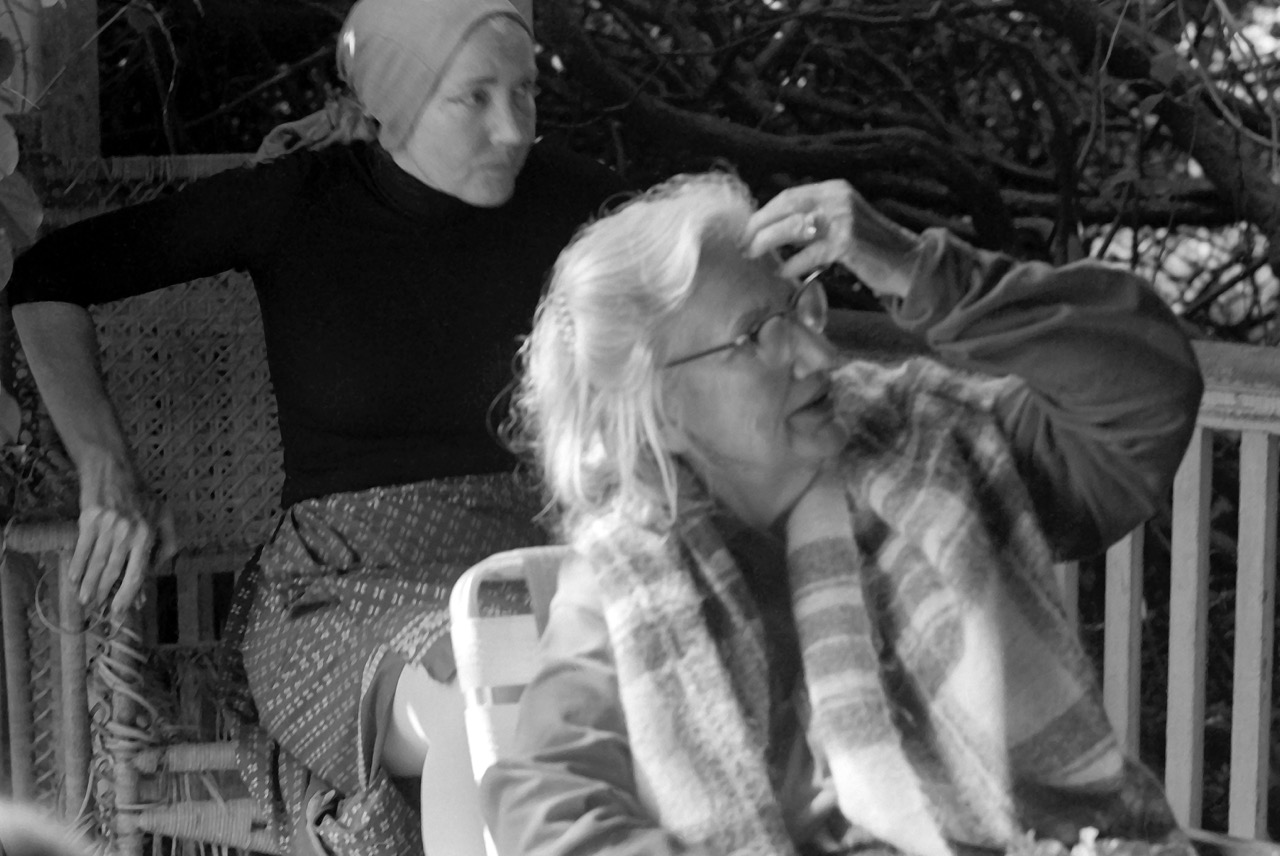 Now comes Göran Hugo Olsson’s That Summer, the belated packaging of footage recorded in 1972 for an aborted film begun by the Beales’ cousin (and Jacqueline Kennedy Onassis’s sister) Lee Radziwill in collaboration with photographer Peter Beard. Though Radziwill and Beard’s film was intended to capture “Old East Hampton” before it was befouled by change, the four existing reels of the abandoned project, presented here in their near entirety, are preoccupied with the Beales, who were facing pressure from local officials (i.e., the bureaucratic barbarians at the gates of old money) to improve upon their floridly rancid, mold- and raccoon-infested living conditions. Radziwill herself is seen managing the cleanup and negotiating amnesty with the county, while Beard can be seen taking still photographs. Unseen, behind the camera and holding a boom mic, respectively, were hired crew members Albert and David Maysles. 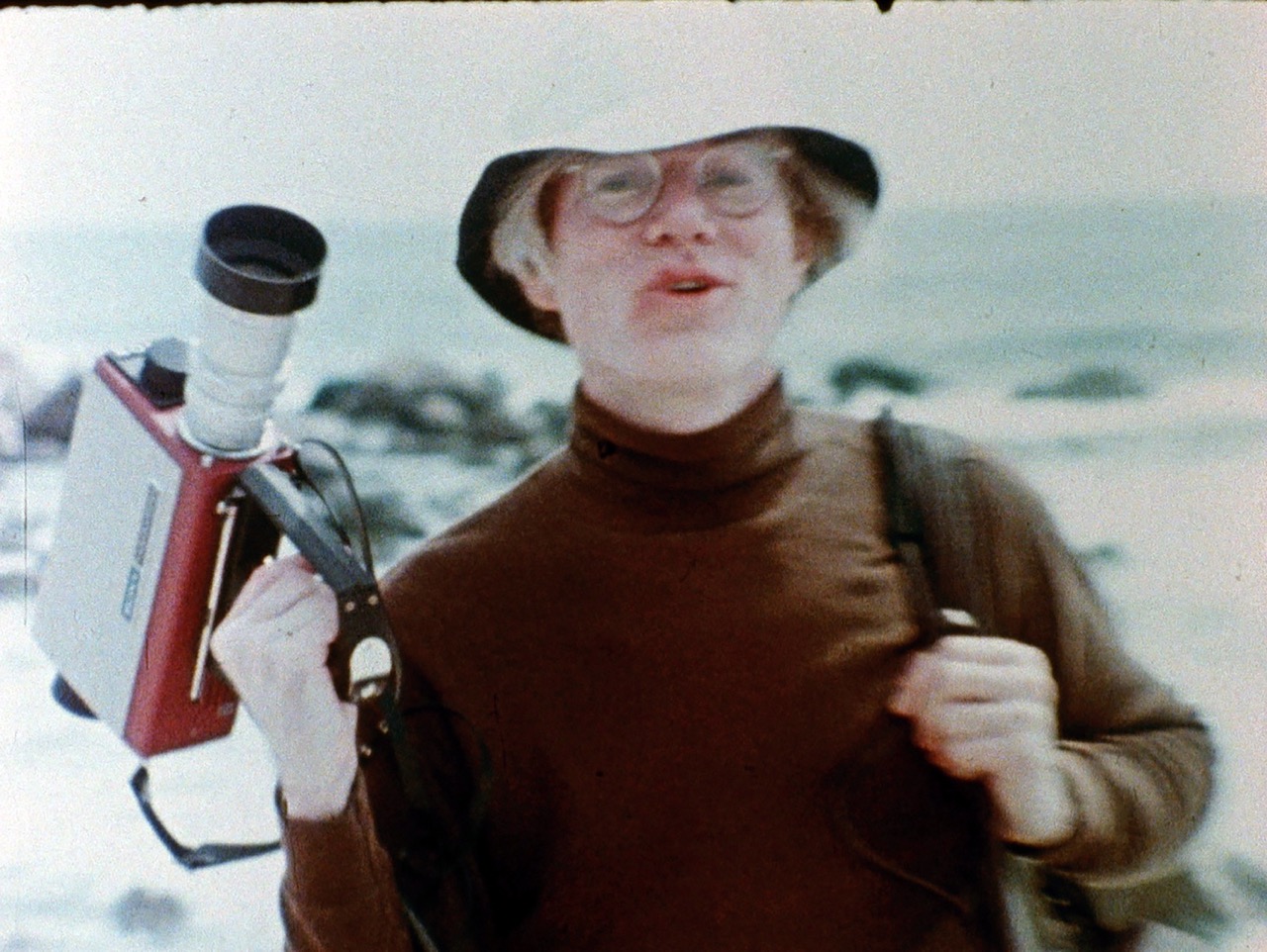 That Summer begins with Beard in his home in Montauk in 2016, flipping through one of his own photo books and commenting on fab 1970s island mates Mick and Bianca Jagger, Andy Warhol, and Jackie O (while worrying about Olsson and company’s high-angle, over-the-shoulder shot). We’re thus efficiently placed both within Beard’s creative and nostalgic headspace, and on eastern Long Island. This is further emphasized by a second prefatory passage consisting of archival footage from the early ’70s shot by Warhol and Jonas Mekas, featuring some of the same figures sighted earlier in Beard’s photo album, with voiceovers from Beard and Radziwill describing their connection and intentions for filming that June of 1972. (Radziwill’s voiceover is sourced from an interview conducted by Sofia Coppola; unlike Beard, she doesn’t appear in any present-day footage.) 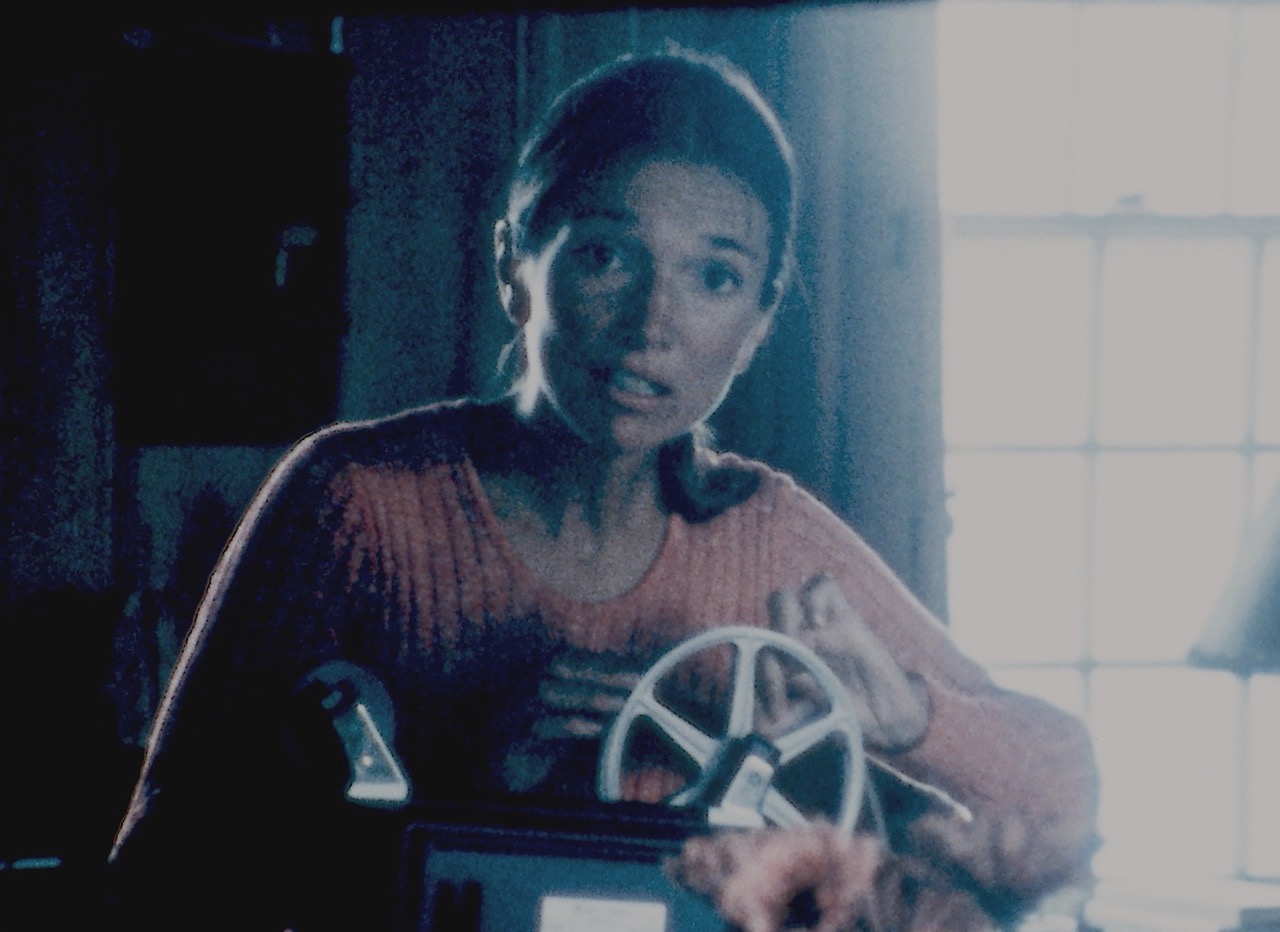 But when That Summer transitions to the four “lost” reels we’ve all come to see, there’s scant text or audio foregrounding who actually captured the footage, or anything about the significance of what had been captured and how. The elision might have gone unnoticed if the person creating these images weren’t Albert Maysles (and if he weren’t given the alarmingly degrading credit here of “Additional Cinematography”). Olsson lets the cold facts of ownership—Radziwill controlled the footage, and Beard is credited as an executive producer of this film—eclipse the complexities of authorship. It’s a strange capitulation given that Olsson, who presided over two previous archival-based projects, The Black Power Mixtape 1967–1975 (2011) and Concerning Violence (2014), is here directing a film “based on footage directed by Peter Beard, Jonas Mekas, and Andy Warhol.” He deemphasizes what’s most exciting about the material: that it offers extraordinary early evidence of a bond forming between subjects and filmmakers—the Maysles brothers—who would all later collaborate on one of the greatest works of nonfiction cinema.

The first reel (each is helpfully identified by number, conjuring a sense of archival discovery) sees Little Edie, in all her shabby-chic splendor, coquettishly posing for Beard outside in an armchair, with Albert Maysles panning and zooming in to investigate her hands, her knees, the fabric of her skirt. In the second reel, Albert is spying cats in the overgrown foliage, one of which Little Edie named Teddsie because of a resemblance to Ted Kennedy “before he got fat.” Then things really get cooking in the third reel, with the camera exploring the house’s shockingly unkempt interior despite low light and skeptical glances from the Beales. Visiting inspectors attest to improvements made since their last checkup, and evidently more were to come before the Grey Gardens shoot, which may surprise those familiar with the still-cluttered interiors and zoological scat featured in that 1975 film. “It was all done for a reason,” Big Edie says about the mess that she and her daughter had cultivated, flashing a kind of vague, peek-a-boo intentionality that kept Beard and the Maysles brothers coming back for more. 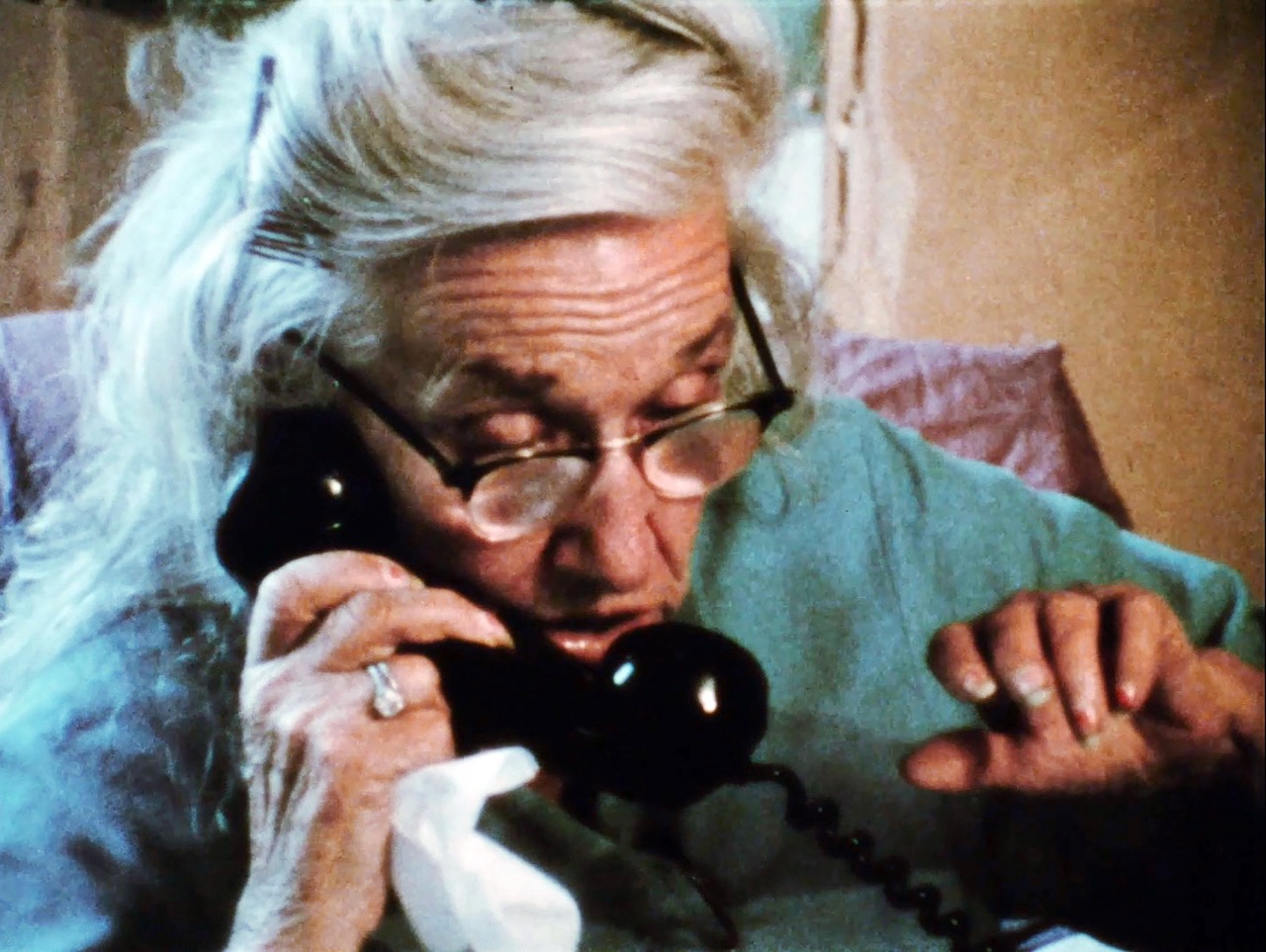 Soon Big Edie, in her semi-permanently semi-reclined state, is directing Albert on what and how to film, showing off the painted portrait of her younger self, suggesting a two-shot of Little Edie regarding the portrait, and filling the room with petulance, innuendo, and drama. Disregarding the instruction, Albert holds on Little Edie. “Oh, he likes you better,” Big Edie says, to which Little Edie rolls her eyes conspiratorially. A dynamic is developing right in front of us. Then we’re gifted with a classic Maysles extended take as Big Edie breaks into song, which she continues even after answering the phone. The camera zooms in and back out, noticing her big diamond ring, relating it to the detritus of the room, interrogating and marveling at the same time. By the fourth reel, Little Edie is alluding to potentially incestuous relations with her uncle, flirting with the filmmakers, and hiding behind a compact mirror to apply makeup, with Albert agreeably framing the rectangle precisely in front of her face. “Why didn’t you make the scene perfect?” Big Edie says to her daughter, though of course, whether she knows it or not, she has.

It is in these moments that That Summer becomes an essential document, as well as a complex, moving work of cinema in its own right. Olsson’s faith in the power of unfussed-over archival footage pays off, rewarding our patience with scenes that are messy, unformed, and perpetually, ecstatically in the process of becoming. That such moments would continue between these people at a later time—informed by these nascent connections and fascinations, this building of trust between collaborators that’s often discussed but rarely witnessed and hardly ever recorded—gives the footage a uniquely invigorating, origin-story power. Olsson doesn’t overtly address these qualities within That Summer, which is mystifying and unfortunate, but at least we can finally see the creative courtship play out for ourselves.

Eric Hynes is a New York–based journalist, film critic, and programmer. He writes a column on the art of nonfiction, “Make It Real,” for Film Comment Magazine, and other outlets have included the New York Times, the Washington Post, Rolling Stone, Slate, the Village Voice, Sight & Sound, and Reverse Shot. He is curator of film at the Museum of the Moving Image in Queens, New York.