Karl Ove Knausgaard tries to reawaken the familiar in his follow-up to My Struggle. 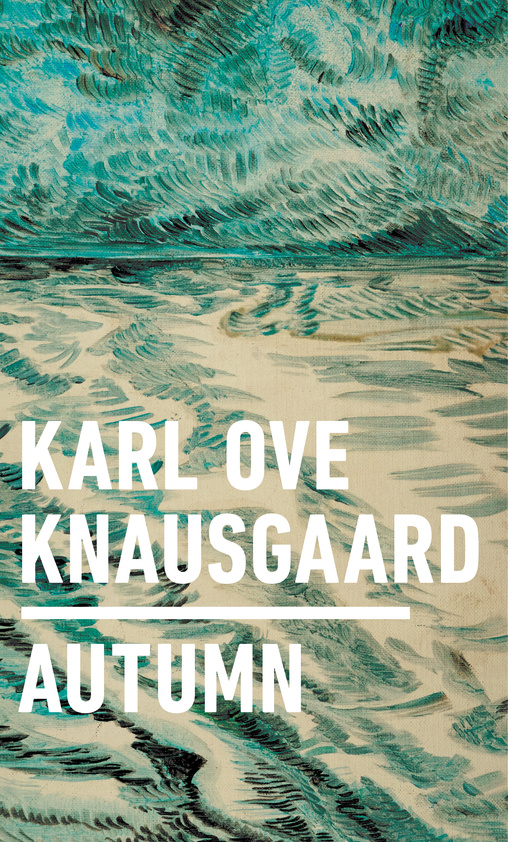 Karl Ove Knausgaard’s considerable celebrity rests almost exclusively on the success of a single, very long, book: a memoir titled My Struggle. Over the course of its six volumes (five have been published in English so far), the then-unsuccessful Norwegian author sets out to confess everything about himself in the years leading up to a massive writer’s block that he laboriously breaks by consigning to paper his ragged and dusty recollections. My Struggle is a gallery of incidents that happened to, in Knausgaard’s own estimation, a common man of middling talent in the course of his meandering, shapeless life: a record of his stumbling adventures as teacher, lover, father, son—adventures that more often caused him shame than pride. Knausgaard’s prose often seems disconcertingly artless, but is punctuated by moments of undeniable sublimity whose power depends on the fact that they seem to emerge out of an amorphous, incontinent discursive flow.

According to Knausgaard, My Struggle began as a therapeutic endeavor. The same, apparently, applies to the first project he entertained after the autobiography, a series of four volumes named after the seasons, of which Autumn is the opening act. “It started,” he explains in an interview in The Paris Review, “as a completely private project. When we were expecting our daughter, I wanted to write something for her, a diary or letter, for her to read when she was older—about how things looked like around our home before she was born, what her family was like, our thoughts and habits.” Autumn consists of sixty short pieces, each one devoted to a category of objects, animals, artworks, places, and phenomena that the author captures as they appear from the vantage point of the home in the countryside that he shares with his wife and their three children. These entries aspire to bring forward and illuminate, as if for the first time, those elements of our common background that we mostly take for granted, so that we, his readers, will become—presumably like the author in the course of his writing—more likely to experience as fresh that which has been obscured by familiarity: the texture of the door knob as we open a door or the way a button slides into its buttonhole. This, it must be noted, is perhaps the oldest and most constant aspiration of European literary modernity. How does Knausgaard set out to accomplish it?

“I want to show you our world as it is now,” the writer announces to his unborn daughter in the letter that opens the volume; although “of course it is primarily for my own sake that I am doing this,” he adds. Since the fiction of a message addressed to the future is not really sustained for more than a few pages at a time, we can read each entry as simply the record of an occasion when the world seemed peculiarly intense and limpid, the writer feeling the frames he usually applies to his experiences giving way in the presence of the sheer potency of life. This is the power that Knausgaard attributes to Gustave Flaubert: “Madame Bovary is the world’s greatest novel, there’s no doubt in my mind; it has a sharpness, a crystal-clear feeling of physical space and materiality which no novel either before or after it has even come close to matching. Flaubert’s sentences are like a rag rubbed across a windowpane encrusted with smoke and dirt which you have long since grown accustomed to seeing the world through.” There’s equally no doubt in my mind that this is the effect Knausgaard hopes to achieve.

In the best texts of the collection (including ones devoted to teeth, petrol, and chewing gum), the patient and placid description of a category of things unexpectedly mutates into a scene where a phenomenon appears to the writer in a tenuous, precarious transcendence, extracted from the domain of the habitual by the power of a memory, a fantasy, even a hallucination. This is the case in a chapter on beds and sleep, which, as Knausgaard notes, are “not something we usually give much thought to, since they are saturated with lifelong habit and are always associated precisely with discretion.” The rag he employs here to rub the windowpane is an arresting image:

But if it were possible to see everyone who has retired to their beds in a great city at night, in London, New York or Tokyo, for example, if we imagined that the buildings were made of glass and that all the rooms were lit, the sight would be deeply unsettling. Everywhere there would be people lying motionless in their cocoons, in room after room for miles on end, and not just at street level, along roads and crossroads, but even up in the air, separated by plateaus, some of them twenty metres above ground, some fifty, some a hundred. We would be able to see millions of immobile people who have withdrawn from others in order to lie in a coma throughout the night. Sleep’s vertiginous link to primordial times, not just with human life as it first unfolded on the plains of Africa three hundred thousand years ago, but with life on earth in its very first form, rising out of the sea and coming ashore four hundred million years ago, would become apparent. And a bed would no longer be merely a piece of furniture acquired from a shop, but a boat that every human being has and which we board every evening to let ourselves be carried through the night.

Knausgaard hopes that the invocation of a million cocoons that hang in midair, equal to a million boats that sail through the night carrying their comatose passengers, will allow us to recapture as new the familiar piece of furniture on which we perform the ceremony of sleeping and, at the same time, grasp the continuity between ourselves and the life that once rose up from the sea. This vision of “our world as it is now” as a suspended and strangely timeless realm is what Autumn constantly pursues, with varying levels of success. When the prose doesn’t find anything concrete to fasten onto (an incident, an image, an artwork), the tension of the text lags, and a certain repetitiveness in the quality of the descriptions has a somewhat numbing effect, but scenes like the one just quoted occur frequently enough to engage our curiosity. Autumn is markedly less original and powerful than My Struggle, but its charms will suffice to reassure Knausgaard’s many fans that he has well preserved his gifts. And while slight read on its own, it may be the first installment of another major work.