A call-and-response with the self: Mary Gaitskill scrutinizes
her own fiction. 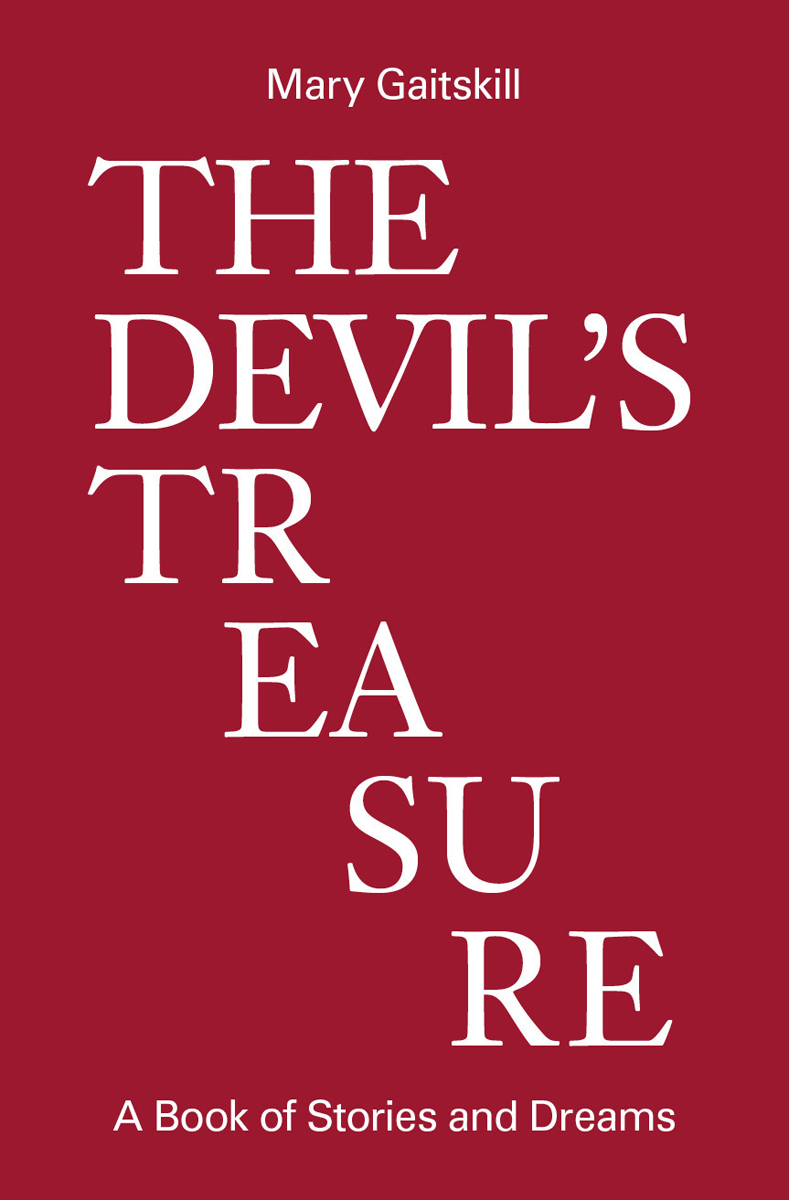 I was a girl when I found Mary Gaitskill’s Bad Behavior (1988) on a bookshelf. I swallowed her first collection whole. Its knife-bright allegories about powerlessness—sexual, economic, artistic—didn’t take me to hell, no, but they offered me glimpses of its future possibilities. Gaitskill’s new book, The Devil’s Treasure, opens along similar lines: “When Ginger was seven she went to Hell.” Her grandmother tells her that it’s is a made-up place where people are tortured forever. Ginger thinks: “It looked scary but interesting too.” This is Gaitskill’s gift: showing the curiosity that cathartically persists at the abyss—of violence, of humiliation, of separation. That is, the interest in experience extant even in trauma. Consider that moment in Michaela Coel’s recent series I May Destroy You—you know it—when the dazed protagonist-author experiences a first flashback to her rape: she doesn’t collapse; a look of irony crosses her face, some complex curio of processing. Can an autofictive scene on HBO be Gaitskillian? Yes.

Strange and shifting, The Devil’s Treasure also comes with sexual trauma and a move toward the frisson of the fiction/nonfiction border. It also arrives with a subtitle—A Book of Stories and Dreams—and a color key. A red margin for the parable about Ginger in hell; yellow for fragments of her published novels and memoir; orange for commentary on the writing of said books. Odd collages of floating heads act as interstitials. Does it work? Yes and no. Gaitskill’s legendary style is narcotic, her fictions hallucinatory, as the real often is. Her clarion sentences of constellated imagery drop you into that “deep, soft core that everyone longs for, too deep for games or even words,” as she writes. Here, though, with her books atomized and gleaned for certain rhyming passages, which she then assiduously explains away, Gaitskill punctures that spell. Her reader is repeatedly thrown back out into the world, just as they are sinking—with the pleasure and horror of recognition—into the one she has constructed in her fictions. Her fictive world, where injured psyches desperate for connection and integration claw at love and self-knowledge, arrangements that arrive looking like cruelty and humiliation instead—well, that’s the thing.

Indeed, in Gaitskill’s sentences and sensibility the world’s defining experiences are often two things simultaneously: each phenomenon is always both. “A terrible and wonderful example,” she writes about an epiphany at her father’s deathbed. “It was humbling and even a little frightening,” she notes elsewhere. (I wonder if Gaitskill is a Libra, but no—a Scorpio: “sensitive and idealistic.”) Such doubling extends to the social worlds of her novels, which draw pairs: see Two Girls, Fat and Thin (1991), or the ravaged model and dying proofreader of Veronica (2005), “both bruised and bewildered by life.” Reflecting on her oeuvre here, Gaitskill notes: “When I read through these books, I had a strong double sense of my simultaneous acuity and lack of understanding of the worlds I was trying to represent.”

From that admission of unawareness slips the reason for the new book’s existence: Gaitskill is trying to work some things out, both in her writing and in herself. Racism and relation are one; difference and dreams another. Displacement and dispossession, poverty and illness, the imaginary and the real. It’s a long list but injury always is. If guilt pervades The Devil’s Treasure—white guilt, but also the guilt of a novelist using real lives as artistic material—it also propels its fragmented form. The book’s fictive-critical hybridity is a call-and-response with the self: passages from novels are answered by elucidations of the origins of their writing. That these explanations are often unsatisfying is where the trouble (but also the book) begins.

Take The Mare (2015), “a novel in six voices,” one which belongs to Mrs. Vargas, an illiterate and struggling Black Dominican immigrant mother in Brooklyn. Her voice is unconvincing—you can feel Gaitskill, usually so adroit, stretching. But in her commentary, the writer signals that she has heard the criticism, stating her writerly “awkwardness in the form of cultural mistakes, wrong details, words, tone” is less important to her than her trust in the narrative. Of her characters, she notes: “I did not exploit their ‘story,’ I invented it. Or rather I half invented it, half lived it, for this was my story too.”

More unsettling than such au courant questions of novelistic appropriation (cultural or otherwise) is Gaitskill’s unnuanced balancing of disparate forms of violence in her larger accounting. In the hegemonic order she assails (but does not quite analyze), both systemic anti-Black racism and sexual violence are her focus, yet her squaring of them remains odd. Her excerpted novels feature scenes of sexual assault, of the Detroit riots and the National Guard, of a white kid mocking MLK Jr. Reflecting, Gaitskill writes: “It is not comparable to thousands of people being brutalized and murdered because they were/are the ‘wrong’ race. But the connection is this: the chasm between the normal face and the other face, the feeling that in that chasm anything might happen, right in front of people. Given this understanding, how could I be shocked at being raped much later in life?” What?

If it’s the violent chasm between faces—between what we present and what we do—that captures Gaitskill, her constant conjuring of a “mask” in The Devil’s Treasure reveals the harm. “The power of the mask,” she writes, “could dominate to the point of killing the live, raw thing that had actually made it possible.” In a self-assessing book in which anti-Black racism and white violence is so centered, it is difficult not to think of that classic of autoethnography, Frantz Fanon’s Black Skin, White Masks, although his Wretched of the Earth also rings out. Gaitskill herself skirts any survey of colonial hegemony and racial capitalism but brings up Ta-Nehisi Coates’s recent memoir, comparing his childhood terrors to hers. As elsewhere, this balancing of experience feels inexpert, erroneous. Her fiction excels at showing how vulnerable people navigate those systems of supremacy that would (and do) harm them with startling nuance—perhaps resistance can only look like perversity within a crushingly perverse hegemony—but her commentary reveals an obdurate refusal to think systematically, an aversion that reads like an all-too-familiar blindness.

As I moved through the book—often exhilarated by the novel excerpts, discomfited by the annotations that followed—I wished Gaitskill had developed her feelings in fiction or a likewise singular narrative. Her subjects here (which include nonhuman communion with the natural and animal world, a necessary respite from so much human assault) are crucial, yet the fragmented form feels like no form at all. Collage once held a mirror to the violence of modernity; today’s hybridized books—of autotheory, autoethnography, autofiction, fictocriticism—often attempt the same correspondence to the present’s brutal conditions. Yet even Gaitskill’s parable about hell is unable to metabolize the myriad ideas at work in The Devil’s Treasure into its morality or immorality play. The analysis is oblique, her humiliations familiar.

I wondered at the wisdom of Gaitskill going back through her books, amending them with explanation. You must find your form—old advice from the poet-critic to the critic-novelist. Or as Gaitskill writes: “our raw, unknowable selves, searching for a form that will be recognized and understood by others, that can move in the world, love and be loved.” This is not the form, I think, that she thought it was.

Quinn Latimer is the author of, most recently, Like a Woman: Essays, Readings, Poems (Sternberg Press, 2017). Her writings have previously appeared in Artforum, the Paris Review, Texte zur Kunst, and elsewhere. She was editor-in-chief of publications for documenta 14, in Athens and Kassel, and is the co-editor of the forthcoming Amazonia: Anthology as Cosmology (Sternberg Press, 2021).