Literature
Klara and the Sun

The soul of a new machine: in Kazuo Ishiguro’s novel,
a solar-powered robot. 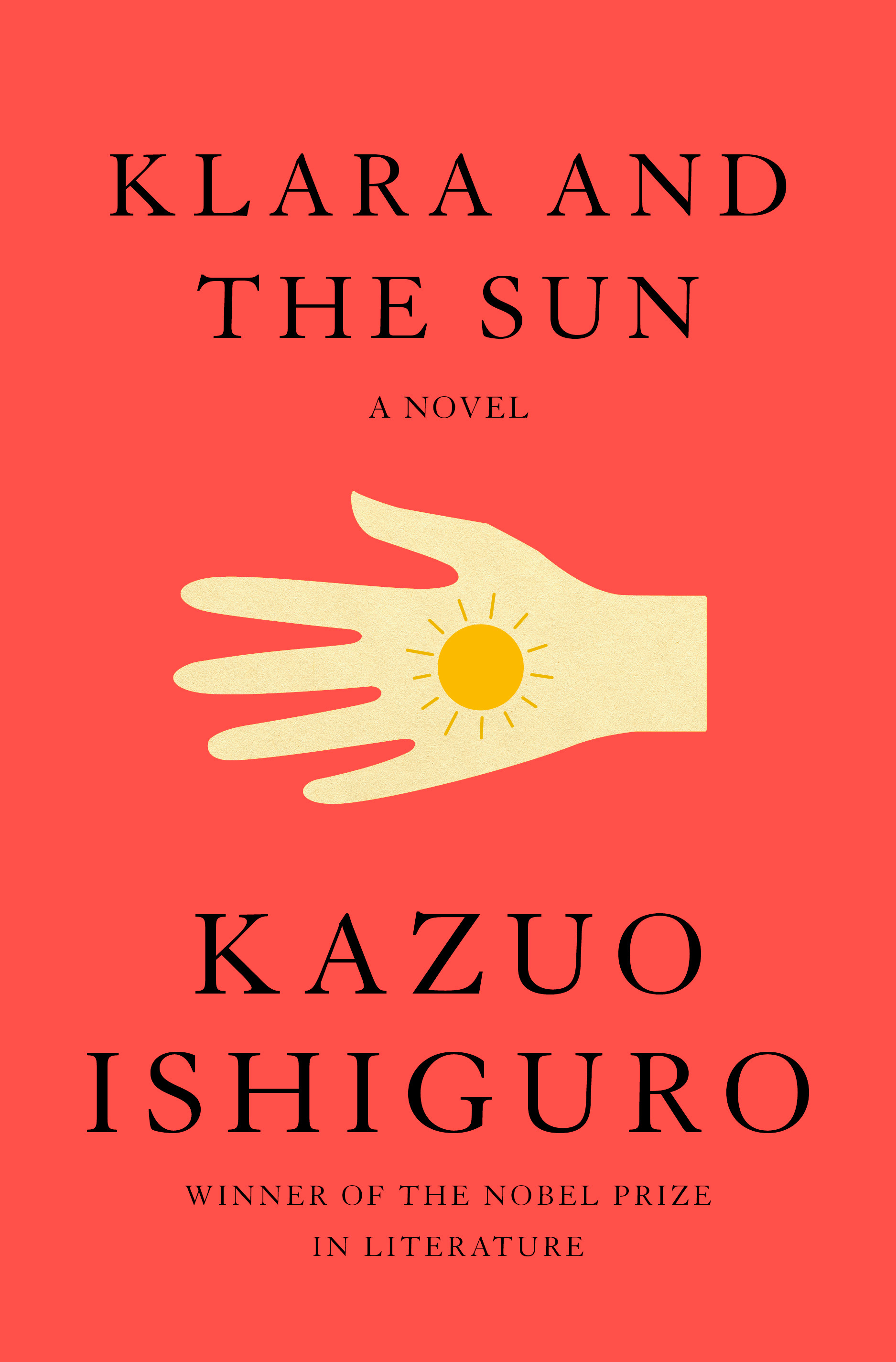 What is the Sun? I could have given you a better answer a few decades ago when I was a high school student, but I remember enough now to tell you that it’s a burning sphere that consists mostly of hydrogen and the helium produced by the constant inferno of nuclear fusion at its core. I could tell you about the Earth’s orbit and the seasons, its revolutions and night and day, about photosynthesis and fossil fuels and how all the energy we eat and burn comes from the light of the Sun, not to mention all the carbon that’s heating up our atmosphere. If I took a glance at Wikipedia I might add that, whether or not climate change does us in, within five billion years the Sun will grow big enough to swallow Mercury and Venus and render Earth a no-man’s-land. Unlike our ancestors—that is, most people who’ve ever lived—we are taught to think of the Sun scientifically, however happier we may be when the Sun is shining and the days are warm and long. When I look at the Sun or check the weather, I don’t think of Apollo or Utu or Ra. I think of putting on sunblock or a hat.

I undertook this superficial examination of my relationship to our friendly star on reading Kazuo Ishiguro’s new novel, Klara and the Sun. The book is narrated by a solar-powered robot, though it’s implied that using the word “robot” in front of the robot is a bit rude. Klara is an “Artificial Friend,” available for purchase by parents as companions for their teenage children. We first meet her in the shop where she awaits purchase and yearns to soak in the Sun’s rays. That the Sun seems to be personified in Klara’s mind as an object of gratitude for its light’s nourishment is a sign that her narration is nonrational and therefore not entirely reliable. (Her peer “AFs” seem to look on that light as a finite resource that can be hoarded by those who soak up too much of it, leaving the others famished.) We sense immediately that we are in the presence of an artificial intelligence capable of the minute and total perception of detail we’ve come to expect from robots in science fiction, but one whose programming entails a certain amount of naiveté, magical thinking, and a learning curve when it comes to human behavior. Over time Klara’s reverence for the Sun swells. It becomes not just a source of nourishment but a sort of deity to whom she prays and from whom she seeks divine intervention.

With Ishiguro we are often moving from a state of innocence to dark knowledge. His narrators come to their stories from the margins: think of Stevens the butler in The Remains of the Day, or Kathy the carer clone in Never Let Me Go. These are characters whose vision of the world is occluded. Ishiguro is a hoarder of secrets, which can make his books difficult for a reviewer to discuss without doing a bit of spoiling. The secrets in Klara and the Sun are those of the family that purchases Klara as a companion for their daughter, Josie. Gradually details of the world these characters inhabit are revealed, but our knowledge of this world is as partial as Klara’s. Her vision itself isn’t like ours: she takes in new landscapes through a series of boxes or rectangles—a further defamiliarizing aspect of her narration.

But what of the world of this novel? It seems to take place in an America of the not so near but not so far future. There is advanced technology, in the form of Artificial Friends as well as drones that children can design and construct at home. Josie’s father, a former engineer at a chemical plant, has divorced her mother, lost his job in “the substitutions,” and is living in a community of other downsized elite workers. There’s talk of violent conflict between his group and other local factions who aren’t as white or elite. Automation, tribalism, incipient fascism—this is an America where current crises have been amplified. It is also a country marked by a more extreme form of meritocracy. Children still compete to get into elite institutions of higher education, and some of them have advantages that run from private tutors to being “lifted,” a term for having “benefited from genetic editing” and a process not without medical risks. AFs aren’t the only artificial ones.

“World building” is the term currently en vogue for the way science fiction, fantasy, and superhero narratives construct their alternate realities. Ishiguro is a minimalist in this respect. A better term for what he allows might be “world glimpsing.” In his subtle hands, with his exquisite control and measured doling out of detail, less really is more. There’s not inconsiderable pleasure to be derived from trying to figure out what’s going on in the America of Klara and the Sun and how much any of it matters to the story of Josie and her Artificial Friend. Their story itself is heartbreaking if not ultimately tragic.

We can extend our sympathies to a butler or to a clone. They are both human. How much sympathy can we extend to a robot? It is a question at least as old as Frankenstein. Klara is a worthy addition to this menagerie of automatons who just might have souls. Can she love? Can she believe in God? Klara’s disposition toward Josie and the Sun suggests that the answer to both questions is yes. Indeed, Klara can seem more human than the other humans she meets or most fictional characters we encounter in any novel. She is fragile and capable of rash feats of devotion. I will admit to greeting her with resistance, especially while reading the novel’s first half, when Ishiguro is constructing Klara’s consciousness and the plot has yet to be set in motion. It is perhaps a credit to Ishiguro that I closed his book not sure to whom it belonged—to Josie or Klara or the Sun itself and therefore the larger forces of nature. Klara and the Sun is a study in frailty and impermanence, the endings none of us can escape.