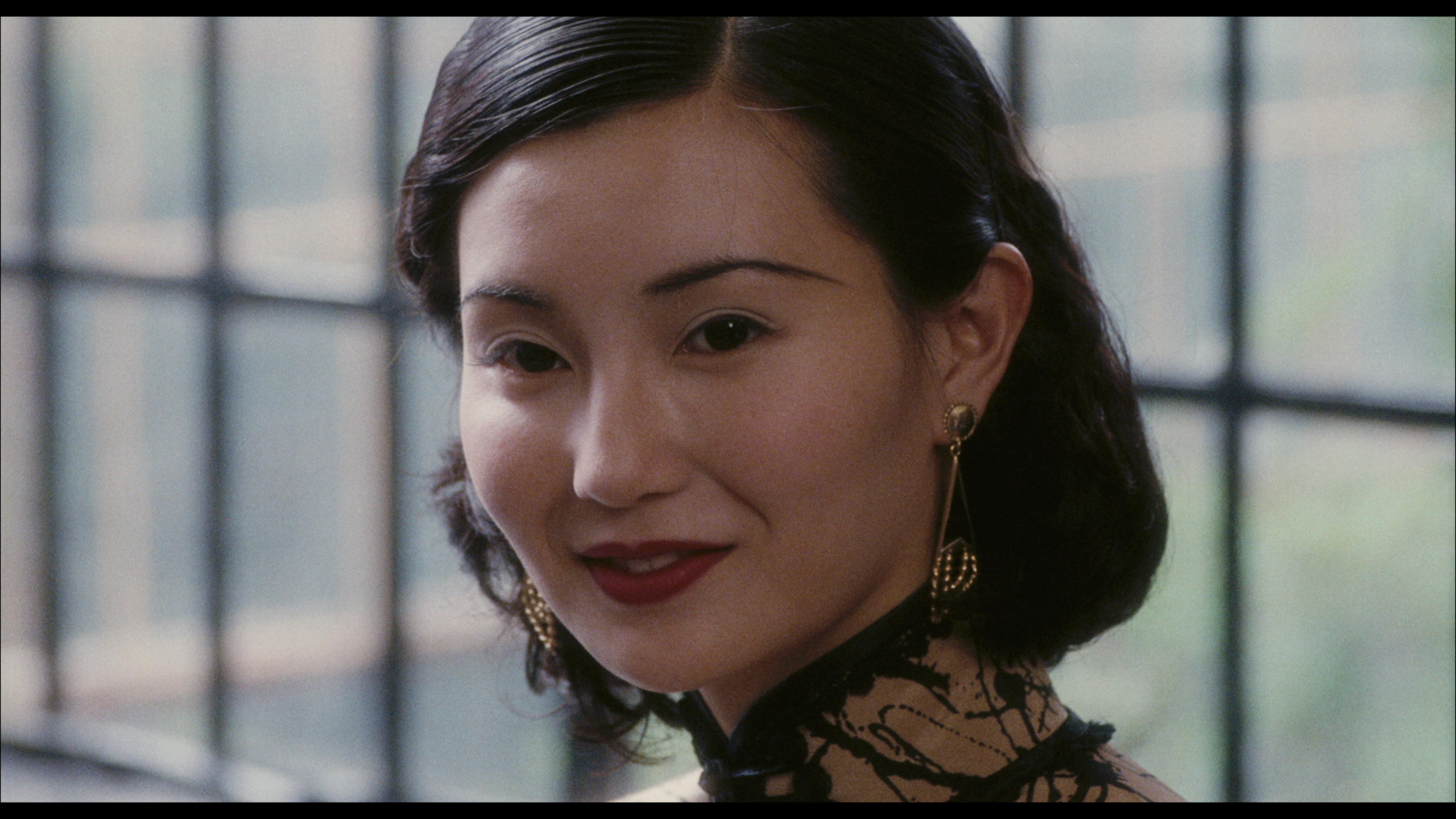 What does a biopic have to do to be trustworthy? The most scorned of all film genres is routinely accused of not only playing fast and loose with the truth but also of being just plain boring. Ambition and triumph, downfall and redemption: these are the tropes that turn unwieldy life stories into digestible moral lessons. But for all their predictability, biopics aren’t without their social function. Even the most conventional open up spaces for us to contemplate why our collective memories are so profoundly shaped by what we believe about public figures. The chasm between what makes it to the screen and what gets left out is both a problem of the form and one of its main attractions.

As if to disarm the skepticism of a discerning audience, unorthodox takes on the genre (like Todd Haynes’s Bob Dylan portrait I’m Not There, from 2007) tend to make a fuss about their slippery relationship to reality, resulting in a deconstructed style that runs the risk of becoming its own cliché. But in his 1991 masterpiece, Center Stage, Stanley Kwan turns what could easily be dismissed as postmodern gimmickry into something strange and unclassifiable, an ever-shifting framework that refracts almost every biographical insight the movie puts forth. 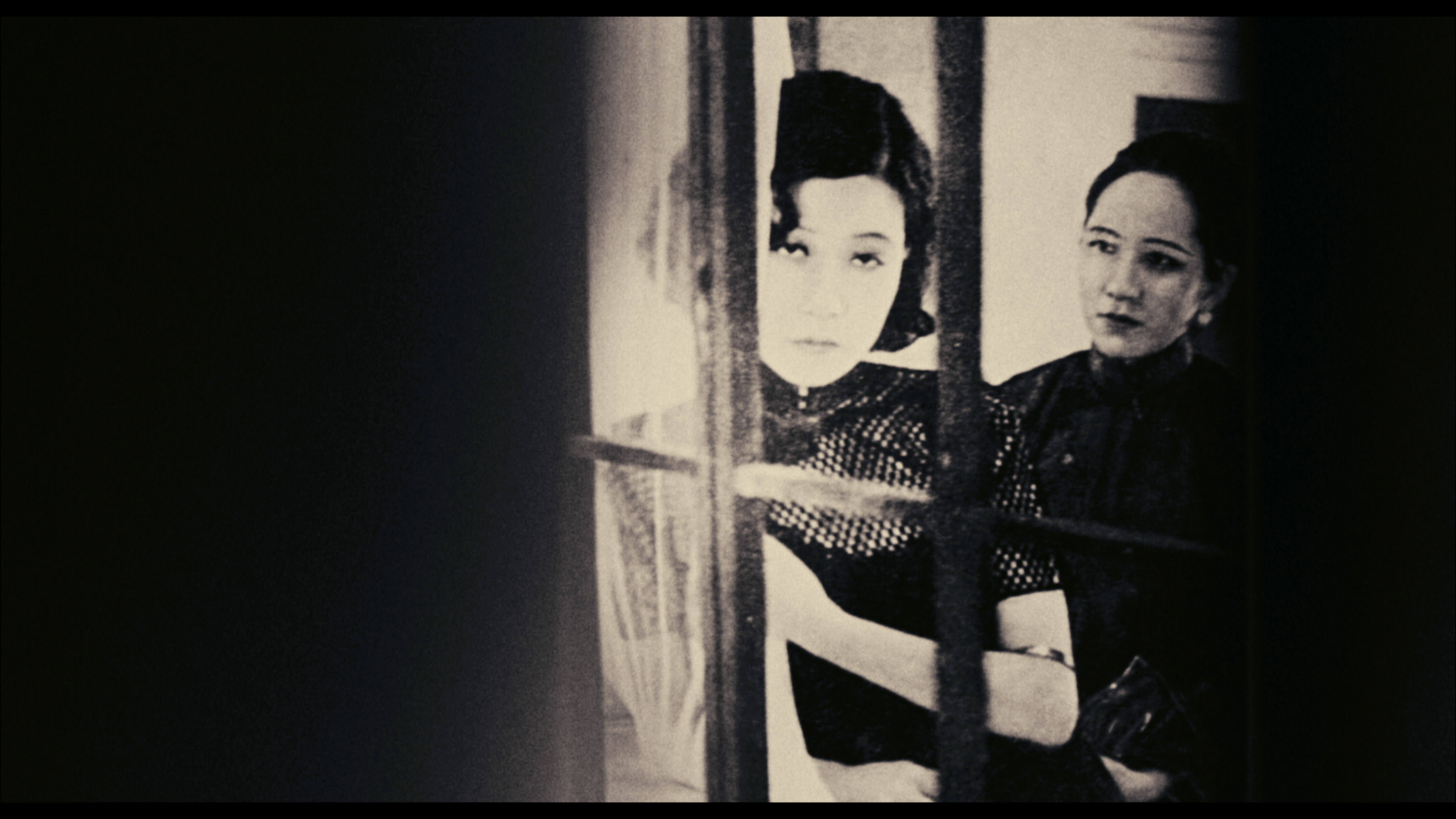 A tension between presence and absence is immediately apparent in the opening scene, in which Kwan introduces the heroine, Shanghai cinema icon Ruan Lingyu (played by Maggie Cheung), through a series of black-and-white photographs. Ruan is a teenager in these images, but what they convey is not her youth but an overwhelming sense of the antique, a world not easily fathomed by contemporary minds. As the camera moves fetishistically across the photos’ washed-out surfaces, Ruan’s face is barely perceptible, radiating a white, spectral glow where her features should be.

When Center Stage was made, a great deal of Ruan’s work had been lost to time. But Sinophone cinephiles in the ’90s would have at least known her by name, and by the scandal that consumed the final years of her too-short life. Grittier and less imperious than Greta Garbo or Marlene Dietrich, to whom she was frequently compared, she was one of the most captivating screen presences of the late silent era, and she came to symbolize a wave of liberationist, proto-feminist energy that animated Shanghai in the ’30s. And yet, despite being remembered for roles in such forward-thinking leftist classics as The Goddess (1934) and New Women (1935), Ruan was done in by the same old misogynistic indignities her characters survived. Rumors about her entanglements with multiple men became the backdrop for her suicide at the age of twenty-four.

Center Stage narrows its focus to 1931–1935, Ruan’s peak years at the Lianhua Film Company, where she shifted away from lowbrow genre fare to the ambitious revolutionary pictures that cemented her reputation. But the film charts this ascent reticently and elliptically. There’s no coherent, suspenseful buildup to glory, no spectacle of fanfare; celebrity isn’t sensationalized as a fallen state that warps the actor’s ego. In fact, for most of the film, we’re not really privy to how Ruan feels about what’s happening to her. Kwan and Cheung’s interpretation of the character is almost anti-psychological. Where most biopics hinge on moments when the private self suddenly leaks into public visibility, Center Stage avoids fabricating any scenario that might offer a convenient key to the heart of Ruan. 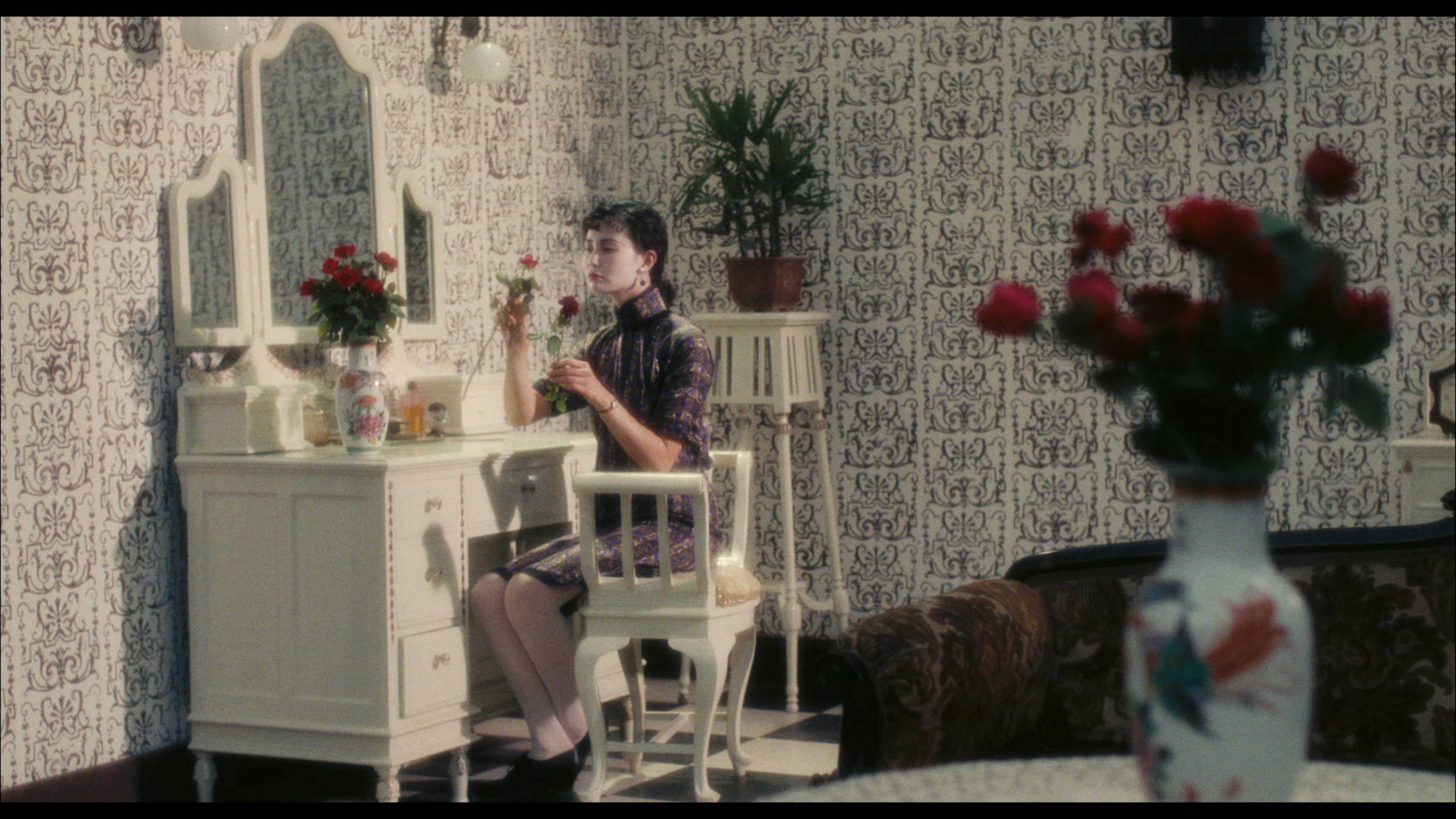 Kwan is one of the great living practitioners of melodrama, and his other best-loved works—the ghost story Rouge (1987) and the queer romance Lan Yu (2001)—are warm-blooded by comparison. What he set out to do with this cerebral ode to Ruan was a departure both for him and for the Hong Kong movie industry, whose signature product at the time was fast-paced entertainment. Center Stage’s most daring gambit is its hybrid form, which combines the dreamy narrative space of a period drama with unglamorous behind-the-scenes footage chronicling the collaboration between Kwan and Cheung. At various points throughout the movie, the director, actor, and other cast members are shown speculating about the opaque motivations of the real-life characters depicted in Center Stage, disrupting our ability to immerse ourselves in Ruan’s world. The dense visual style contributes to this destabilizing effect: swirling, Art Nouveau–like patterns dominate the interiors; cityscapes appear, on close inspection, to be painted backdrops, reminiscent of Expressionist silent films; and in one early scene, the action of a movie set is observed through the roof of a glass structure, as if Ruan were a plant in a greenhouse. 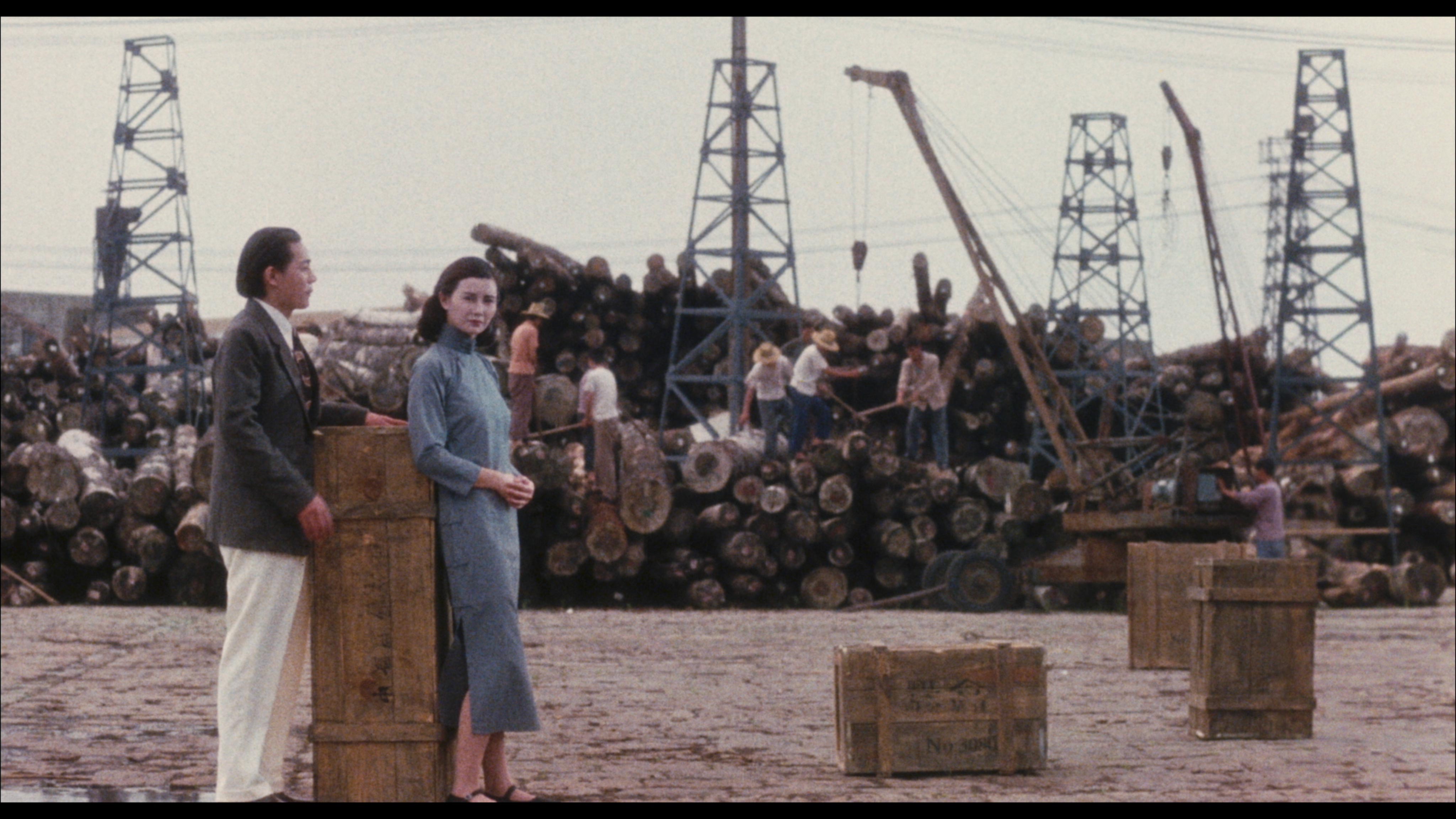 Cheung’s poised, often exquisite performance generates its own dissonance. Aficionados of Hong Kong cinema will likely be aware that the lead role was originally meant for pop diva Anita Mui, whose brash persona and brushes with controversy might have lent the film an extra degree of appositeness. (According to Kwan, Mui bowed out of the project because her staunch prodemocracy stance made the thought of working in China after the Tiananmen Square massacre unpalatable.) Seven years into a successful career, Cheung was best known for costarring with Jackie Chan in Police Story (1985), and she’d never been given a role as enigmatic and complex as this. Nevertheless, the mismatch between Ruan’s rebel spirit and Cheung’s bright, open-faced demeanor holds a disorienting power. Late in the film, Kwan juxtaposes Ruan’s cigarette-lighting swagger in The Goddess with Cheung’s re-creation of the same gestures; because the imitation isn’t entirely convincing, it serves as yet another reminder of the distances of time and space standing between Kwan and Cheung and their subject. 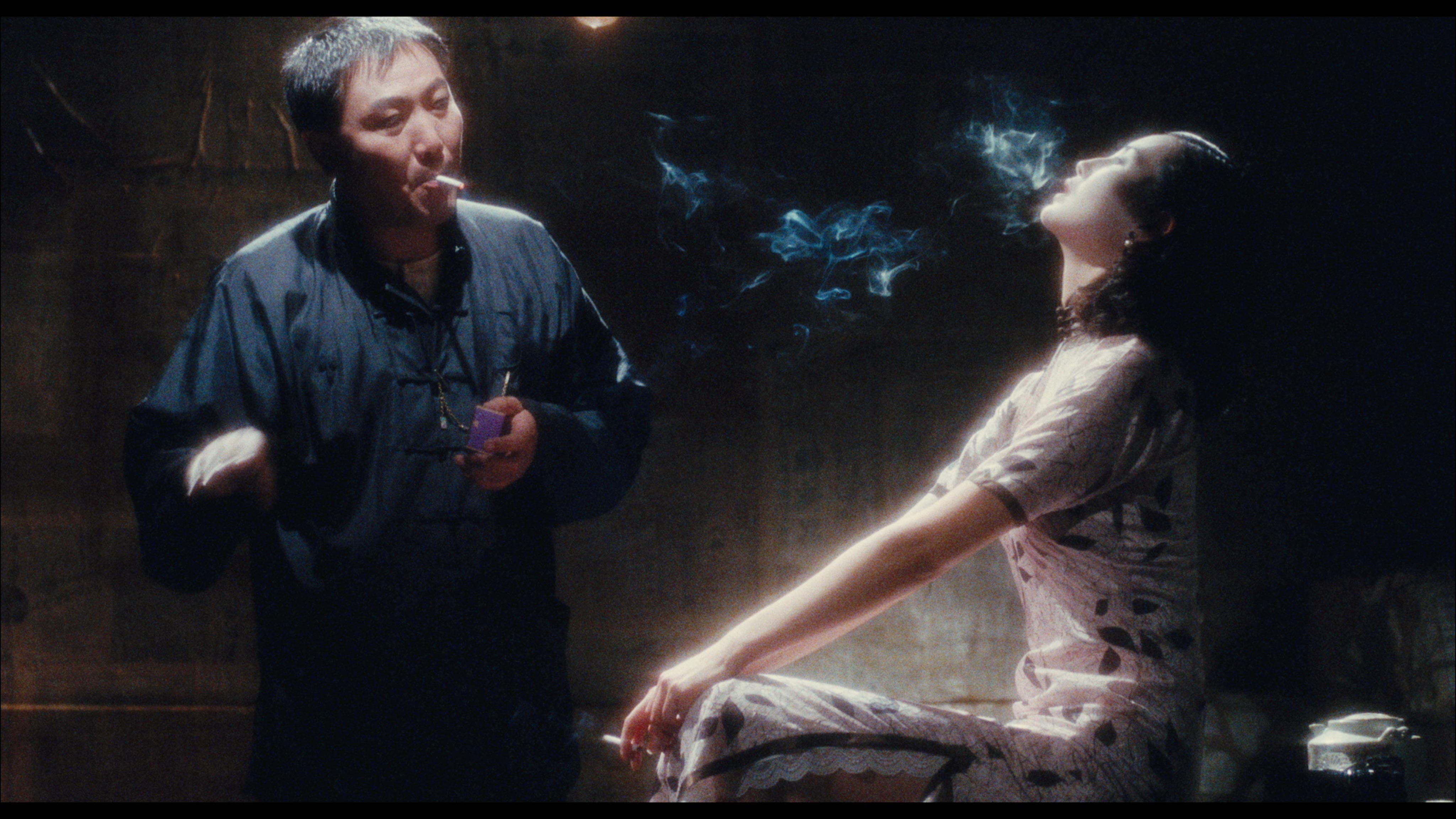 All this might sound forbiddingly insular, which may be why Center Stage has become a staple of cinema-studies curricula: its self-reflexive method invites viewers to consider the subtlest permutations of form and meaning, as well as the medium’s twin capacities for revelation and deception. But the film is no mere intellectual exercise. For Chinese-speaking viewers, it may be even more moving now than it was upon its release. Though Center Stage isn’t explicitly political, the idea of a prestigious Hong Kong auteur meditating on his own society’s cultural kinship with mainland China was fraught in 1991, just a few years after the events at Tiananmen stoked fears about what lay ahead for the British colony after its impending handover to the PRC. Today, Kwan’s romantic intimations of a shared artistic lineage binding these two geopolitical entities are shrouded by the existential dread of Hong Kongers who long for an identity separate from China. 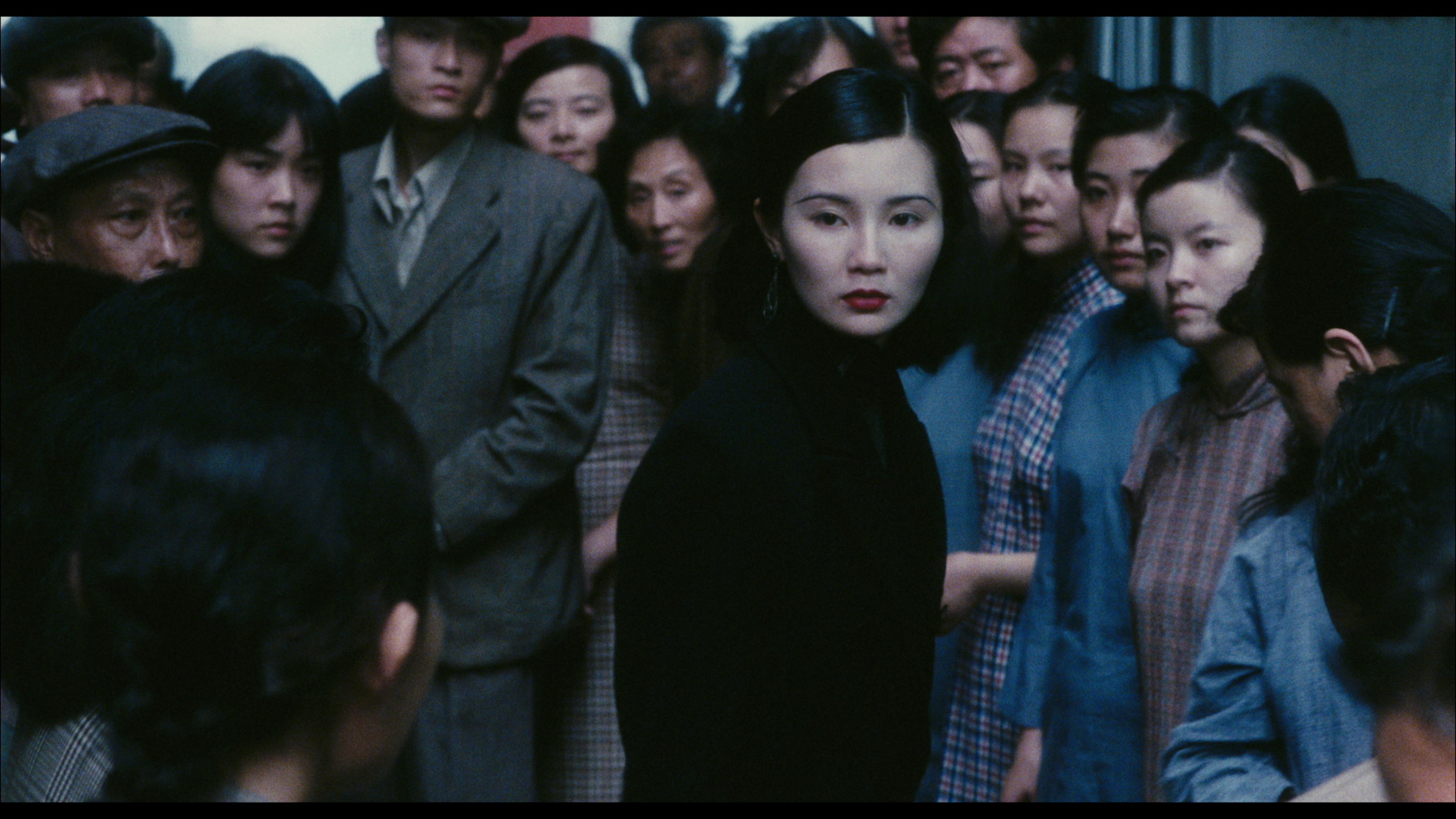 Center Stage also has plenty to say to those who are less tuned-in to the perilous developments in the region. Few biopics have so eloquently interrogated the very foundations of the genre: our desire for intimacy with the stars and our sense of being entitled to knowledge of their personal lives. Even as the preproduction conversations between Kwan and his cast take the form of studious research, they still revolve around the paraphernalia of a gossip industry that capitalizes on those same appetites—inert artifacts and secondhand accounts that turn Ruan into a mannequin of history.

Just as unnerving is how Center Stage evokes the loneliness of the performer, who is forever caught between the emotional transparency her art demands and the privacy she requires to protect those emotions. In one of the most haunting images in the film, Ruan is seen on a dance floor, swaying and shimmying solo in the middle of a crowd. There’s an eerie, narcotized smile on her face, and via voice-over she declares, “I’m very happy.” It seems like a privileged moment of psychological exposure, one that teases us with a trace of the character’s inner life. And yet, like so much else in biopics, it’s a beautiful lie.