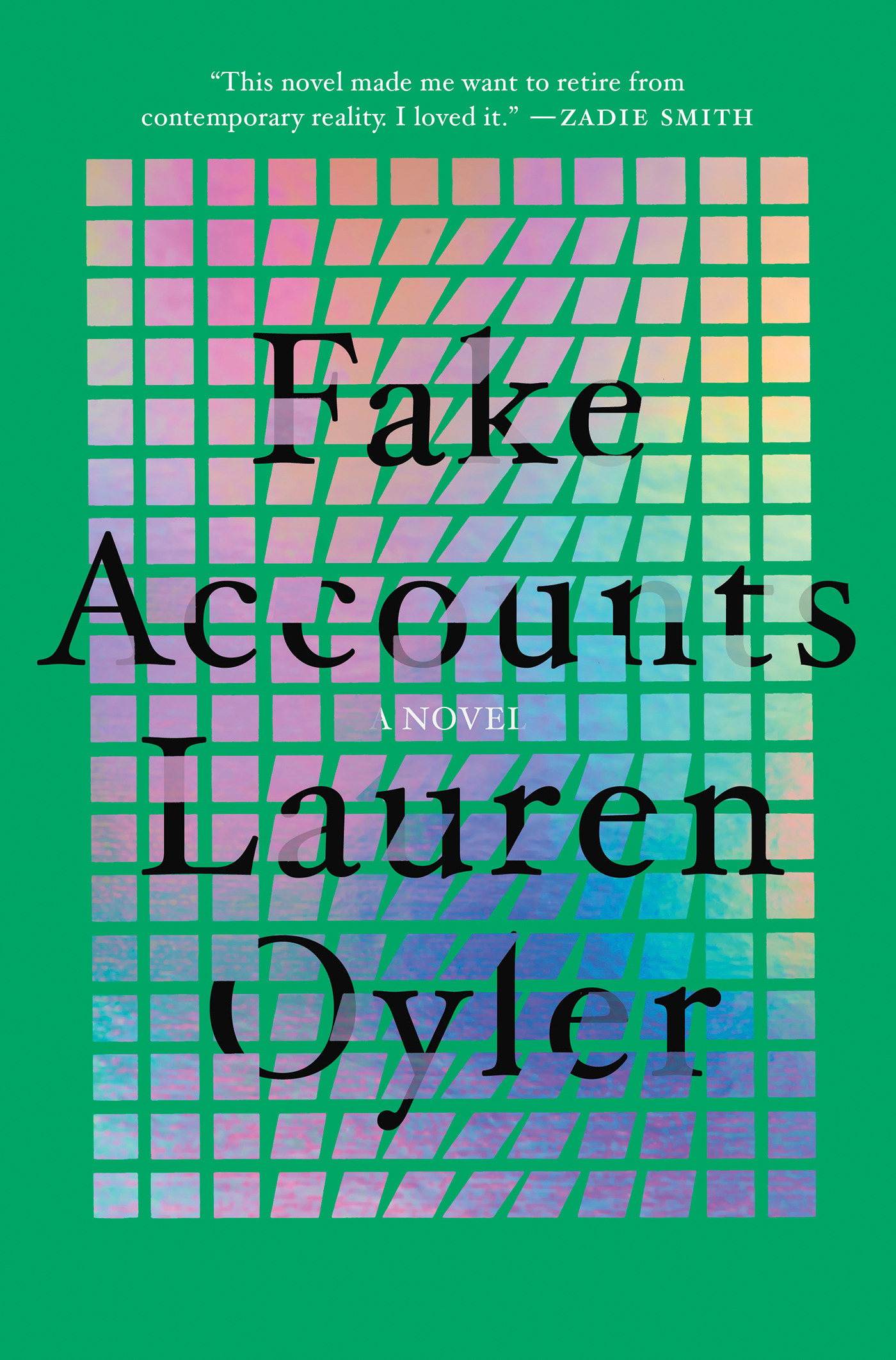 “I am a camera with its shutter open, quite passive, recording, not thinking,” announces the narrator of Christopher Isherwood’s Berlin Stories. True to his word, the lightly fictionalized “I” pans across the escapades of fellow expats, who tend to be queer, socialist, non-German speaking, impecunious, passport-seeking, manipulative, and ultimately sympathetic, forgivable. Back then, they were known as communists; today, on Twitter, they’d be “grifters.”

Lauren Oyler’s debut novel, Fake Accounts, which also draws heavily from her experience in expat Berlin, reads like an Isherwood novel turned inside out: heterosexual, apolitical (though there’s a great deal of skepticism of other people’s political feeling), and ultimately interior. When others do appear, they are more likely to be evaluated than passively recorded. Isherwood’s “I” recedes; Oyler’s turns the camera around to take a selfie: “You should always take pictures of yourself with your phone held above you, looking down at you, so that your eyes look big and your nose small,” she instructs. This may be the most flattering angle for Instagram, not so for haughty first-person narrators. Luckily for Fake Accounts, in literature, the unflattering angle is often more entertaining.

Online, in interviews, and especially in her literary criticism, Oyler is known for her acerbic, clickable self-confidence, as well as her disdain for trendy thinking. Fake Accounts is an extension of this ethos, dragging-and-dropping her by now somewhat infamous critiques of the literature du jour into fiction. Split between hyper-ambitious Manhattan, where our narrator works as a blogger (as Oyler once did), and the lassitude of expat Berlin (where Oyler sometimes lives), the novel trains its peevish arrogance on the elite, educated, largely white Millennials who, like the author, populate Anglophone arts, culture, and academia. The anonymous narrator, who only “reluctantly . . . admit[s] to being a member of [her] generation,” keeps her distance from her peers, in part because their thinking is so contagious; politics, “takes,” and self-care routines are downloaded directly from the Twitter mainline. Another good title might have been Against Everyone I Know.

For a novel billed as hyper-contemporary, Fake Accounts is clever about renovating tradition. The interwar, expat template—need money; need documents; is socialism real yet?—is updated for an “extremely online” milieu by drawing a neat analogy between the scroll and contemporary Neukölln: time spent there isn’t “real,” at least for an expat sans responsibility.

The plot, picaresque, is a secondary concern, yet Oyler is adept at generating momentum. The early disappearance of boyfriend Felix, whom the narrator has recently discovered to be a right-wing Instagram conspiracy theorist, motivates a sudden move to Berlin: fresh start. There, the imminent expiration of her tourist visa, plus stymied attempts to establish more permanent residency, lend an undertow of drama to an unimpressed assessment of Berlin. But unlike New York, here she doesn’t “have to worry about constructing a public persona.”

Even when the potential for drama spikes, however, the novel’s emotional register remains flatlined; our narrator is never not in control. It helps that she’s surrounded by earnest idiots. (Felix, in a deft twist at the end, proves her only worthy intellectual opponent.) A coterie of dimwits sounds ripe for comedy (on leftists immediately after Trump’s election: “It was as if everyone had taken Introduction to Political Philosophy and wanted to impress the hot professor, who had grown up in the Soviet Union”), but choosing easy targets keeps the novel from being quite as funny as it could be.

I would have welcomed, for example, an element of the ridiculous. There’s a saying about first-person fiction: Who but a crazy person would talk for the length of a book? Amoral, narcissistic, un-Cuskian narrators are such excellent vehicles for the kind of absurd situations (lying on OkCupid dates, uncovering conspiracy theorists, a Greek chorus of ex-boyfriends) that furnish Fake Accounts precisely because they always show their cards; they are not in control of their brands, even as they delude themselves into thinking they are. The narrator of Fake Accounts, by contrast, reads as unsettlingly savvy, sane. She parses her experience with a lawyer’s logic—a good lawyer—as if every interaction were being digitally surveilled, documented, and stored, ready to be re-released as a kind of intellectual revenge porn. Which, isn’t it? This obsession with self-justification, however, is anathema to play, delight, or implication. No moment is allowed to resonate with what’s left unsaid, betraying a sense of anxiety over character motive, or else a calculated realism for online life. We get flowcharts on why she goes to Berlin, why she isn’t more horrified at uncovering Felix’s clandestine account—at every turn her decisions are hedged, including those I wouldn’t have questioned. This is what Twitter is all about, at least for those who dabble in virality: winning, yes, but also covering your tracks.

Fake Accounts has vacuumed up so much of the twitchy psychology of high-stakes social media that I’m less and less inclined to think of it is as a novel—even an “internet novel”—at all, not for lack of basic narrative elements, but for the “spell” it does, or doesn’t, cast. There are many ways to think about fiction, but if it is in part an “effort to enchant an audience,” as our narrator cheekily suggests, this requires, on some level, lulling the reader into unselfconsciousness: she must forget, however briefly, that an enchantment is underway.

Steeped so completely in the defensive patterns of being online, Fake Accounts conjures a different, if still familiar, feeling; you read less out of absorption than a kind of gossipy addiction, even as you feel the content, in the long run, might do you harm. Oyler seems to have broken ground on what you might call a book-length work of virtual realism—a true achievement of verisimilitude of being online.

The trouble is it’s hard to forget yourself in a world defined by self-consciousness. The basic referent for the e-realism of Fake Accounts is the internet’s “paranoid collectivity,” in particular, the fear of ceding your own individuality. The narrator’s last words to Felix pertain, fittingly, to competition and plagiarism: “That’s one of my tweets,” she says, referring to a quip he’s nicked from her Twitter profile and repurposed on Instagram.

Who needs Isherwood or tradition—by the end, what Fake Accounts most reminded me of, at least in spirit, was a slick, meme-able moment from the Blade Runner remake: one android stabs another and dashes off into the sea, pausing before she does to whisper to her victim: “I’m the best one.” Your liking for the book will probably depend on whether you think this sentiment, occupational hazard of being on the internet, translates to the novel form—which, it doesn’t not. But I hope—and this to Oyler’s immense credit, if getting there first is the ultimate prize—that it fails to start a trend. Some experiments are so conclusive they need only be conducted once.

Jessi Jezewska Stevens is the author of The Exhibition of Persephone Q. Her next novel is forthcoming from And Other Stories in 2022.