Nonfiction
In the Eye of the Wild

In her memoir, Nastassja Martin is attacked—and transformed—by a bear. 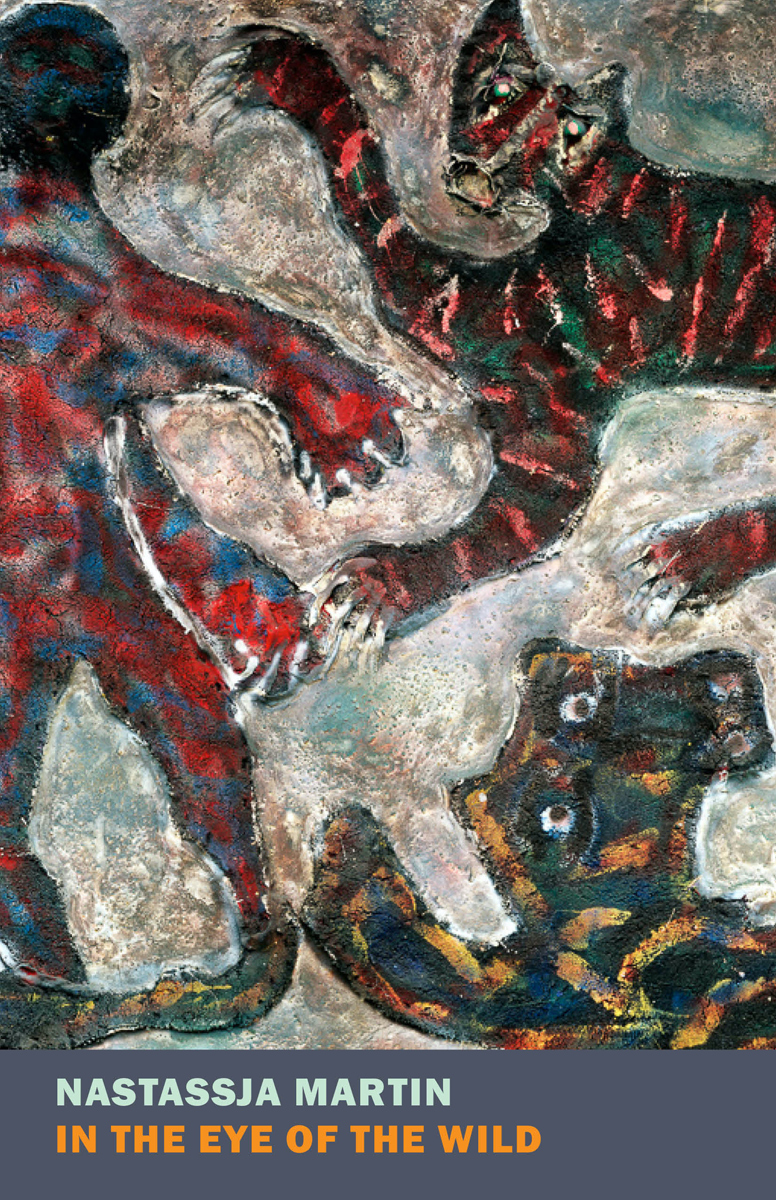 In August 2015, the French writer and anthropologist Nastassja Martin was on a two-week expedition in eastern Russia when she met a Kamchatka brown bear who slashed her face open and left with part of her right jaw. Astoundingly, Martin survived, though she believes her body and spirit to have been reborn, reassembled, in the wake of the attack. “I am this blurred figure,” she writes in In the Eye of the Wild, her account of the experience, “features subsumed beneath the open gulfs in my face, slicked over with internal tissue, fluid, and blood: it is a birth, for it is manifestly not a death.”

For Martin, the bear attack materialized—was even anticipated by—years of thinking and writing about human and nonhuman relations. She was twenty-nine at the time, her first scholarly monograph scheduled to be published the following year. That book, Les âmes sauvages (Wild Spirits), a study of the Alaskan Gwich’in community’s colonial resistance through eco-spirituality, would go on to win the Académie Francaise’s prize for new work in travel literature and anthropological studies. Martin’s second book, and her first published in English, translated from French by Sophie R. Lewis, In the Eye of the Wild is a slim volume of acutely personal, semi-academic nonfiction composed in lucid, compressed prose. Straddling the visceral and the cerebral, the book is at once a riveting memoir of a life-altering encounter with a wild animal and a heady exploration of borders and liminality; the self as it interacts with, and absorbs some part of, the other; and the limits of anthropology as a method of understanding all of this.

Captivating and eminently readable, In the Eye has sold tens of thousands of copies in France. We meet Martin as she lies alone, severely injured in the taiga, hemmed in by volcanoes and awaiting evacuation by Russian army helicopter. Divided into the four seasons of the year to come, her narration roams peripatetically to relate her treatment and recovery, analyze her dreams, and retrace the steps that led to the expedition that led to the encounter—“the crisis of my life.”

Martin has come to view that encounter not as an attack but as an entanglement, a kind of embrace. The bear’s “kiss,” she writes, was “intimate beyond anything I could have imagined.” Its grip enacts an exchange that facilitates her metamorphosis. The book, in turn, constitutes a grappling, as Martin takes us through the disassembly and eventual reformation of her self in generally short, diaristic entries. Among the most painful scenes are those capturing her powerlessness in the gulag-style clinic in Petropavlovsk where she is strapped to a bed for weeks, nourishment plunged into her stomach through a tube. Her recovery involved multiples surgeries at two Russian, then two French medical centers—“my jaw is made the scene of a Franco-Russian medical cold war,” she remarks wryly.

Given the intensity and duration of Martin’s ordeal, there’s an astonishing absence of self-pity here. Nor is there any flimsy moral to the story. As Martin stretches to find meaning for her ordeal, she rejects the compulsion to reduce it to symbol. In the West, she notes, the bear might represent strength and courage; wildness; love; power; retreat. Her disfigurement: sacrifice. She is similarly dissatisfied by her Even friends’ interpretations, who read her survival as the bear’s gift. The symbolism “catches up with me even when I reject it, and it’s wearying me profoundly.”

This tug-of-war around meaning-making and meaning-refusal becomes the central tension in the book, which swivels decisively away from the familiar, Christianity-encoded narrative of suffering and redemption that organizes so many Western memoirs of trauma. Martin chooses instead to tell a story of metamorphosis, one supported by the belief systems of the Indigenous communities she has lived with. For the Gwich’in of Fort Yukon and the Evens of Kamchatka, the nonhuman world is a densely populated network of beings: for them, the forest holds “a potency,” she explains, “an intention unrelated to humanity.” Martin outlines the subfield of anthropology devoted to animism, the understanding that our lives are shaped by the ongoing exchange between the human and the nonhuman, and situates her own work in this branch.

Now, coming away from her encounter hybridized, a half-human, half-bear self, or medka—an Even word meaning “she who lives between the worlds”—Martin is shaken by the implications for her work. In becoming medka, it would seem, she has been pulled into the mythologies she has written about; any pretense of critical distance has collapsed. “In Alaska, I wrote these things,” she observes. “In Kamchatka, they happened to me.”

But inhabiting liminality is not new for Martin: it is, one might venture, the prevailing condition of the anthropologist who traverses cultural worlds. While Martin has been recognized for the fullness of her relationships with the communities in which she has immersed herself, she does not offer much reflection here on her position as a white French woman studying Indigenous communities in Russia’s Far East. At one point, she describes being rebuffed by an Even friend’s cousin, who calls her “anthropologist, spy, same thing.” Martin dismisses the comment as residue from East-West conflicts (and it’s true this isn’t the only time she is suspected of being a French intelligence agent). In doing so, she overlooks another reading, that the anthropologist is necessarily a kind of spy: the outsider looking in, the mediator between worlds. In this case, the Western academic authority translating Far East–based Indigenous cultures for a Western reader.

In the wake of the bear attack, she reflects, “the forms I’ve known as mine are falling away.” Determining that her medka condition requires a return to Kamchatka, she sets off as soon as the doctors clear her. There, she deepens her connection to the forest, to the Evens, and, ultimately, to anthropology. Asserting renewed faith in the field, she reframes her methodological approach as a somatic exchange between worlds: “I go close, I am gripped, I move away again or I escape. I come back, I grasp, I translate. What comes from others, goes through my body, and then goes who knows where.” Here anthropology itself gets reconfigured—as an intimate, uncertain embrace that invites upheaval and, finally, change.

Megan Milks is the author of the novel Margaret and the Mystery of the Missing Body and Slug and Other Stories, both out now from Feminist Press.