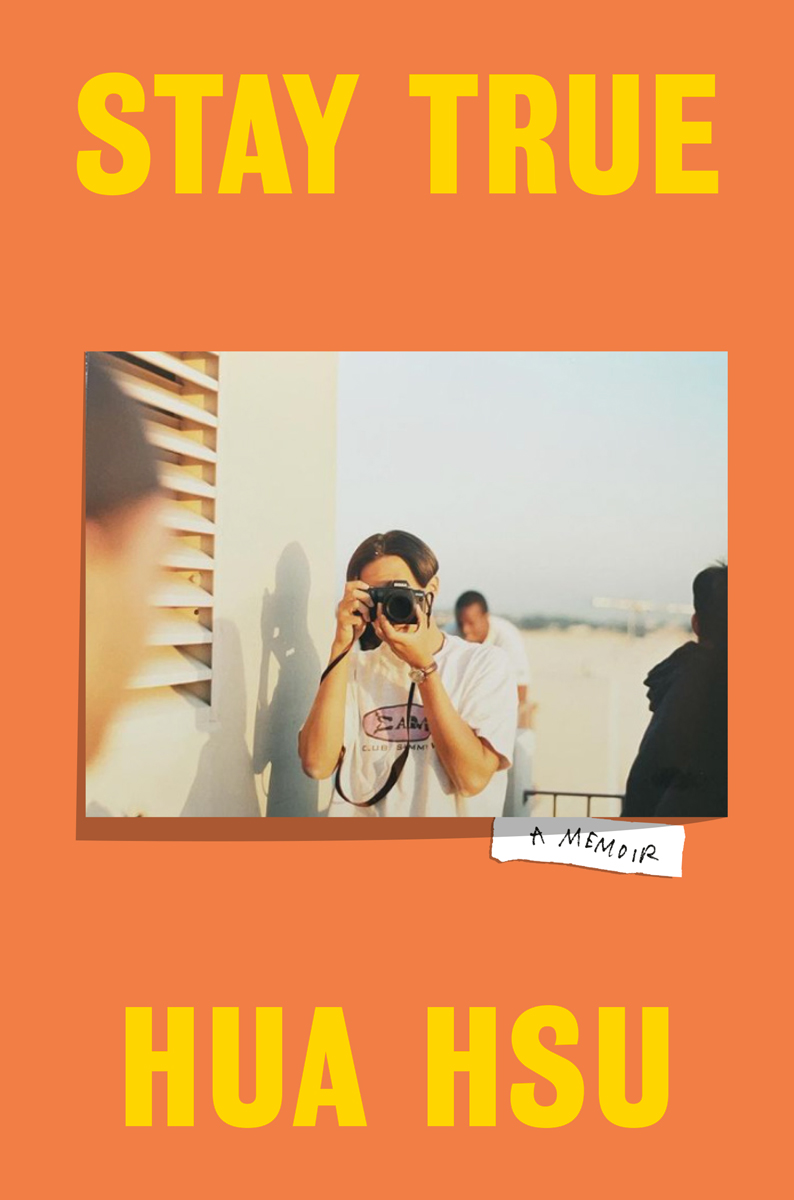 When someone dies young, it’s hard to get an awful image or two out of your head. In Hua Hsu’s new book, one such moment is described in a legal document that Hsu finds online. It details how his close college friend was abducted and ordered into the trunk of his own car, robbed, and killed. The crime is random, petty, and careless. Six merciless words—“he had begged for his life”—appear on page 178 of Hsu’s memoir and threaten to blot out everything that came before. That, of course, runs counter to the author’s intentions. He gives us this cold account after documenting warm memory after warm memory of his buddy, Ken, vividly conjuring him through writing, a process that began almost immediately after the murder and continued for twenty-four years, culminating in Stay True.

The book is Hsu’s remembrance of coming of age—as a son of Taiwanese immigrants, a college student in Berkeley, a writer, and a stunned mourner who wants to tell Ken’s story but doesn’t want to accept the fact that the living get the last word. The book’s two-decades-plus gestation hints at the task’s difficulty: remembering Ken joyfully but not sentimentally and enacting some catharsis without cliché. Plus, Hsu has to portray his youth without nostalgia, his collegiate inchoateness without disdain, and the life-affirming anachronisms of a lost era (zines, film photos, cheap records) without mentioning that it was all somehow better than TikTok. Maybe most difficult of all, Hsu has to find a new angle on an old, harassing idea: that he is somehow responsible for what happened to Ken. He believes he shouldn’t have left Ken at the party he was later kidnapped outside of. Hsu insists to a school therapist, “I should have stayed. I could have done something,” despite the clear evidence to the contrary. Grief and guilt shadow even the sunniest parts of Stay True. Still, Hsu decides he can do something. For years, he’s been saving this up. It’s time to offer the world a loving, finely observed portrait of Ken and of their contingent, gentle, tragic friendship: “I loved walking with him. A mismatched pair moving through the world. We noticed the same things, taking in the small moments of everyday beauty and weirdness, like the distinctive, guttural way the man at the pizza place yelled, ‘Hot! Cheese! Pizza!’ at passersby.”

The odd couple first officially meet when Ken asks Hua for help picking out clothes. Ken’s a Japanese American frat boy in polos and ball caps, while Hsu is self-consciously “alternative,” seduced by Nirvana’s Nevermind at age thirteen and destined to attend class in grandpa cardigans and ironic belts. Hua starts to like Ken, deciding he must be truly perceptive because he wants to emulate Hua’s misunderstood cool. (Actually, Ken was only trying to outfit himself garishly for a ’70s-themed frat party.) Great partnerships have been founded on far less, and the two start their perpetual dialogue while pretending to smoke, until the act became real and they become both smokers and confidantes: “Lighting a cigarette starts a timer,” Hsu writes. “We had to commence discussion of serious matters, accelerate the chitchat toward its most intimate intensities.”

Intimate, here, means starting a conversation about movies, music, crushes, imagined futures, and then seeing how far they could take it. Mostly, Hua and Ken just love hanging out—studying, driving, blabbing—and, like all ’90s guys, they write a movie script together. Ken has a great gift for friendship, as Derrida, via a college-age Hsu besotted with deconstruction, would define it: he’s someone who “would ‘choose knowing rather than being known.’ ” And Ken knows Hua, as he playfully deflates his harmless pretensions and gamely passes him gummy bears in the library. He knows, before Hua does, that Hua needs a desk tray to store the addresses and phone numbers of his zine readers—an unusually thoughtful gift from someone so young. What would Hua be without him? Ken even encourages him to buy a box set of the Beach Boys’ Pet Sounds because he understood, better than anyone, that Hua needed seven versions of “God Only Knows,” a song whose harmonies come to haunt him. It’s hard not to see the birth of Hua Hsu, the esteemed New Yorker critic, in this purchase.

Ken and Hua should have had many more days and nights together, but they didn’t, so one stands out. After a trip to CD City, where Hsu picks up “a Biz Markie tape but little else of note,” Ken mentions Berry Gordy’s The Last Dragon, an indescribably absurd ’80s kung-fu romance with musical numbers and a climactic scene in a fortune-cookie factory run by a computer named “Sum Dum Goy.” Hsu writes, “The Last Dragon was a commentary on authenticity, the porousness of identity, the joyful, postmodern possibilities of mixing and matching Asian and Black cultures! Maybe it wasn’t, but we stayed up well into morning dissecting it as though it held the key to our world.” They spin theories until Hua notices “the orange-purple hue” of dawn.

The Last Dragon, and the movie they wrote as an homage, Barry Gordy’s IMBROGLIO, become key parts of Hsu’s canon. Just as influential is Edward Hallett Carr’s 1961 book What Is History?, which provides one of Stay True’s epigraphs. Ken spots a copy while shopping for textbooks. Hua skims the back cover and quickly dismisses the main idea as something everyone already knows, wedging a Hegel paraphrase into his brush-off, and concluding, “History is a tale we tell, not a perfect account of reality . . . You just have to figure out whether you trust the storyteller.” Passages like this make us trust Hsu as a narrator. He portrays college-age Hua’s naïve brilliance convincingly but without the self-importance or bullying many writers subject their younger selves to. Carr argued that history is hopelessly knotted with the present and the future: the past can’t be understood until later, when readers and historians project their own hopes for the future onto it. But no narrative of Ken’s life can change what happened. When Hua reads Ken’s annotated copy of What Is History?, he’s touched that Ken has underlined the same passages he would have, “not the obvious thesis statements, but Carr’s playful digressions.” In this reading, their conversation continues, until it can’t anymore. Underneath the book’s final sentences, Ken concludes his thoughts on history with two words in smudged red ink, so smudged that Hsu can’t ever make them out.

David O’Neill is a teacher at Catapult and editor of Bookforum living in Connecticut. He coedited Weight of the Earth: The Tape Journals of David Wojnarowicz, published by Semiotext(e) in 2018.