What kinds of people are obsessed by 78rpm gramophone records? Ian Nagoski loves to listen to 78s, is a scholar of 78s, and owns the record label Canary, which, since 2009, has been reissuing themed collections of early-twentieth-century 78s: if he doesn’t know, no one does. “They’re looking at the world and seeing it as untenable,” he reflects. “The world is sick. And yet here is this thing that affirms that there’s something about it that’s beautiful. But it’s forgotten, or lost, or separate from day-to-day reality. But if you could just put it back together, then you could reconstruct this gone world, this kind of life that was once worth living, and make that into your own life, and then it would be okay or tolerable for you.”

It’s possible that you’ll snort at such claims (this one in Amanda Petrusich’s 2014 Do Not Sell at Any Price: The Wild, Obsessive Hunt for the World’s Rarest 78rpm Records) and dismiss them as overwrought and silly. But if you harbor a distrust of the immateriality of streaming and MP3s; if you love the tactility, the smell, and perhaps even the acoustic qualities of analogue recordings; if one of the first things you do when going to a party is to rifle through the hosts’ shelves looking for unusual items that may offer insights into their personalities—well, chances are you’re the kind of person who’s going to be drawn to 78rpm, Joel Schlemowitz’s new documentary about the history, uses, and sometimes strange fans of gramophone discs.

Here’s Michael Cumella, a seemingly affable radio presenter, arguing that an interest in 78s is linked to humans’ desire to “connect with the dead,” and talking about “a reverse universe” that comes into being when needle meets record. Here’s a record collector named Jim Schulman going into a reverie about how, with 78s, there is “almost a quality of being a sonic hologram”; “the sound,” he says, “seems to hang in mid-air: you have to be in the room to experience this.” And here’s Loren Schoenberg, from the National Jazz Museum in Harlem, describing what happens if you listen to a 78 record from early in the twentieth century: “You’re breathing in the air of 1904.” That all of these men are talking to the camera directly—breaking the fourth wall, not unlike the subjects of Errol Morris’s films—makes them seem more oddsome still.

Time is the film’s central theme. The title itself involves time—the number of revolutions per minute it takes to extract information from the discs and transmit it through the trumpet. But there’s more to it than that; for some of the interviewees, 78s seem to represent a purer age, an antidote to vulgar modernity. The heaviness of the discs imbues them with a kind of morality, a stability that stands in contrast to the flimsiness of modern society, the inbuilt obsolescence of so many of its technologies, its theology of upgrade or die. 78s, I was surprised to learn, did not disappear after World War Two; in East Africa they were commonplace until the early 1960s, in India until 1970, in Colombia until the late 1970s.

That said, 78s are also brittle (one of the collectors in the documentary has installed small chains across his record shelves so that, in the event of an earth tremor, they don’t slide off and smash). For every Caruso disc that sold millions, there were many other discs that were produced in tiny editions, sold poorly, and were chucked. The scarcity of these records makes them covetable to collectors, but it also leads some of them to think of themselves not so much as owners but as temporary custodians. If the discs are portals to the past, their owners are portals to potential futures in which the music has the power to magic and ensorcell new generations of listeners.

In recent years, not a few filmmakers have been drawn to the storytelling potential in 78s. Ghost World (2001), directed by gramophone obsessive Terry Zwigoff, was a darkly comic coming-of-age tale about two teenage girls (played by Thora Birch and Scarlett Johansson) whose social maladaptation is evidenced by their relationship with a 78 collector (Steve Buscemi). Desperate Man Blues (2003) chronicled the life and accomplishments of famed blues and hillbilly collector Joe Bussard. Best of all, German director Philip Scheffner’s The Halfmoon Files (2007) was a self-proclaimed ghost story that attempts to discover more about the life of Mall Singh, an Indian prisoner of war held in a World War One German camp, whose otherworldly speaking voice was recorded on a single shellac disc. 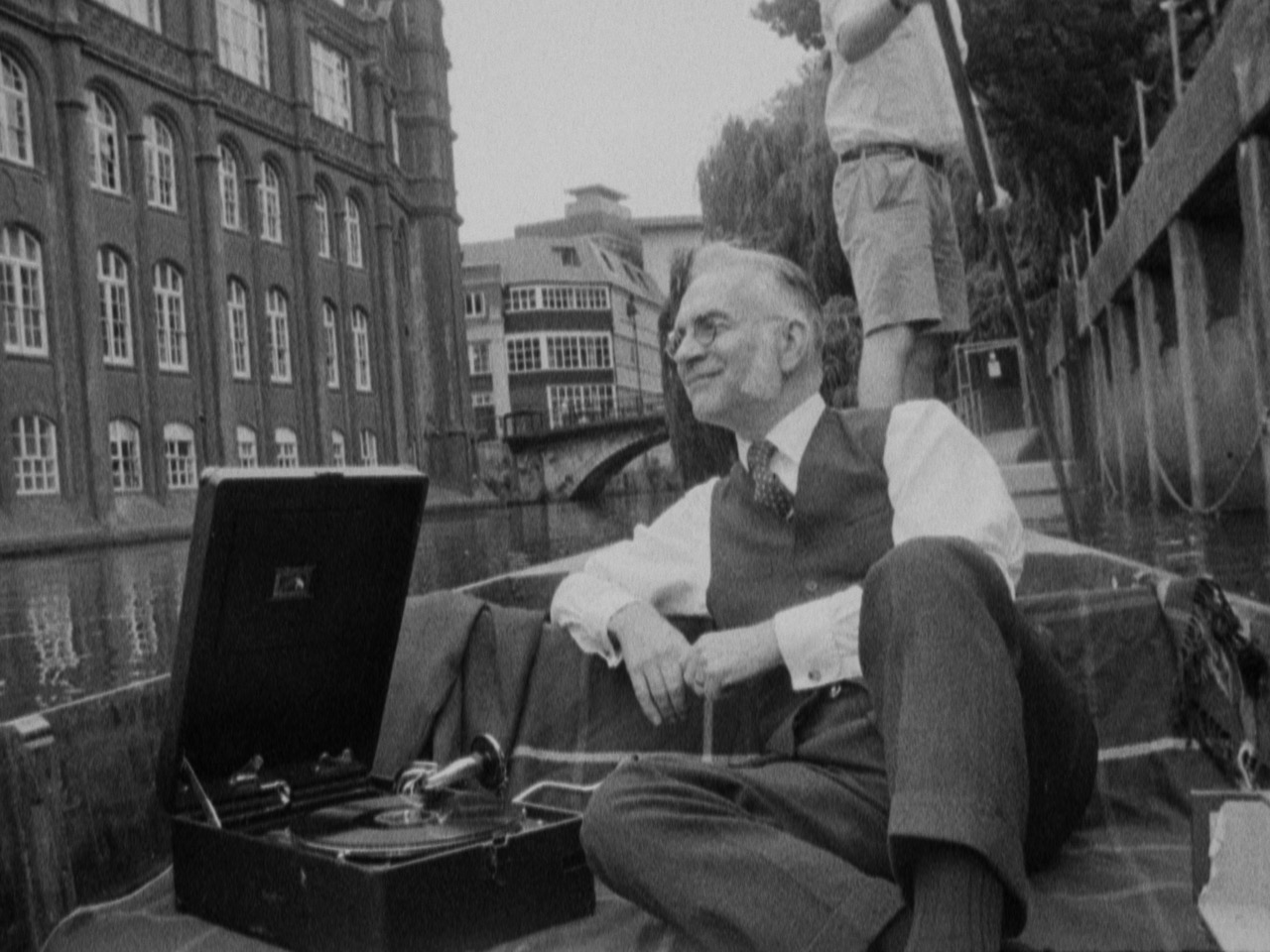 Rather than pursue a particular line of argument, Schlemowitz fashions his film as an anthology. He features collectors who discuss the dramas and disappointments of tracking down obscure discs in rural America; a guy, running a Victrola repair service, who enumerates some of the mechanical aspects of the playing devices; contemporary musicians such as DJ Foxtrot Fanny and DJ 78 (a.k.a Dave Guttridge) on the fun and oddity of spinning 78s live; Rani Singh, director of the Harry Smith Archives, on the way that iconic figure constructed an alternative America, an alternative cosmological system even, from 78s.

Schlemowitz’s film is itself a temporal waltz: it’s been made with a 1960s Bolex camera and new 16mm black-and-white film stock scanned by the very modern Kinetta company. It’s light-hearted, features puppetry and dance sequences, and includes many a delightful tune—among them Vess L. Ossman’s “A Little Bit of Everything” (1912) and Jack Chapman and His Orchestra’s “Dreaming of a Castle in the Air” (1925). Perhaps it’s too genial. I found myself missing the meditative qualities of The Halfmoon Files or records by The Caretaker, which repurpose crooner Al Bowlly’s 78s from the 1930s to create moody, disturbing soundtracks that are less about memory as emotionally exhausting exercises in memory. 78rpm is full of melodies, but it could do with more dirt and crackle.