Unmade beds, Warhol’s Factory, the open road: the Museum of Modern Art hosts a retrospective of the prolific photographer. 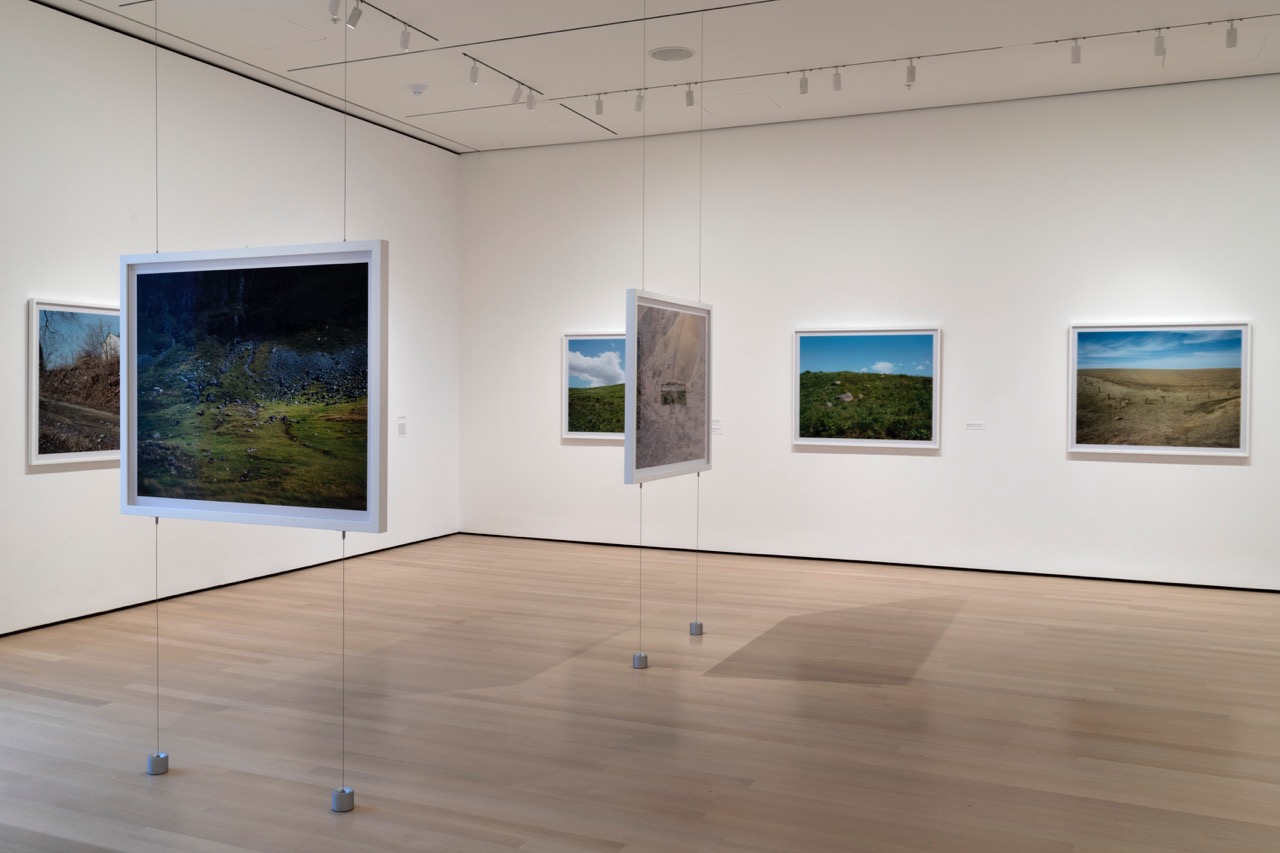 Retrospectives can be strange events for artists. Some don’t want one, fearing it might prematurely close the book on their work. At seventy, Stephen Shore is adding pages to his—Instagram and iPhone pictures. His need for discovery, novel experiences, drives his work—him, really. His concentration on a subject is intense, single-minded, like his spending three years fly-fishing. It is easier to understand the pursuit of pictures than fly-fishing, from my point of view.

Shore’s MoMA retrospective is massive, room after room of his photographs in chronological order from childhood to the present. Generously, exhaustively, the curators have tracked his work through all of its photographic phases and ideas—early “art photography” (a now-dead genre); conceptual- and minimalist-influenced pictures; landscapes; snapshots; diaristic and commercial work, and more. Shore’s art advanced, and was coincident with, major and incremental shifts in photography. His retrospective could serve as a survey of American photography, from mid-twentieth century to the second decade of the twenty-first. 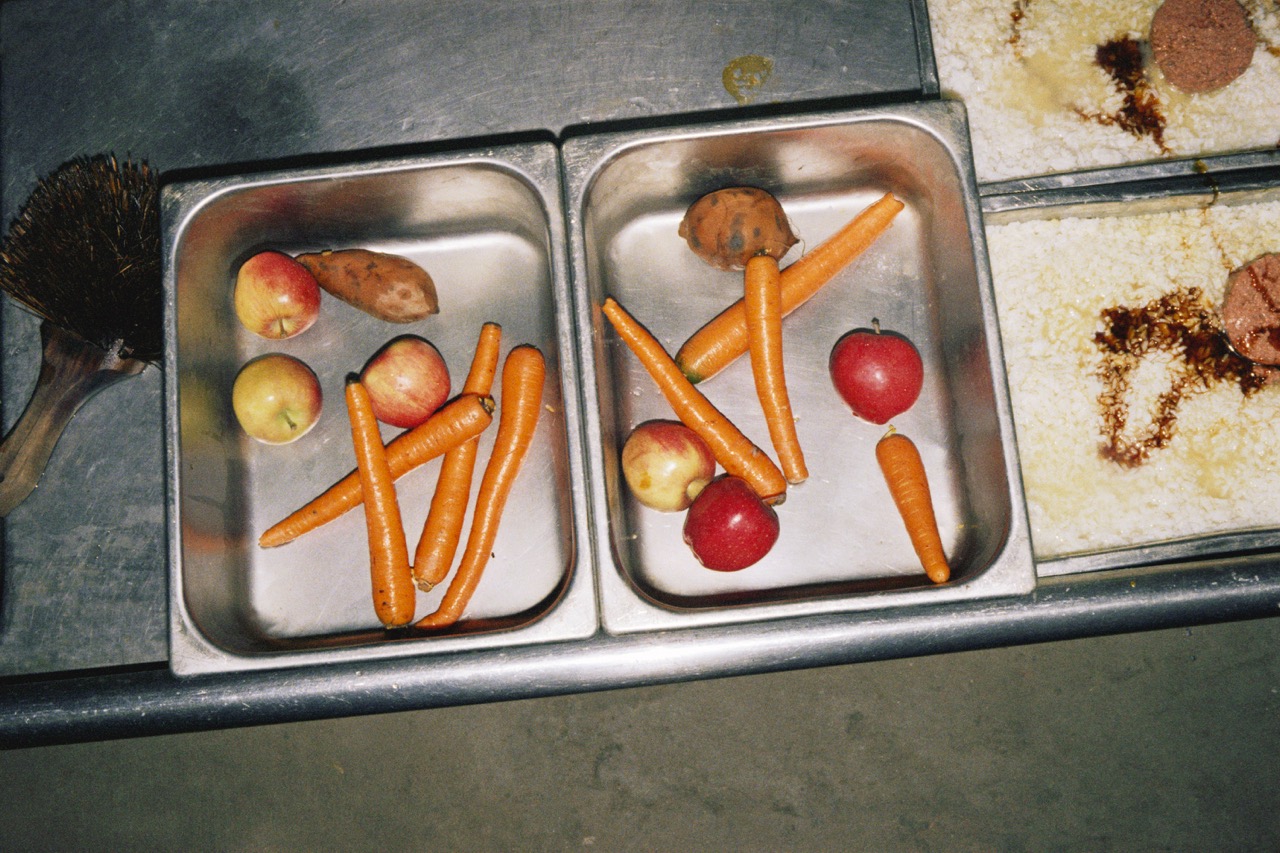 Shore might be a picture prodigy: when he was fourteen, he phoned Edward Steichen, the first head of photography at MoMA, to show him his work. They met, and Steichen bought three pictures. From ages seventeen to nineteen, Shore hung out at Warhol’s Factory, photographing the scene. He dropped out of high school, didn’t attend college. He took to the road in 1969, focusing primarily on moments on his journey, ephemera, candid shots. And, unmade beds in motel rooms, TV screens, breakfasts in diners, friends he visited along the way. Not decisive moments, maybe “before or after” moments, casual and fleeting, seemingly out of time. The series that resulted, American Surfaces (1972–73), was unique, surprising, unlike what “serious” photographers were doing then. 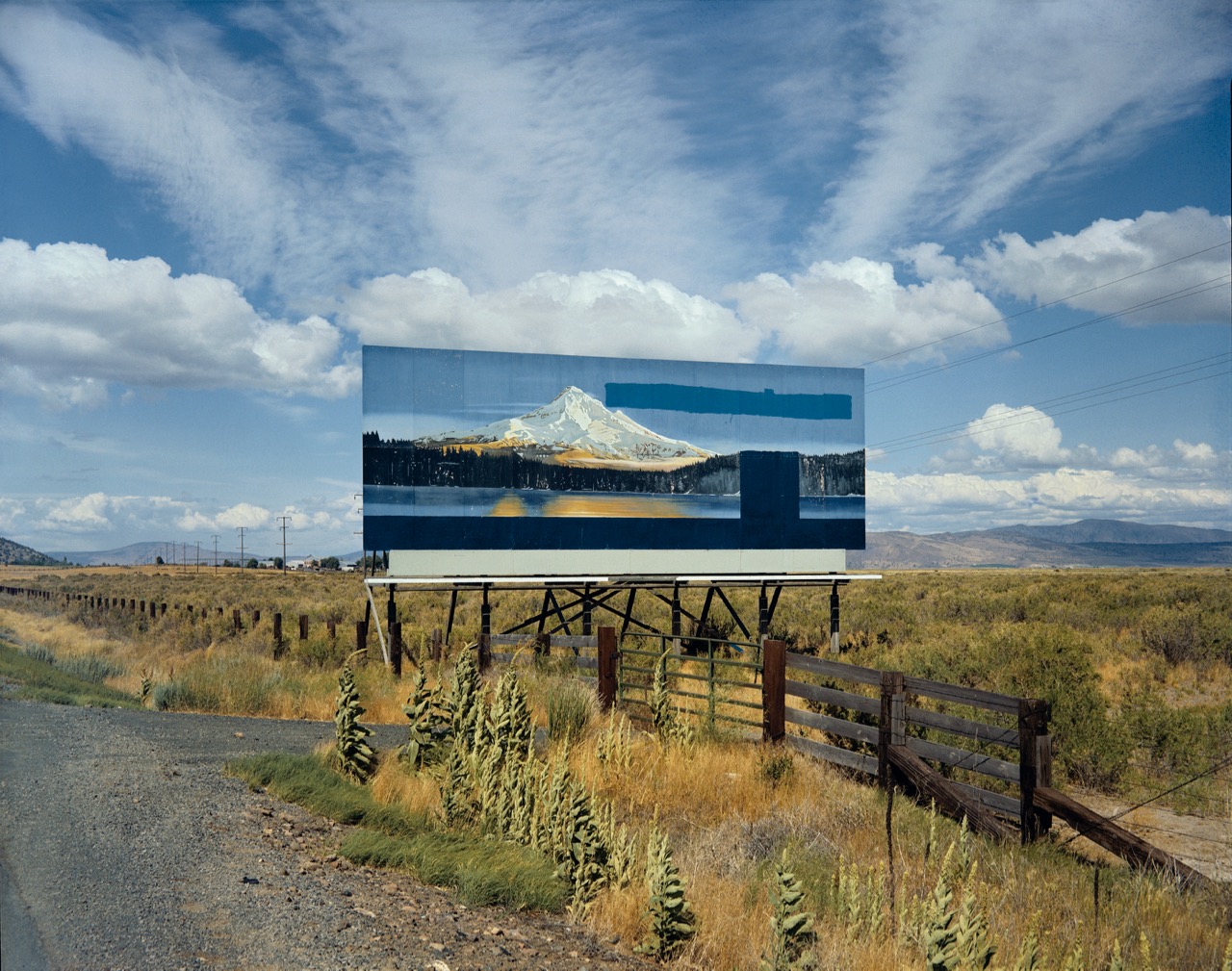 With his second road series, Uncommon Places (1973–82), Shore studied the architecture of small towns, city streets, random individuals or groups walking or stopped at traffic lights. His rigorous compositions addressed the choreography of movement and stasis, shapes and colors; he noticed visual patterns everywhere. Color relationships, especially, informed his pictures. With this series, Shore changed perceptions about what photographic art is. “Art” had been, primarily, in black and white, but Shore, along with William Eggleston and Joel Meyerowitz, conclusively dismantled that formulation.

From the beginning of his career, Shore would perceive a design in the visually haphazard, and shoot for it. Through his eye’s logic, seeing the harmonics of color, the geometries in spaces, the unimpressive became impressive.

Shore’s range is massive, like his retrospective. Most likely, it results from his need to experiment, which is de rigueur, implicit in his practice and inherent in every body of work. In that sense, the experiment is always part of his content.

One early example is his double-double portrait of his parents (1970). At first it appears humorous, a visual pun, and it is, also. His mother and father are dressed in one, and, in the other, in the same pose they are in their underwear, but not naked. Shore wittily, drolly, is suggesting that portraiture is not revelatory. Dressed or undressed, his parents aren’t exposed, even with greater “exposure,” shorn of outerwear. Their characters aren’t revealed, something substantive about them does not arise from beneath the surface. Obviously, a photograph is one-dimensional, all surface.

The portraits become oddly poignant, not for what they reveal but for what they don’t. Most children hope to “see” their parents, know more about them, find out their secrets, or much more than they have been told. Shore might be commenting on that also. An essential question or problem for him is: What do, what can, pictures tell us?

In 1971, at 98 Greene Street Loft, Shore curated All the Meat You Can Eat. It was conceived as a kind of glossary of American images—found photographs, crime scenes, pornographic and other images not hung on gallery walls, then. Shore’s curatorial decisions were inclusive, provocative, and meant to break rules. Not your usual gallery show of art photographs but photography in all its manifestations.

Taking an anthropological and anti-aesthetic approach, Shore chose the pictures, not for their particular value, beauty, but nearly the opposite: they existed in the world that people look at every day. All the Meat You Can Eat proposed the world as composed of images; that the world might only be an image. In advance of many artists and theorists, Shore promulgated the concept of visual culture, the notion that “we live in a glut of images,” and images r us. 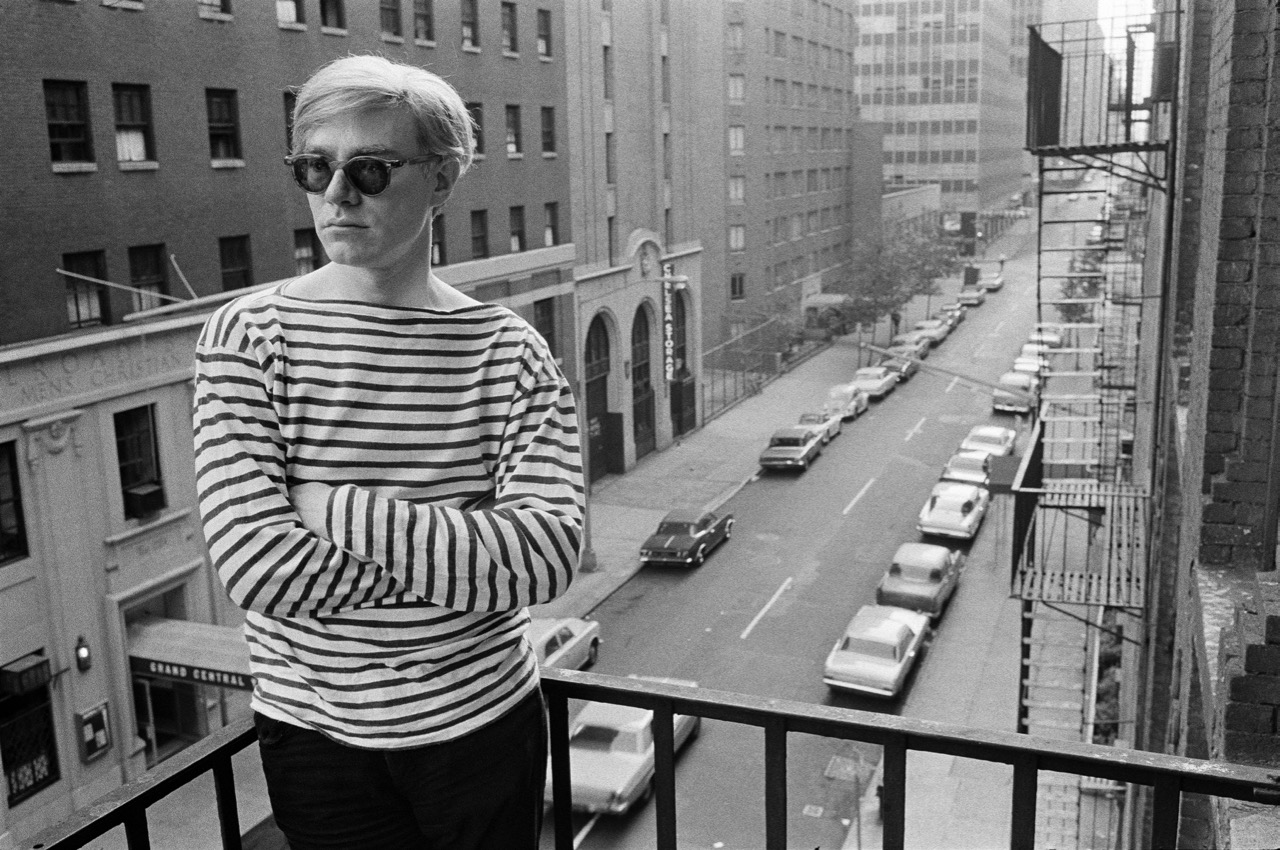 Walker Evans is usually cited as Shore’s greatest mentor or influence, but All the Meat You Can Eat was conceptually Warholian. In 1993, Shore asked me to write a book about his Factory photographs (The Velvet Years: Warhol’s Factory 1965–1967, Thunder’s Mouth Press, 1995). Shore wasn’t thinking about Warhol, he told me, but had been commissioned to make a book of his Velvet Underground photographs. Shore decided to do his Factory photographs, which included the Velvets. Without realizing it, in the 1960s he had apprenticed himself to Warhol, whose art embraced the quotidian.

Many of Shore’s black-and-white Factory pictures are group portraits, the Factory habitués posing or mugging for the camera. Later, Shore would mostly photograph people as part of a landscape or cityscape. His photographs include or refer to people in the sense that they are outside the frame, and Shore is as engaged in what is outside the frame—excluded—as he is in what is included, inside it. How does what’s excluded make a picture? How does a viewer make the picture?

Writer Harry Mathews said that a writer is his or her own first reader. What does Shore want to see and know? Can he ever find it in a photograph? Shore could be in pursuit of something that might define photography, what its relevance is since its invention in the early nineteenth century. 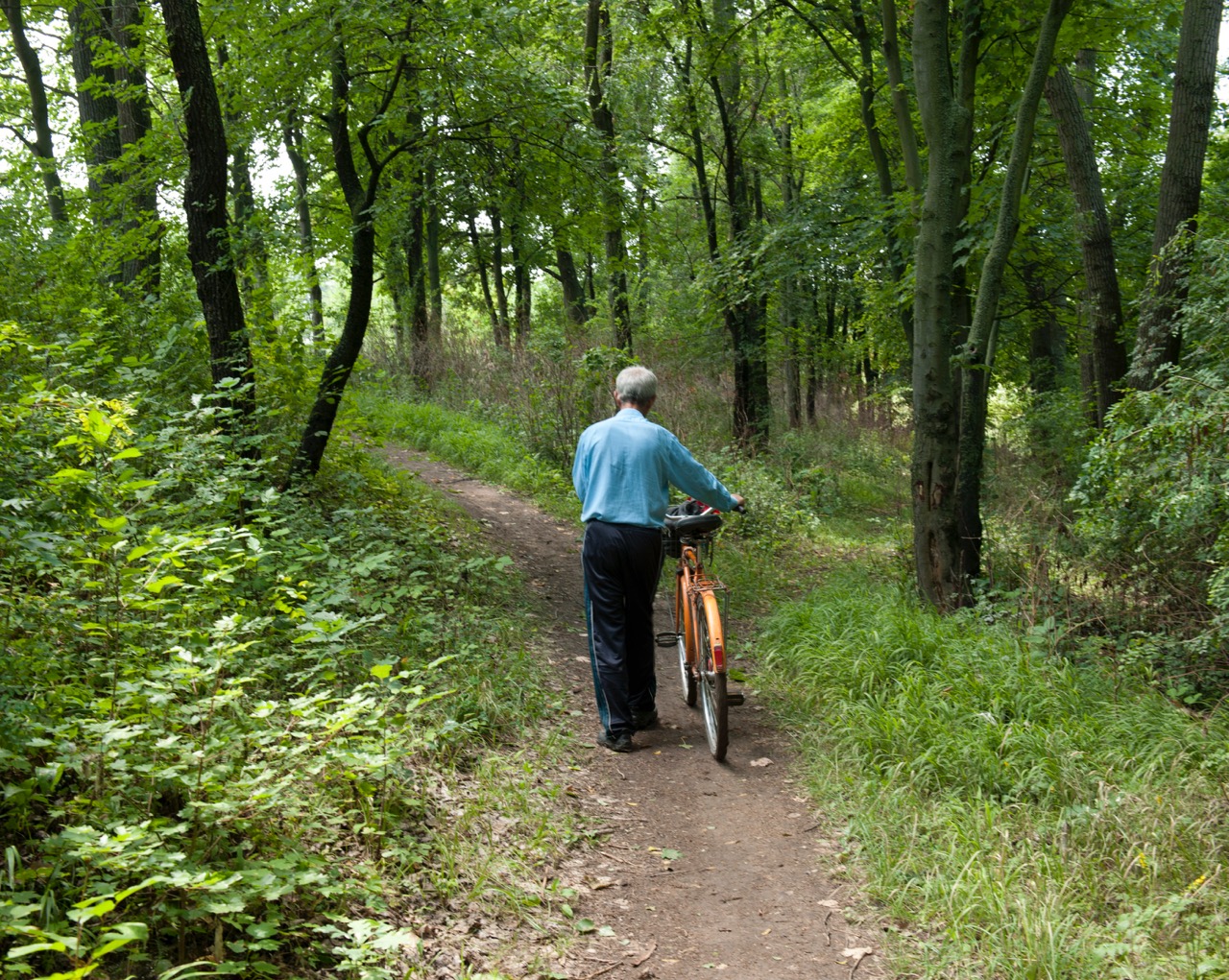 In a recent series, also published as the book Survivors in Ukraine, Shore’s experiment was to focus on the human body. His grandfather had emigrated from Ukraine to New York in the late nineteenth century. While that might seem a reason for why the photographs look quite different from his other bodies of work, that is not an explanation for how he achieves or executes that difference; execution is different from intention. In this series, the colors are soft, the picture planes seem fuller as if every centimeter is covered, the pictures have a supple quality. Shore shoots hands, and faces, close up. Books covered with dust, close up. The angles or geometry of spaces are less present. Maybe for these reasons an intimacy pervades the work. I can, as a writer, suggest what I see and why, but how that is achieved by Stephen Shore remains a mystery to me.

Some critics call Shore a formalist, and it’s true that a formalism undergirds the construction of his images. Shore’s formalism foregrounds his belief in the ineluctability of a picture’s inconclusiveness, of its undecidability, in a sense, of its openness to various points of view.

Stephen Shore’s historical place and prominence result from his unique capture of so-called “ordinary life,” and re-imagining of possible realities through his lens. His work is so much more than beautiful pictures, but they are that, also.

Lynne Tillman is a novelist, short story writer, and critic. Her most recent short story collection is The Complete Madame Realism and Other Stories (Semiotext(e), 2016). In March 2018, her new novel, her sixth, Men and Apparitions, will be published by Soft Skull Press.