Literature
In the Watchful City

Into the Gleaming: a modern myth from S. Qiouyi Lu. 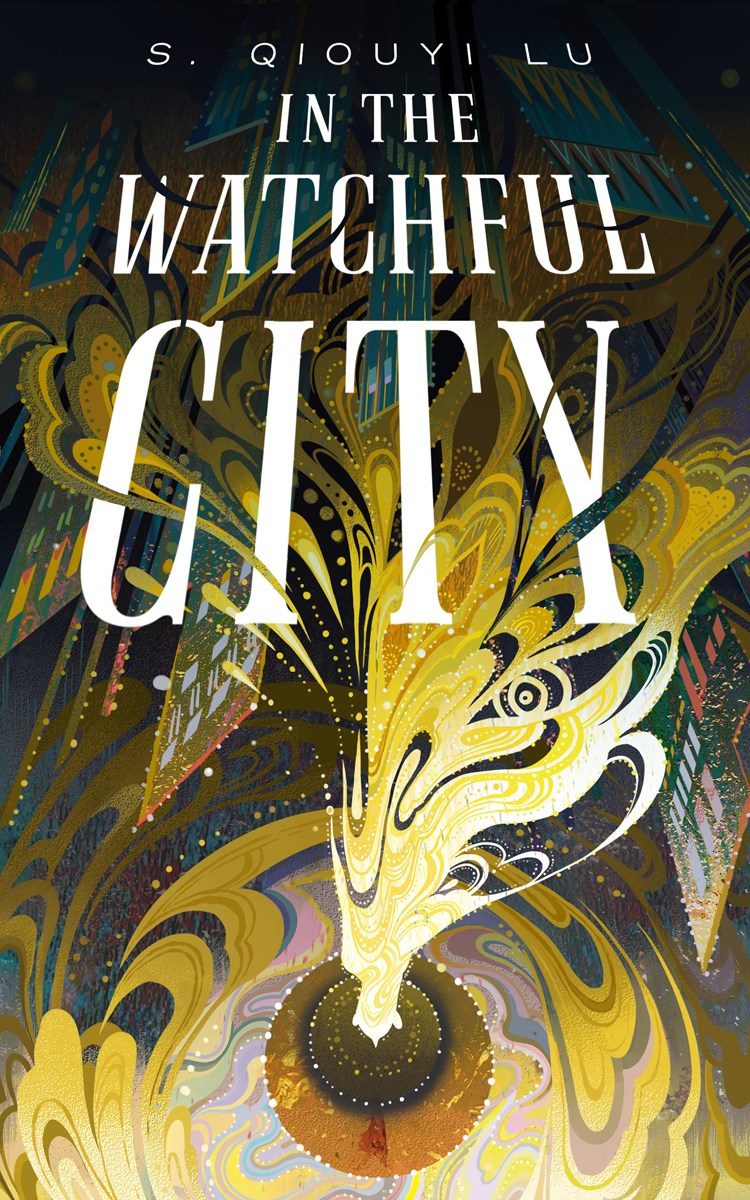 S. Qiouyi Lu’s In the Watchful City comes billed as a novella, but that’s too neat for a book that seeks to push the limits of form. On the one hand, it tells the story of Anima, who lives connected to a neural network called the Gleaming. “Time does not exist in the Gleaming,” Lu writes. “It is an eternal moment, infinitesimally small slices of the present integrating into the calculus of being. There is no past or future, only now, only breath and blood, bone and sinew, muscle and neuron. The Gleaming is a sea in the mind; the Gleaming is a collective dream; the Gleaming is the space within.” Imagine the collective unconscious, dimensionalized.

On the other hand, In the Watchful City unfolds as a series of nested narratives—Anima’s, which comes to us in pieces, but also those Amina hears from a character known as Vessel, who has arrived in Ora (the watchful city of the title) bearing a qíjìtáng, a wonder cabinet of sorts that contains not only artifacts but also the experiences they represent. Choose an item and Vessel shares its saga. But “in order to see the collection,” Vessel cautions, “you must promise to add an item to it. Are you willing to do so?” Much of the movement of the novella involves the back-and-forth between stories from the qíjìtáng and the process by which Anima’s are unveiled.

Lu is an exhilarating writer; let’s acknowledge that outright. I first read Lu’s work in Denise Hamilton’s anthology Speculative Los Angeles, which appeared earlier this year. Lu’s story there, “Where There Are Cities, These Dissolve Too,” is a deft bit of cyberpunk, set in an industrial wasteland where human-driven bots engage in quasi-legal gladiator fights. The stakes are high, having to do not just with survival but also love. Something similar might be observed of In the Watchful City. Anima is a node, which means being a watcher and protector, plugged into the Gleaming via a stem that grows from a vast tree called the Hub. Lu describes the Hub as “the heart that powers the entire city.” But if that makes for a vivid metaphor, in the universe of the novella this is both a blessing and a curse.

As for the first, it affords Anima an almost superhuman omniscience, as well as the ability to body hop, which allows the character to take over the minds and bodies of any nonhuman creature—birds, lizards, dogs, voles—in any quarter of the city. This, it turns out, is the only way for Anima to assist residents who are in trouble or pursue those who have violated Ora’s arcane codes because nodes are also required to remain essentially immobile, always joined up to the tree. The contradiction sits at the center of In the Watchful City, which is a book that asks essential questions about autonomy and what it means. If everyone is linked via the Gleaming, can anyone be fully free? “I give and I give,” Anima laments. “I give until even the boundaries of my body are gone. I give, and I ask nothing in return. . . . Nothing but to be helpful. To better our broken world. Yet I can’t even do that.”

What Lu is addressing is a problem with which all of us are well familiar, living as we do in a hyper-networked world. Yet In the Watchful City is no mere allegory. Instead, it is a modern myth, echoing the contemporary without commenting on it directly. It’s a strategy that Lu explores most profoundly in the use of pronouns, which are fluid and inventive throughout the book. Each of the central characters has their own: ae for Anima, se for Vessel, e for a node named Enigma. It is a brilliant and invigorating move. In a city such as Ora, where all are part of a common grid, where does individuality reside? Perhaps only in the names by which we recognize ourselves. Autonomy as the seedbed for identity, in other words.

The pronouns serve another purpose, which is to remind us of language as a living texture. It’s a notion Lu makes explicit in the weave of stories—and of voices—that flow through the book. As Anima interacts with Vessel, ae selects a number of objects: a marionette, a game piece called a skycup, a bundle of letters, “a single fish scale, not even a pretty color—just a dull gray.” Each comes with its own narrative, which Vessel shares. Anima offers aer own story also, an origin myth of sorts, and wrestles with the responsibility of contributing a memento to the qíjìtáng. This will be the final “specimen,” after which it will be full and Vessel, who has been condemned to limbo, will be restored to free, unfettered life.

Lu is not implying that stories save us, but that they enlarge us, that life is incomplete, indifferent even, without their animating force. This doesn’t mean they all have happy endings; many of the narratives here are marked by tragedy: betrayal, bad magic, insurrection, self-harm. Anima aerself is shaken by a suicide æ can’t prevent, that of a young woman who walks into the ocean. “What good is a city,” æ wonders, “. . . if it can’t prevent one of its own citizens from killing herself?”

Still, as Lu understands, that is not the only reason stories are important. They are also a gift, a gesture of inclusion, individual and communal at once. They are a means by which we see one another, and in so doing, reveal ourselves. This is the point of Lu’s exquisite book. “We will never know who someone else truly is,” Vessel reflects. “We are still bounded by the limits of the material world. We still cannot enter someone’s soul to navigate the interior sea of the mind. But we can take a moment, a story, that illuminates their spirit, if only one facet. Yet that is what makes life the brilliant gem that it is: the collection of all those facets into a prism. A lens.”