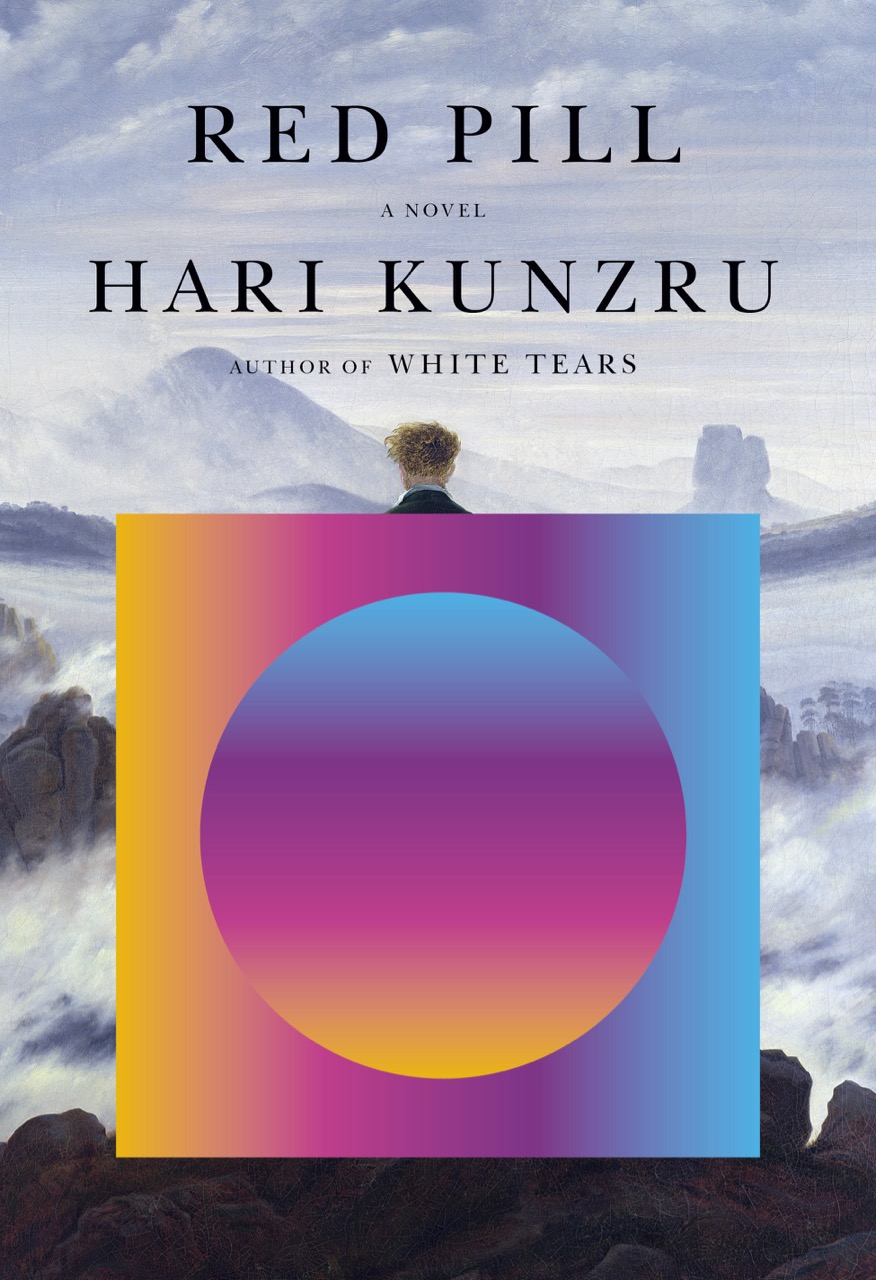 Early in Hari Kunzru’s sixth novel, Red Pill, the unnamed narrator, a writer on a fellowship at a German research center, finds himself in a dinner table confrontation with another fellow, a blowhard with an endowed chair and “the air of a prosperous pirate.” It’s the sort of uncomfortable, or loaded, situation at which Kunzru excels. Asked about his work, the narrator stumbles; he no longer recognizes, if he ever did, what he is doing or why. “I told him,” he recalls: “lyric poetry, a textual technology for the organization of affective experience, a container in which modern selfhood had come to be formulated, and so on and so forth.” He is hoping for a pass, or a dismissal, but his diffidence only serves to provoke the man instead. “Oho! We have a mystic on our hands!” he exclaims. The writer demurs, declaring himself an atheist. “If you are, sir,” the other responds, “I suspect you’re an atheist of a somewhat heretical stripe.”

For Kunzru, this border between faith and heresy is hardly unfamiliar; he’s been writing from it all along. His most recent novel, 2017’s White Tears, involves a pair of scenesters who create a scratchy, “lost” blues track by mashing up two random audio samples, only to learn that there’s more to the recording than they understand. My Revolutions (2007) tells the story of a 1960s radical gone underground—until he is discovered by a former collaborator now collaborating with the state. “There’s a tradition that says the world has shattered,” Kunzru writes in his 2011 novel Gods Without Men, which takes place in the Mojave, “that what once was whole and beautiful is now just scattered fragments. Much is irreparable, but a few of these fragments contain faint traces of the former state of things, and if you find them and uncover the sparks hidden inside, perhaps at last you’ll piece together the fallen world.” It is this fallen world the narrator of Red Pill occupies, consumed as he is by authenticity, by “some urgent question I had to answer, that concerned me in isolation and couldn’t be solved by waking Rei”—his wife—“or going on the internet or padding barefoot into the bathroom and swallowing a sleeping pill.”

In that sense, Red Pill picks up where Kunzru’s previous novels have left off, but with a key exception: the narrator’s disorientation is already underway. He arrives in Germany entirely unprepared for his three months at the Deuter Center, which is in the Berlin suburb of Wannsee, not far from the lakeside villa “where the final solution to the Jewish Question was planned in 1942.” History is everywhere around him; on a walk, he finds the grave of Heinrich von Kleist, whose “suicide pact with a woman named Henriette Vogel” was enacted in Wannsee as well. “It seemed like good fortune to stumble upon a famous writer, so close to where I’d come to work,” he reflects, “but I couldn’t help wishing it were someone else.” The issue is Kleist’s hysteria, his “jarring plays and fragmented stories full of hectic action,” which echoes, and even exacerbates, the narrator’s lack of control. Still, he confides, “when it comes to my work, I have certain—what to call them? Not quite superstitions, something more than habits. I cannot, for example, ignore chance encounters. It is a sort of method. It is the way my mind has always worked.”

Of course, the problem with seeking signs and symbols is that they yield to “a kind of magical thinking, as if the reality of what had happened . . . depended on its being told, put into words.” If, on a certain level, this is a writer’s conundrum, Red Pill has more encompassing concerns. It is an examination of both the necessity and the insufficiency of narrative, what happens when it goes astray. In part, such an inquiry is personal; as the novel progresses, the narrator withdraws, increasingly, from the Deuter Center’s fellows and staff. He is expected to interact, to share his research—impossible when you have lost faith in the value of your work. Even more, there’s the issue of what we believe and how we believe it, the stories we tell ourselves. “We say all these things,” the narrator insists. “That we have consciousness, that we feel things so deeply. If we still believed in the soul, maybe. Do you believe in the soul?”

For some, that would be a semantic question, an intellectual parlor game. To the narrator, however, it’s a matter of existential concern. This is the meaning of the novel’s title, which refers to contemporary internet slang for an alt-right awakening. (The term is derived from the film The Matrix, in which to take a red pill means to see the world unveiled.) Kunzru highlights such a notion when, at a party in Berlin, he introduces Anton, creator of the ironically named Blue Lives, a nihilistic TV police procedural with which the narrator is obsessed. Anton may be involved with alt-right politics, or he may be a disrupter; he may be encoding his show with another set of secret messages, meant for the narrator alone. The tension of the novel is that there is no way to know. Belief, then, is not only deceptive but possibly malevolent; it puts us at risk by letting us imagine there’s a pattern to our lives. “It’s not that I’m important or special,” the narrator admits, “just that up until now there have been two tracks or timelines.” The first is one in which life unfolds as expected, a quasi-orderly progression, while the second is an “occult track” marked by blood and chaos. “I am the ragged membrane,” he continues, “the porous barrier between the two.”

Ultimately, this ragged membrane is where the novel leaves us, on the line between rationality, faith, love, and something considerably more ominous. It is to Kunzru’s credit that he never lets the character (or, for that matter, himself or the rest of us) off this ontological hook. If he falters slightly in the closing pages—the last scene is set on the night of the 2016 election, which feels a little on the nose—it has more to do with the requirements of narrative, those necessities and insufficiencies again. “My doctors were fundamentally servants of the status quo,” the narrator acknowledges late in the book, after he is placed in a psychiatric care facility. “Their work was predicated on the assumption that the world is bearable, and anyone who finds it otherwise should be coaxed or medicated into acceptance. But what if it isn’t? What if the reasonable reaction is endless horrified screaming?” Reassurance, in other words, is nothing more than an illusion, a circumstance in which every one of us is living now.