On the singer-songwriter’s new album: Johnny Cash, Leonard Cohen, and a baby or two. 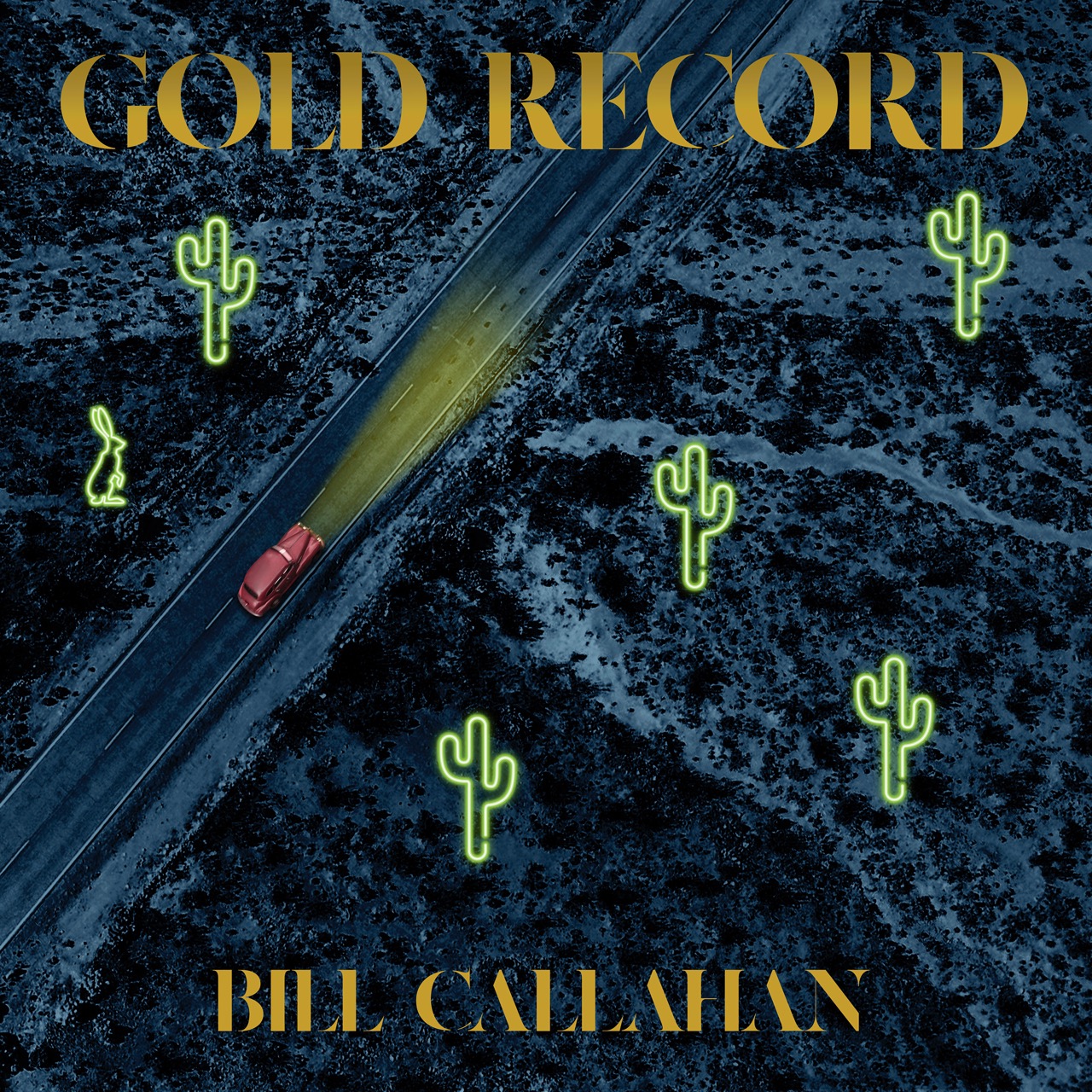 Bill Callahan’s new album, Gold Record, is his fireside chat, a broadcast sent out to the nation from a small circle of light. Reviving a few older songs and emptying the draft folder, Callahan recorded this in a week with his touring band, right before taking them on the road to promote 2019’s Shepherd in a Sheepskin Vest. The result is like a collection of favorite 45s pulled blind from a crate and recreated live, one by one, by a very quiet house band. We get two guitars, a little bass, and occasional showers of trumpet and violin. Callahan makes slow cowboy music with cowboys too slow to work as cowboys. His chesty purple voice and the fretted instruments sound like they’re only a few feet away, and they’re not making any fast moves.

The first song, “Pigeons,” comes with two hats. Callahan starts by singing, “Hello, I’m Johnny Cash.” He has the gravitas to pull off this oedipal flip, so it’s a legit opening. Our singer is driving a limousine, ferrying a pair of newlyweds from the border of Mexico to Concan, Texas. Pigeons have eaten the wedding rice and exploded over San Antonio. The driver is asked for advice, so he tells the couple, “When you are dating you only see each other / and the rest of us can go to hell. / But when you are married / you’re married to the whole wide world.” Callahan ends with a hat switch, singing, “Sincerely L. Cohen,” the final words of Leonard Cohen’s “Famous Blue Raincoat.” If you don’t know anything about Callahan, now you know he feels comfortable putting himself in a song with Johnny and Leonard, a bit like Public Enemy sampling James Brown. Who is elevating whom? 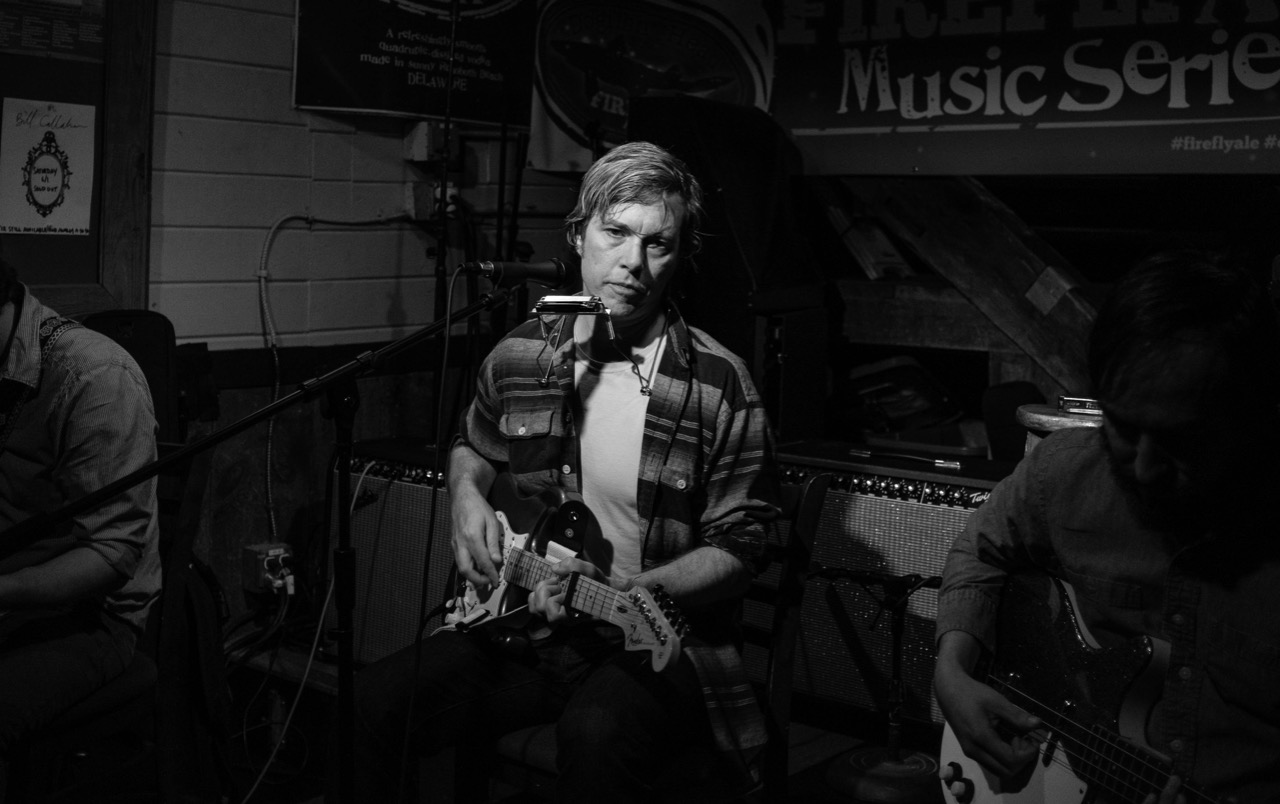 And who is who? Callahan started putting out records in 1990, but he wasn’t known by his birth name then. Smog was the artist of record, band or solo artist unclear. That kind of greasy cloud cover was central to the behavior of the American independent-rock cohort in the nineties. Royal Trux played behind their hair, Will Oldham changed stage names like socks, Stephen Malkmus and Bob Pollard sang in Elmer’s Glue Esperanto. The economy was strong, and it felt like there was time for crossword puzzles. Smog—it was almost too pat, avoidant of both emotion and identity. It’s not me, it’s not me, it’s not me, I’m not here. The journey from there to here is a bit like the online transformation from @wildduckbb67 to @janerollins. You play games until you start playing. You’re a kid on the sidelines until you’re on the main stage and everyone can see you. Tell us your name, son.

On the Smog album Knock Knock, in 1999, Callahan leads off with “Let’s Move to the Country.” Twenty-one years later, that’s the sixth song on Gold Record. In 1999, the song was a plan and a dream. Now, it’s a report and an advertisement. The real Callahan has, in fact, moved to the country at least once. In 1999, he just sang “Let’s start” and let us complete the lyric. In 2020, he sings, “Let’s start a family / let’s have a baby / or maybe two.” Same song, different man. Callahan is asking us to compare old Bill and new Bill.

It seems that Callahan has sung himself into a life. For the first decade or so, he hit the nail on the head with a few songs, but too much of his work was blank and pinched, ill-tempered music shy to the spirit. His empathy seems to have been freed up by his love of American country music, which began to sneak in as the decade ended. As he started tapping country and his voice dropped, his humanity blossomed. Callahan started singing about horses in 1996, used pedal steel guitar in 1997, wore a cowboy hat in 2000, and for the last Smog album, released in 2005, he went full Western for the title: A River Ain’t Too Much to Love. Callahan’s parents were codebreakers for the NSA and he was born in Maryland—his version of this music seems to be rooted in the text itself rather than personal context. He’s now a reasonable choice to open for Willie Nelson, and it would be a mutual elevation.

His real kin, uncountry as he may be, is Leonard Cohen, a child of the high bourgeoisie who opted for the peaceful stuff. Callahan has covered “So Long Marianne,” and he doesn’t do many covers. Gold Record is partly about acknowledging Callahan’s debts and heroes. One song, “Ry Cooder,” is a stand-up routine disguised as a love letter to the guitarist’s career. If you don’t know that Cooder produced Buena Vista Social Club, one of the best-selling Spanish-language records in American history, this song may feel oblique. Callahan rumbles through his thoughts like he’s watching a documentary about Cooder and trying to make his wife laugh, though his love for the musician seems entirely real. He sings that Ry Cooder is a “real straight shooter” and a “gold song forty-niner” who “freed Cuba / with a Buena Vista.” All of which is true! 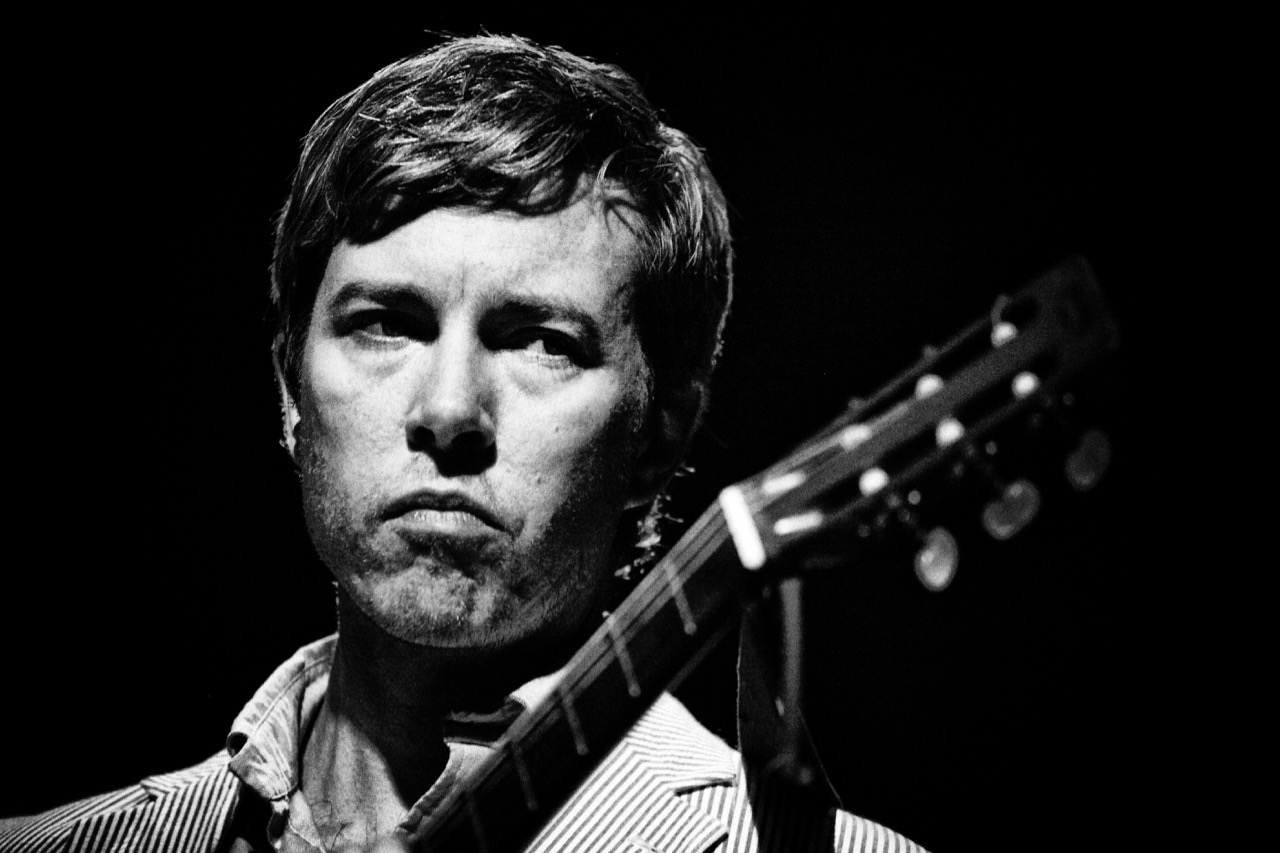 The album closes with “As I Wander,” a summary of Callahan’s day job. “I travel / I sing / I notice when people notice things” is one hell of an opening line on an album with plenty of them. “As I Wander” is as tight a song about songwriting as I’ve ever heard. It serves as a corrective to all the goofing off, all the putting-you-at-ease work he does elsewhere. Callahan has spent thirty years breaking this one code, and he wants you to know it.

The train is always real to the songwriter. Callahan is ready to admit it now.