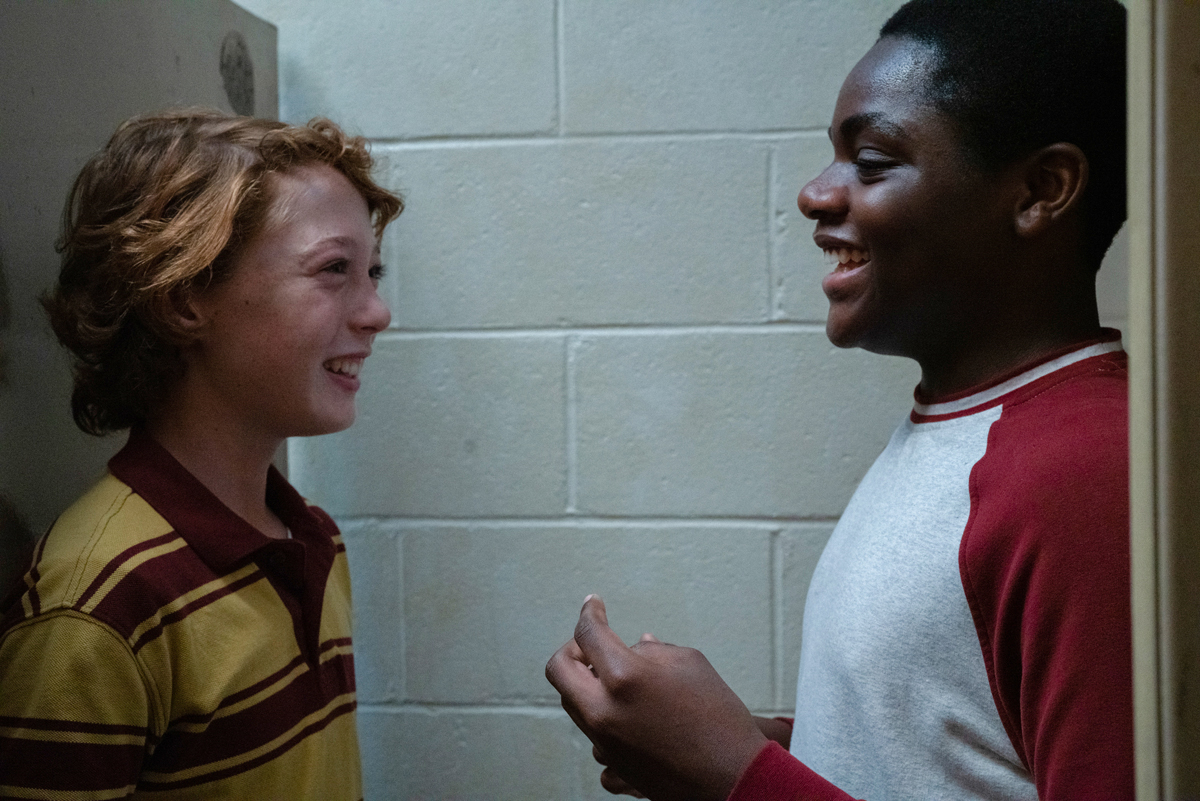 In a 1961 essay about Norman Mailer, who was a contemporary and something of a friend, James Baldwin wrote, “I think he still imagines that he has something to save, whereas I have never had anything to lose.” Baldwin then expands the frame: “The thing that most white people imagine that they can salvage from the storm of life is really, in sum, their innocence. It was this commodity precisely which I had to get rid of at once, literally, on pain of death. I am afraid that most of the white people I have ever known impressed me as being in the grip of a weird nostalgia, dreaming of a vanished state of security and order.” This essay, which first ran in Esquire, bears a simple, stark title: “The Black Boy Looks at the White Boy.”

In James Gray’s highly autobiographical coming-of-age film Armageddon Time, a white boy looks at a Black boy. More precisely, the fifty-three-year-old writer-director glances back on a pivotal ten weeks from 1980—spanning the first day of sixth grade at a public school in Queens to roughly Thanksgiving—in the life of his eleven-year-old surrogate, Paul Graff (Banks Repeta). Within this brief stretch of time, Paul will lose a close friend, Johnny Davis (Jaylin Webb), the lone Black student in his classroom at PS 173. Gray’s examination of how this bond came to an end, and of this moment in time more broadly, is clotted with “weird nostalgia,” with stumbling attempts to expiate guilt via easy ironies and stock moments of indignation.

Writing about Ad Astra, Gray’s previous movie, about a melancholic astronaut played by Brad Pitt, I noted, not unappreciatively, that the filmmaker “favors emotional extravagance.” The very name of Armageddon Time, Gray’s eighth feature, signals affective surfeit. Beyond directly referencing the Clash’s “Armagideon Time,” a reggae cover from 1979 that’s played in snippets throughout, and the doomsday prophesying favored by Ronald Reagan, soon to win the presidency in a landslide, the title is meant to evoke the enormity of a seemingly pedestrian decision—Paul’s parents opt to take him out of public school and enroll him in a private institution—and the outsize consequences this change has on the preteen protagonist and his sense of himself.

Gray, I suggested in my Ad Astra review, is “an unabashed melodramatist” but “crucially . . . not a shameless sentimentalist.” With Armageddon Time, however, that assessment no longer holds true. His latest film is defined by flaccid, retrospective political grief and outrage, by a tidy didacticism about what the malevolent machers and practices of four decades ago have wrought today. Not one but two Trumps make an appearance. Yet Johnny, the person most egregiously wronged, is mainly a phantom presence here, one whose primary function is to serve as an instrument in Paul’s—and, by extension, the audience’s—moral education. 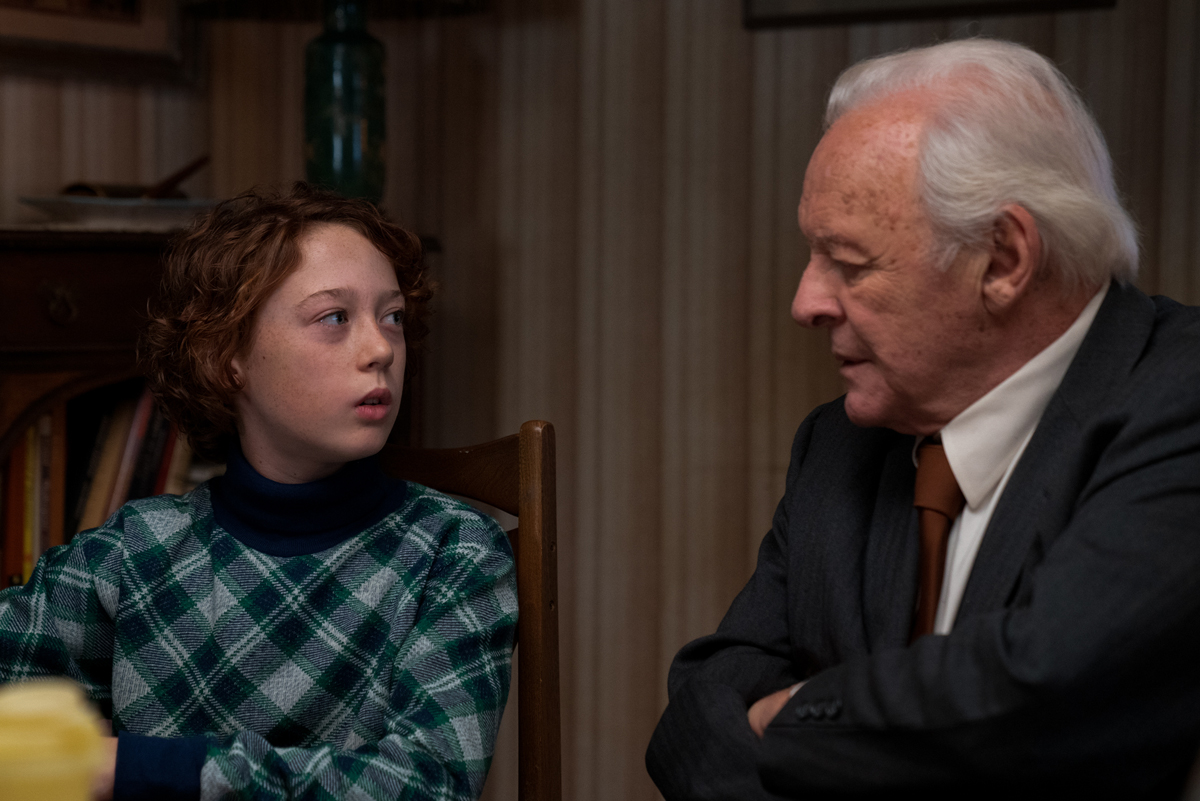 The chasm between the classmates’ socioeconomic backgrounds and home lives is established quickly. Paul, the younger of two brothers, lives in a striving middle-class neighborhood in Flushing (where Gray himself was reared). The Graff household, headed by short-fused Irving (Jeremy Strong), a plumbing contractor, and forbearing Esther (Anne Hathaway), a home-ec teacher and PTA president, is warm and chaotic, the site of many clamorous extended-family dinners; a frequent guest is Paul’s beloved maternal grandpa, Aaron (Anthony Hopkins), who dotes on the ginger-haired boy. Bused from Hollis to PS 173, Johnny, in contrast, lives with a bedridden, mentally faltering grandmother. (We are shown this dire ménage for less than a minute.) He speaks admiringly of an older stepbrother, but he’s hundreds of miles away in the Air Force. Johnny is repeating sixth grade for the second time.

Despite these differences, Paul and Johnny are united by a love of spacecraft and a fondness for flouting authority: mocking their teacher, who unfailingly disciplines the latter more harshly; breaking away from a class trip to the Guggenheim (for which Paul has stolen money from his mother so that his pal could attend) to run free in Central Park, hang out at an arcade in Times Square, and buy “Rapper’s Delight” at Colony Records. When Paul expresses some concern about the potential repercussions of their truancy, Johnny makes explicit what has already been exceedingly obvious since the film’s opening scene: “Nothing’s gonna happen to you, man.” 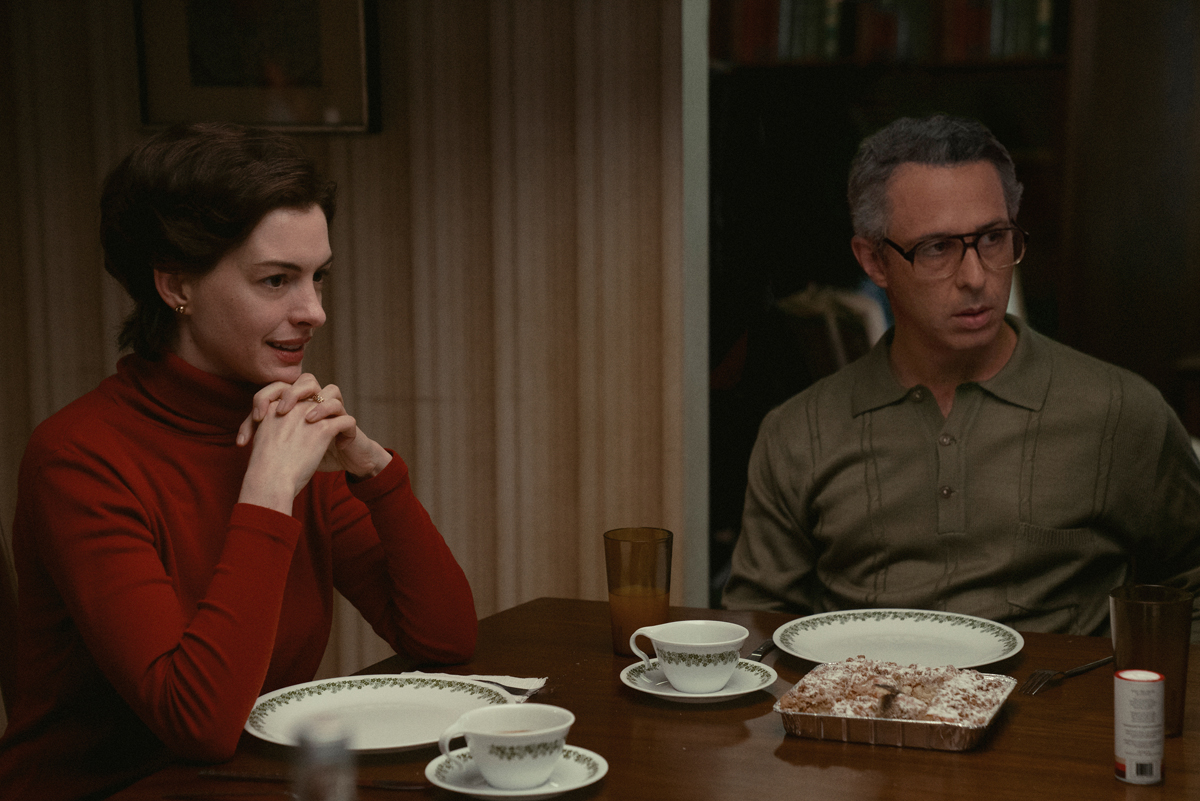 And nothing really does. When Paul’s parents disappoint him—when they don’t wholeheartedly endorse his announcement that he wants to be an artist; when, after he and Johnny are caught smoking a joint at school, they place him in private school; when his father takes a belt to him—Grandpa is there to gift the kid a paint set, to offer tenderness and platitudinous counsel. Aaron, who immigrated to the US as a boy from Liverpool with his mother, who earlier had fled anti-Semitic persecution in Ukraine, is appalled when he hears Paul describe the racist comments of his prep-school classmates and learns that his grandson stood by silently. “Next time those kids say anything bad about black kids or Hispanic kids, you be a mensch to them,” he insists during an outing at Flushing Meadows Park. 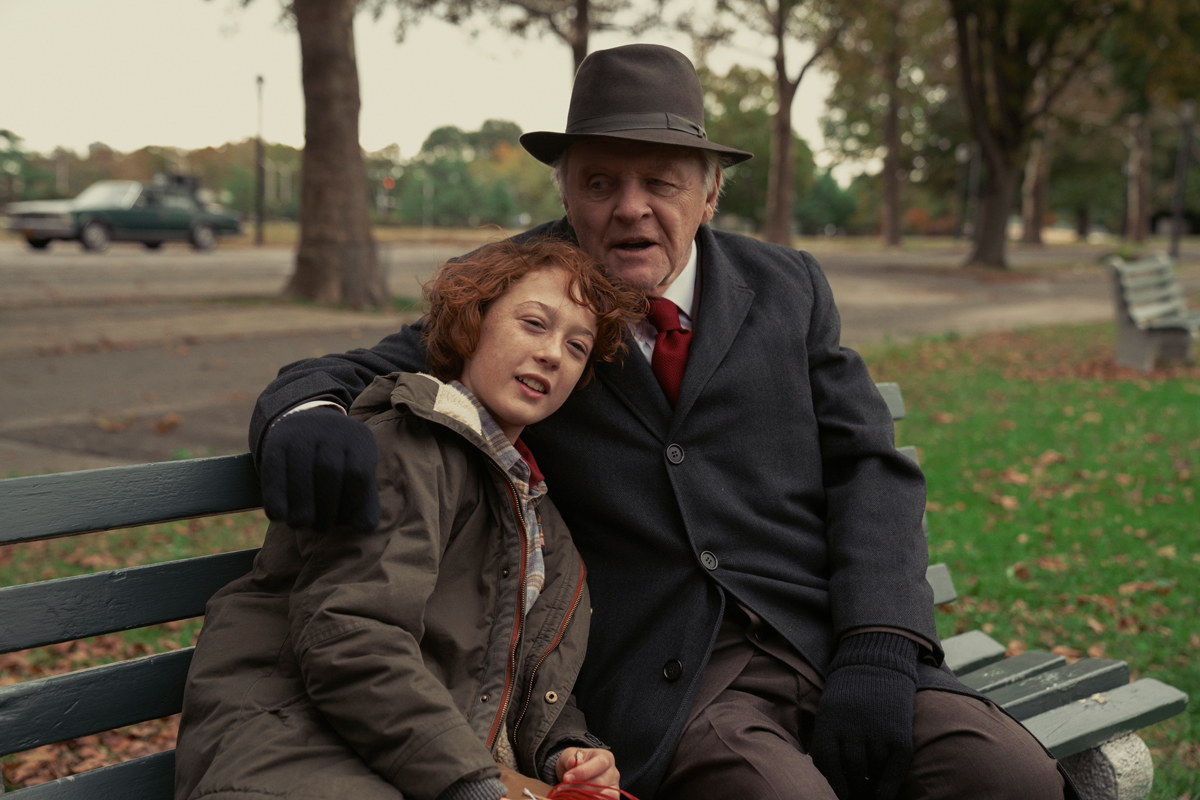 Paul may not have been able to heed his grandfather’s directive, but Gray strenuously tries to prove his menschiness in Armageddon Time. The film repeatedly, bluntly highlights the contradictions and hypocrisies of Paul’s elders, who denounce Reagan as a “schmuck” but whose liberalism is rank with racial bigotry. We are meant to recoil when Fred Trump (John Diehl), on the board of directors at Paul’s new academy—a stand-in for the Kew-Forest School, from which Gray graduated in 1987—declares the tween’s cohort “the elite.” We are to be worked up into a state of high dudgeon when the real-estate tycoon’s daughter, Maryanne Trump (Jessica Chastain), now a US attorney, boasts to a student assembly of having succeeded solely by her own hard work. (Looming over these scenes, of course, is Fred’s son and Maryanne’s brother, who attended Kew-Forest until seventh grade.)

Meanwhile, Johnny largely recedes from the action until a final-act debacle. One boy is punished after this incident; the other one emerges unscathed, untouched, free. He grows up. The white man looks at himself as a white boy looking at a Black boy. Who and what did he see, who and what does he want to remember? Armageddon Time, a putative act of atonement, ends up only flattering its maker.