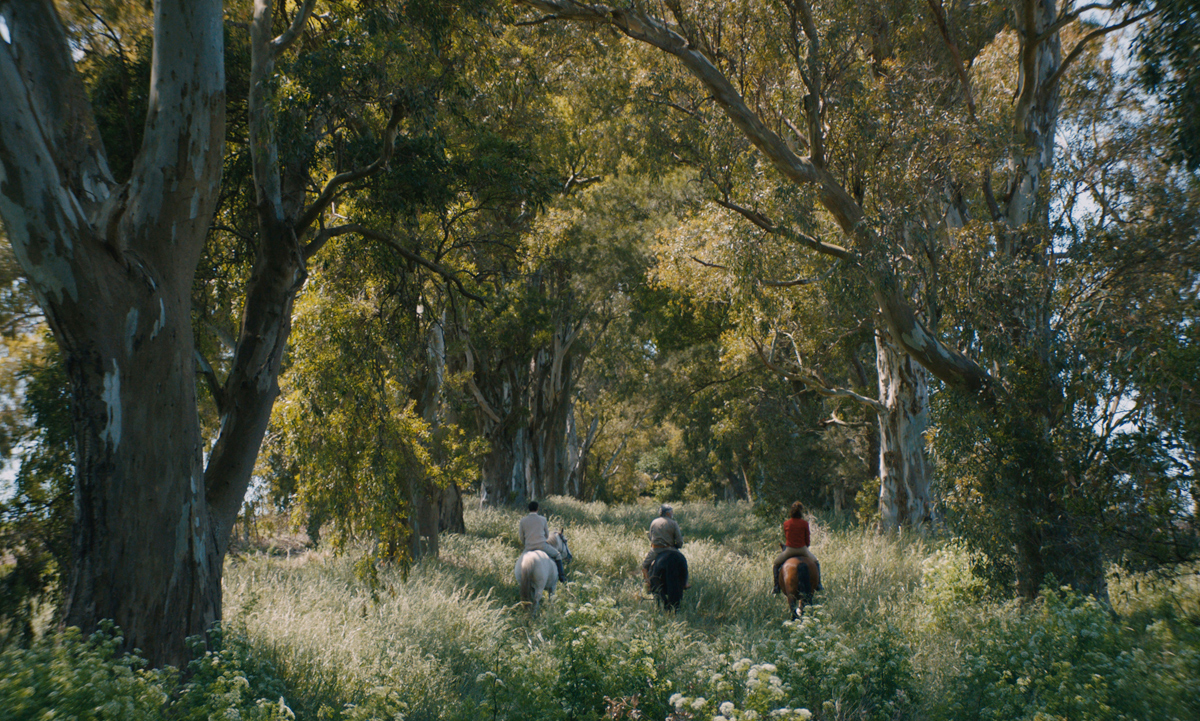 Azor, a slinky political thriller about deception, dissembling, and self-delusion, appositely begins with a bit of trompe l’oeil. A shot of prodigious verdure, which seems to place us in a jungle, turns out to be only photo wallpaper adorning a conference room. Before this one-dimensional, lush greenery stands a shaggy-haired, besuited man who is himself a kind of optical illusion, for he’ll never be seen again. He laughs at something, though he’s muted, the audio dominated by the skittish sounds of an electro-harpsichord. The aural dread matches the unease provoked by this anonymous figure’s unsettling mirth, with its hints of barely concealed mania or derangement.

A few scenes into Azor, the superb debut feature of Andreas Fontana, viewers will surmise that this fleetingly glimpsed character is a man named Keys, who operates as the film’s structuring absence. Set in Buenos Aires during late 1980, at roughly the midpoint of Argentina’s Dirty War—the reign of terrorism perpetuated by the country’s military dictatorship from 1976 to 1983—Azor follows Yvan (Fabrizio Rongione), a Swiss private international banker who’s come to the capital city on a dual mission: to find out what happened to Keys, his business partner, who was last heard from about a month ago, and to reassure their affluent Argentine clientele, unnerved by Keys’s vanishing. 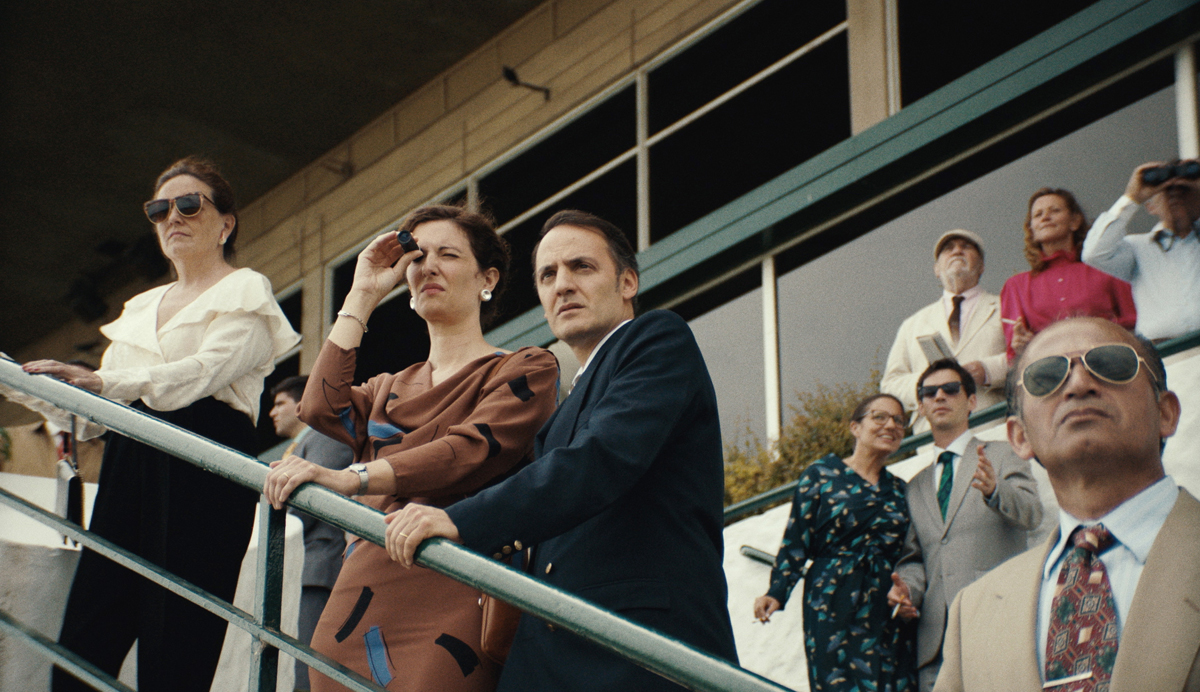 Stéphanie Cléau as Inés and Fabrizio Rongione as Yvan in Azor. Courtesy Mubi.

To aid him in his mission of soothing the skittish plutocrats, Yvan’s wife, Inés (Stéphanie Cléau), accompanies him. The financier’s soigné spouse has a gift for extracting useful intel during insipid conversations—about Gstaad, say—with the privileged matrons of Buenos Aires, desultory chats held in vast living rooms or in Hockney-perfect pools. (Rarely without a cigarette, Inés never passes up an opportunity for a languorous swim; water-averse Yvan’s lone concession to leisurewear is to unbutton the top of his white dress shirt.) Playing patrician characters whose life work consists of charming, coaxing, and flattering the likewise wealthy, no matter how vulgar or repugnant, Rongione and Cléau adroitly assume the opacity that is the inexorable result of this kind of relentless performance, donning facades not just while trying to woo the rich but also during private moments. For this couple, the inviolable boundary between outer and inner life has long been eroded. 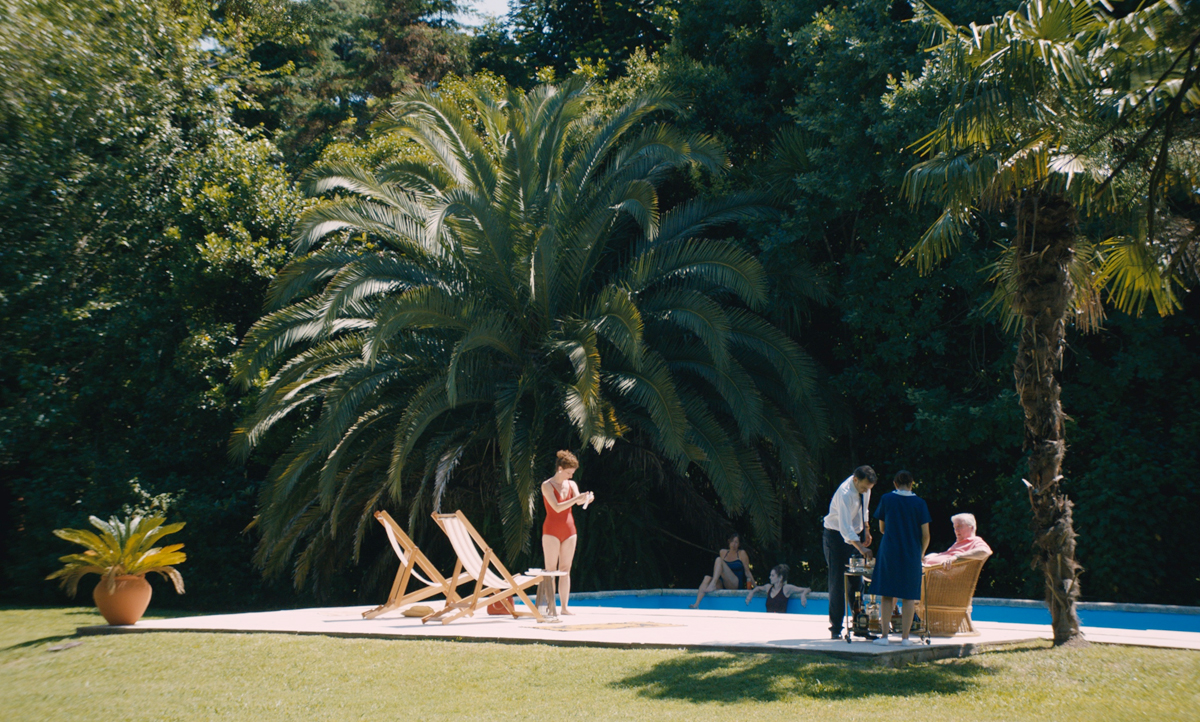 Alone in their opulent resort suites, for example, their intimate chat is peppered with odd idioms, the dialect, as Inés will explain to a wizened grande dame, of private banking; the film’s title, in this capitalist idioglossia, means “be quiet” or “careful what you say.” Language, in Fontana’s movie, often seems on the verge of detonating. Though Yvan and several of his clients switch seamlessly from French to Spanish and back, this fluidity of exchange can be dammed up by seemingly sterile terms, such as “inventory” and “transport”—bits of administrative-speak that take on menacing connotations. One proper noun in particular consumes Yvan: “Lázaro,” a word he finds written in Keys’s calendar that he’s certain has some connection to his partner’s disappearance. Is it a client? A code name? In his quest to find out, Yvan grows less concerned with the fate of his associate and more obsessed with carrying out a deal Keys left unfinished. 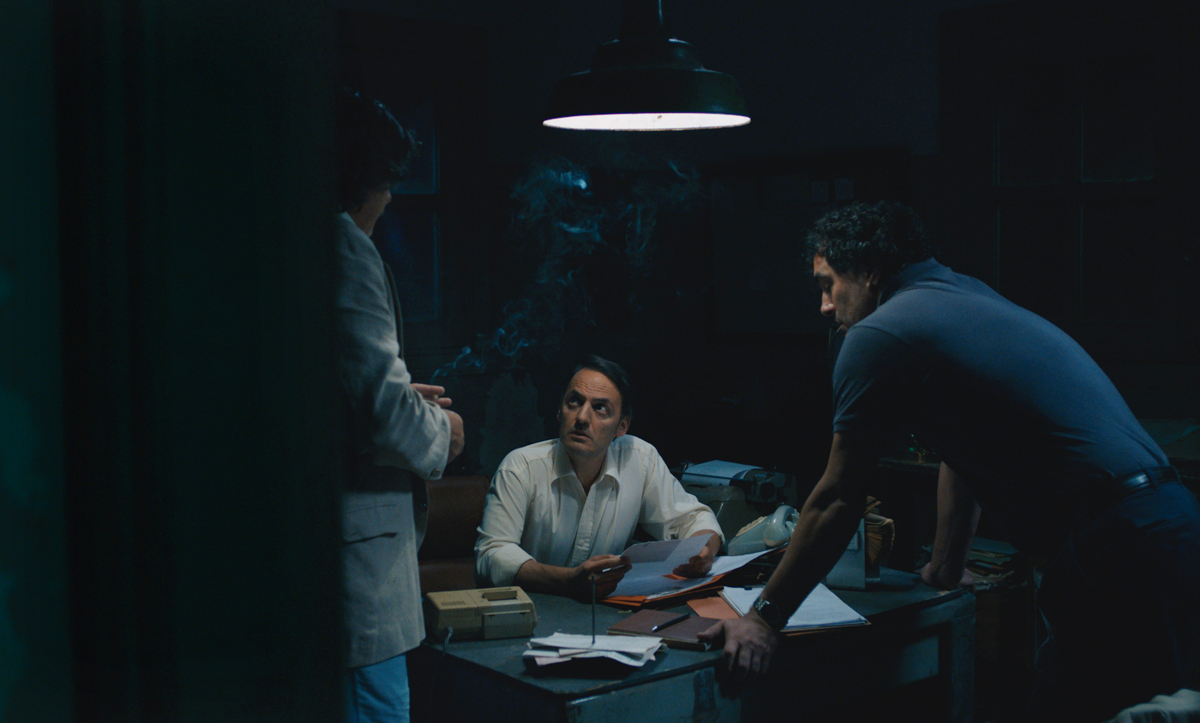 Some critics have invoked John le Carré or Graham Greene when describing Azor’s slow-release malefic mood. But the book that Fontana’s expertly calibrated film, which he cowrote with Mariano Llinás, often conjured for me was Salvador, Joan Didion’s 1983 volume of reportage on the early years of El Salvador’s civil war, a chronicle that coolly yet unsparingly analyzes the outsize role played by US foreign policy in the Central American nation’s carnage (policy that also, of course, made possible the right-wing dictatorships in Argentina, Chile, and other South American countries in the ’70s and ’80s). Like Didion, Fontana explores the tension created between an offhand, banal detail and a more sinister action in the foreground, as when Yvan, meeting a colleague at a hotel bar, tells him, with no small amount of pride, of an upcoming meeting at an exclusive club. “The cream of the junta meets there,” this associate tells the banker—words meant not as a rebuke but praise. In the backdrop of this conversation, a blank-faced pianist softly plinks out “Feelings,” that ubiquitous mid-’70s anthem of ersatz emotion.

Fontana is careful, though, not to let the soft-rock ballad overwhelm the scene—not to let, as Didion explains after taking careful notes during a trip to a San Salvador shopping mall, the syrupy tune stand as a “kind of inductive irony, the detail that was supposed to illuminate the story.” She continues: “I realized that . . . this was a story that would not be illuminated by such details . . . As I waited to cross [the street] I noticed soldiers herding a young civilian into a van, their guns at the boy’s back, and I walked straight ahead, not wanting to see anything at all.” 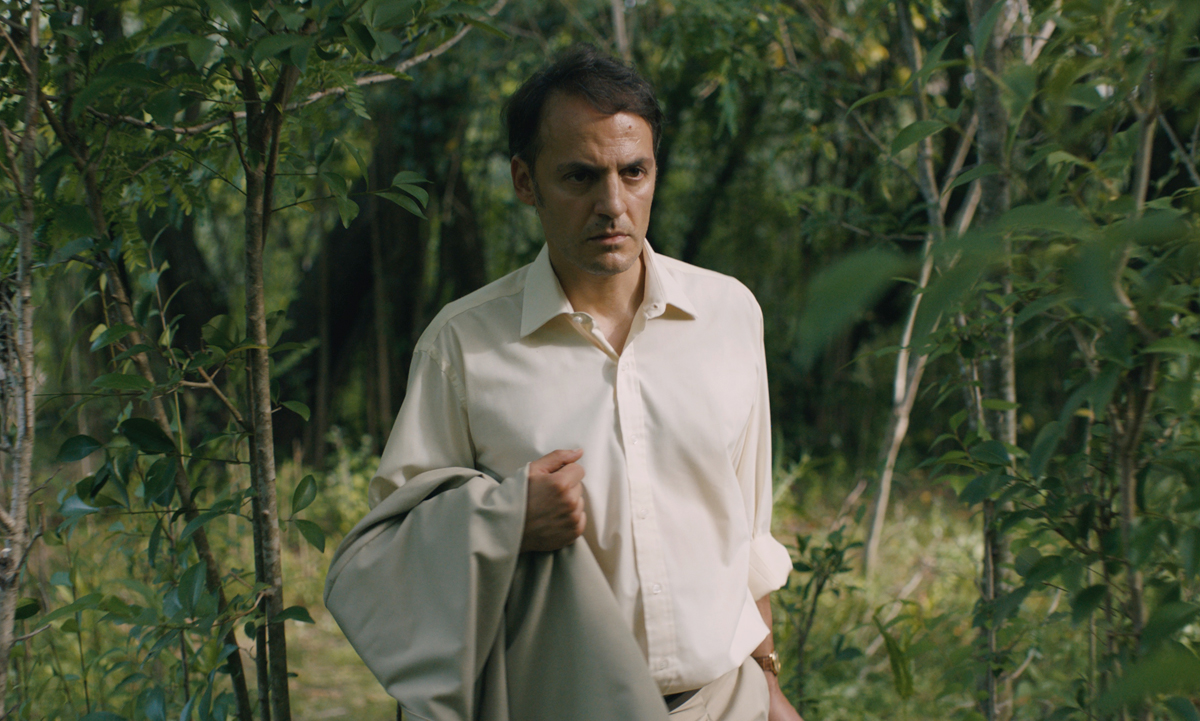 Likewise, Yvan sees and refuses to see. “It’s impossible to guess what’s happening in this country,” he tells Inés not too long after they’ve both witnessed, while seated in the back of a diplomatic vehicle, a scene similar to what Didion described above: an incident that leaves no doubt as to the extent of Argentina’s repressive government, a regime enabled by money laundering in Swiss banks. Yvan, a scion of fortune—his grandfather founded the bank he had been running with Keys—is alert only to opportunity. (Born in Geneva in 1982, Fontana, who lived in Buenos Aires for several years, is the grandson of a private banker.) In one shot in Azor’s latter half, the expression on Yvan’s face calls to mind Keys’s bizarre glee in the intro. Having conducted a heinous business transaction, the financier lets his eyes fix on the middle distance as his lips curve into a smirk. It is the look of a man—long practiced in being unknowable, eternally agreeable—relieved to have his darkest fantasy fulfilled.