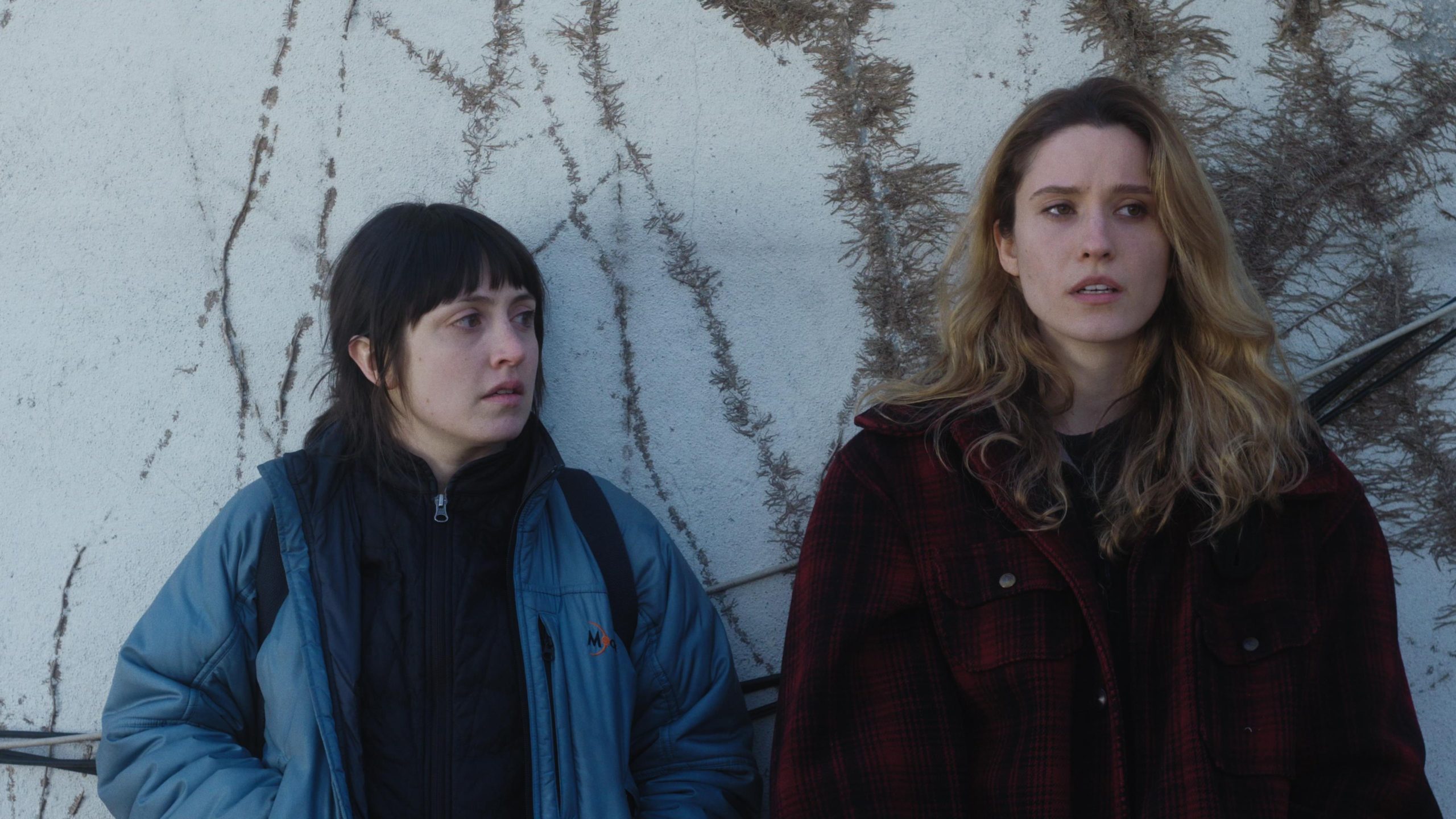 A phenomenon as mundane, and as vital, as the air we breathe, friendship is difficult to dramatize well. That’s especially true of female friendship. Too often onscreen depictions either sand down the inevitable aggravations and disappointments to be found in these, or any, dyads (witnessed in many of today’s anodyne films targeted to teenagers) or lampoon them as constant, nasty, backbiting warfare (a template established by George Cukor’s The Women, from 1939). Opening in virtual theatrical engagements last week, Fourteen, the latest from independent filmmaker Dan Sallitt, is the rare movie that intelligently and compassionately honors the push-pull dynamic between two young women, a pair of Brooklynites whose tight bond began when they were children but is starting to fray. 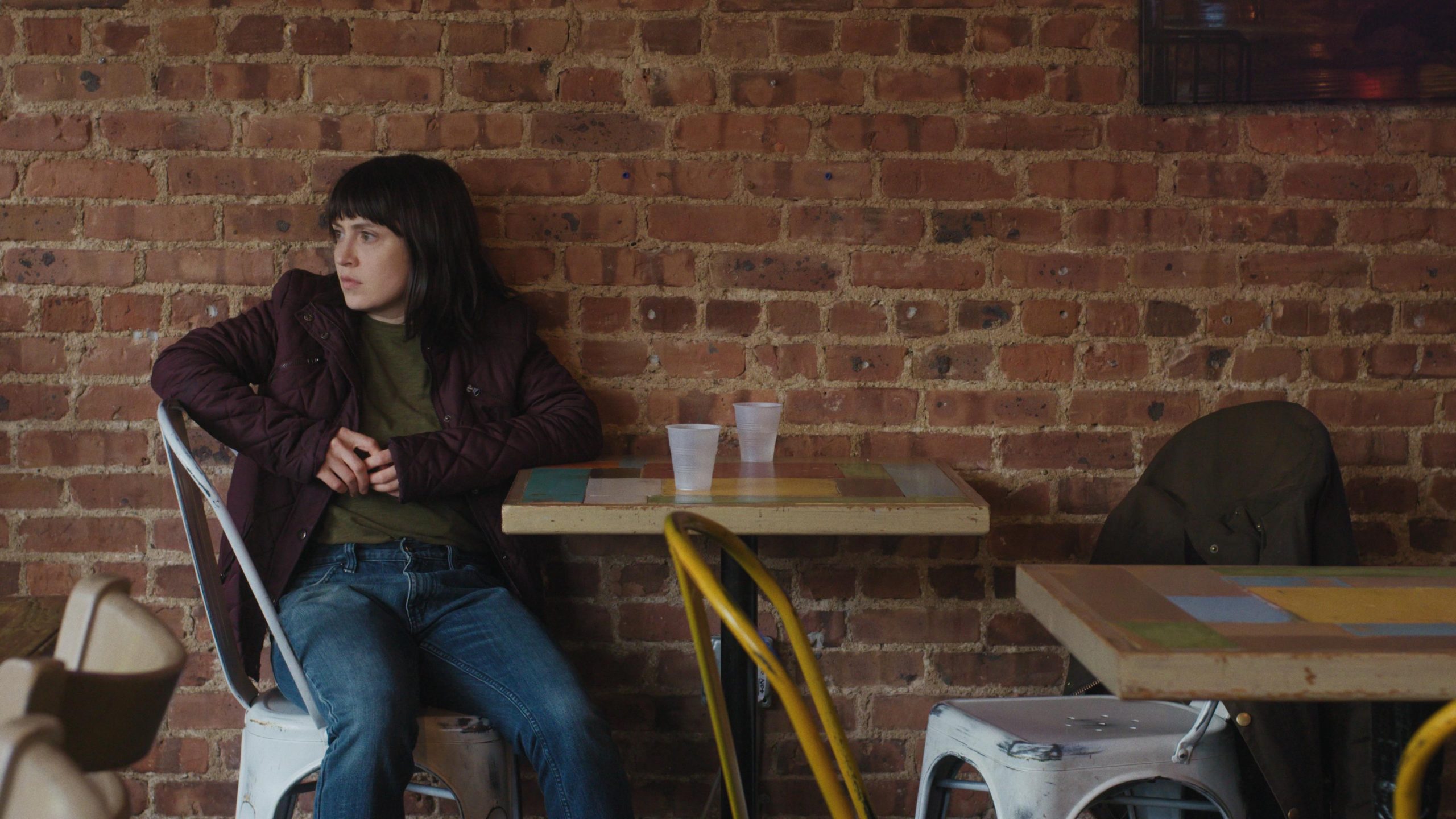 Although they’re a study in contrasts both external and internal, short, brunette Mara (Tallie Medel) and tall, blonde Jo (Norma Kuhling) share similar altruistic professional interests. Mara, a teacher’s aide at an elementary school, is completing her master’s degree in education; Jo is a social worker whose clients are adolescents. They also share a conversation style that, developed over a decade plus, abounds in playful teasing, spiky affection, and easygoing exasperation. An early discussion between the two, about a date Mara has that night and Jo’s office woes, concisely distills their personalities and the role each plays in the friendship: equable Mara is more solicitous, her concern for her pal almost maternal, while impetuous Jo—whose insatiable sweet tooth becomes a running joke in the film—is prone to sharp rejoinders. “There’s no such thing as a ‘literal insult,’ ” she upbraids Mara over a perceived solecism. 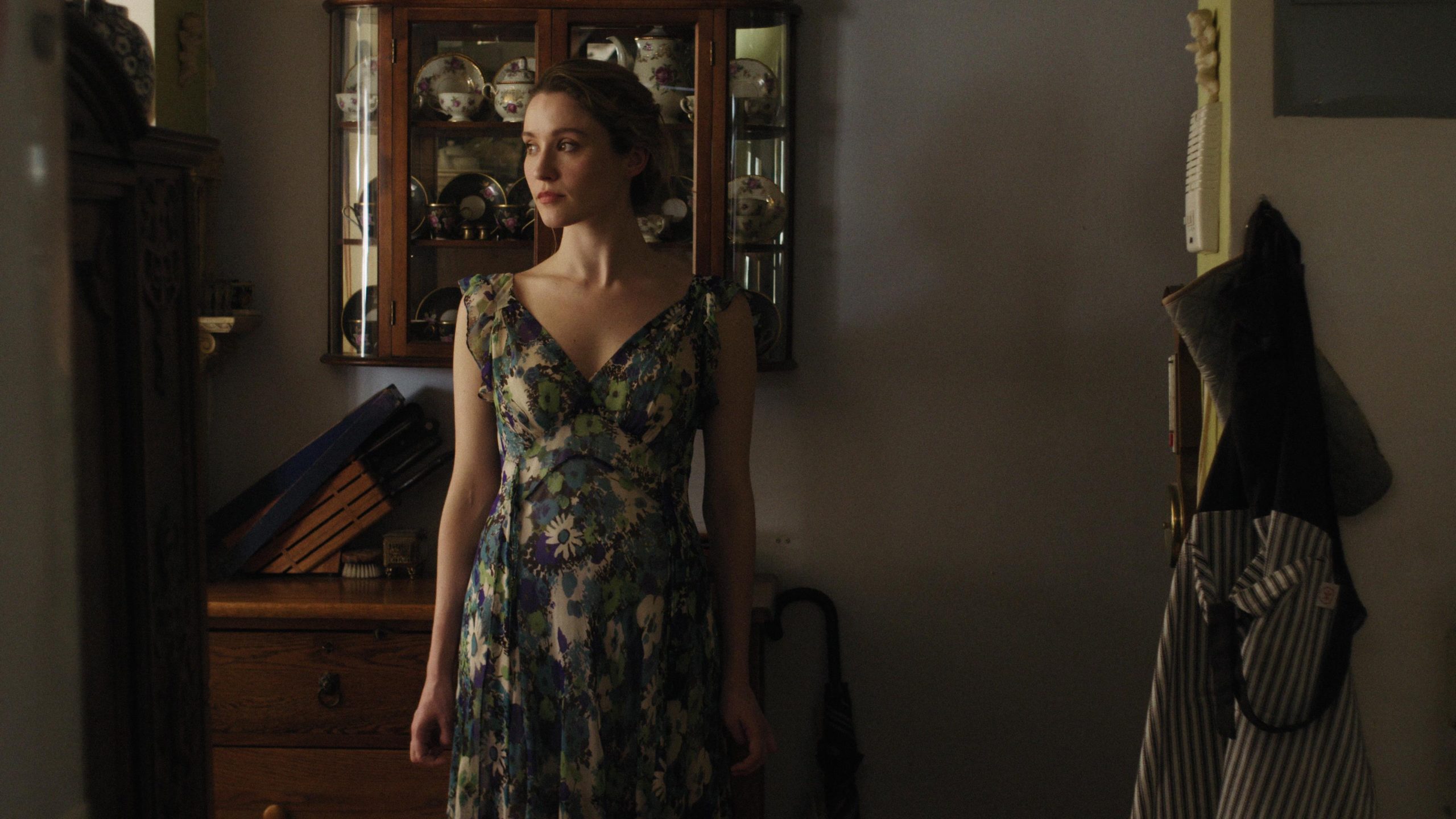 Both women are enamored of language: Mara composes fiction in her scant free time and enviously marvels at her best friend’s innate writing talent, evident in a paper Jo’s drafted on structural family therapy. As in Sallitt’s previous movie, The Unspeakable Act (2012), about a teenage girl (played by Medel) struggling with her erotic feelings for her slightly older brother, speech is fluid and agile. Sallitt dedicated The Unspeakable Act to Eric Rohmer, the Nouvelle Vague director forever linked with garrulous, questing characters. That auteur’s influence, worn lightly, marks Fourteen, too; in the first half of Sallitt’s movie, Jo often reminded me of the contrary, obstinate, vexing, yet somehow entrancing Delphine, the protagonist of Rohmer’s sublime summer-holiday film Le Rayon Vert (1986).

But it soon becomes clear that Jo’s maddening habits, not least her chronic lateness, are signs of a more troubling instability. Fired from job after job, Jo can rely on Mara for tough-love support and practical advice. The needy cries for help begin to overwhelm Mara, though, and we start to witness the inexorable attrition of a great love over the film’s roughly ten-year time frame, a span during which Mara becomes a parent. 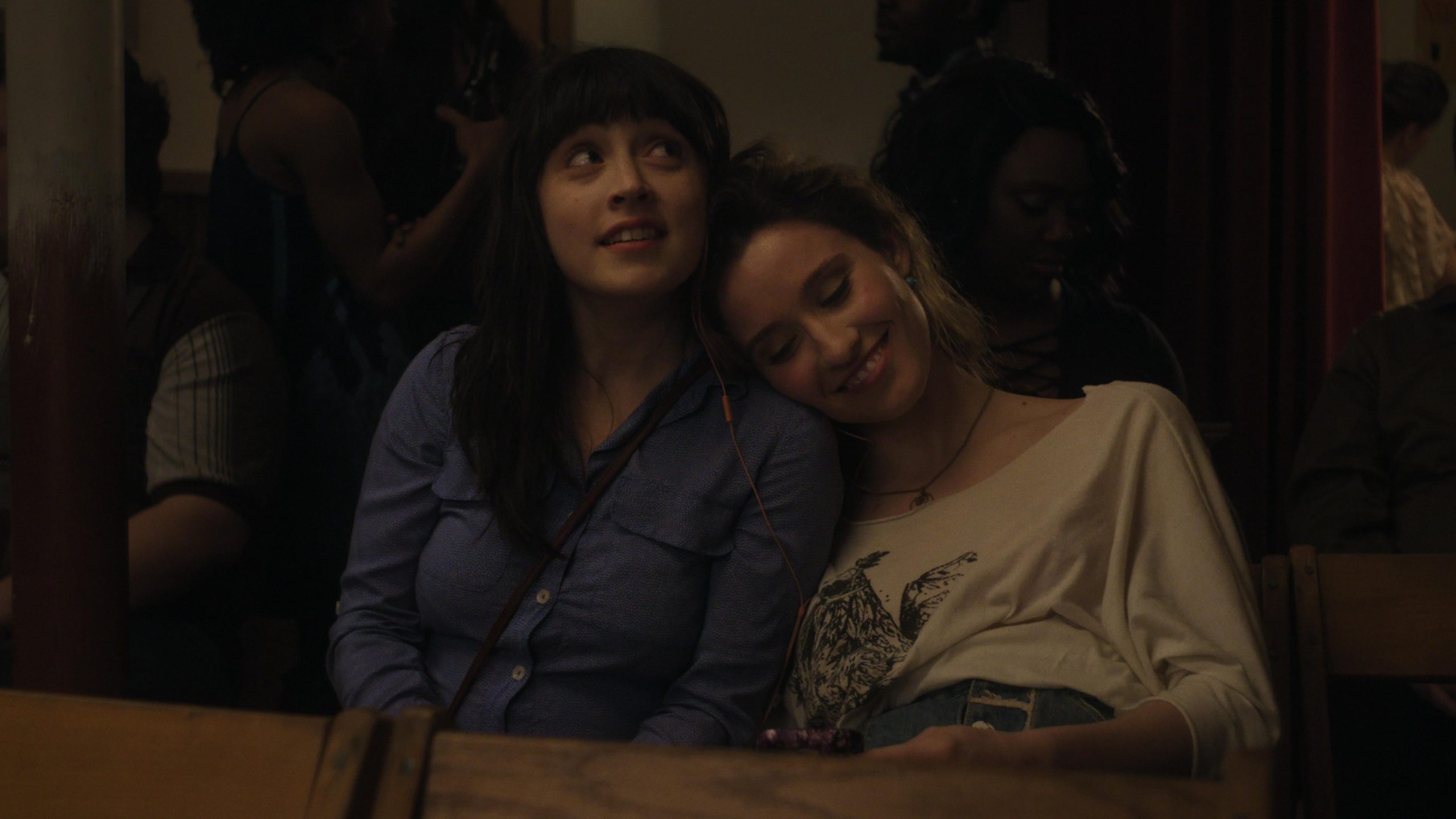 That scene occurs in what looks like a small performance venue—a screening room, perhaps, or maybe a micro theater or concert stage. The fact that I, a longtime resident of Kings County, couldn’t place it signals another alluring aspect of Fourteen: set primarily in one of the most fetishized parts of the country, the film forgoes the manic name-dropping of markers of cultural cachet—books, bands, movies, bars—that’s clogged up depictions of young Brooklynites since at least the first season of Girls. I recall just a few proper nouns uttered; one is Electric Literature, where one of Mara’s dates, an overweening twerp named David (Evan Davis), serves as a reader and where she has submitted a story. “Why’d you make the central character a man?” this smug belletrist asks her—obtuseness that is hilariously rewarded with a glacial good-night hug that clearly communicates there will be no second date.

Even when the tensions between Jo and Mara grow more pronounced—a strain exacerbated by Jo’s fragile, never quite adequately diagnosed mental condition—a relaxed intimacy suffuses the film. The bonhomie likely stems, in part, from the casting: Sallitt wrote the role of Mara specifically for Medel, and several performers from The Unspeakable Act return in small roles here, notably Caroline Luft, who plays Jo’s mother and, in the earlier movie, portrayed an especially astute psychotherapist. (Both films might be thought of as animating the concept of the “talking cure.”) Others are new to Sallitt’s stable of actors but are members of the vast cinephile milieu of New York City. Adam, Mara’s long-term boyfriend, for instance, is played by C. Mason Wells; at the time of filming, in 2017 and 2018, he was the director of programming at the Quad, one of the many Manhattan repertory-film redoubts where I’ve often spotted Sallitt, whom I’ve never met but recognize by sight. (Raising the writer-director’s profile further was his warm, appealing performance as a long-lost father meeting his adult daughter for the first time in 2016’s Hermia & Helena by Matías Piñeiro, another NYC-based cine-besotted filmmaker.) 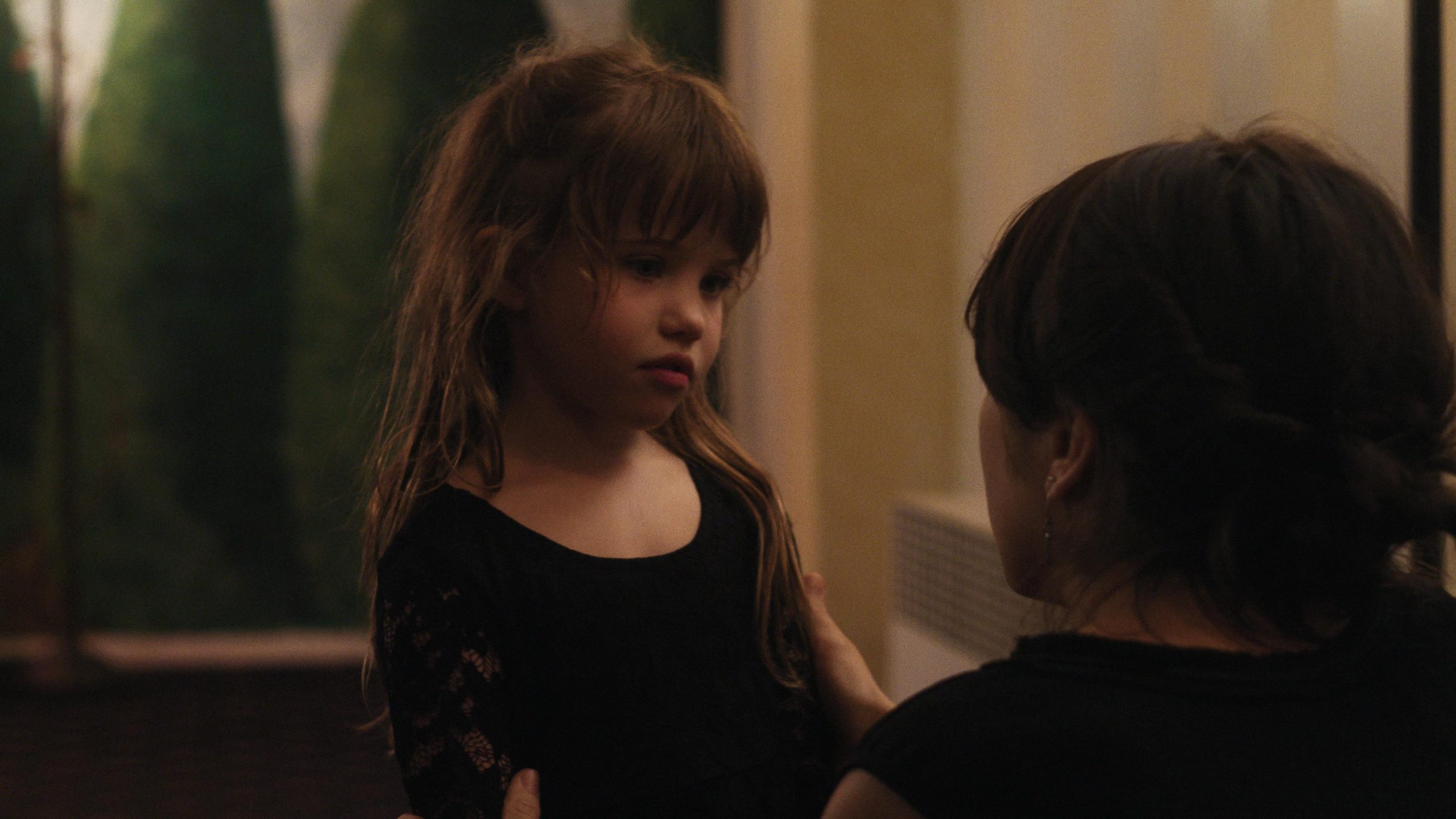 Just about every character in Fourteen, no matter how minor, is richly drawn and performed; even Mara’s tween math tutee, onscreen for about a minute, conveys robust emotional depths. These satellites, though, never eclipse the duo at the center, whose slow-motion schism doesn’t completely destroy the bedrock of their connection. I have been thinking about female friendships a lot lately, for my two viewings of Fourteen happened to coincide with my rereading Between Friends: The Correspondence of Hannah Arendt and Mary McCarthy, 1949–1975, published in 1995. In her introduction to the volume, editor Carol Brightman writes that McCarthy viewed her friendship with the German philosopher “as a kind of conversion experience.” Something just as exalted occurred between Mara and Jo during their first encounter as middle schoolers, an event so crucial to who Mara is that it has become her five-year-old daughter’s favorite bedtime story—a small-scale myth that will endure indefinitely.