Film
Now We Think as We Fuck

Other voices, other pleasures: a film series looks back at queer cinema from 1965 to 1996. 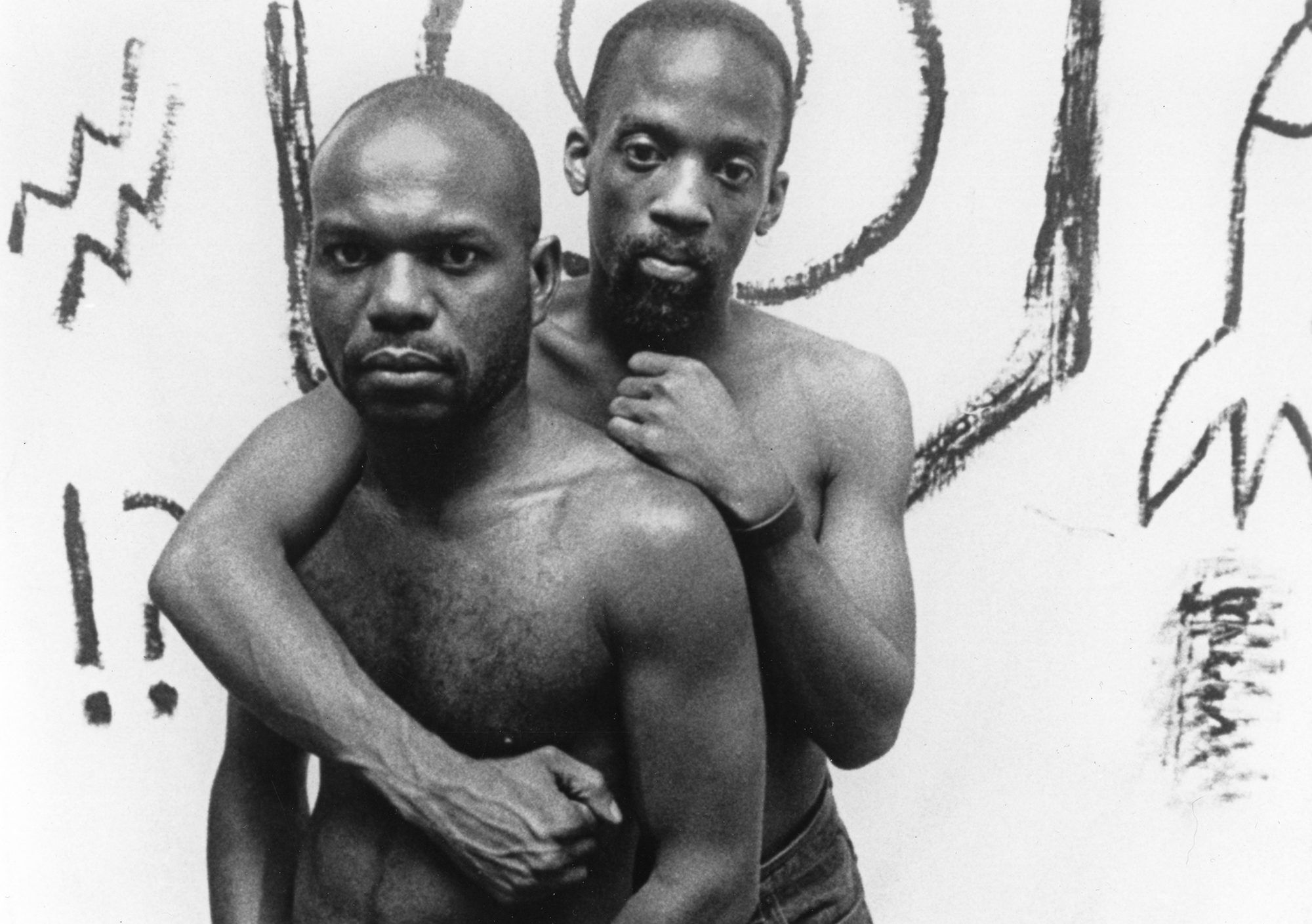 The title of the Museum of Modern Art’s upcoming retrospective of queer cinema sounds like a declaration of sexual and intellectual liberation. Now we think as we fuck—which is to say, freely, outside norms, with mind and body conjoined in imaginative acts of desire, fantasy, pleasure. In fact, it is a line by poet Essex Hemphill, spoken in Marlon Riggs’s essential video essay Tongues Untied (1989), evoking the paranoia that invaded sex in the first decade of the AIDS crisis: “Now we think / as we fuck / this nut / might kill us.” Toward the end of Riggs’s personal yet polyvocal account of what it is to be black and gay, during the final minutes of a work by turns playful, angry, and gorgeous, Hemphill delivers his verse to the camera. Thinking intrudes, unwelcome, so much coldness on heat. Now that fear has driven him away from encounters with “tall dark strangers,” Hemphill relates, “We return to pictures. / Telephones. / Toys.” 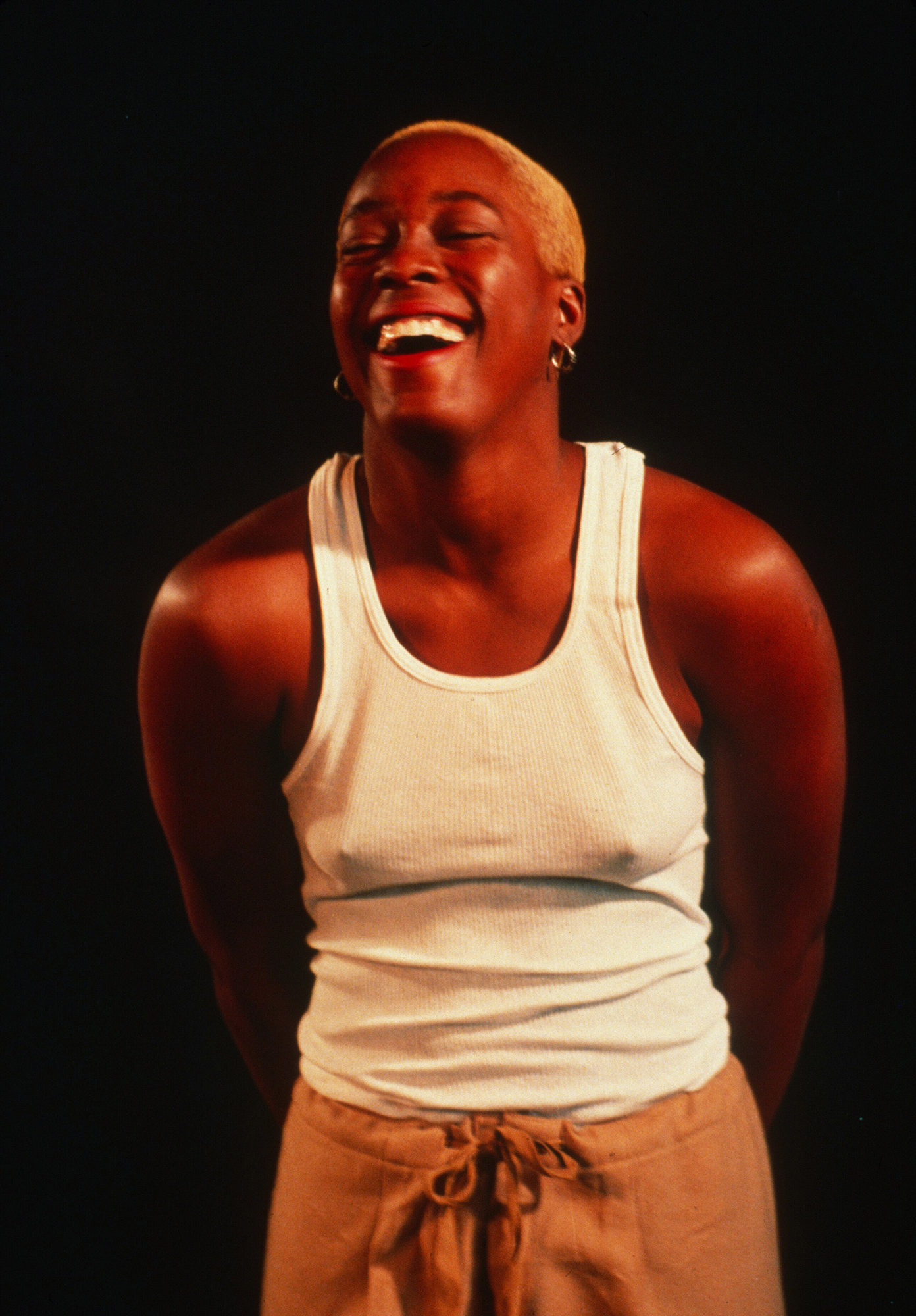 But what pictures were there to find? Cheryl Dunye’s The Watermelon Woman (1996) goes looking, only to suggest that when it comes to black lesbian presence in the cinema, the archive is riddled with such gaps that fabulation is the best response. Like that of Riggs, and like that of so many of those included in “Now We Think as We Fuck,” Dunye’s vital work was created in response to missing images, unjust images. Undertaking its own return to pictures—specifically to twenty-two films and videos from the MoMA archive—the series presents a selection of such efforts as they were manifest in the United States between 1965 and 1996. (One non-US film is included: Laurie Colbert and Dominique Cardona’s Canadian documentary Thank God I’m a Lesbian, 1992.) 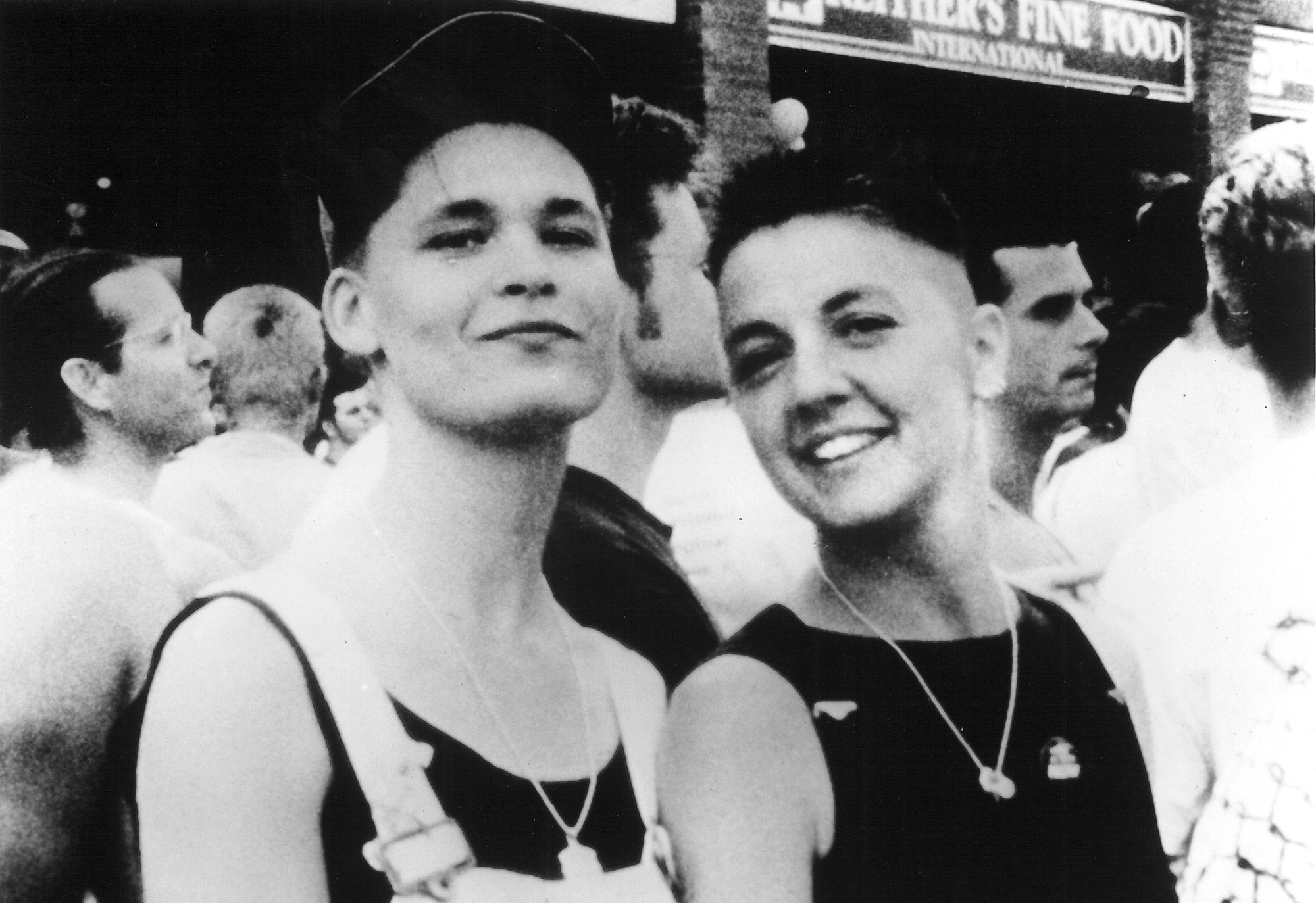 The twin associations of the series’ title—freedom and constraint—course throughout the chosen works. Stemming from various artistic and activist contexts, and providing ample evidence of their intersection, these films and videos are situated at the conjunction of visual thinking, living, and fucking. Breaking ground in the representation of historically marginalized subjectivities and sexualities, they exist on a spectrum extending from a strong commitment to formal experimentation (shorts by Barbara Hammer) to talking-head documentaries that prioritize the clear communication of personal testimony (the Mariposa Film Group’s Word Is Out: Stories of Some of Our Lives, 1977) and activist tapes (the safer-sex video Chance of a Lifetime, made by Gay Men’s Health Crisis, 1985). Across it all, the moving image is turned against the narrow repertoire of representations that prevailed in commercial cinema and television, toward other voices, other needs, other pleasures. 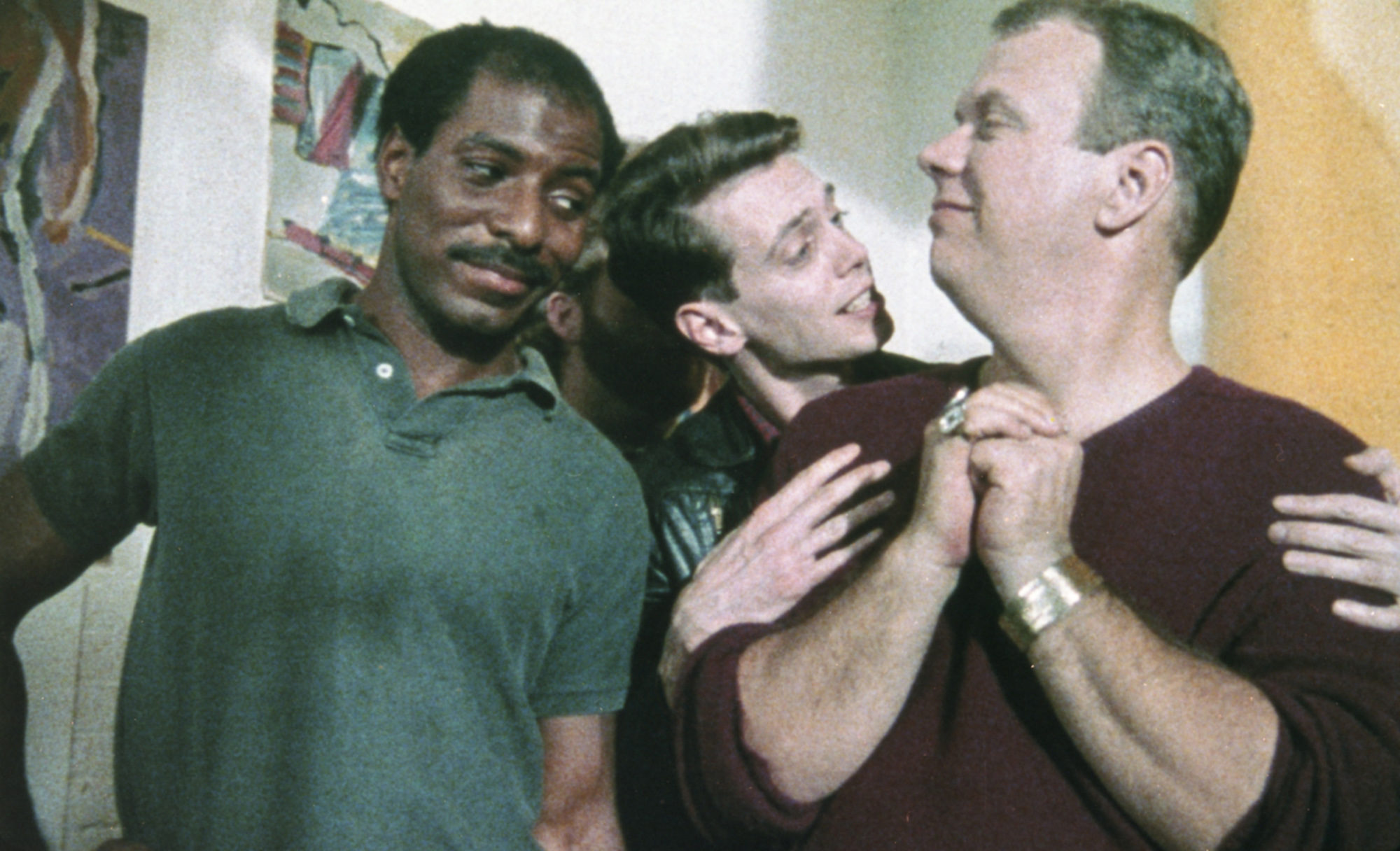 Despite this emancipatory ethos, Hemphill’s invocation of risk is never far away. Rather than framing queer liberation as a matter of uncomplicated optimism or growing acceptance, the series frequently attends to divisions within the queer community and the differential distribution of vulnerability and marginalization among its members. Unsurprisingly, these perspectives are most present in diverse works made in relation to the AIDS crisis, not only Tongues Untied, but also Gregg Bordowitz’s Fast Trip, Long Drop (1993), a diaristic video that reflects on living with the virus, and Bill Sherwood’s Parting Glances (1986), a narrative dramedy boasting a young Steve Buscemi as a seropositive musician lovingly ministered to by his ex-boyfriend. Parting Glances entertainingly renders the queer everyday of creative-class Manhattanites, but even here, in what is as close as the program comes to conventional fiction filmmaking, Sherwood makes no bid for assimilation. Jean Carlomusto’s Doctors, Liars, and Women: AIDS Activists Say No to Cosmo (1988) captures the ACT UP Women’s Committee in the midst of their first action, taking aim at misinformation published in Cosmopolitan magazine and frankly confronting the gendered, classed, and racialized determinations of who counts as an authority and who is given a voice, both in the movement to fight AIDS and in the public sphere at large. 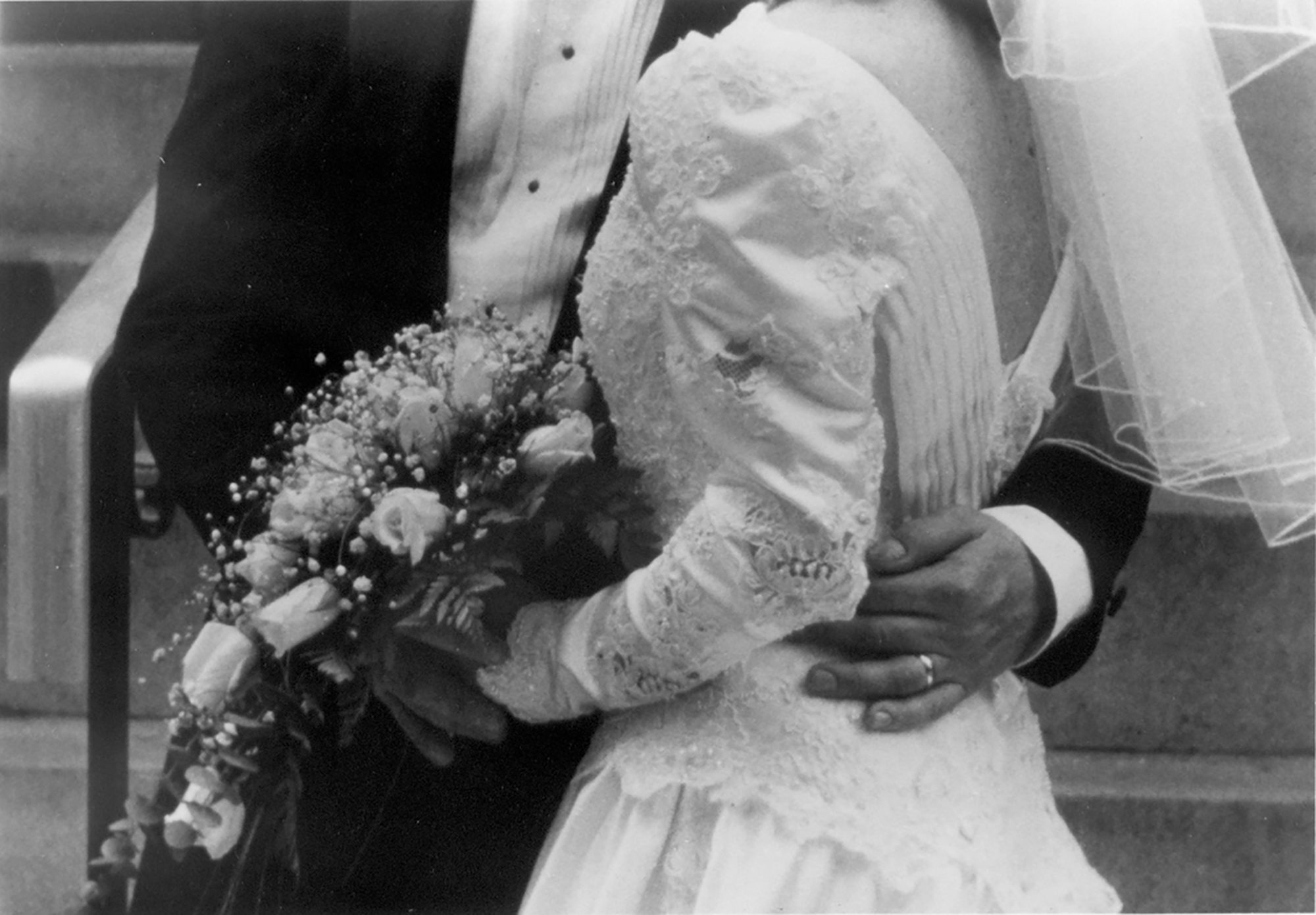 It would be not be wrong to understand “Now We Think as We Fuck” as structured around the rupture of AIDS, parsing queer life into a carefree before and an anxious after. Yet revisiting these films and videos while Mayor Pete is on the campaign trail, when homonormativity is a formidable cultural force and the demand for “positive” images still feels inescapable, I found it striking how many of them, from the very earliest through the plague years, challenge the attitudes and exclusions of respectability politics in ways that remain meaningful today. Running across the historical break of the epidemic is a continuous demand for the right to difference, to live otherwise. Even in Su Friedrich’s First Comes Love (1991), a 16mm short that ostensibly advocates for marriage equality, the equivocation concerning what it would mean to participate in such an institution—in such a spectacle—is palpable. Taken together, the films and videos of “Now We Think as We Fuck” underline the value of communities representing themselves to and for themselves—in all their messy ambivalence, replete with ugly feelings and disagreements. 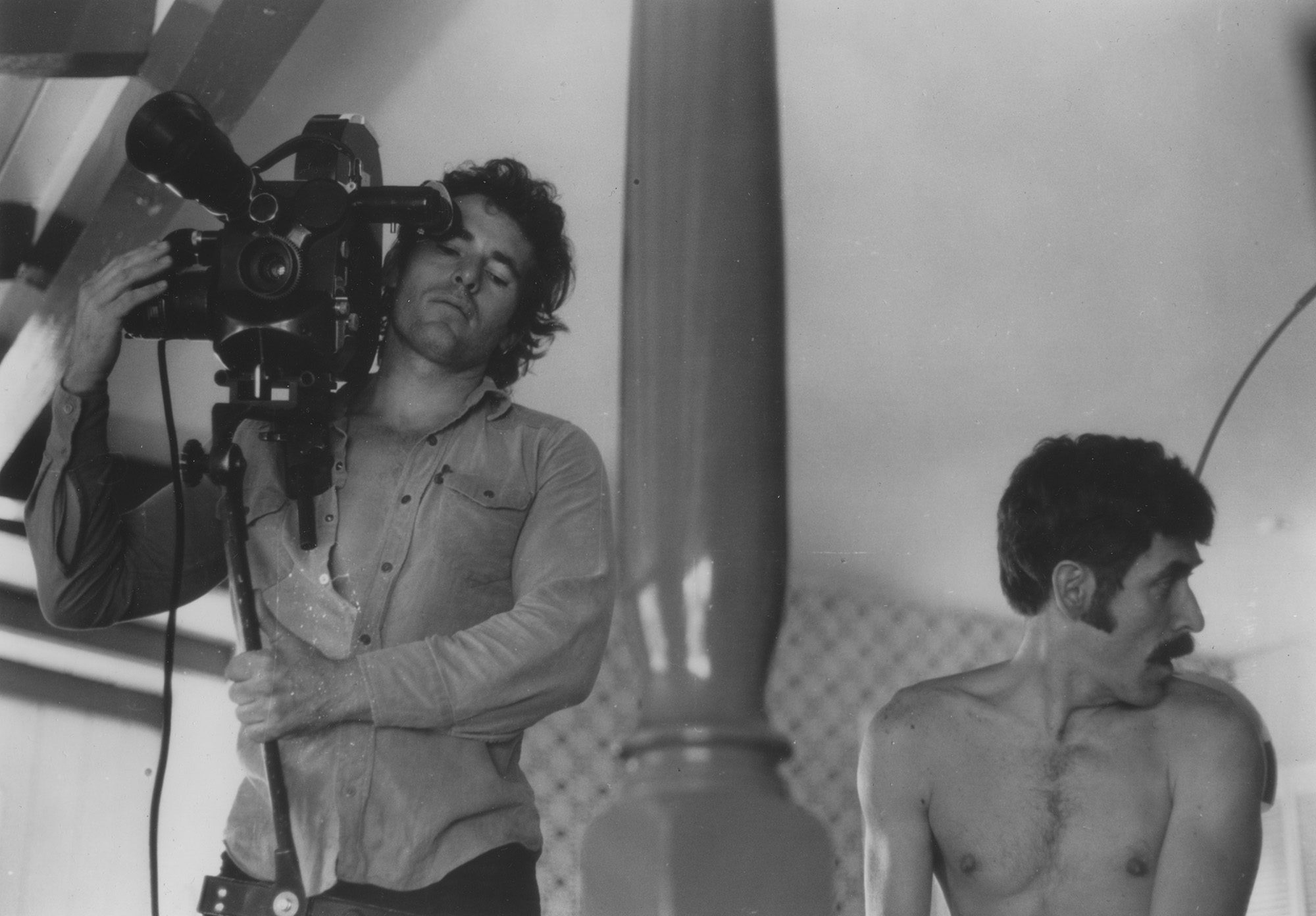 Erika Balsom is the author, most recently, of An Oceanic Feeling: Cinema and the Sea, published in 2017. She is a senior lecturer in Film Studies at King’s College London and writes criticism for publications including Artforum, frieze, and Sight & Sound. In 2019, together with artist Éric Baudelaire, she was awarded an UNDO Fellowship from Union Docs.