“all this blood & still no truce”: a new collection from poet Danez Smith. 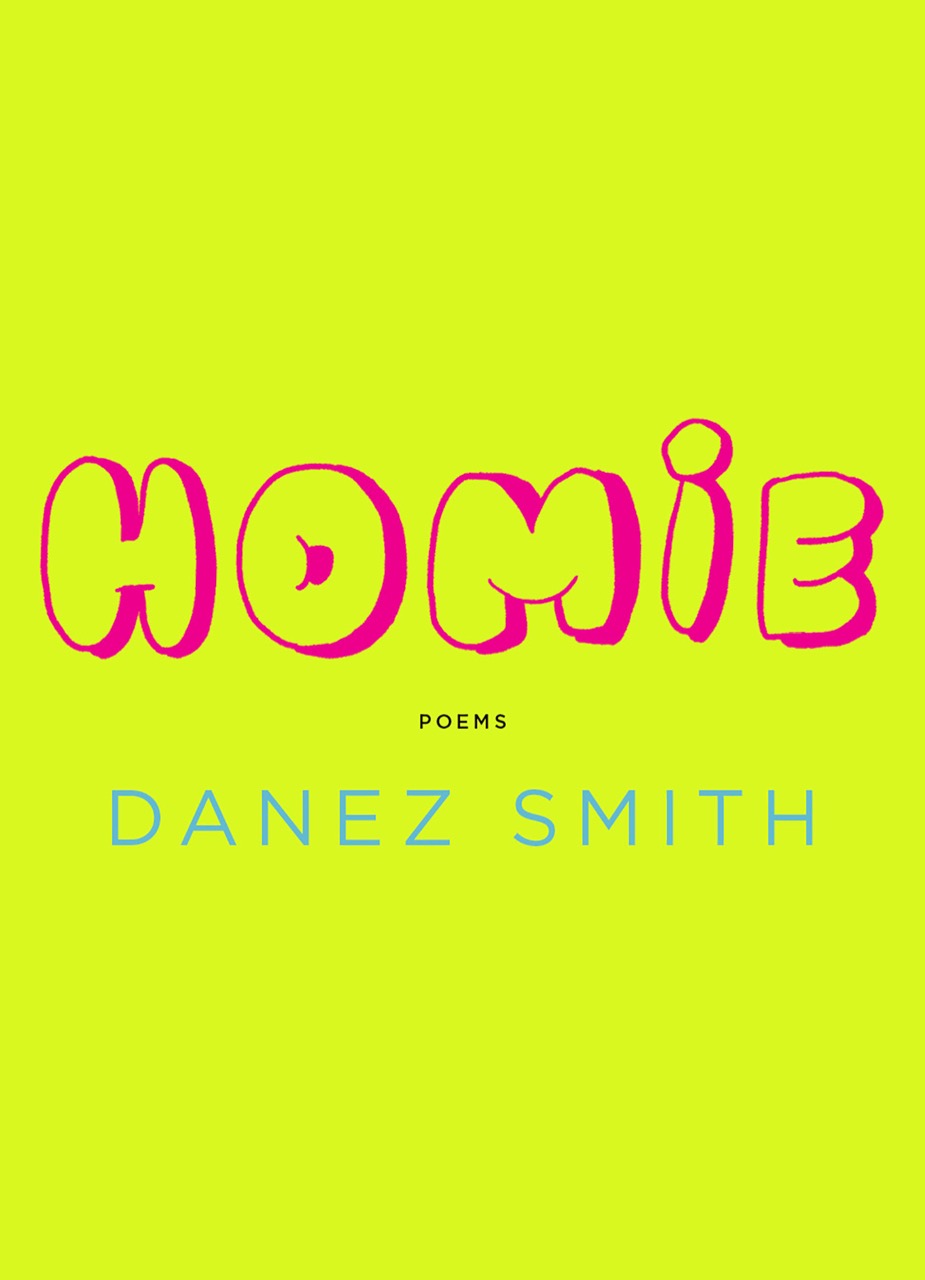 Ever since Danez Smith’s debut poetry collection, [insert] Boy (2014), won both the Lambda and the Kate Tufts Discovery awards, the poet’s rise has been swift, the critics near unanimous in their praise. Smith’s next book, Don’t Call Us Dead (2017), was a finalist for the National Book Award and won the UK’s Forward Prize. In Dan Chiasson’s review of that collection for the New Yorker, he praised Smith’s “restorative imagination,” noting that “summer, somewhere,” a gut-wrenching and kaleidoscopic remembrance of murdered black boys both well-known and unacknowledged, quarrels with a history that is “like a stubborn child: nobody can coax it into confessing.” The poem won the inaugural Four Quartets Prize from the Poetry Society of America.

But after accruing all these accolades, Smith starts out the new collection Homie by electing others to pride of place. The book’s opening piece, “my president,” doles out nominations to Beyoncé and Colin Kaepernick, but also “the boys outside walgreens selling candy / for a possibly fictional basketball team,” “& every head nod,” “& the cab drivers who stop.” For most of the poem’s long list of candidates, the bubbling subtext is black, and Smith’s only request is: “show me to our nation.” That Smith manages to hold “the weed dealers / & the teachers / & the meter maid who lets you slide” as equally representative does much to explain the fervor the poet inspires in readers.

Black, gender nonbinary, and HIV-positive; writing in a time when American society is reckoning with disproportionate police violence, the abuse wrought with prioritizing one gender over another, and the abandonment of scores of people during the AIDs epidemic: Smith has decided to show us the experience of people living in a society that wasn’t designed for them. Hence Homie’s uproarious and furtive real title, My Nig. A note from the author sandwiched between the “public” title page and the second one, which appears a few pages later, justifies this literary Trojan Horse: “i don’t want non-black people to say my nig out loud.”

To parse the aesthetic layers of this title choice is to till fertile ground; it’s a choice that presents an opportunity to discuss the unique parameters of black-on-black communication while unearthing the inclusionary power of language more broadly. In the topsoil, we find double consciousness—seeing one’s self through the eyes of others and making adjustments for the sake of self-preservation. But digging deeper exposes a precarious solidarity: by hiding the real name of the book, Smith only makes it available to those who take the time to read it. If the poetry were less earnest, this could come off as a gag—just another conceptual stunt. But the writer’s commitment to making black life visible while simultaneously expanding blackness’s scope when people are looking imbues this title with a different weight. After all, a world where the NAACP has mock funerals to bury the “n-word,” and where Ta-Nehisi Coates has to explain to a predominantly white audience why it’s racist to be upset for not being allowed to say said “n-word” during rap songs, might be a world in which hiding in plain sight is understandable.

Smith’s title poem captures all of the complex nature of that word, its associated stereotypes and its somber reality of pain and recognition

where streets
are paved with our enemies’ teeth

& the angels sing of shine
where the rivers flow milk & honey

& hennessey & kool-aid &
none of that, just give me

the heaven of now, just give me
days near water with my niggas.

just leave me be in the sun
surrounded by my nigs

as we get blacker
we caramelized children

of dark stars, we summer
kin, august colored, my brick

Two poems found at the center of the book further refract and complicate the word’s usage. “shout out to my niggas in Mexico” finds kinship with “drums & cornmeal,” with mothers who “make the same face when / they think of God, their dead sisters, the rent.” A roll call featuring Africans, Asians, Muslims, and the broader Caribbean is compiled, Smith’s broad interpretation of their “favorite word” duly noted until the poet elaborates on the noticeable omission of white people in the piece: “& yes. yes, it’s intentional. / they were never invited.”

Yet the next poem is called “white niggas.” This could easily fall into Tom Hanks on “Black Jeopardy” territory, and there’s some humor and awkward banality there, an appreciation of “the joy of a good piss, the smell / of fresh-cut lemon.” But the real issue is the absurdity of mutual fear arising from acutely felt cultural demarcations:

if i am trying to avoid you to stay alive

& you are trying to avoid me to stay alive, what is that
the definition of? all this blood & still no truce.

come to my door thirsty, i’ll turn the faucet & fill
the glass. if I come to your stoop, don’t shoot.

In its plainspoken yet voluminous vocabulary, its full-scale embrace of the body, and its ecstatic rendering of everyday life, Smith’s distinctive song of the self inevitably recalls Whitman. But whereas the latter’s poetic vision was essentially neutral—taking everything into account to produce a pluralistic whole—Smith’s writing presents an identity tempered by a society that is slow to administer acceptance. Smith is a poet of profound abundance and empathy, and in this collection the moments that stay with you the longest are the ones that reflect on abandoning the socialization of a prolifically cruel world; how the black popular imagination, though familiar and comforting, carries the potential for damage and delusion just like the white popular imagination. “self-portrait as ’90s R&B video” cycles through a montage of learned postures, where their “man is so fake / he don’t exist.” Spending time in the mirror, instead of in front of the screen, leads the poem’s speaker to “burn[ing] this whole shit down / like Left Eye would,” with caveats: “i hope i make it.”

The aptly titled “my poems” notes that Smith’s work is “fed up & getting violent.” The impulse isn’t hard to identify with. It’s exhausting, having to explain the contours of one’s existence over and over. Much better to “poem ten police a day,” to “poem the mayor with [your] bare hands,” to poem with the confidence that you are strong enough to shoulder the universal: “i poem multitudes multitudes multitudes.”

J. Howard Rosier lives in Chicago, where he edits the journal Critics’ Union. His writing has appeared in the New Criterion, Kenyon Review, Bookforum, and elsewhere. Rosier was named to Guild Literary Complex’s “30 Writers to Watch” list, and is the recipient of an Alan Cheuse Emerging Critics Fellowship from the National Book Critics Circle.