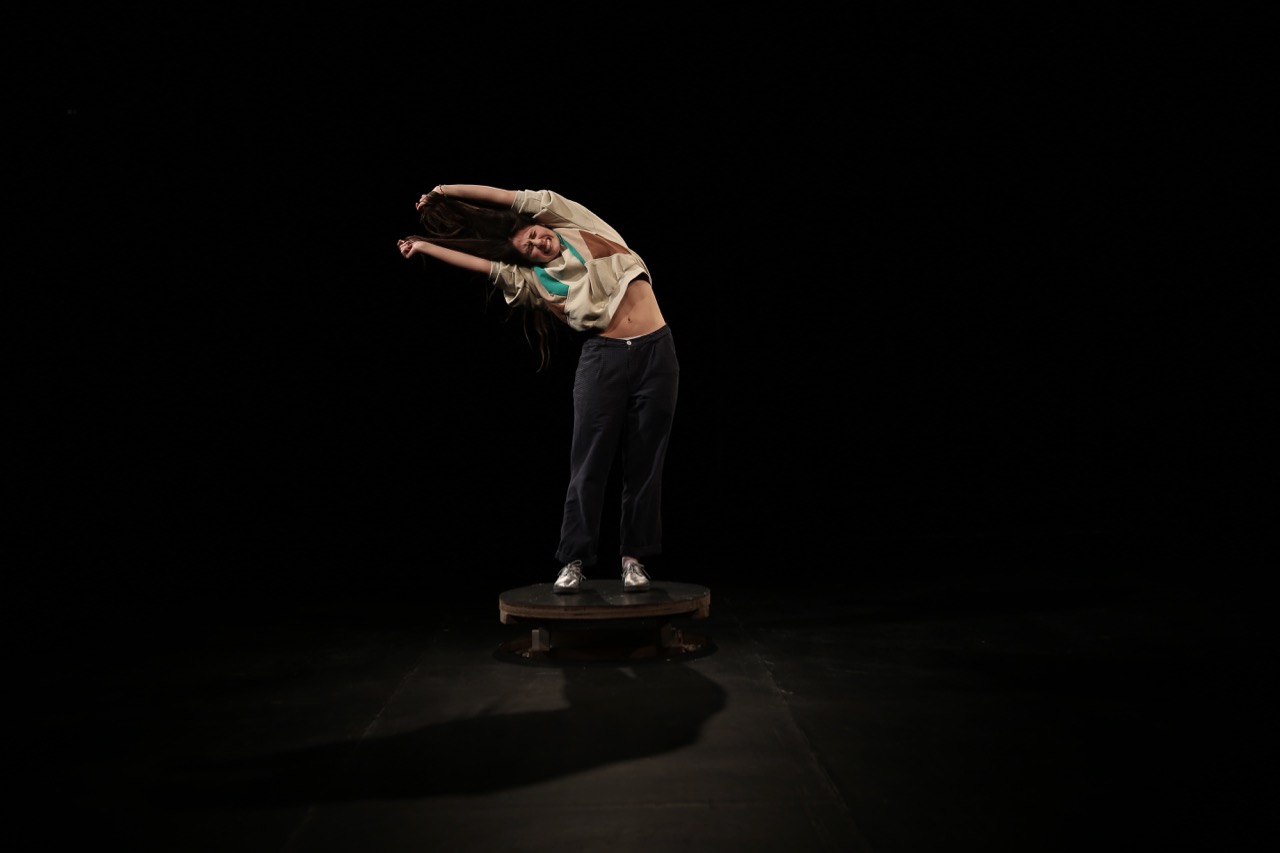 A lot of new American plays these days feel like theatrical equivalents of the memes that unceasingly populate our screens: provocative words or cleverly framed scenarios, making righteous points. Theatrical form serves as a three-dimensional delivery system for commentary, rather than an embodiment of heightened, expressive consciousness. The playwright-director Richard Maxwell never makes that kind of declarative theater, though he has occasionally used the stage to investigate the psychic fallout from an unmoored society. His austere, frequently beautiful dramas don’t seek to persuade or educate; instead they reflect, often in unexpected ways, on the residue of emotions and experiences that cannot easily find words. When his characters climb on a soapbox—as they sort of do in his new play, Queens Row—they face a crisis of speech.

Queens Row, now running at the Kitchen, deepens Maxwell’s longtime preoccupations while evoking a postapocalyptic America. As he did in Ads, his 2010 installation show, the director presents a darkened, unadorned stage and a succession of performers atop a tiny plinth, just large enough for one person. In Ads, the speakers were virtual projections—hologram-like visions of life in nonliving video form. In Queens Row, three actual humans take the stand, women who exude mettle and quiet confidence. (The compelling performers are Nazira Hanna, Soraya Nabipour, and Antonia Summer.) Each offers a monologue recalling her experience of a shared catastrophe. Gradually, as the murky fog hanging over the narrative lifts, we realize their stories intersect. 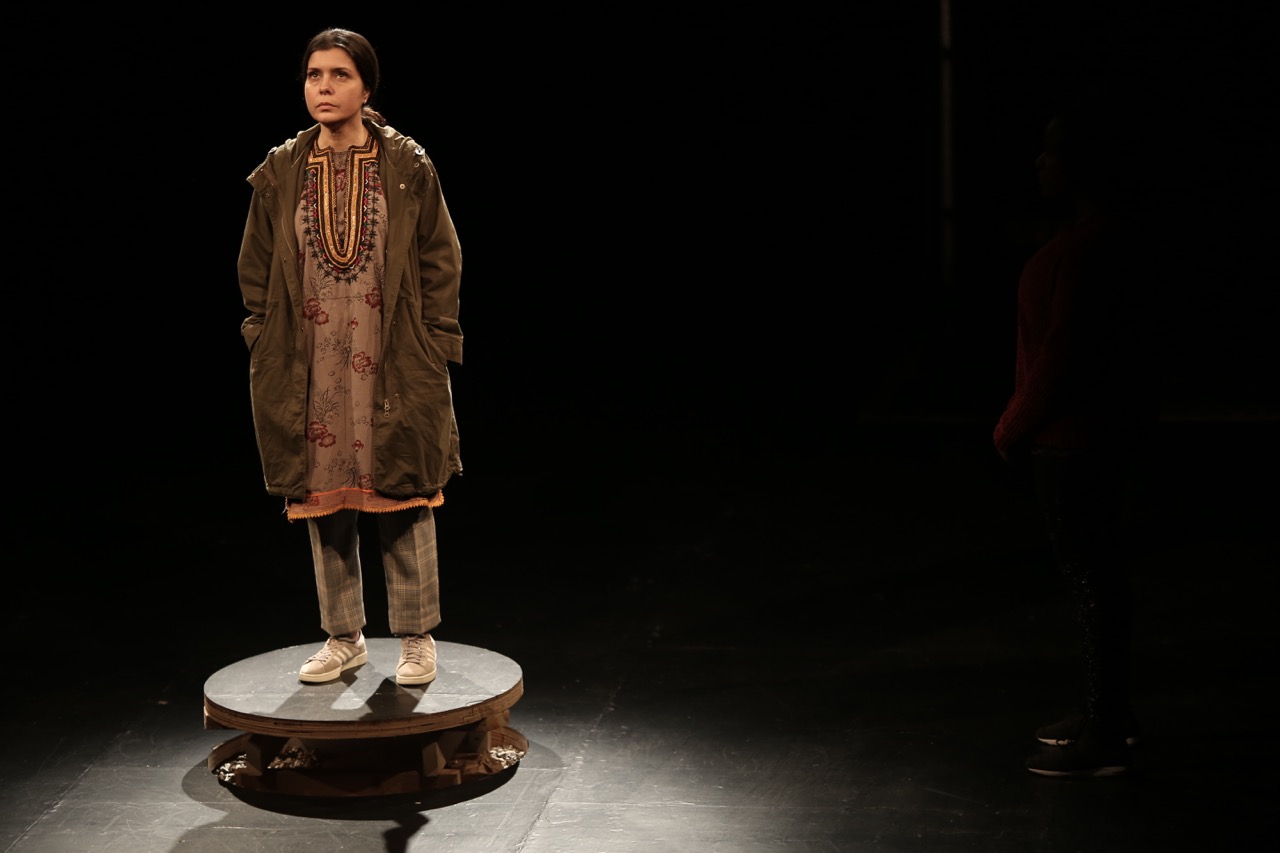 These unnamed women recollect the events leading to a troubled current moment: conflicts between the “upper” and “lower” castes, then confrontation between people “inside” and “outside,” led to racial and nationalist rifts. Next came riots, a civil war, sporadic violence, and curfews. The first woman tells us how she lost her son—initially when he fled Queens Row, Massachusetts, and drifted to Odessa, Texas; then, following a dispute over his girlfriend with a hired hand, more permanently. Now she takes comfort from the Koran, which brings her closer to the stars and the unfathomable. 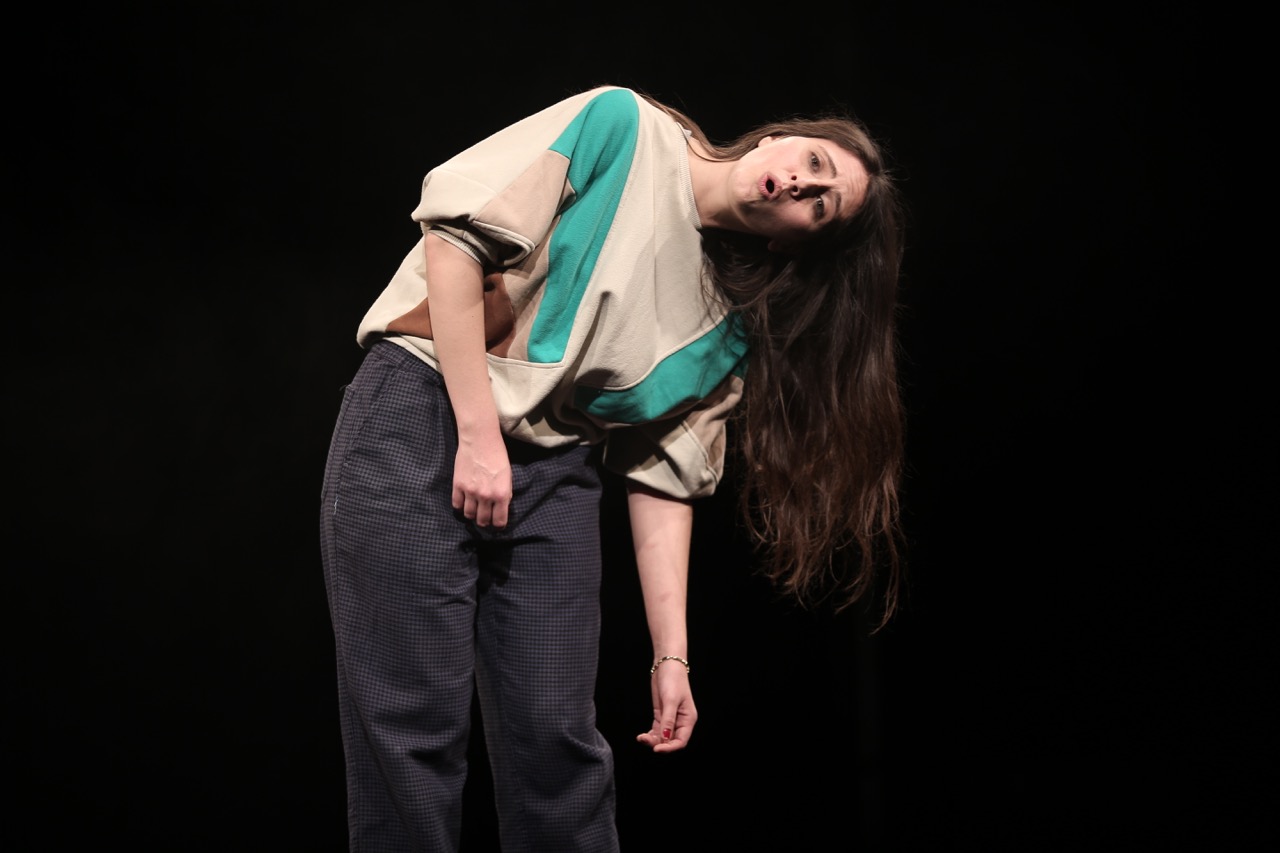 The second woman remembers life in Odessa while addressing her departed lover—perhaps the first woman’s deceased son. (“It was just one dance,” she laments, dropping a clue.) Memories have a narcotic effect, she observes, “whiting out pages in the history, making me search through.” Now she haunts the remaining swimming pools and ballgames of Texas, surveying vistas for her lover’s ashes but finding cowboys and angels instead; “it’s myths we put on them,” she says of the people she visits. 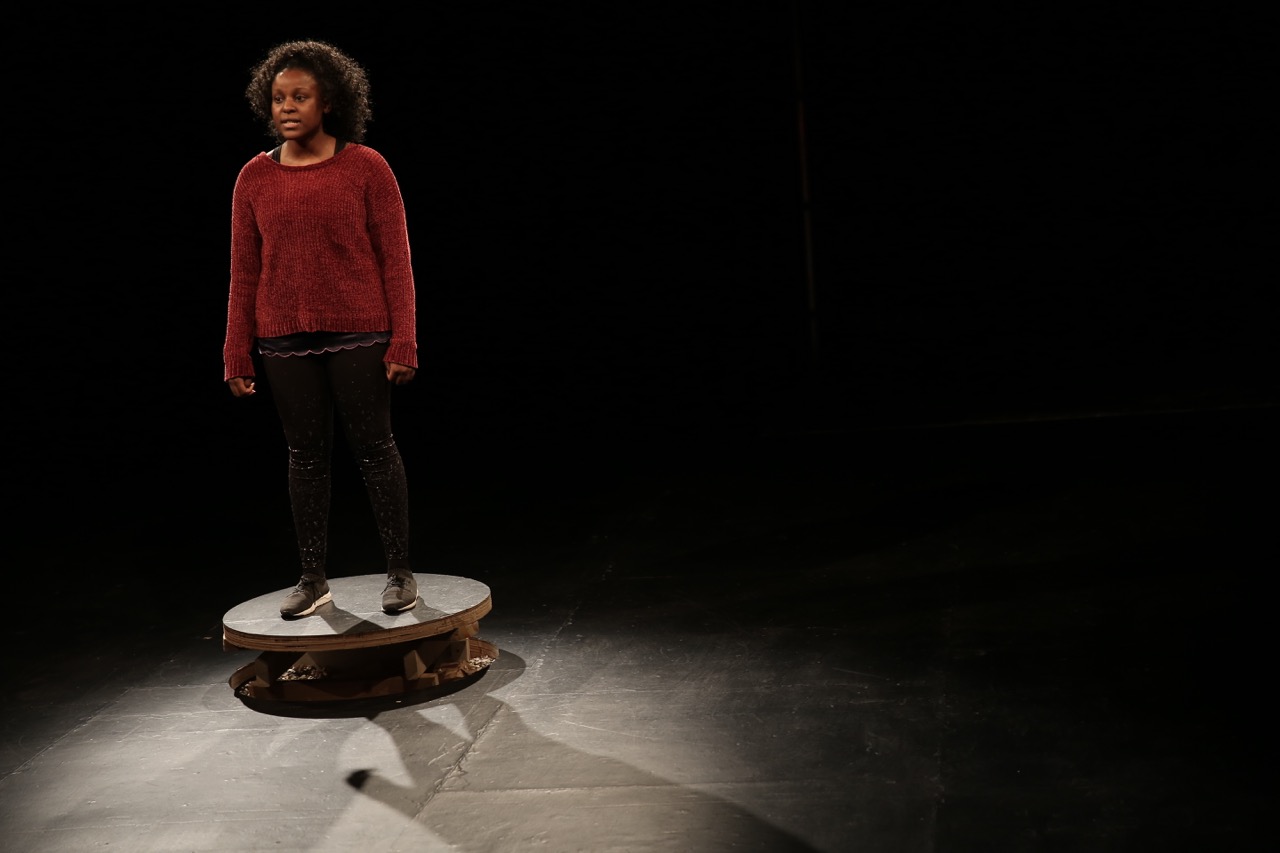 An otherworldly vision interrupts this unraveling narrative thread: light flashes, a waft of smoke. A final speaker appears—a third woman, a daughter remembering her parents among other things—but her speech breaks down. She finds sounds, but the words don’t form.  She keeps going—a post-Beckettian vision of disintegration and perseverance. Are we now witnessing, rather than just hearing about, the trauma unleashed by cataclysm? Eventually her sonic fragments coalesce: words, phrases, then sentences. Like her two predecessors on the plinth, she too testifies that she clings to faith, to hope. “While we may struggle / from time to time,” she concludes, “we would never say that we suffer.”

These three survivors recall the country’s implosion as a matter of fact; catastrophe feels almost incidental to the numbed emotions that follow. This tension works like a sort of glowing ember in Queens Row: listening, we struggle to comprehend the incomprehensible circumstances of the collapse, but end up giving in to the mesmerizing, reassuring sonority of these women’s voices—their flattened but soothing, dulcet intonations imparting their conviction that the world carries on. 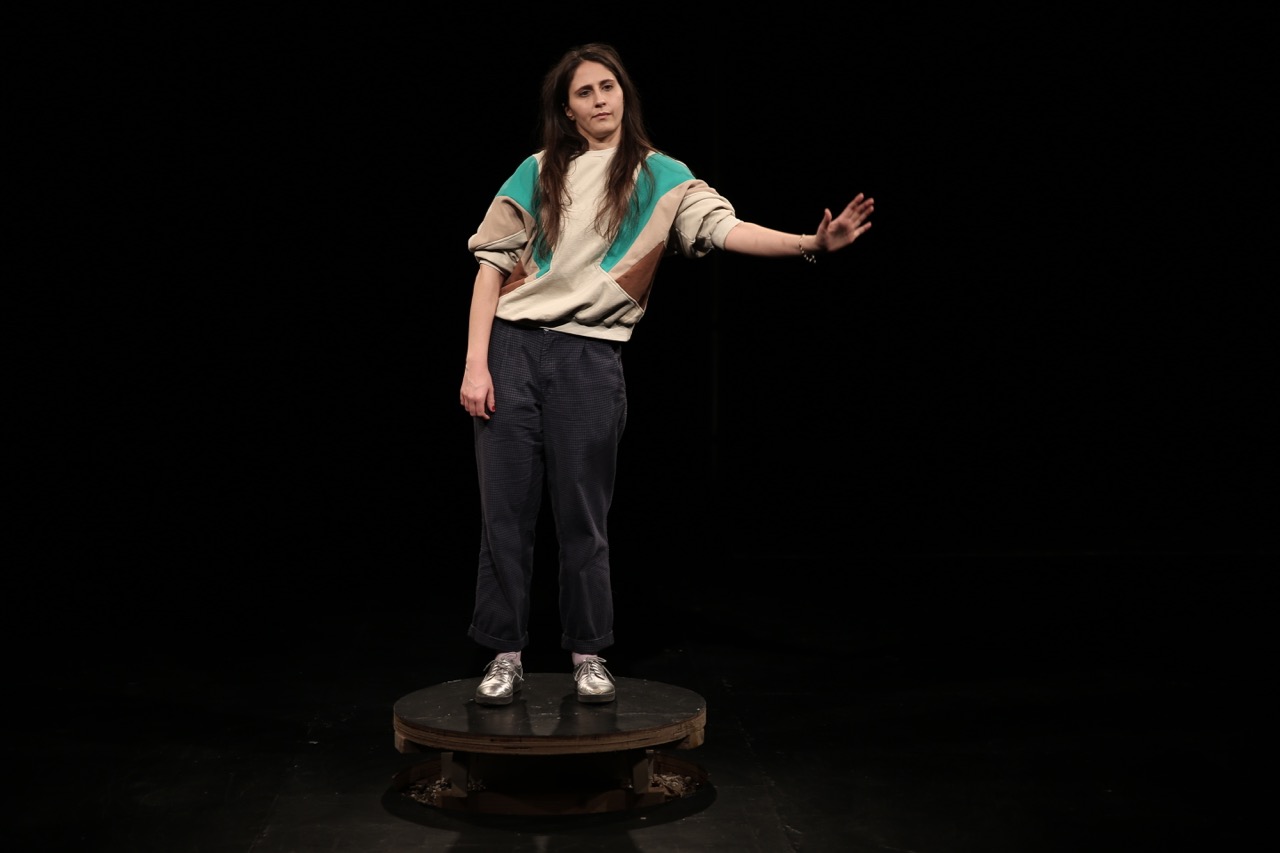 Queens Row signals a possible new direction for an artist who has always sought the mysteries of communication. The early shows Maxwell made with his company, New York City Players, starting in the late 1990s, unveiled a bracingly original spartan dramaturgy. His characters resembled stick figures, trapped in rudimentary domestic sketches. They ached to convey inner longings through hollow words and pallid tones. House (1998), Boxing 2000 (1999), and Drummer Wanted (2001) all hinged on the impossibility of articulating the groundswell of lyrical emotion buried underneath everyday speech. Gradually—perhaps influenced by the European theaters where the company often developed and toured work—Maxwell began to introduce more explicit social dimensions, exploring how situations pressure and cloud the capacity to communicate: a security guard faced intruders, for instance, in the 2006 post-realist play The End of Reality. More recently, the playwright has enlarged the stature of his domestic spheres with transcendent classical elements—Greek mythology, Dante—in plays such as The Evening (2015). In other works, he did this by experimenting with media and modes of direct address. 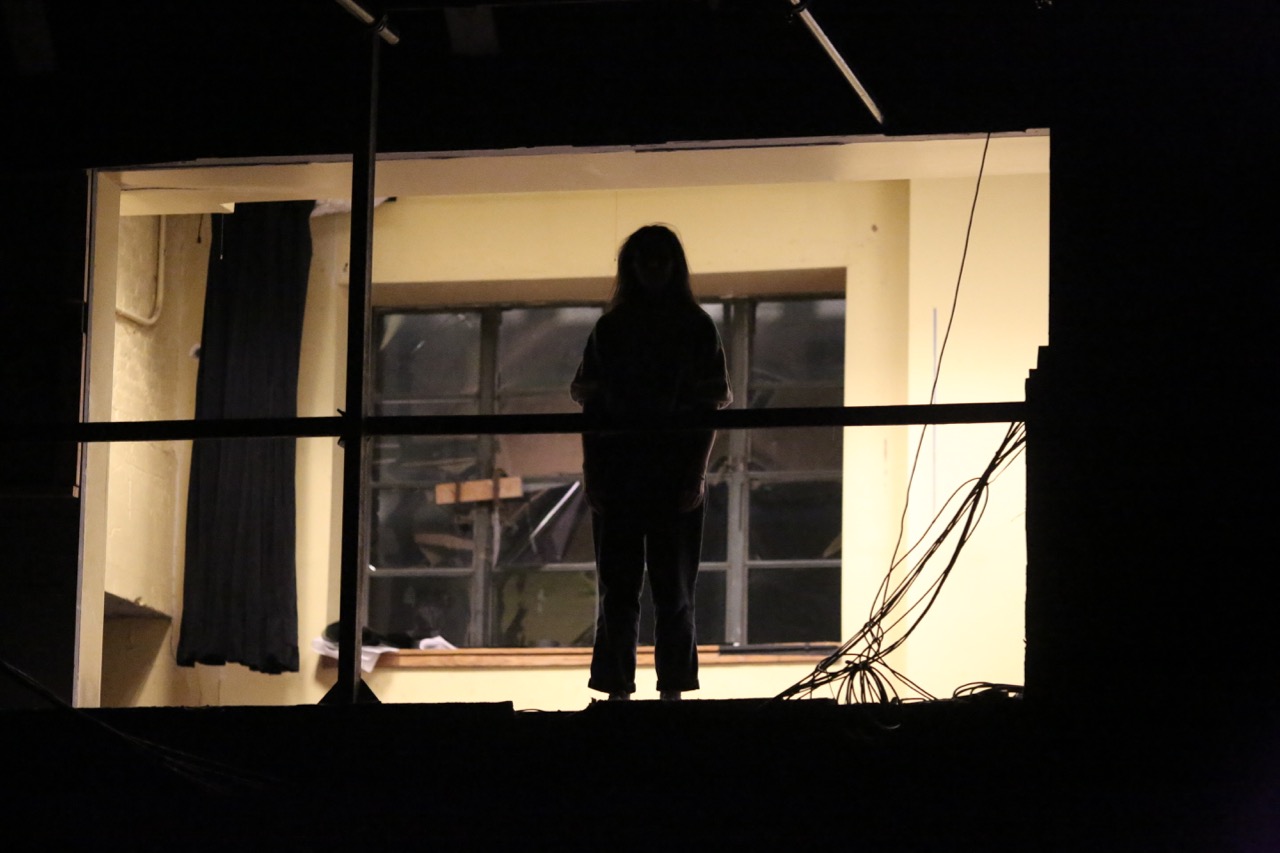 In Queens Row, Maxwell pares away nearly every layer of theater—character, narrative, image, and movement are minimized or submerged. The staging shows that less really can be more: in spite of the sparseness, these monologues acquire a mythic charge, making us wonder—just how human are these figures appearing before us on the raised pedestal? Maxwell tips to the supernatural throughout: the never-seen man has gone missing in an epic battle, leaving a mother, a lover, and a daughter. And—do we perceive deities or demons in the darkness (an extended blackout), or in the flickering lights between sequences? What to make of the enigmatic silhouetted observer we glimpse on an upstage balcony?

Another kind of playwright might worry more about the social framework: in a work nominally set in Massachusetts, Texas, and New Mexico, these ostensibly American characters speak with British cadences, in an intentional (but murky) tilt away from verisimilitude. Queens Row seems, in some ways, to put forward Maxwell’s acknowledgment of our national crisis, but the futurism remains more atmosphere than prophecy. He fills the air with words, but doesn’t really want us to find potent connections with their poetry; we can just appreciate their shape and sound, knowing they amount to survival. Queens Row offers something far more than expected from a play mirroring a besieged era: resilience and intimations of divinity, unfolding with the fluidity of a dream.