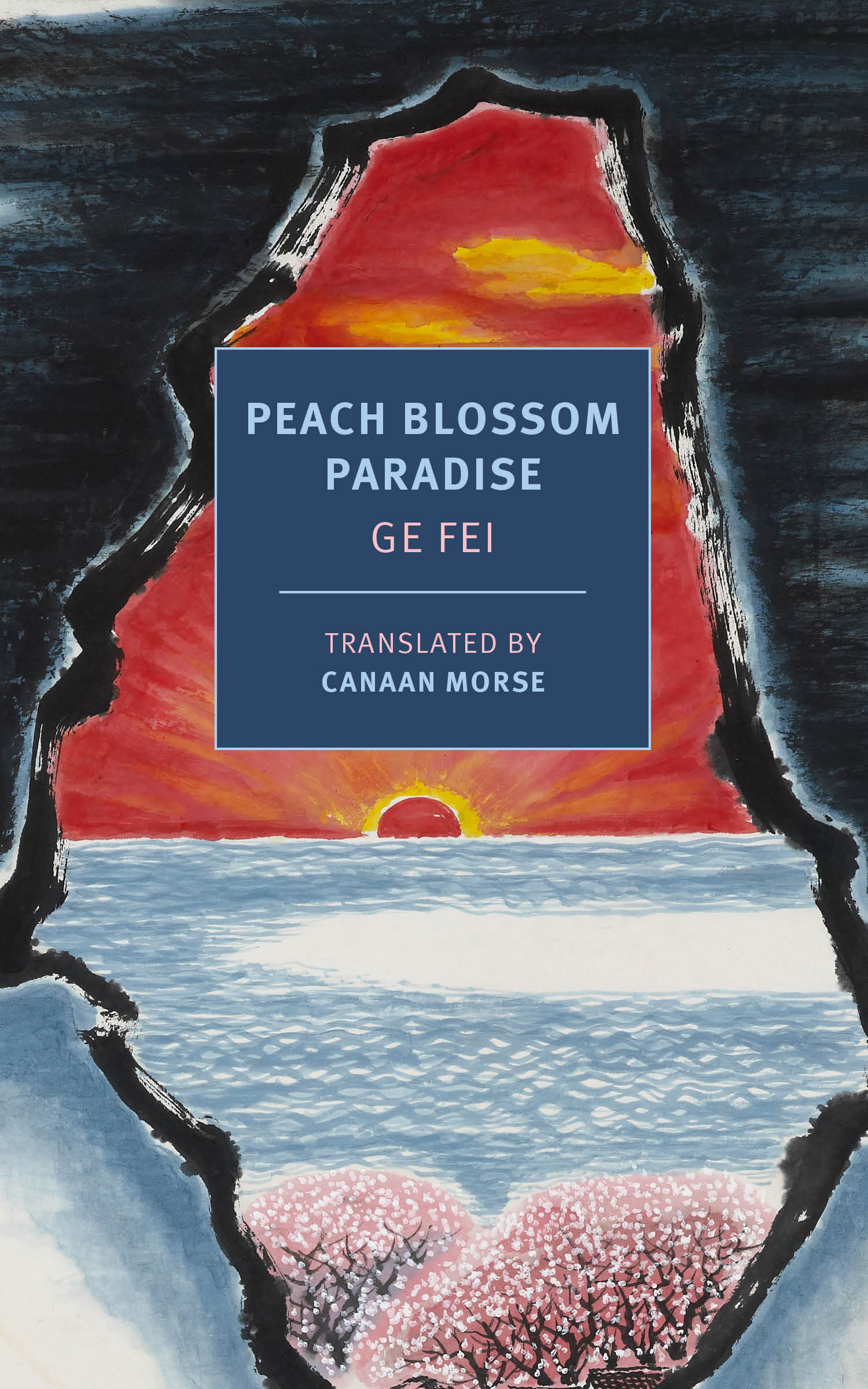 Good historical fiction often hinges on an age-old question of agency: What power do individuals have to turn the wheels of change? In the view of Chinese author Ge Fei, whose work has just begun to trickle into English translation, the answer is resoundingly bleak. Like a number of his literary compatriots who emerged in the 1980s—a time when China was opening up economically and culturally, and its artistic avant-garde was starting to flourish—Ge Fei (whose real name is Liu Yong) has long operated under the dark spell of Kafka. The novella that marked his breakthrough in the US, The Invisibility Cloak (published in English in 2016), shows the depth of this influence; its antihero, an audiophile who builds high-end sound systems for the nouveau riche, is an avatar of existentialist dread adrift in a noirish hellscape. Peach Blossom Paradise (2004)—the first installment in his award-winning Jiangnan trilogy, a multigenerational epic that charts the turbulence of the twentieth century from the vantage point of a small village south of the Yangtze River—may be vastly different in setting and less overtly modernist in flavor, but it too is suffused with a bone-deep fatalism, an understanding that the world isn’t ours to transform.

Unlike the spiritually stifled Beijing of The Invisibility Cloak, the rural milieu that Peach Blossom Paradise depicts is electrified, however fleetingly, by a sense that another world might be possible. The title itself, which references a fable about the discovery of an ethereal utopia, roots the story in an ancient yearning for Arcadian bliss. The novel kicks off at the end of the nineteenth century, a turning point when China’s imperial government was being challenged by calls for grand-scale modernization, inspired in part by the country’s humiliating losses in the First Sino-Japanese War. Key to the book’s allure is Ge Fei’s choice to focus not on the 1912 overthrow of the Qing Dynasty—a familiar milestone—but on a historical hiccup that preceded it. In 1898, reformist intellectuals persuaded the emperor Guangxu to support their progressive plans, but conservatives quickly staged a coup d’état, stopping this revolutionary interlude in its tracks.

Very little of this context gets elucidated in Peach Blossom Paradise, leaving unacquainted readers to find their bearings on their own. But while allusions to obscure real-life figures and to classical literature make the book a denser, less immediately accessible experience than The Invisibility Cloak, it doesn’t take much expertise to lose yourself in Ge Fei’s sinuous storytelling. There’s certainly no shortage of intrigue and atmosphere. We’re introduced to the protagonist, Xiumi, in her adolescence, as she bids farewell to her father, who has been driven mad either by a talismanic painting that has come into his possession or by his utopian zeal. A deposed government official, the patriarch has spent years as a hermit, obsessing over social projects that no one else in the community seems to be clamoring for. Growing up in the shadow of a dreamer, Xiumi is primed to inherit his wayward idealism. But it’s not until she survives her own traumatic initiation into adulthood that she picks up his mantle and runs with it.

Xiumi’s coming-of-age dominates the book’s riveting first half. While the plotlines are too elaborate to summarize here, they elegantly track the movements of a large and vibrant cast of characters. The main catalyst for Xiumi’s emotional and political awakening is her mother’s lover, an undercover radical who harbors an attraction to Xiumi that the teenage girl discovers while reading a journal left behind after his untimely death. When an arranged marriage to a stranger carries Xiumi off to a distant town, she winds up being kidnapped and transported to a remote island overrun by bandits fighting to control the makeshift paradise they’ve established there. In a delightfully macabre masterstroke, Ge Fei places Xiumi under the wing of a witchy nun—perhaps the most captivating of the novel’s many bit players—who coolly instructs the heroine to resign herself to subjugation, a fate shared by most of the other women in the book. “If you can endure a month, you can endure four years or forty,” she advises. “Suffering will always be a fact of life.”

At several points, Ge Fei conjures up so much narrative that the inertia of his pacing comes off all the eerier. The profusion of incident becomes unsettling when we realize that it doesn’t actually move anything forward, that the characters’ grueling revolutionary activity has barely changed a society that seems trapped in amber. When Xiumi returns to her hometown to implement sweeping overhauls of the local education and health care systems, she all but evaporates off the page, and we’re given only the roughest, most impersonal descriptions of her civic efforts. Viewed with suspicion by her family, and laughed off by Xiumi herself (“I’m not doing anything,” she says, “just having fun!”), these ambitions serve no conceivable public purpose. Right at the novel’s midpoint, Ge Fei renders this budding firebrand a specter in her own story, a bold move that, for better and for worse, strips the novel of its psychological momentum.

It has to be a rare achievement for a book this richly (and, for the most part, traditionally) plotted to end up feeling like one long, vaporous sigh. Much of this effect has to do with Ge Fei’s slippery handling of time and space. Without warning, days melt into years. Characters flit in and out of focus, their ideological convictions yielding to the vicissitudes of the heart. The moment the cloistered domestic life of Xiumi’s family seems to be falling back into its familiar rhythms, it’s thrust into contact once again with the inscrutable realities beyond its walls. But within this ever-shifting landscape, Ge Fei pins his narrative down with a host of recurring motifs—a pair of golden cicadas, a broken umbrella, the reflective bottom of a basin—that lend solidity to this imagined world. These totemic objects are what the characters have to cling to as they confront the meaninglessness of all that surrounds them. It’s because of the care the author lavishes on such physical details that, even in our perplexity, we do emerge from the book with the sensation of having returned from somewhere real, with memories as clear as still water.