In The Appointed Cloud, radical sound art meets the
Great Hall of Science. 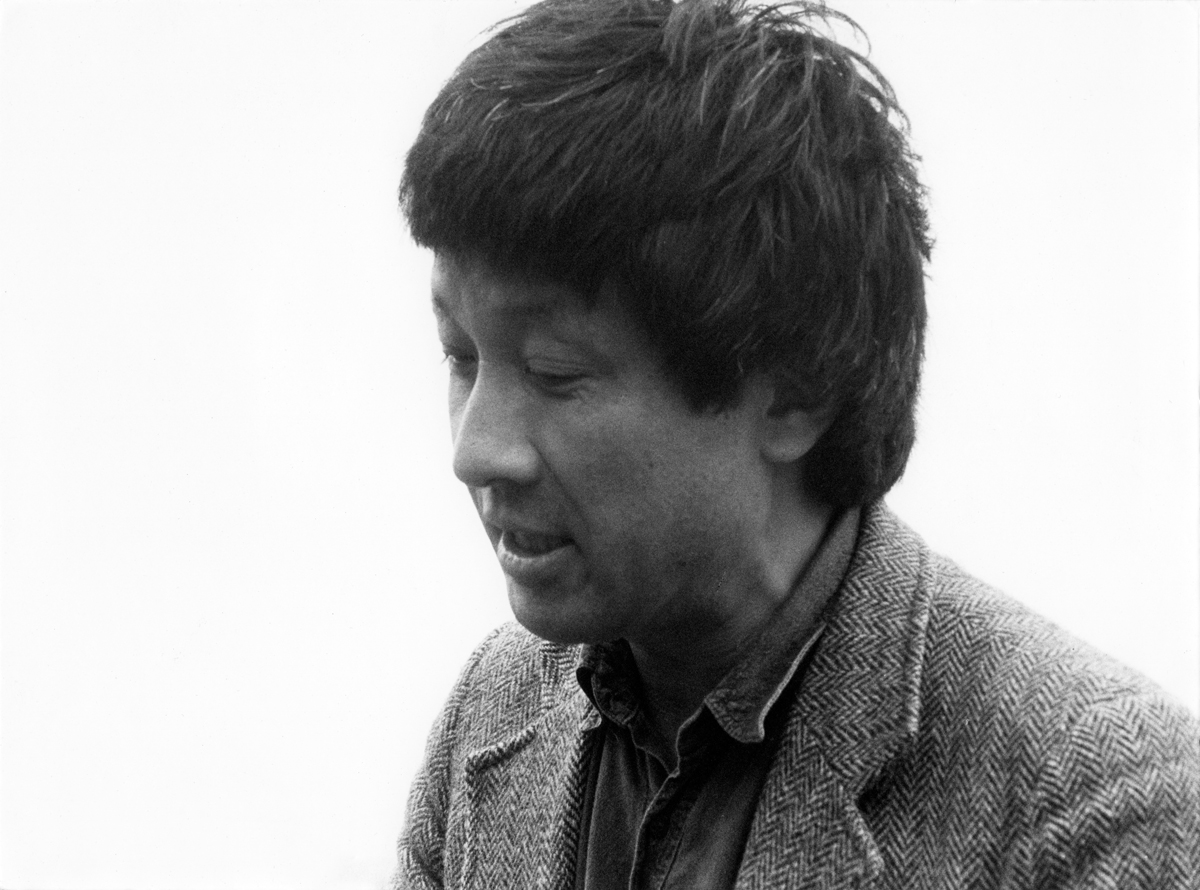 Yoshi Wada spent his life creating an extraordinary sonic landscape. The noted artist and composer, who passed away this month at the age of seventy-seven, worked with sound as a material in singular ways, building instruments and sonic worlds that expanded our notions of what experimental music could be. “I search for deep and ringing sound that travels deep into my cells,” he once said. “Where does this sound exist?”

Wada was born in Japan and trained as a sculptor at the Kyoto University of Fine Arts. In 1967, he moved to New York, where he met artist and Fluxus founder George Maciunas. Wada became involved with Fluxus, and assisted Maciunas with his now-legendary project of renovating buildings in Soho, converting them into live-work spaces for artists. In Manhattan, Wada joined a thriving artistic community. He befriended the composer La Monte Young and studied in the 1970s with the master Indian vocalist Pandit Pran Nath, a mentor to Young and many others in the downtown music scene.

It wasn’t long before Wada began his own unique musical experiments, incorporating drones, resonances, overtone singing, and homemade instruments. For Earth Horns with Electronic Drone, recorded in 1974, he crafted a series of huge instruments he called “pipe horns.” “At the time when I began making Earth Horns, I didn’t want to use traditional instruments,” he told his son and frequent collaborator, Los Angeles composer Tashi Wada, in a conversation published in Bomb in 2016. “I was doing plumbing work for a living and picked up a piece of pipe, blew into it, and it created a very good sound. So, I began building instruments using plumbing pipes and fittings.” In a New York Times review of a 1974 performance at the Kitchen, critic John Rockwell wrote that Wada’s longest pipe horn was over twenty feet in length. “The result was certainly one of the more coloristically attractive of the many recent instances of minimalist, steady-state sound that one hears these days,” Rockwell commented, “rather like an evening’s worth of the very beginning of Wagner’s Rheingold.”

Wada later moved from these bulky pipe horns to the more portable, manageable bagpipe—apparently inspired by an intensive study of the music of the Scottish Highlands. This became his signature instrument. It may seem like an odd stylistic choice, but the concept of the drone is built right into the design: the reeds of the instrument include a “chanter,” where the melody is played, and an additional pipe (or several) that supplies a constant droning sound. Bagpipes are also impressively loud, capable of reaching upward of 120 decibels without electrical amplification. Wada modified them and built his own bagpipe-inspired instruments. “The first homemade bagpipe kind of instrument was made in 1978,” he explained to writer and musician Jim Haynes in the Wire in 2008. “At that time, it was at the beginning of people recognizing sound as art. There was a sound show at LAICA [the Los Angeles Institute for Contemporary Art] in Los Angeles where I had been invited to perform in 1979. The instrument, which I fabricated, was called an ‘adapted bagpipe with sympathy.’ ” Wada’s remarkable album Lament for the Rise and Fall of the Elephantine Crocodile, originally released in 1982, incorporated bagpipes and vocals in an empty swimming pool, generating a meditative, reverberant space. 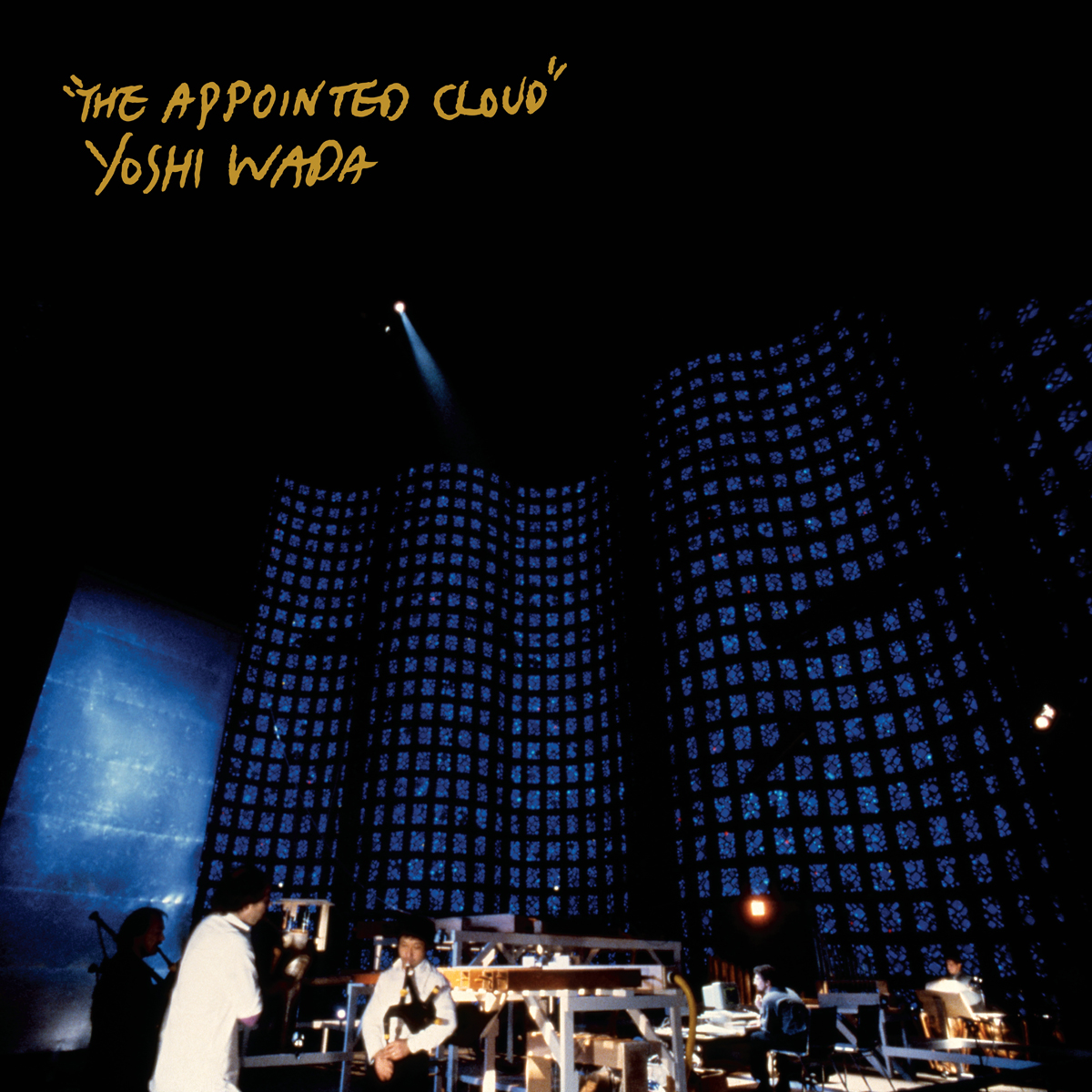 A new vinyl reissue of Wada’s The Appointed Cloud was recently released by Saltern, the label run by Tashi Wada. The Appointed Cloud was a 1987 sound installation in the Great Hall of the New York Hall of Science. In the liner notes, Yoshi Wada recalled how awed he was by the room. “The building was designed for the 1964–65 World’s Fair and had spaceships hanging from the ceiling so people felt like they were traveling in outer space,” he said. “It was an amazing experience with the sound of the pipe organ, sheet metal, pipe gong, and bagpipes all together.” 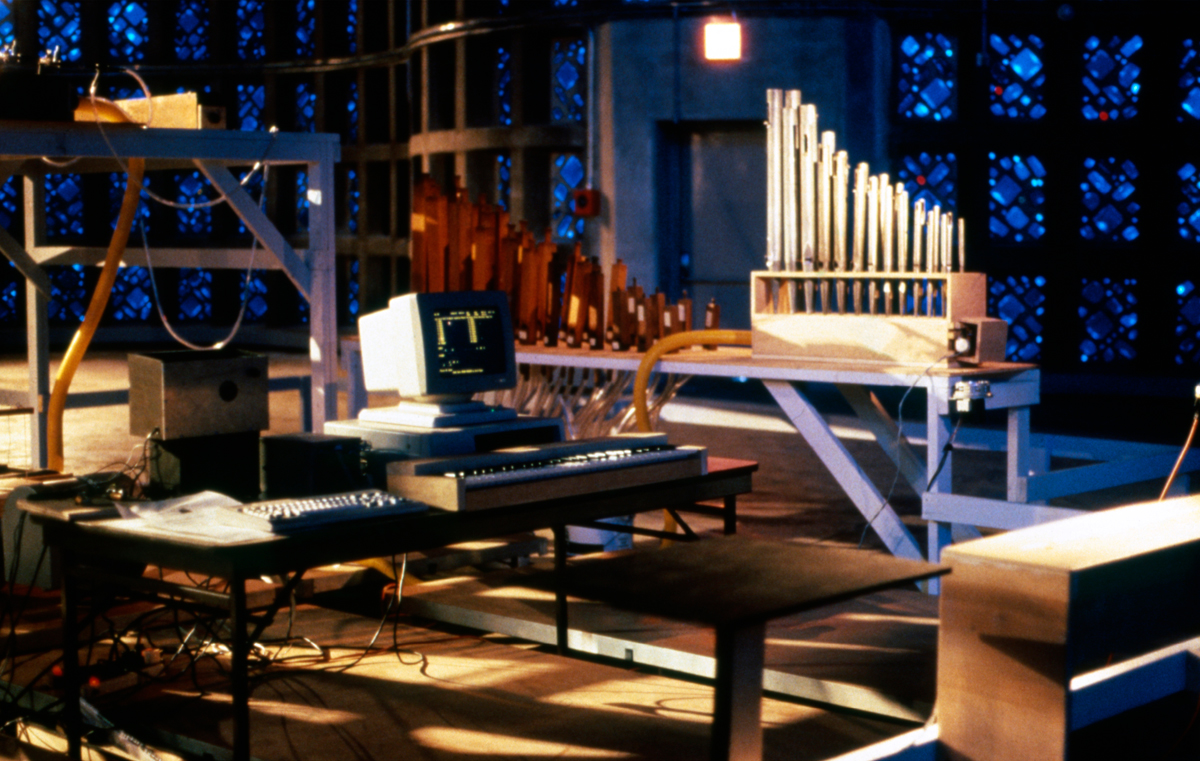 The Appointed Cloud was Wada’s favorite of all his works. It was a fantastical spectacle and immensely popular with people of all ages. The piece was interactive—the components were all computer controlled (no small feat in the 1980s) with a custom interface and software written by engineer David Rayna, also known for his work with Young. Visitors could play the installation by pressing on buttons, leading to a satisfying clang. “A lot of young children came, and they went crazy pushing the buttons and enjoyed it quite a lot,” Wada recalled in Bomb. In a way, it was his big crossover into the mainstream: from downtown art spaces like Maciunas’s Fluxhouses to a popular science museum in Queens, where kids and adults alike could appreciate Wada’s radical sound art while also learning the structure of the atom and the basics of chemistry and biology. 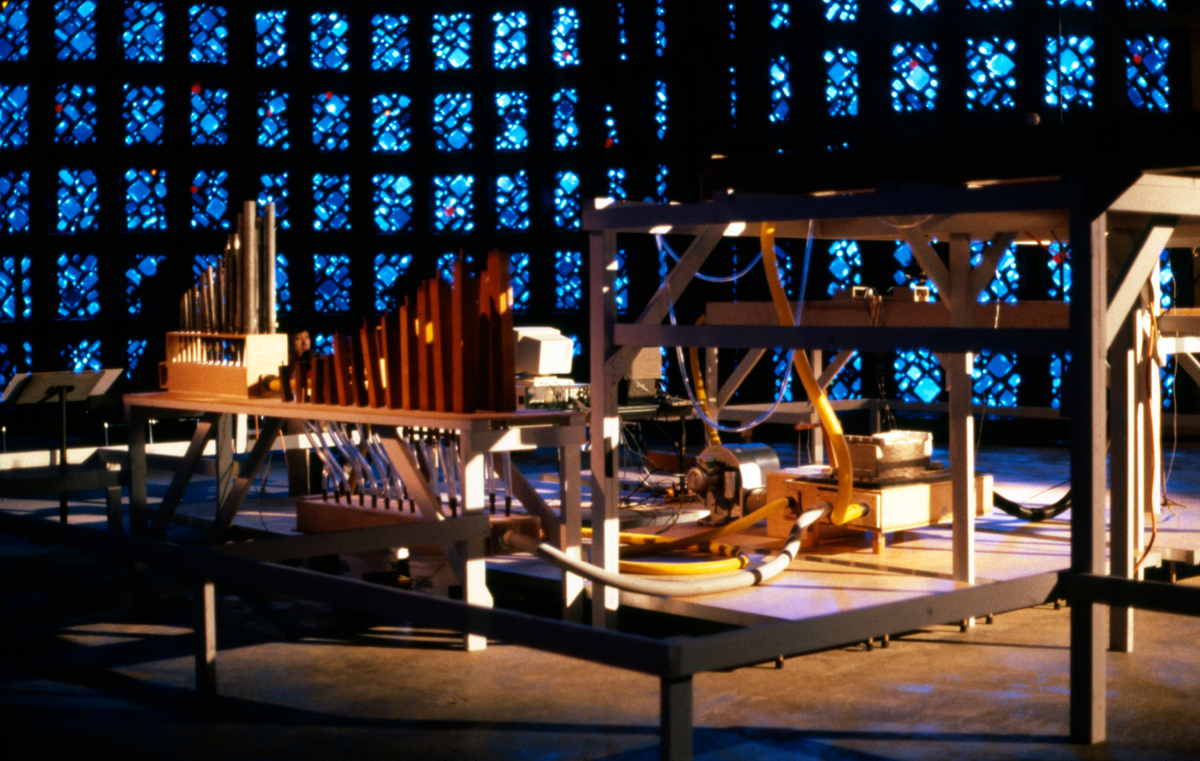 The album captures the striking opening-night performance of the exhibition, which featured Wada and musicians Bob Dombrowski and Wayne Hankin on bagpipes, and percussionist Michael Pugliese on timpani and tam-tam, playing along with the installation. The Appointed Cloud begins with the high-pitched, keening sound of many bagpipes noisily playing at once—and then the music slowly coalesces, approaching a peaceful, tranquil hum. This gives way to fast-paced repetitive pulses, reminiscent of the minimalist works of composers such as Terry Riley and Philip Glass. Then the bagpipes join in once more, in a ferocious swarm of energy.

The Appointed Cloud is a bracing listen. As an album, it is packed with surprises and unpredictability in its dramatic swerves from minute to minute, but it is strangely coherent at the same time. It all makes sense together, because it is all part of Wada’s logic—restless, exhilarating, and constantly questioning.