Eloquence and unease: a new novel from Rachel Cusk. 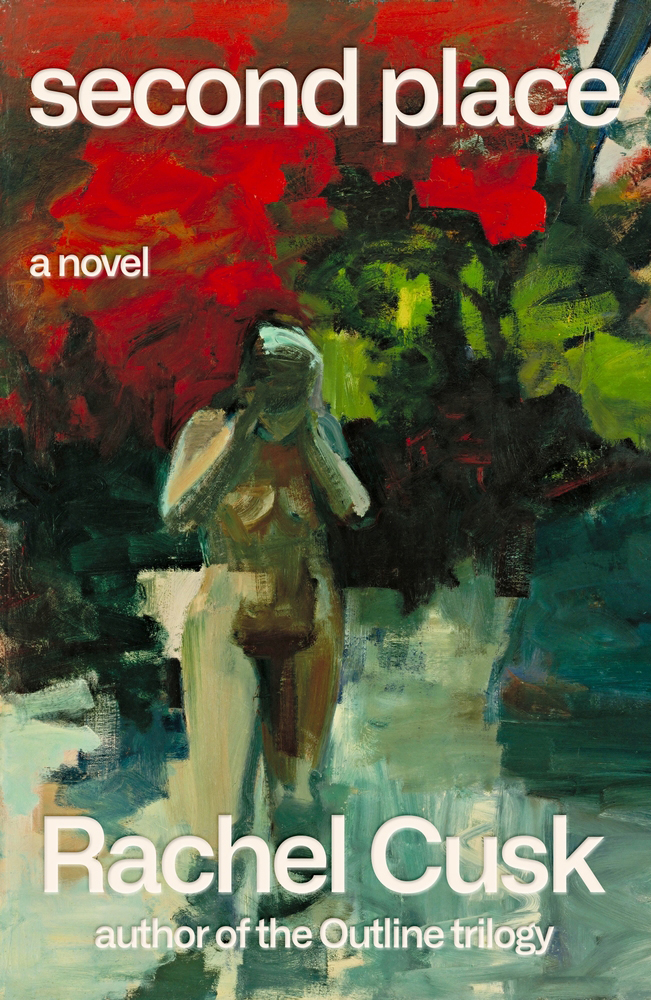 Rachel Cusk’s subtly mythic new novel is ghosted by another book, almost ninety years old—or maybe Cusk herself is doing the haunting, in reverse. In 1932, the heiress and arts patron Mabel Dodge Luhan published Lorenzo in Taos, a short volume in which she recounts a visit to her New Mexico home by D. H. Lawrence and his wife Frieda. It was a fraught interlude for all concerned, not least Luhan’s Tiwa Indian husband Tony, who was treated by the Lawrences as an exotic curiosity. Luhan’s mixture of memoir and letters is addressed to the American poet Robinson Jeffers, for whom she concocts this image of her brush with Lawrencian genius and ego: “Sometimes I see all of us human creatures, Jeffers, as so many gases, stimulating, beneficent, or poisonous, occasionally bursting into flame, or transformed from one degree to another by meeting a new element.” Lorenzo in Taos picks a posthumous argument with Lawrence’s attitudes toward art, life, responsibility, and change.

Second Place, Cusk tells us in an author’s note at the end, is a tribute to the “spirit” of Luhan and her book. The novel’s middle-aged narrator is M, a writer of “little books”; her husband is Tony, a stoic native of the marshy coastal region of England where they live. It is the time of the pandemic, lightly invoked: M’s daughter Justine has lost her job and come home with her boyfriend. M is a trenchant observer of others, and a frustrated student of her own case: “I have wanted to be free my whole life and I haven’t managed to liberate my smallest toe.” Onto the gray horizon of her life steps L, a famous painter whose work she has seen in Paris, and whom she now invites to stay in a cottage that she and Tony have renovated. This is the “second place” of the title—though the phrase obviously signals a lot more in terms of ambition, disappointment, power, and priorities.

Like Luhan, M expects a guru and instead meets a monster. The painter, who is down on his luck professionally, arrives with his obnoxious younger girlfriend, Brett, and either ignores his host or performs for her a repertoire of clichés about male artistic freedom. Having lost money and multiple homes, L declares: “It isn’t so bad, dispossession.” Whatever hopes she may have nursed of liberation via L and his art—we’re two-thirds of the way through the novel by the time she admits to herself she might be in love—M will not follow him into this entirely predictable vision of artistic irresponsibility: “I said that was a sensation only a man—and a man with no dependents—could enjoy.” Second Place is in part a study, without mercy, of the perils and rewards of this male vantage. And mostly a persuasive one, though at times the phlegmatic and forbearing Tony seems too convenient an embodiment of the good masculinity M thinks she might need to escape.

The landscape that M and Tony inhabit appears closely modeled on the Norfolk flatlands where Cusk and her painter husband have lived in recent years. Tony is quite at home in the meaningful vacancy of this territory—he builds a garden irrigation system as if he’s writing a poem—but it seems almost a threat to M. “People often say this is one of the last places”; but it’s not clear how she really occupies it. Instead, M seems to live in language: a cool succession of aphoristic insights that fail to save her from a constant sense of her own limitations. In fact, M’s combination of eloquence and unease is a model for how Cusk’s novels function on a larger scale, the taut surface of her style ever present, stretched like a canvas to receive the saturating anxieties and colorful delusions of her characters. Second Place is full of the sort of beautifully spiky sentences that readers may have thrilled at in her celebrated trilogy of Outline, Transit, and Kudos. Some of these sentences are about the lures and demands of a creative life. On art and freedom: “The rigorously trained fingers of the concert pianist are freer than the enslaved heart of the music lover can ever be.” On art and truth: “Most people prefer to take care of themselves before they take care of the truth, and then wonder where their talent has disappeared off to.”

This is a fiction that also announces its own artifice and invention, even as it steals aspects of Cusk’s own life and borrows details from Lorenzo in Taos. (When L and Brett turn up, they regard their hosts with the same brazen air of sexual competition as Lawrence and Frieda did Luhan and her husband.) More than a hint of fairy tale or fable attaches to the invasion of life and landscape by L’s demonic maleness. “It’s a cabin in the woods, straight out of a horror story,” Brett says when they are first shown around the second place. There is something cartoonish and even campy about L and his dangerous genius act, as if he might be played on screen by Jack Nicholson in his 1980s pomp.

Luhan wrote of Lawrence that “he scorned to learn the mundane mastery that may insure a long, smooth life.” Art, sex, an exaggerated attachment to a mere idea of “life”—this excused the scorn, supposedly. It’s a posture, incarnated in the artist L, desired and rejected by the writer M, that now seems puffed up with sexist privilege, asking to be punctured. But in that case, both Cusk and her narrator wonder, what exactly is freedom, and what is to be done with the urge, midlife, to demolish everything and build again—to build a second place? Ought one to submit to the strictures of art, the inhumanity of nature, the catastrophe of desire? (All of it, of course, is personal: any sense of a collective freedom seems well beyond M.) Or ought we, as Luhan puts it in an aside to Jeffers, “to doubt it all—the whole small bag of tricks”?