Brexit bing-bongs, beware! A new album from the English duo. 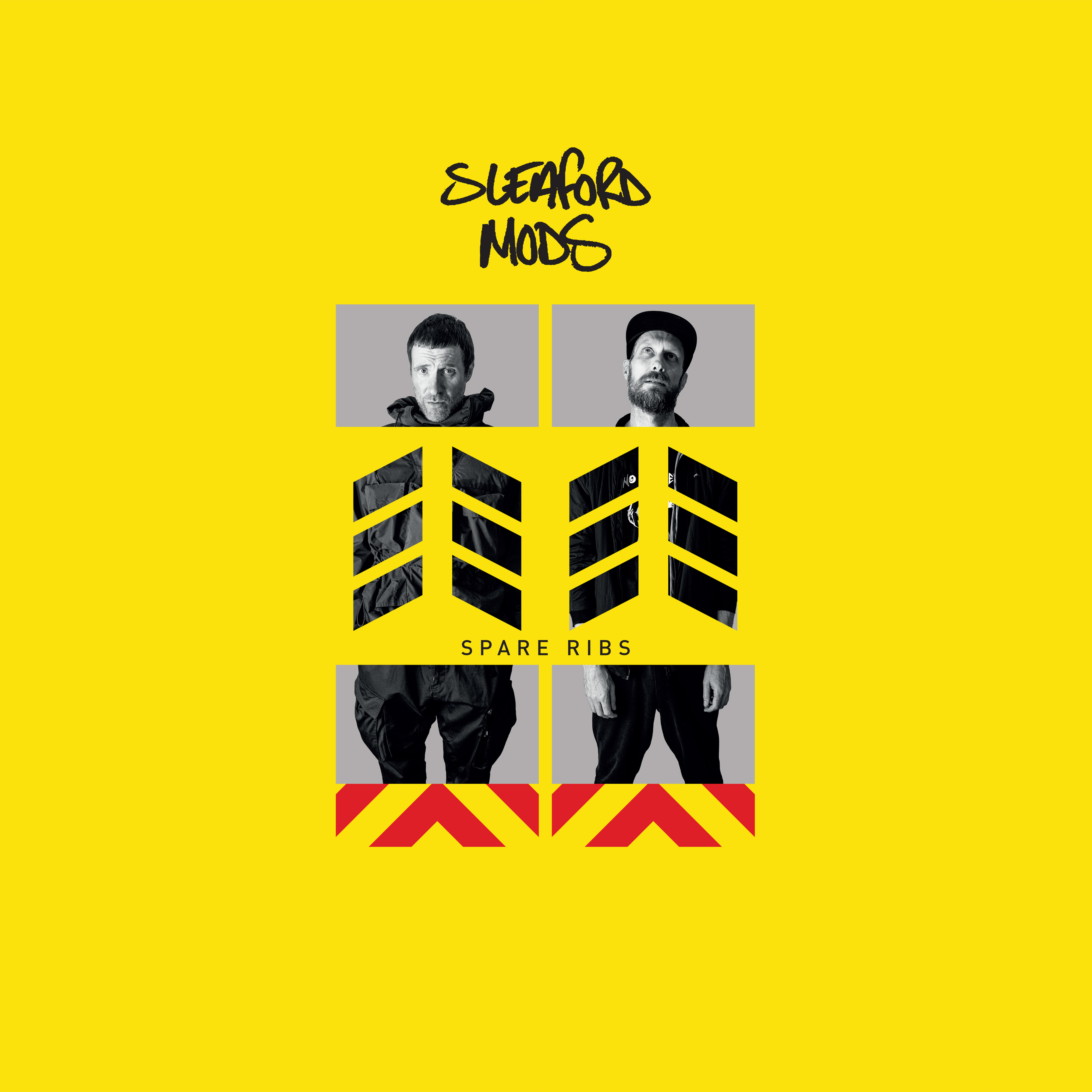 Old men yelling at clods—in terms of popular music, that’s what Sleaford Mods are. Jason Williamson, fifty, and Andrew Fearn, forty-nine, are two Englishmen from Nottingham at the top of their game, which implicates the game itself. If popular music has mostly fought its battles online for the last two decades, it’s done nothing but for ten months. That’s where Sleaford Mods live, singing about tweets and log-in names and bloggers. The band shows up in the same online publications as, say, Phoebe Bridgers and Playboi Carti, and their new album, Spare Ribs, is the number-four album in the UK this week. Spare Ribs is the best rock album I’ve heard in ages, even if I’m hard pressed to tell you what rock is now. Iggy Pop, though, who knows at an atomic level what rock is, said they are “undoubtedly, absolutely, definitely the world’s greatest Rock and Roll band.” Adjusting for friendship and Iggy’s benevolence, that’s still a dispositive piece of information. I will hedge slightly and say that Sleaford Mods make physical poetry in an omnidirectional masculine style. There aren’t that many compelling men in pop now, and few with any libidinal oomph, other than Harry Styles.

The basic approach of Sleaford Mods hasn’t changed since 2007, when Williamson started releasing recordings. At first, he chose passages from his favorite records and let an engineer stitch it all together. In 2011, Fearn joined and the project became a bona fide band. Williamson yells at people—cunts, wankers, tits, twats—while Fearn plays gleefully underdeveloped loops behind him, almost always a bass guitar riff paired to a drum beat as vigorous as it is cheap. The aggression and chanted vocals qualify Sleaford Mods as a cousin of hip-hop, though the gestalt is closer to punk. Williamson once told me he was inspired by Two Lone Swordsmen’s From the Double Gone Chapel, a 2004 album that uses the same kind of bass guitar loops, without the aggression. On the first four albums without Fearn, the backing tracks alternated between samples of hip-hop and punk: Nas and Ghostface Killah on one side, Wire and the Sex Pistols on the other. With 2012’s Wank, Williamson ditched the samples and let Fearn’s music guide the synthesis. Williamson’s vocals aren’t part of any punk cohort, though, as he never screams. He’s in the British lineage that contains Mike Skinner and Linton Kwesi Johnson and Madness, poets who want you to hear the words as much as they want you to hear their accent and affect. What Fearn and Williamson do is musical before it is anything else. Figuring out how much space to leave between the beat and the voice is a matter of deep craft. At the end of the day, what Sleaford Mods do is much closer to the work of Portishead, where a confident proportion of foreground and background enables the emotional connection.

The music on Spare Ribs has been slightly elevated from the Sleaford Mods norm while losing none of what Fearn calls “that shit sound.” There are scraps of guitar and piano, though nothing that would ever make you say “that’s pretty.” The sound feels permanently cobbled together, never above the level of affichisme, just strips and traces of other music. In concert, the effect is as cathartic as the tools are meager. Fearn has one tactic: standing in front of his laptop, which sits on two milk crates, and bopping casually. Fearn seems to be amused that he’s wound up in a band while Williamson channels decades of fury and the moves of a dozen predecessors into a single body. 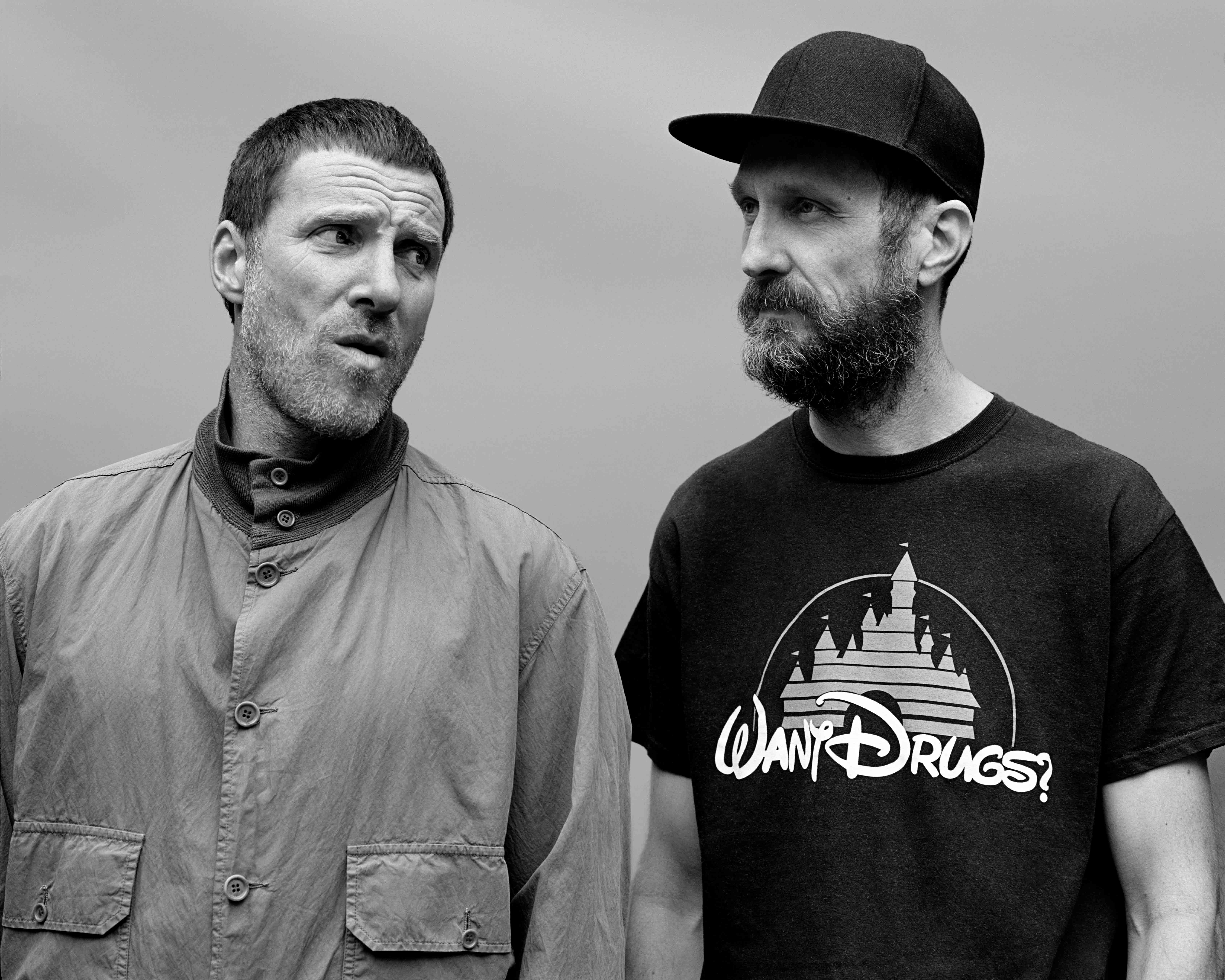 The most relief I got from a “live” show last year was a Sleaford Mods performance at the 100 Club in London, broadcast on September 12. Fearn and Williamson played in a completely empty room, filmed by three different cameramen. It worked, possibly because of the relentless efficiency and life force in Sleaford Mods songs, built as if they know exactly how short your attention span is. Williamson’s signature move is a swipe of his hand, back to front across his head, a tic that doesn’t manifest offstage and which caused a friend to ask, “Is he alright?” To a generation raised on Iggy Pop and James Brown, it’s familiar, the bodily signal that you’ve moved into the trance of performance, a place that is Not Here. Unchecked, uncontrolled, unmarked.

The first ten years of Sleaford Mods records are streaked with mentions of everyday English life: piss and shit and chips and fried meat and bad wine. Now, their animus is more often directed at Brexit bing-bongs like Dominic Cummings, who is at least part of the genesis for “Shortcummings.” The bassline could be stolen from Fugazi or the Fall, a clanking tattoo with plenty of pick sound and string flap. The drum beat seems to come from a kid’s toy or something equally modest. Williamson bounces his words like a jiggling knee, all of them zapped through with a crackling sense of being alive but without telling a particular story: “Just round the back of the shop shut street the rain in the wood is like a thinner sleet / It hits my nose and all I got is twigs and fat weeds and grass snakes please / When did I get so fuckin’ down on my knees?” With such a bare-bones outfit, the introduction of oblique language works well, as their aversion to pretension gives them some extra room to connote rather than bark. I couldn’t tell you what this song is about beyond walking around town, grabbing the newspaper, and reading about Cummings in the garden. Associative complaint shanties—this is their wheelhouse.

Fearn risks something like beauty on “Mork n Mindy,” which combines transistor monkey cymbal pips with a keyboard-ish braid that could be an ambulance siren run backward. Williamson is more casual here, describing a kind of physical entrapment that sounds more class-based than COVID-specific: “I live on a really depressing cul-de-sac where couples get divorced and people come up that ya never seen before, like that, smell of cigars and oil twat.” He makes two action figures kiss and talks about dry skin and PornHub. For every aggro man move Williamson makes, he throws in something at the other end, like his Instagram alter ego, Baking Daddy, who bakes in an apron and little else. Aging is garlic to the vampire accountants of pop, but Williamson is describing an arc that suggests hitting your fifties involves reflection and a little ego death. Maybe that’s a popular thought right now, across the lockdown flats of the world.