In the singer’s second album, lamentation and disconsolation find a seductive rhythm. 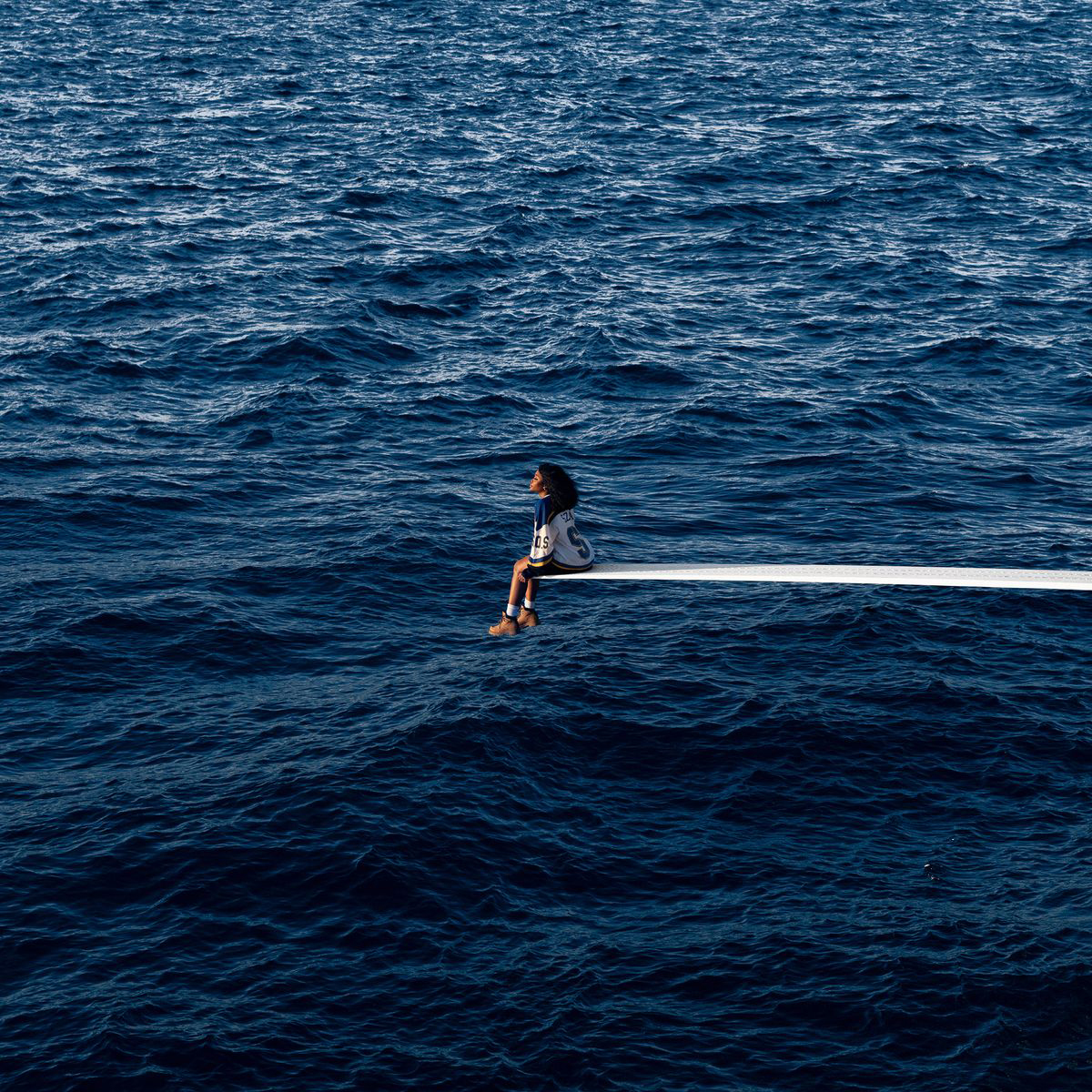 Coming back she’s so candid

SZA is a descendent of Sade, in the tradition of black female vocalists who force the industry’s crude assembly line to move at their pace. Crucial to this maneuver is a refusal to apologize for the long interims between albums, so that privacy becomes an element of the smooth and squandering texture of this rare and sacred approach to fame. With that privacy and secretiveness often comes a level of tenderness that seizes upon the artists and supplies the music’s momentum. In a world where women are often pursuing external validation, the purest singing emerges out of the impulse to pursue the self to the point of pathos and pathetic vengefulness, and to come out at the mercy of one’s own flaws and fears, championing them in a dialect so feminine it frightens and owns detractors. SOS is a distress signal that is also militant, a call for help that interrupts a battle cry. SZA has named her sophomore album after this code as a signal that the growing up she’s done is a growing into deeper vulnerability, and that she’s conflicted about this. Last night I cried, the first track loops, taunting itself between declarations of upgrade that refuse delusion, ass so phat it looks natural / it’s not . . . all the petty shit aside / all the phony shit aside / I just want what’s mine / I just want what’s mine. I hear echoes of Sade’s “Jezebel” (1985): Every winter was a war she said / I want to get what’s mine. The track ends with the sound of a gun cocking.

We have words for killing fathers and mothers, men and women, but there’s no clean technical term for killing a lover. “Kill Bill” is an upbeat tribute to the invigorating fantasy that when we’re done loving someone they’re done living. It’s celebratory and desperate and pulp cinematic horror. Then back to pathos on ballads like “Love Language” and “Blind,” which resort to a pleading tone that feels almost deflated, talk to me in your love language / show me how to connect to you. The album might wallow excessively in that sense of loss or longing. But it’s a seductive and inevitable excess—honest, bitter, relentless. And as I’m resenting or running from it as a listener, so it’s resenting and rebelling against itself. A confession of love in one lyric, a revocation and denial it ever existed the next. One song about hidden romance, another begging a lover to notice her. The years between SZA’s debut album in 2017 and now have been marked by an overhaul of the human personality, leaving us with nowhere to hide; love affairs have become distracted incidents. We simply cannot indulge love in the same way we did before 2020 if we are being honest. But we don’t yet have the music for what love has become today. This is not that music. That music does not exist yet. This is music that mourns the inadequacy of modern love without knowing what to do about it. Should we go deeper or retreat, pretend nothing is different, or upend everything stagnant to rekindle true passion? This is the music of I don’t know, but I have to sing about it. It’s not soothing, it’s commiserating with the collective uprootedness and what it means when heartbreak is universal, but no one wants to lose, so few admit it.

I love that for SZA and black womanhood, that we might scour the premises for uplift and find instead a sublime reveling in hopelessness and a will to disappear into it and become a character and a “Ghost in the Machine,” as she aptly names the harrowing song featuring Phoebe Bridgers, Can you distract me from all the disaster? . . . Can you hate on me and mask it with laughter? It’s so pathetic, so insistent on a level of openness that bleeds like a wound and closes before you can offer comfort. Song after song inconsolable neediness accrues and festers, with nowhere to go, no savior. R & B is not being used as a saccharine alternative to the real world here, it’s a mirror and ultimatum, as if unless we get it together all the love songs will slant toward nowhere, forever. There’s a sense that whomever is being addressed is disembodied, gone, and a prop for lyricism, that the singer is the only one left standing. The exes are props, the secret loves are props, the other women are props. If they all disappear or never existed the laments would remain the same, the new love for the new world has no name, help us. As Nina Simone once interrupted herself in concert to ask, so this album asks in each unspoken and held-back gesture, as a robot gets herself together and we do it, and we get to the middle, where we have forgotten our feelings of love, you will help me, huh?

Most of the songs are about what happens when the answer is no, when the world is not equipped to respond to your SOS. We meet the singer in a level of alienation so complete and reliable that it has become home. In the world of SOS, the only force coming to rescue us is lush autoeroticism that acts more well-adjusted than it is, until it is. By “Smoking on My Ex Pack,” the eleventh track, we’re bragging about conquests together—I got your favorite rapper blocked—over a loop about devotion, the warmest sample on the album that evokes so much nostalgia for the old love of the old world we almost find it there before we’re back, exiled to the callous now, ruminating on dick and text messages. On “Open Arms” we get the foil for all that bravado and the ornate hook. The openness here is self-effacing but gratifying. Please, put a leash on me anyway / who needs self-esteem anyway . . . you keep me open / I’m so devoted.

Who would break a spell so captivating and ruinous? This album’s honesty derives from its refusal to resist the weakest parts of ourselves, its commitment to that refusal, which becomes its own romance with the truth. Its triumph is anticlimax, the fact that SZA makes use of her personal style, understated disgrace transmuted by daydream, to sell us on her nightmare, with no reprieve until ODB arrives. He enters on the final track, one of the most compelling, “Forgiveless,” to help reveal a sudden and definitive victory for the ego of the album. SZA raps her way through a litany of enchanting threats that prove she was just waiting to unveil who she is now beneath all the melancholy and angst, and she is someone who will leave all that pain behind as soon as she announces it. Maybe this final track is toward the music of what love is now, full of a sensual willingness to let you down and absolutely not stronger than pride. We’re finally at the part where happy endings don’t mean the woman gave up everything, where they can mean she gave up on the myth that making herself smaller or less powerful to assuage a man would be fulfilling. It goes spells and sorcery hug your rosaries, she warns, done with begging to be seen, resorting to her magic when pathos gets boring. And there she is back at the beginning, out in the middle of the ocean on a plank for one, as if all the suffering was a plot to justify solitude.

Harmony Holiday is the author of several collections of poetry and numerous essays on music and culture. Her collection Maafa came out in April.