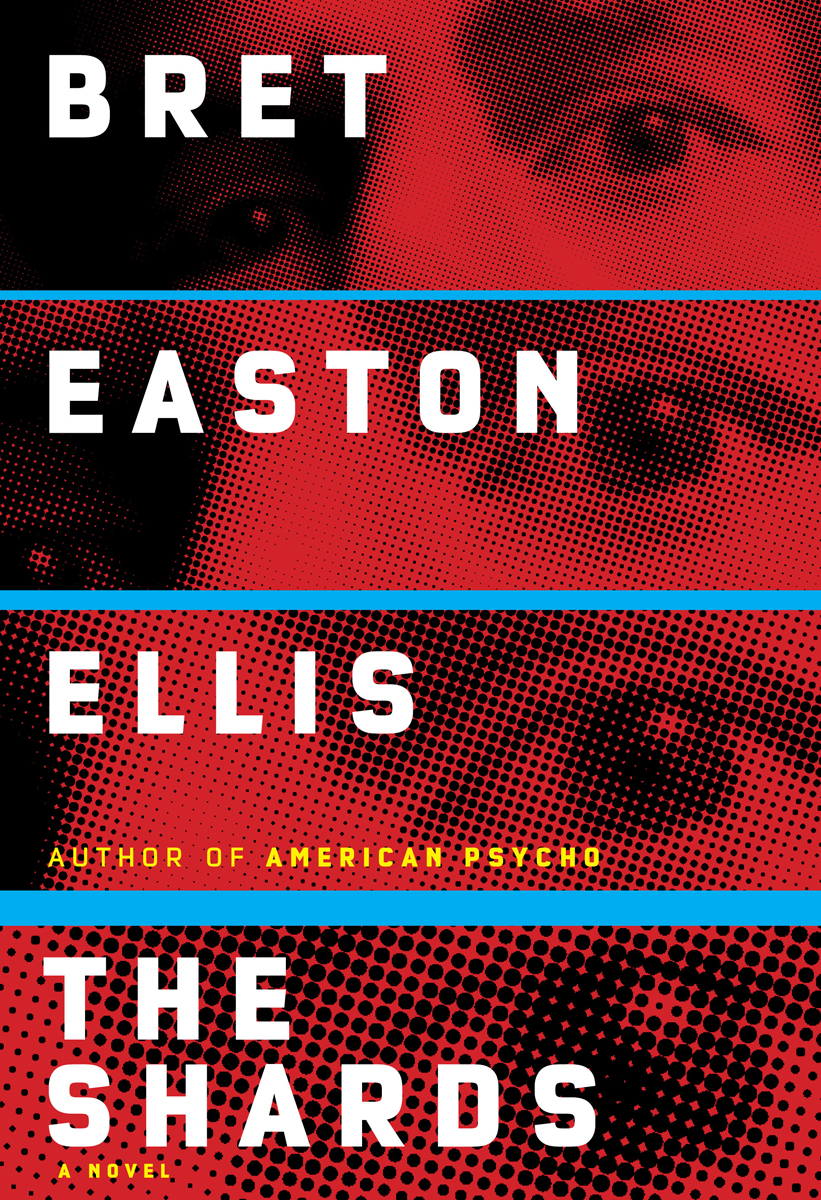 “A certain moment of empire”: the Valley in 1981. Duran Duran and Ultravox echo through kitchens, drift across lawns. The kids only leave the pool house to drive their Corvettes and 911s to school. Time is clocked by parties; cocaine for the evening, Valium to sleep. There’s margaritas and sex and football players: bodies, bodies, bodies. So it makes sense, in a dreamlike way, when teenagers start to vanish, then reappear as mutilated corpses, slowly putrescing on tennis courts.

The Shards, Bret Easton Ellis’s first novel in thirteen years, blends menace and luxury. Framed as the traumatic memory of “Bret,” recalled from the vantage of his adult life, it follows a set of privileged high schoolers across two unholy months. At the age of seventeen, Bret is dissembling about his sexuality and trying to come out as a novelist; he and his classmates drift toward graduation, swathed in Gucci and cigarette smoke. Meanwhile, a serial killer, “the Trawler,” has started to prey on local girls, just as a new kid, Robert, arrives at school with an eerily flawless air.

Ellis’s first five books, from Less than Zero (1985) to Glamorama (1998), shared characters and running jokes and built up a wry little universe. Then came Lunar Park (2005), a novel in the form of a mock-memoir. Assuming the role of protagonist, and writer of the previous books, he began Lunar Park by citing his youth at a “private school . . . in the San Fernando Valley,” where he shopped at the “Galleria” and basked in a “languid lifestyle, decadent and loose.” With The Shards, we’ve made it back to the school, the mall, and the decadence. For the first time in Ellis’s fiction, Bennington College (his alma mater) isn’t masked as “Camden,” and until Bret gets there, he attends the private Buckley School, just as his maker did. Events unfold in the form of a fantasy that Bret Easton Ellis partially lived. Toying with that autofictional partially—was there really a murder spree? Did he really meet John Schlesinger?—is the novelist’s wicked game.

Ellis traffics in obvious questions. The one at the heart of American Psycho—is the carnage real, or solely in Patrick Bateman’s head?—puts the reader into an impasse from which we’re never quite released. Here, we’re walking a similar line—is Robert “the Trawler,” or is Bret off-piste?—and though The Shards has a lurid denouement, not every mystery gets resolved. Still, the road is entertaining; any good West Coast teen drama, from The OC to Veronica Mars, has a kid-pursues-criminal arc, and Ellis, who has taken to screenplays in recent years, keeps the suspense at a rapid boil. Bret investigates Robert by tailing him and watching from hidden vantage points. When he worries that “it was just the writer imagining” Robert’s maleficence, it’s one of several ouroboric flicks: that “writer” is Bret, but it’s also Ellis—the real man, beyond the novel, whom this semi-fictional boy will become.

It’s too often said that Ellis’s books are “affectless,” as if his aim were to conjure dispassion and his belief were that society is mired in it. On that, the Bret of The Shards would agree: he remembers the pop charts being ruled by “numbness and disaffection,” from which he would forge the “numbness-as-a-feeling aesthetic I was . . . trying to perfect in Less than Zero.” (Throughout The Shards, Bret is working on his, and Ellis’s, first book.) Yet the music that haunts this novel shows how earnest dispassion can be, offering a strange and wonderful mangle of coldness and aching hearts. (Seek out the Spotify playlist: The Specials, R.E.M., Stevie Nicks . . .) I’ve always associated Ellis with a yearning for tenderness, however occluded it may seem. Even the brutalized voids of Less than Zero are holes where emotions should be. His characters are ardent creatures, yet also surfaces to be flayed. To be tender, after all, is to be a model of vulnerability: you can be tender to a lover, and you can be left with a tender bruise. In The Shards, Bret’s friends are brutally loved: shining memories, hunks of flesh.

At the opening of Lunar Park, Ellis wrote that his novels had lost concision. (That’s a meta-authorial gambit, but anyway I agree: Glamorama, to me, was unreadable.) The prose of The Shards is sharper than his writing has been for thirty years, only verging on prolix when explaining what it means. Commentary has never been Ellis’s strength. Listen to Bret, as he pretends that he’s given up on smoking Robert out:

The day really became effortless once you faked it and it actually became more real because of your changed demeanor; the act became the reality and it affected everything in what seemed like a positive way. In fact, it was preferable to reality.

These sentences masquerade as a chain of thought, but the links are not sequent or even distinct. And the sloppiness can be more throwaway, the kind that an editor should have culled. When a character talks “softly” four times in two pages, it may be noteworthy in the setting, a club, but one note was enough.

Ellis’s prose, at its best, acts deceptively offhand. He paints scenery and atmospheres—Bret would describe them as “vibes”—by making them seem like givens, the situation as it was lived. At one party among the many, while the hosts’ PA takes photographs, Bret stares at his beautiful peers: “No one really posed—because we were already posing, I thought to myself as twilight softly descended.” Many writers could serve up that paradox, as obvious as the dusk that simultaneously falls; but few could implant the description into a scene that, like a B movie, somehow gains more aura from a frame that seems so cheap.

What we have, then, is two sides of a trashy coin: Gossip Girl in the ’80s, and skulls impaled on sticks. We’re treated to a slasher horror and a teenage drama, with a mischievous embrace of the cornier aspects of each—and all the while, far from affectless, The Shards has been suffused with melancholy. The “golden dome of adolescence” sits on the threshold of adulthood, an edge over which Less than Zero will step, then fall. “This was all pure empire,” Bret remembers, which is also Ellis’s whisper that every empire dissolves in pain.

Cal Revely-Calder is a senior arts editor at the Telegraph. He has written for Artforum, the Nation, and the White Review.