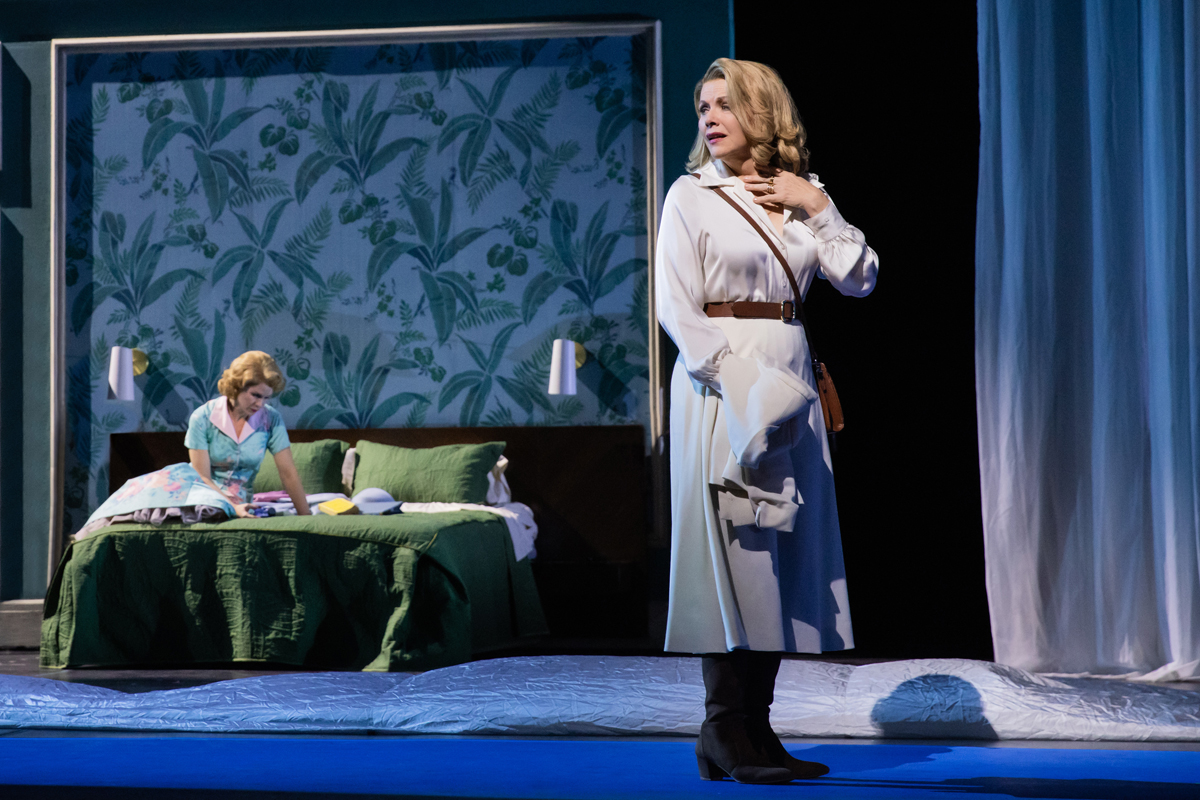 “Beauty is a whore, I like money better,” says a young Richard to Clarissa in Michael Cunningham’s The Hours. And, evidently, so says the Metropolitan Opera, by commissioning his best-selling novel from 1998 (adapted for the screen in 2002) into a new stage production, headlined by a trio of profitable box-office darlings. 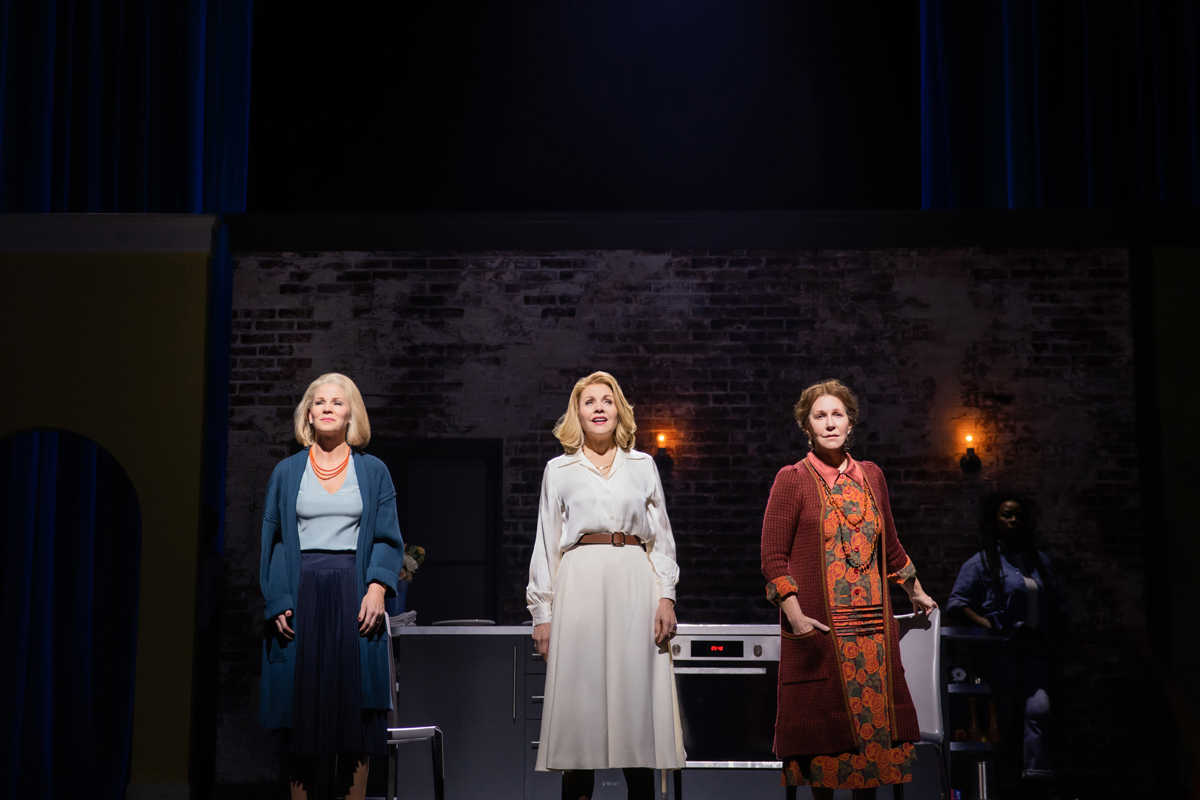 An algorithm, designed to beguile my internet browser (and therefore me) with content fitted to woo, may share the blame, but rarely have I seen the Met market a show with such gusto. It makes sense. On paper, The Hours has the promise of a blockbuster: a world premiere adapted by composer Kevin Puts, a Pulitzer winner, based on another Pulitzer-winner’s novel and Stephen Daldry’s decorated film of the same name. Brandish a handful of brand-name divas for its forlorn trinity of women—sopranos Renée Fleming and Kelli O’Hara and mezzo Joyce DiDonato—and, swiftly, you have a golden goose. 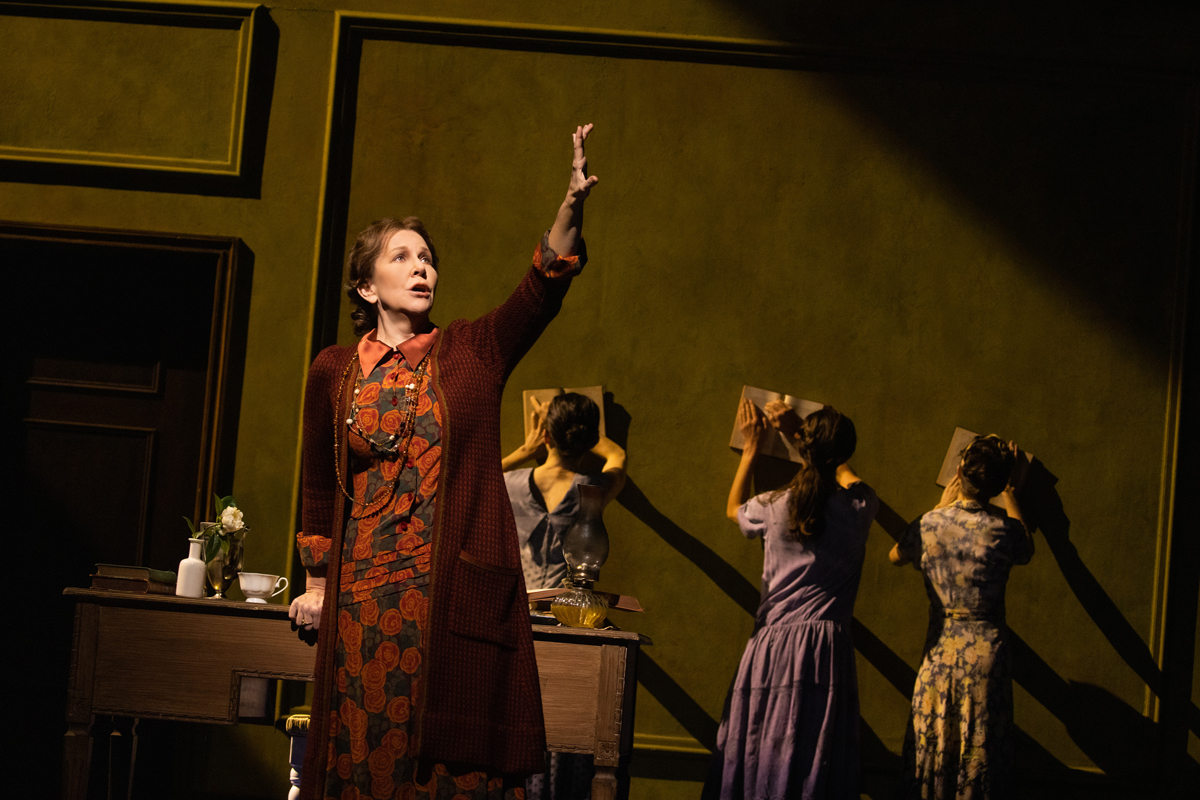 The book, since published, has been a thing of keen fascination for depressives and homosexuals and depressive homosexuals (a consequence exacerbated by the film, starring Meryl Streep, Julianne Moore, and Nicole Kidman—whose performance garnered an Oscar for Best Actress). The earnest quandaries of three midlife women sliding into chasms of their own regret are seemingly catnip for the wayward queer. Cunningham’s novel, which is more of a novel-within-a-novel-about-a-novel-impersonating-a-novel, uses Virginia Woolf’s Mrs. Dalloway as a wheel to navigate existential complexity. Narratives whir around one another. The women, Woolf among them, each inhabit different twentieth-century time periods: in the 1920s English countryside, Woolf ponders (later agonizes over) the fate of her Dalloway-in-progress. Laura Brown, driven mad by the hollow monotony of marriage and motherhood in mid-century Los Angeles, reads Mrs. Dalloway; and Clarissa Vaughan, a Manhattan editor at the turn of the millennium throwing a party for her ailing friend, buys the flowers herself. Their stories, told within the frameworks of postwar reconstruction, the AIDS crisis, and sapphism (sometimes incestuous), are shaded by a grim inquiry—is life better served in death? 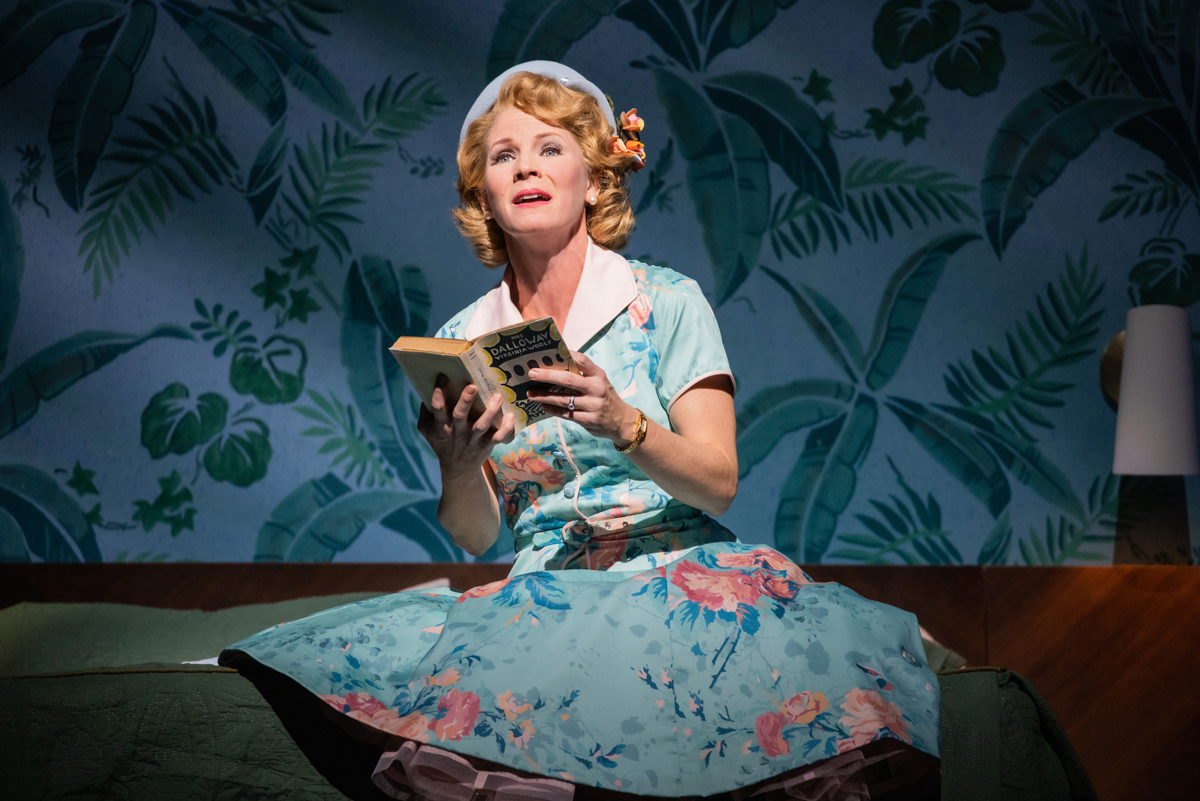 It’s undeniable that the Met—with its newfound (and, to me, affected) commitment to presenting edgier, more diverse works—sees The Hours as its diadem of the season. Reviews for its soft launch—a concert presentation held earlier this year in Philadelphia—were favorable. Critics were satisfied with Puts’s score. That performance, however, wasn’t staged. Phelim McDermott, whose entrancing production of Philip Glass’s Akhnaten in 2019 (and again last season) piqued the interests of a younger audience and breathed new life into the still-geriatric spirit of the country’s largest opera company, was hired to direct The Hours’ New York premiere. 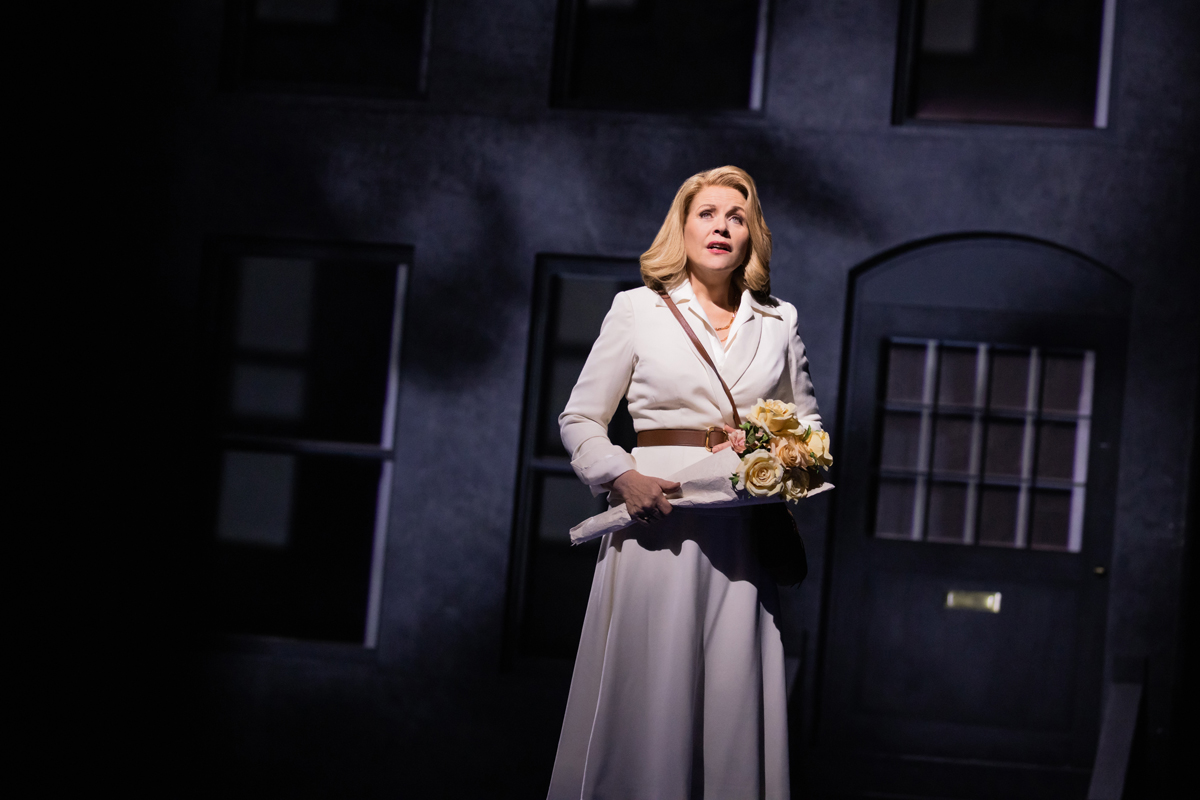 Bearing all this in mind, The Hours, with its venerable luminaries and commercially superlative source material, would mesmerize if it lived up to the hype—or if it even just worked. 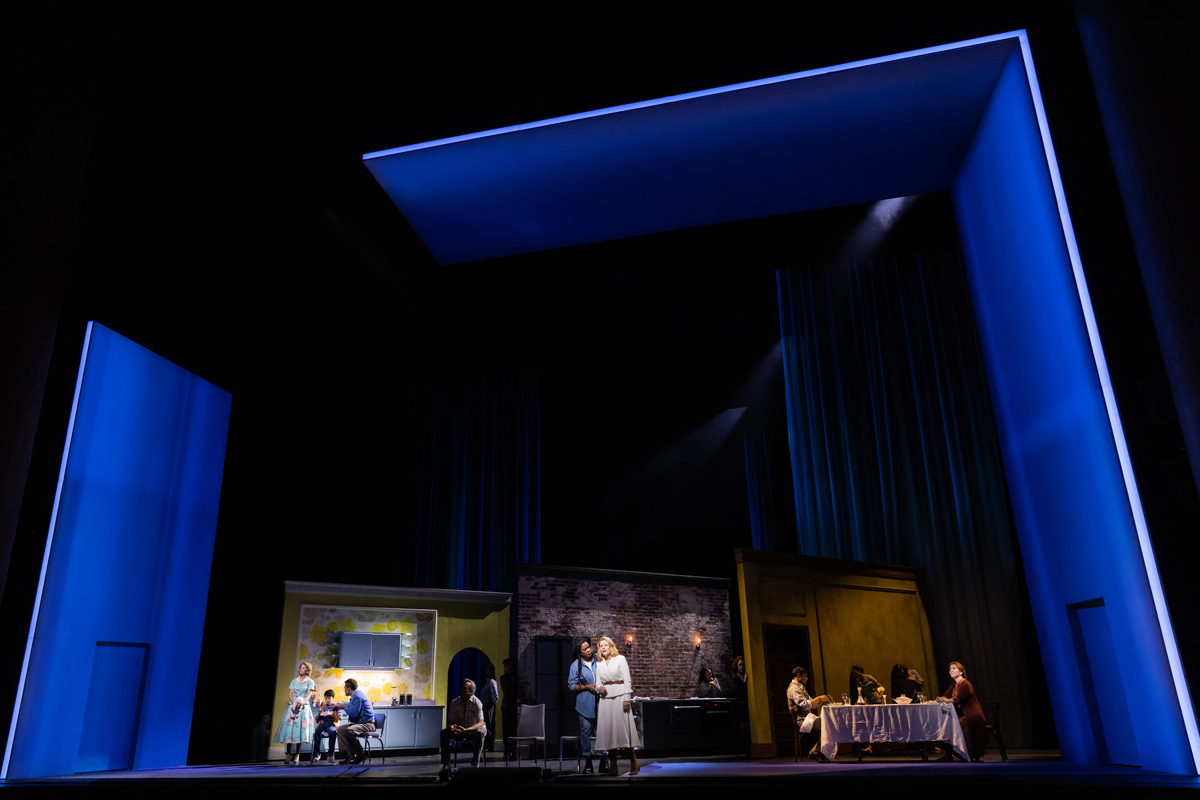 To pinpoint a single culprit is futile, though the nature of the novel is a place to start. The Hours relies on storytelling via interiority—everything that’s felt, reflected, yearned for, and can’t be said aloud. Daldry’s film compensates with close camerawork, capturing composite emotions with unseemly glances, the nonchalant turning of heads. Unfortunately, the Met’s grandeur works against The Hours. The space is enormous, diluting the intimacy, saturated with melodrama, that makes the novel and film so poignant. In an effort to mirror the novel’s inwardness, Puts and librettist Greg Pierce offer aria-like soliloquies—expressing thoughts, intentions, impulses, etc.—to varying (mostly minimal) success. Such efforts are ineffective when an artist, in moments of self-absorption, is devoured by empty space. The piece would have fared better as a chamber opera in a smaller venue, perhaps in-the-round, where the audience could have latched onto an actor’s pathos, bridging the gap between patron and art, or artist. Such a feat isn’t possible in a nearly four-thousand-seat auditorium. 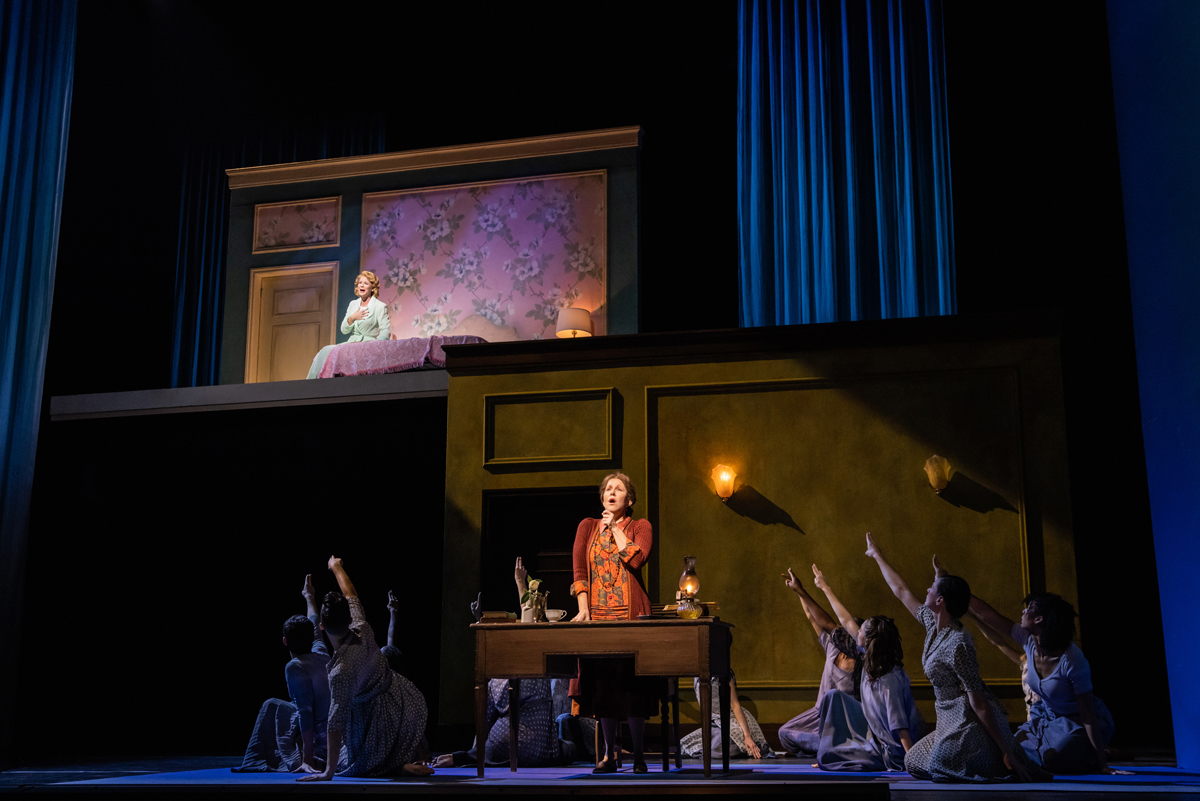 McDermott’s restless direction doesn’t help. Soliloquies aside, his remedy to offset the performers’ gargantuan surroundings is to crowd the stage. It’s often cluttered with an outsize chorus, who are better heard than seen, and also with a myriad of dancers that embody and project the characters’ distress. Such tactics, at best, provide aesthetic contrast to an otherwise traditional operatic experience. Mostly, however, they are distracting. The opera abbreviates Cunningham’s woven narratives by overlaying timelines, placing two characters of different generations onstage, on opposite sides, in tandem. This strategy is enough to keep the senses busy. McDermott, however, packs scenes with unnecessary bodies—one where Laura Brown fails in her attempt to bake a cake, circled by dancers, frenetic and stirring, exemplifies the phrase “too many cooks in the kitchen.” As the well-worn truism goes, less is more. 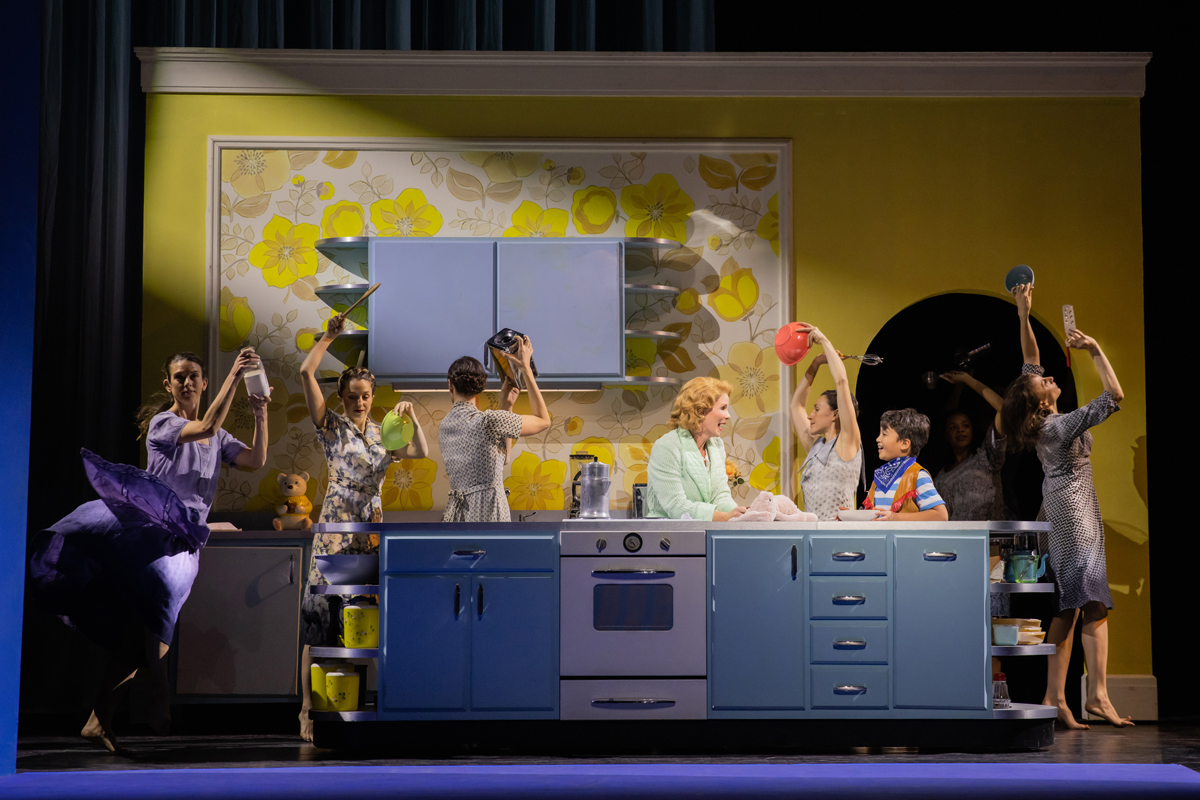 The opera is certainly not the triumph likely envisioned by its benefactors—but it’s not a failure, either. There are merits, however modest, that make some minutes of The Hours tick. Musically, Puts’s score is thoughtfully wrought and somewhat less sentimental than his Pulitzer-reaping Silent Night from 2011. Though often predictable, at times uninspired, there are moments when Puts’s orchestration envelops the senses with sonorous harmonies and textures. The finest bits are when the voices of the chorus, dissonant and booming above the orchestra, create a paradoxical aural sensation both strident and euphoric. It’s a shame their impact is often impaired by bloated staging.

Nor does The Hours disappoint with the performances of its stars, though only DiDonato exceeds the opera’s lofty expectations. As Virginia Woolf, her subtle but effective performance is the most realized. Having established her legacy with firework roles by Rossini and Handel, DiDonato proves she’s as much a commanding actress as she is a singer. O’Hara adds a touch of sweetness to the otherwise miserable, disaffected Laura Brown. Fleming, more esteemed for her vocal than dramatic talents, is a fine (though sometimes complacent) Clarissa Vaughan, the work’s embodiment of Clarissa Dalloway. 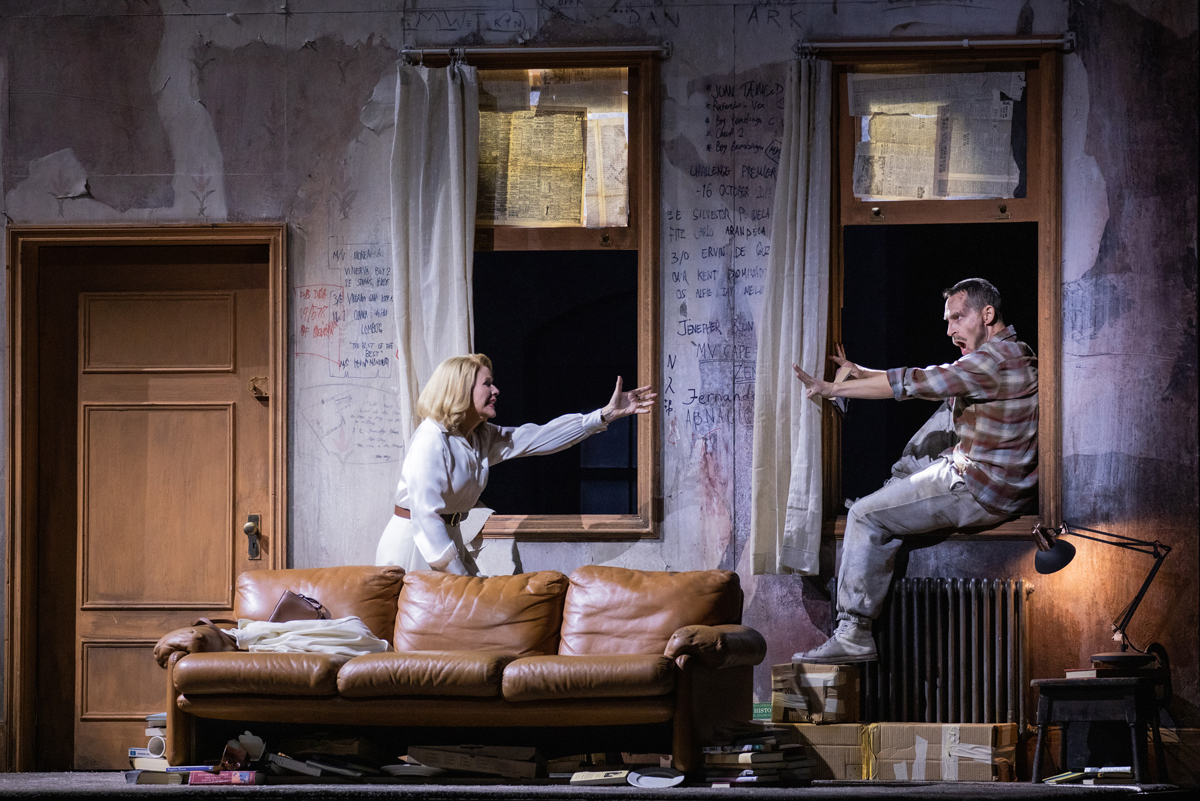 Some singers in smaller roles make strong impressions as well. Kyle Ketelsen is an outstanding Richard—Clarissa’s best friend and erstwhile lover, dying of AIDS-related complications—sympathetic even when stubborn, with a thunderous voice that cuts through the Met’s orchestra like a cleaver. Countertenor John Holiday, in multiple unnamed roles (“Man Under the Arch” and “Hotel Clerk,” specifically), impresses with a beautifully resonant instrument. Sylvia D’Eramo, a younger soprano, shows promise as Kitty (Laura’s neighbor and object of homoerotic interest) and Vanessa Bell (Woolf’s sister and, again, object of homoerotic interest). Her voice, thick like batter, may need more time to bake before it becomes a truly scrumptious treat—though the taste she puts forward is fabulous. 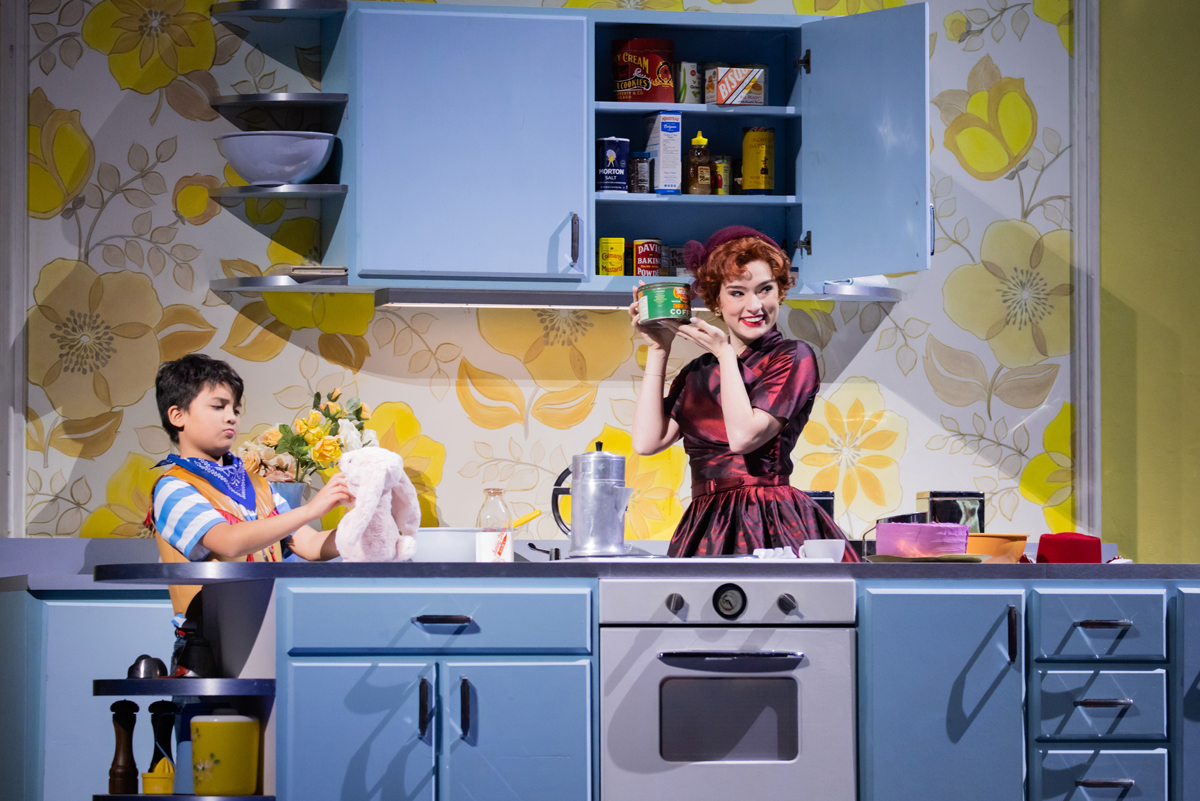 It’s possible that the Met’s biggest misstep has less to do with its exaggerated publicity and more with investing in the wrong material. Little can be done to improve upon the novel, and the film already did that. There’s far more that can worsen it. Of all that’s available in the oeuvre of high and low art, of works yet to be adapted or appreciated or enhanced by the right people, why The Hours? Why reimagine what can’t be upgraded?

The answer lies in Cunningham’s writing: money is better.

Arya Roshanian is a fiction and nonfiction writer living in Brooklyn. He is an MFA candidate at Columbia University.