A Hungarian director’s postwar films portray the lives of women who go their own way. 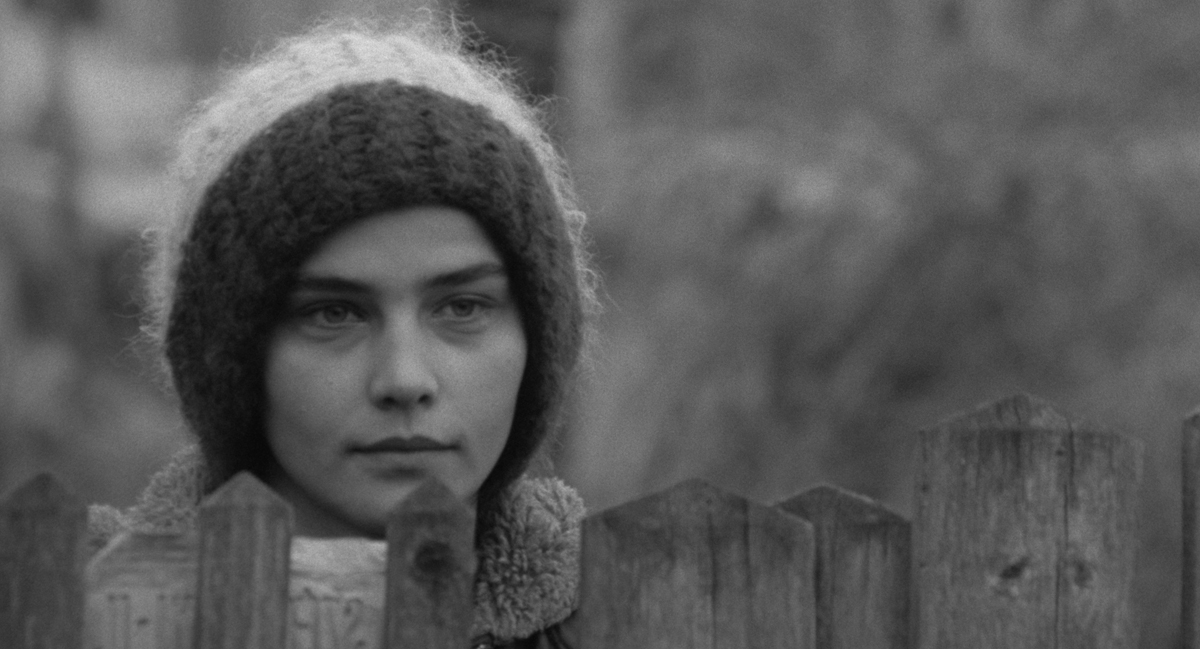 Budapest-born Márta Mészáros once claimed that Hungarians didn’t like her films. Instead, she thought, they “love suffering, suicide, and alcoholics—they might have preferred it if I had become a depressed alcoholic.” When, as a teenager, she showed up at a film studio and told a member of staff that she planned to become a director, she was told, “Girly, go home. It’s not good to say stupid things like that.”

Mészáros, who turned ninety last September, has made well over a hundred documentaries and features since the early 1950s. In 1975 she was the first female director to win a Golden Bear, the top prize at the Berlin International Film Festival. Agnès Varda was a huge admirer. Actresses such as Anna Karina, Delphine Seyrig, and Isabelle Huppert jumped at the opportunity to work with her. Yet in some quarters, she’s known, if at all, as the former wife of Miklós Jancsó, who rose to international prominence with his 1966 film The Round-Up. Postwar Hungarian cinema is hardly in vogue these days. Old times, old world. 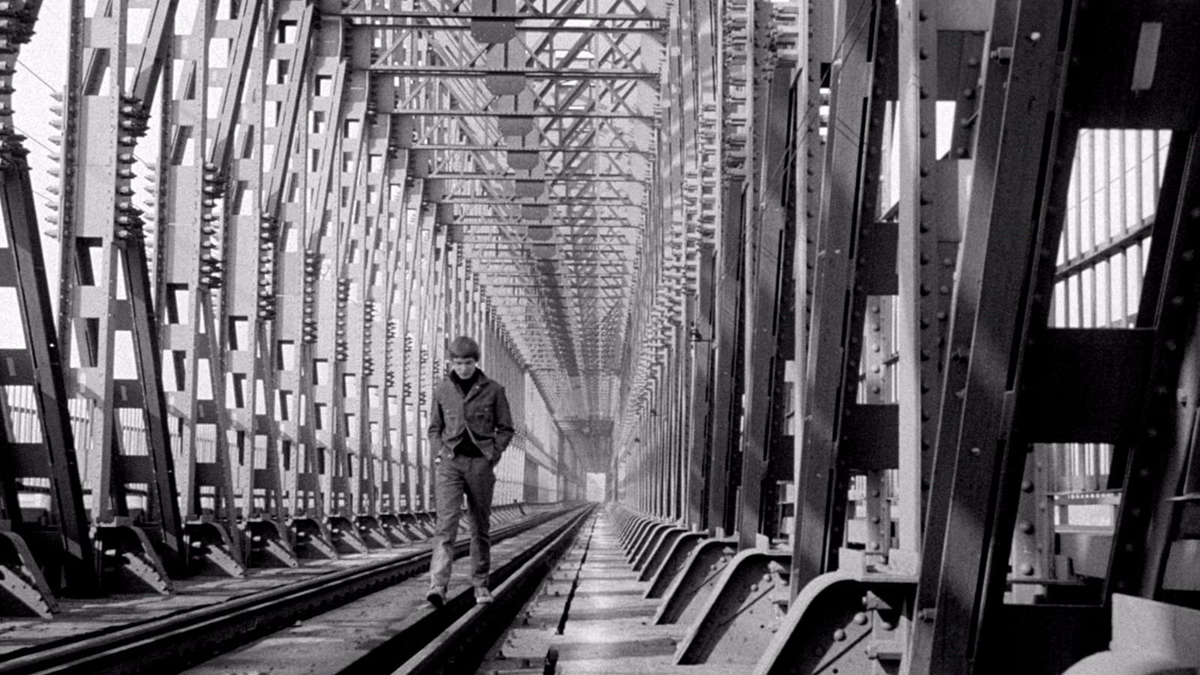 Kati Kovács as Erzsi in The Girl. Courtesy Janus Films.

A retrospective at Film at Lincoln Center seeks to change that perception. Mészáros’s debut feature, The Girl (1968), makes a powerful case for her as an unusually sharp, searching anatomist of female solitude. It follows Erzsi (Kati Kovács), a gamine, restless young woman, as she travels to find the mother (Teri Horváth) who abandoned her as a child. She journeys from Budapest to a rural town, from a world of shades and sharp skirts to one of aprons and traditional head coverings. There is no welcoming warmth, no loving reconciliation. The mother—fearful, spiky—tells her husband that Erzsi is her niece. The young men in the village who circle her are curious, unmoored, thirsty. She returns to the capital, where a girl says Erzsi is “crazy—always has been.” She’s quixotic, unsatisfied. Can she even name a desire? 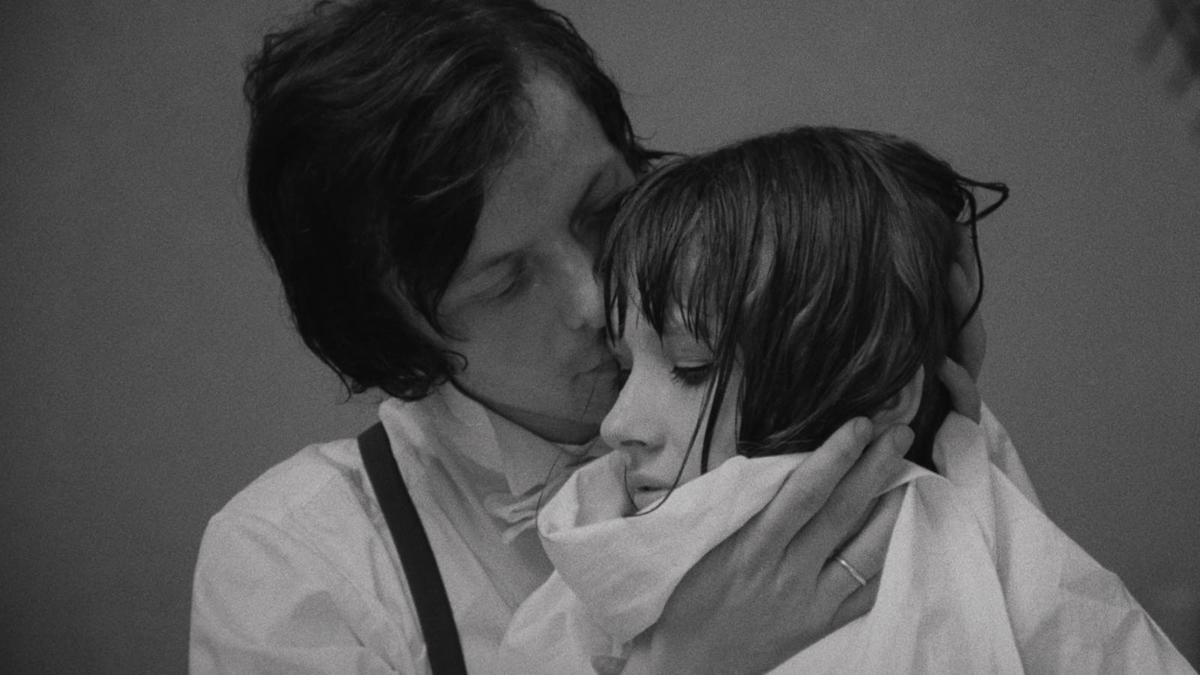 Don’t Cry, Pretty Girls! (1970) both is and isn’t something completely else. It captures a young woman, Juli (Jaroslava Schallerová), who is on the brink of getting married to factory worker Savanyú (Márk Zala) when she finds herself magicked by the cellist of a hip touring band. He’s handsome, softer than her fiancé, a pied piper who introduces her to basement gigs and free festivals, to deindustrial rhythms, a life defined by dreams rather than productivity.

There are moments when trouble brews—in one scene Savanyú and his friends trash the contents of abandoned courtyard apartments with the glee of rock stars destroying hotel rooms or the stars of Vĕra Chytilová’s Daisies (1966) making merry—but the tone is rarely dark. Schallerová, so clean and winsome, could be the cover star of a Belle and Sebastian album. The camerawork is more fluid and aerial than the poised, close-up–heavy photography Mészáros normally deploys. The soundtrack, drifting between baroque chamber pop, psych rock, and fondant folk, is a revelation. 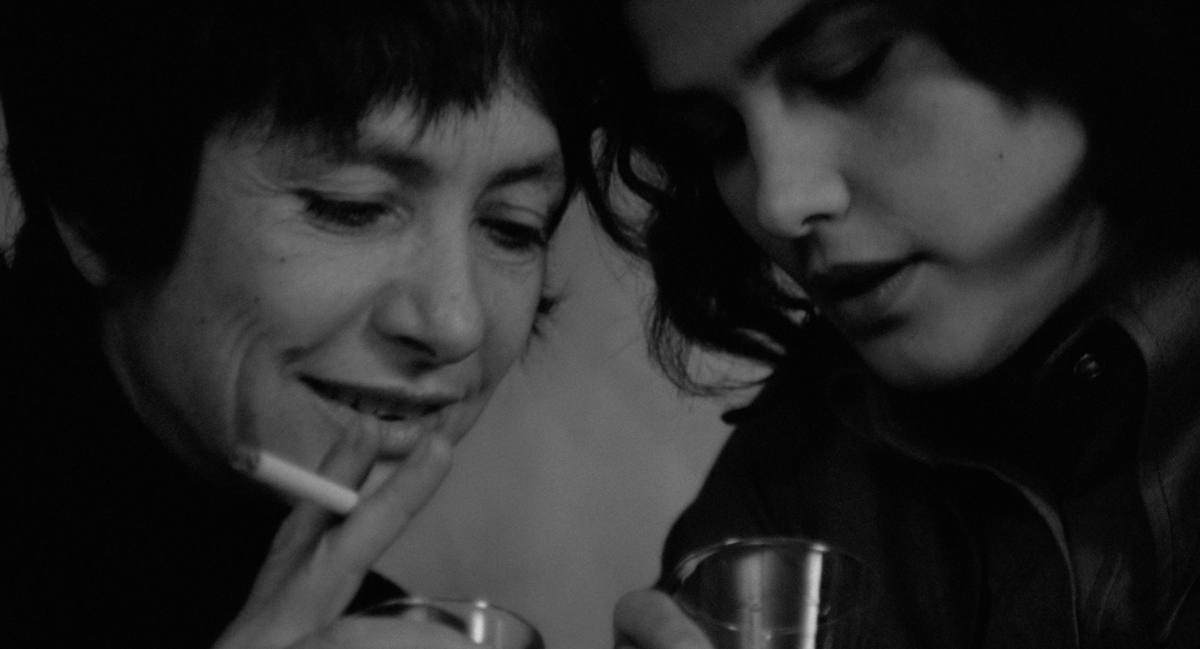 For me, Adoption (1975) is Mészáros’s masterpiece, a remarkable portrait of middle-aged lathe operator Kata (Katalin Berek), whose married lover refuses to have a child with her. She meets Anna (Gyöngyvér Vigh), a teenager who’s estranged from her parents but isn’t legally allowed to marry her older boyfriend. Kata even allows them to hook up in her rural home. There is a mundanity to the women’s lives that is close to morbidity. Both, in their different ways, are wounded, independent, walking their own paths. This, across generations, is a connection, an intimacy. Once, they go to a lakeside restaurant, where Anna asks for two cognacs and two fried livers; the male diners look at her—and Kata—quizzically, hopefully. “May I?” they ask. But the women, resembling odd lovers, are too entwined in their own complicities. The end, a freeze frame, is as dramatic and unknowable as that of The 400 Blows.

Mészáros herself has never denied that her films are bruise-marked by her difficult early life. Her father, a sculptor and a man of the left, moved to the Soviet Union in the mid-1930s but was arrested on spurious grounds in 1938 and executed at the end of World War II (though the details were withheld for decades). Her mother, also an artist, died in 1942. Diary for My Children (1984) is the first part of a trilogy—which also includes Diary for My Lovers (1987) and Diary for My Mother and Father (1990)—that revisits this dark time and its bloody aftermaths, the cussed bravery of those Hungarians who refused to go along with the state-sanctioned worship of Stalinism in the 1950s, and the brutal repression that followed the populist uprising in 1956. 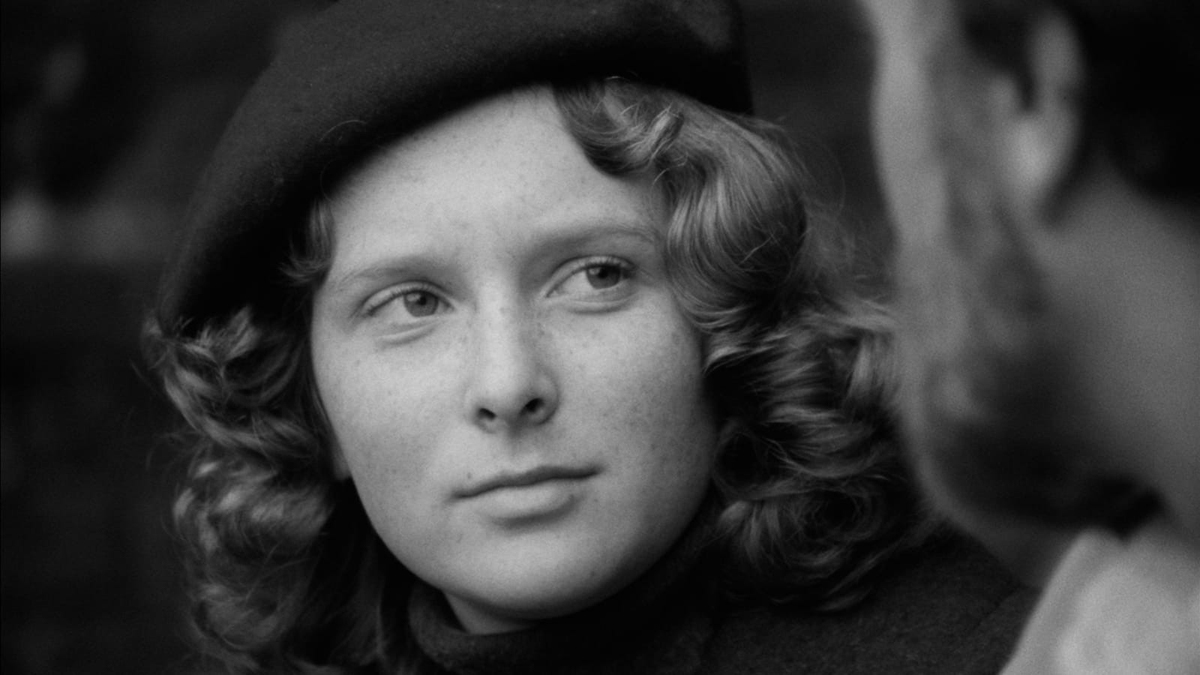 Zsuzsa Czinkóczi as Juli in Diary for My Children. Courtesy Janus Films.

The Diary films, which make piercing use of archival and propaganda materials, follow the orphaned and clearly autobiographical Juli (a mesmerizing Zsuzsa Czinkóczi) as she returns to Hungary from the Soviet Union and is adopted by Party official Magda (Anna Polony). The pair lock horns. Juli finds escape in the cinema and later studies filmmaking in Moscow. But her dreams of her missing father resemble night terrors. Often her skin erupts, leaving her face as damaged as the rubble-strewn streets where she grew up. Any residual optimism she transfers to Magda’s friend János (Jan Nowicki), who himself is jailed as an ideological heretic.

Here is loneliness unlimited. Trauma tales experienced by tens of millions of Europeans not so long ago. Humiliations and brutalities that still linger beneath the social surface, waiting to be resurrected and weaponized by cynical politicians today. Throughout the trilogy, Juli—like all the women in Mészáros’s films—is watching, headstrong, an island of one. She is young and so very old.

One scene toward the close of Diary for My Mother and Father is especially hard to forget. A boisterous New Year’s Eve party is thrown, and a motley crew of costumed old-timers—government loyalists and apostates, betrayers and the betrayed—high-step to gramophone tunes. János links arms with a weary Magda. There is much drink, a mounting hysteria. Is this reconciliation? It looks more like a dance macabre.

The film, as livid as Patricio Guzmán’s The Battle of Chile trilogy (1975–79), was released the same year that free elections were finally held in Hungary. Amnesia was to be the masterplan going forward. Mészáros’s work, though, serves to exhume an inadequately buried past. It is a soulful and defiant keening.