Literature
Machines in the Head

The clarity of despair: short fictions by Anna Kavan. 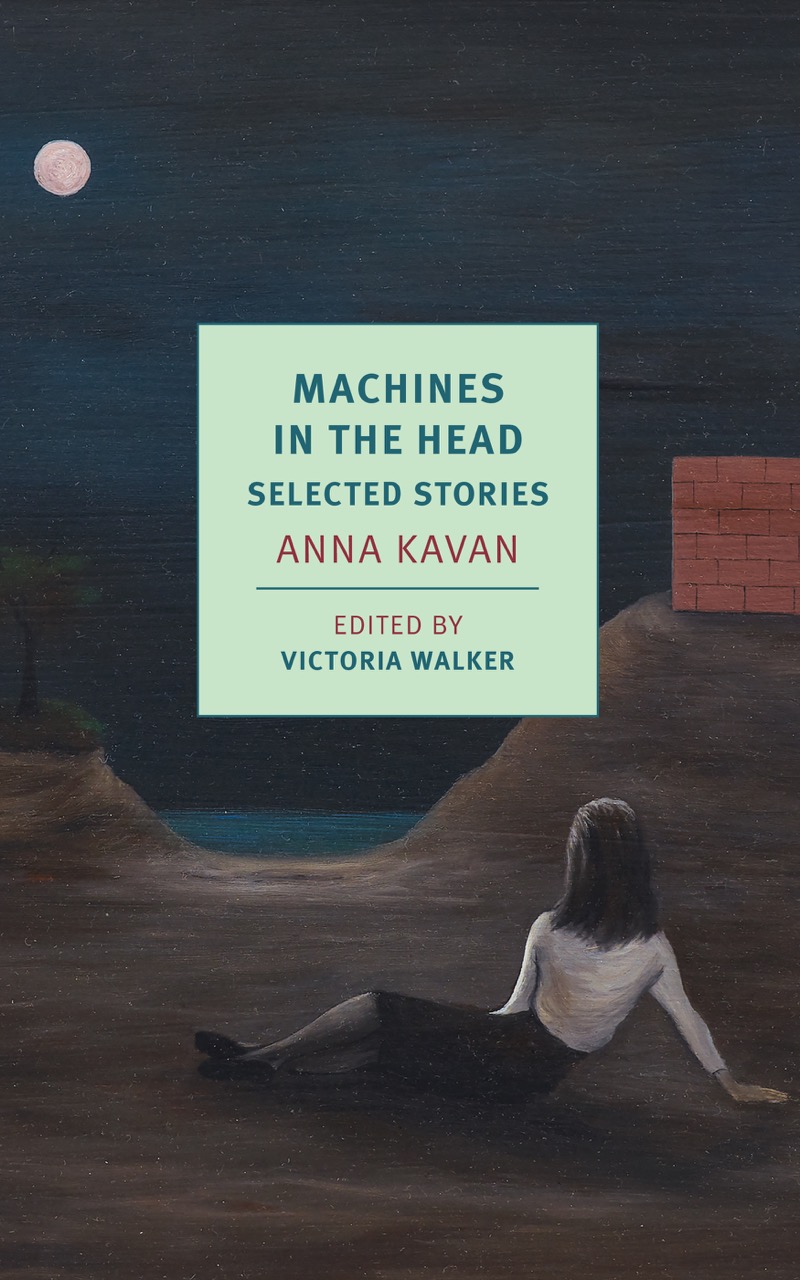 A decade or so ago, Jonathan Franzen delivered a lecture, later published as the essay “On Autobiographical Fiction,” in which he argued that the work of Franz Kafka is “more autobiographical than any realistic retelling of his daytime experiences.” The reason was dreaming: both the dream of fiction, shared by writer and reader, and the particular parameters of the author’s inner life. “Work like Kafka’s,” Franzen concluded, “which seems to proceed directly from dream, is therefore an exceptionally pure form of autobiography.”

Something similar might be observed of Anna Kavan, the British novelist and story writer who died in 1968 at the age of sixty-seven. Kavan was a pseudonym for Helen Ferguson, who published six novels under her own name between 1929 and 1937—including two in which a character named Anna Kavan appears. In a very real sense, then, Kavan was a creation, not a stand-in or alter ego so much as a character dreamt into being. Beginning in 1940, she published ten books of fiction using her adopted identity; several others have been issued posthumously, including the newly available Machines in the Head: Selected Stories, edited by Victoria Walker, which gathers twenty-four works of short fiction spanning nearly thirty years. “This shift from literary character to living writer,” Walker explains in a foreword, “reflects significantly on Kavan’s writing, for the complexity of the relationship between reality and fiction is a preoccupation of her novels, stories and journalism.” This is writing, in other words, where, as in a dreamscape, the line between experience and imagination is irrevocably blurred.

I’d never heard of Kavan before encountering Machines in the Head, which is a remarkable collection, composed of narratives so relentlessly self-eviscerating that to read them feels like peeling off your skin. That’s because Kavan is not especially compelled by the banalities of conventional fiction. Many of her stories are only incrementally plotted, unfolding for the most part in a kind of never-ending present tense. “How hard is it to sit at home with nothing to do but wait,” she reflects in “Airing a Grievance,” which involves a patient or penitent—in Kavan’s writing, there is often little difference—seeking an audience with an “official adviser” who may be either a lawyer or a psychologist, it is never clear.

As in the stories of Kafka, whom she admired, such ambiguities are intentional, woven into the fabric of not only the narrative but also the universe; we have the sense that what she is creating is less fiction than a set of field notes, case studies, reports back from the edge of an emotional breach. Certainly, that’s consistent with her biography, which includes a history of heroin addiction and institutionalization. (It’s no coincidence that the first book she published as Kavan was called Asylum Piece.) In that regard, it doesn’t seem a stretch to suggest that taking on the persona of one of her characters allowed Kavan a certain freedom, the breadth not to hide but to reveal herself more fully from the perspective of a persona, or a shadow, brought to life.

What Kavan is evoking is a complicity, a terrain in which her characters—often nameless, caught up in existential crisis, existential desolation—express, in precise and specific detail, the parameters of their distress. There’s not a lot of action because that distress is all-consuming. It hovers like a cloud through which the outer world remains at bay. “They do not know what fog is like,” one of her narrators insists, describing the insulation, material and otherwise, of her patrons; “it is only a word to them. They do not know what it means to be sad and alone in a cold room where the sun never shines.” That we never learn why this person is in need of patrons is part of the point.

Kavan seems uninterested in narrative momentum, or perhaps it is more accurate to say that she doesn’t believe in it. The environment of her fiction is one of stasis, in which torpor is its own state of being. “His apathy was so profound that it was not far removed from unconsciousness,” she writes in “Face of My People,” describing a soldier who has undergone an unnamed trauma during war. The specifics of the trauma, of the conflict, are unimportant. It is the moment-to-moment circumstance Kavan means to reproduce. “How did all this atrocious cruelty ever get into the world,” she asks in a brief piece called “The Gannets,” “that’s what I often wonder. No one created it, no one invoked it, and no saint, no genius, no dictator, no millionaire, no, not God’s son himself, is able to drive it out.” There’s both hopelessness and clarity in such a posture, which is the inner landscape in which Kavan and her characters exist.

That’s not to say the voices in Machines in the Head are disembodied; their desolation is as concrete as it gets. This may be the most striking aspect of Kavan’s fiction, the precision with which she recreates despair. The key is her language, which is utterly without illusion. “We got through the time somehow,” the narrator of “Ice Storm” tells us, describing a visit with friends, “and went to bed.” What a magnificent sentence, expressing, as it does, the futility of existence, which in Kavan’s universe is little more than a waiting game. Even the collection’s later stories, which can be more expansive, with settings that we recognize—“Ice Storm” takes place in suburban Connecticut—operate out of, if not ennui, then inertia, as if the characters had consigned themselves to fate. “Fog” begins with a woman driving, “calmly contented and peaceful, and there was no need to rush.” Almost immediately, however, Kavan undercuts this, acknowledging that the pleasurable sensation “was injected, of course.” If the syringe (or “bazooka,” as Kavan refers to it in a different story) offers any respite, it is respite of a very tenuous sort. That becomes apparent once the narrator is arrested for a hit-and-run she doesn’t, at first, remember having committed. “I suspected,” she admits, “that I was about to lose my detachment, and then everything would become intolerable.”

Here we see the conundrum of Kavan’s fiction: living is unbearable, but so too is its alternative. The only consolation must come from the inside—the dreamlife, as it were. And yet, what happens when the dreamlife is defined by nightmare, as it is in Kavan’s work? “So many dreams are crowding upon me now that I can scarcely tell true from false,” she writes in a passage that echoes the title of the collection: “dreams like light imprisoned in bright mineral caves; hot, heavy dreams; ice-age dreams; dreams like machines in the head.” What she, like Kafka, is describing is the experience of having nowhere to turn.